A hundred years ago there were dozens of small brewing houses across Bohemia and while the majority no longer exist, there's one that continues brewing its own dark lager even today. A pub, restaurant and brewery in Prague called U Fleků which is as quintessential to the tourist experience – at least as far as beer hunters are concerned – as seeing Prague Castle and Charles Bridge.

U Fleků, photo: Ondřej Tomšů
Beer has been brewed at U Fleků for hundreds of years: it was founded all the way back in 1499. The name dates back to Jakub Flekovský who bought the establishment in 1762. The site boasts a beer garden and eight halls which were once frequented by some of Bohemia's best-known cultural figures, such as writer Jan Neruda, songwriter and lyricist Karel Hašler, or opera soprano Emmy Destinn.

As a pub and restaurant U Fleků serves traditional Czech meals; it can accommodate up to 1,200 visitors. Attendees can take tours of the original brewery and visit the on-site museum, and learn more about how U Fleků's home-brewed dark beer is made. You can't get it anywhere else. Stanislav Derous, a guide at the venue, spoke to Radio Prague.

“Our beer is all-natural, it’s not filtered or pasteurized, it has a high Vitamin B content but it also only has a three-week shelf life. You can’t compare this beer with bottled beer you keep in your fridge.

“We are one of the smallest private breweries in the country. Only two people work as brewers and they make 6,000 litres of beer once a week. The average daily consumption at the pub is about 500 litres per day. Of course, during the peak season or for big events it sometimes happens that we have to brew more. Otherwise, 6,000 litres is enough.”

As for the characteristics of U Fleků’s home brew?

“It is not a black beer it is a dark lager. It is not as sweet as some black beers and at the same time it is not as bitter as the original pilsner, Pilsner Urquell.” 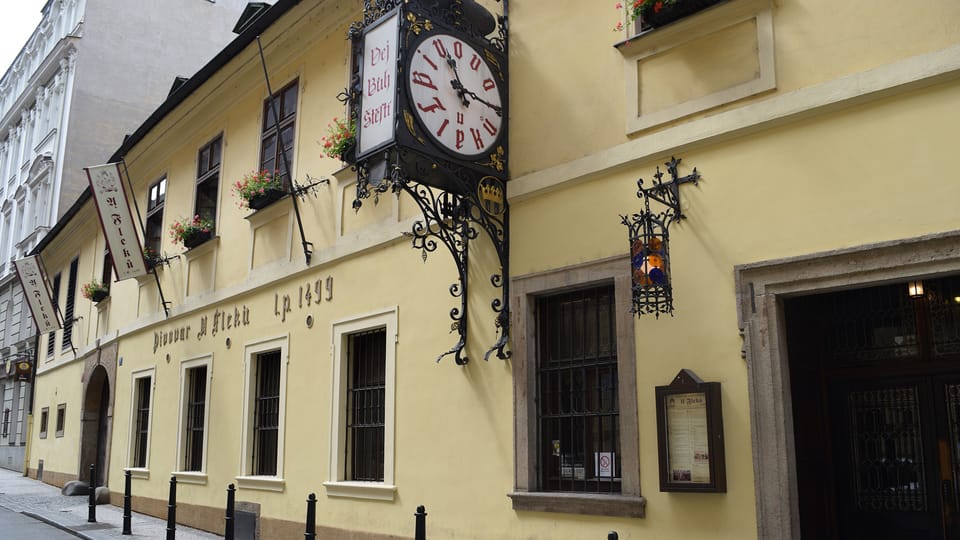 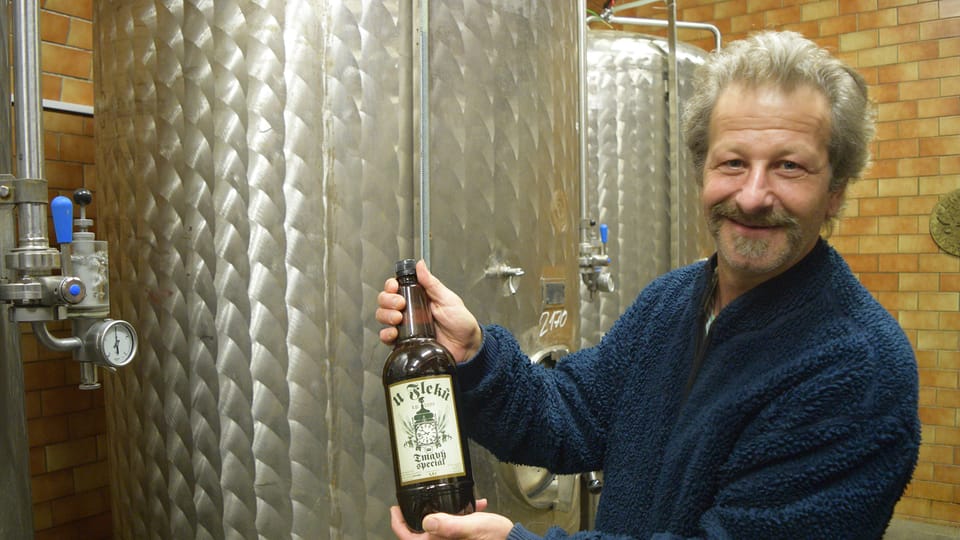 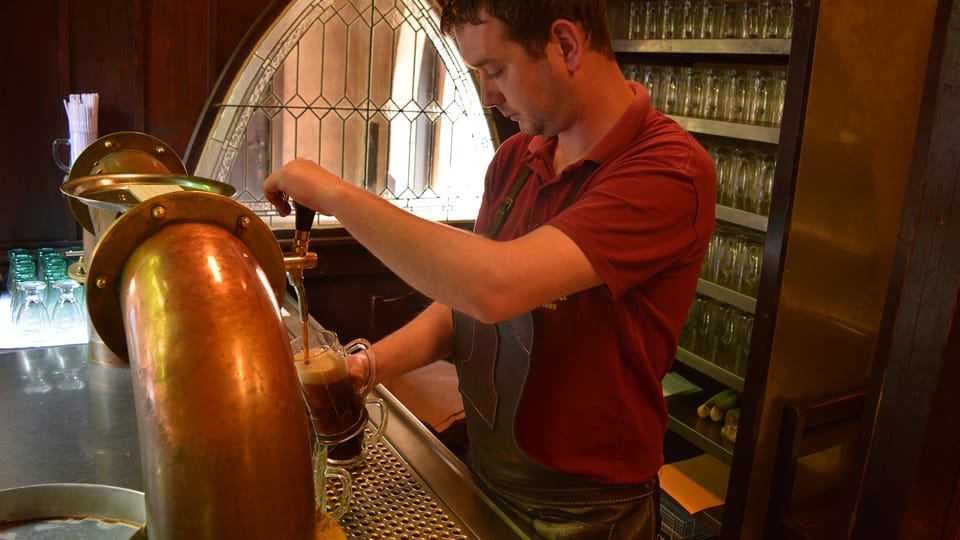 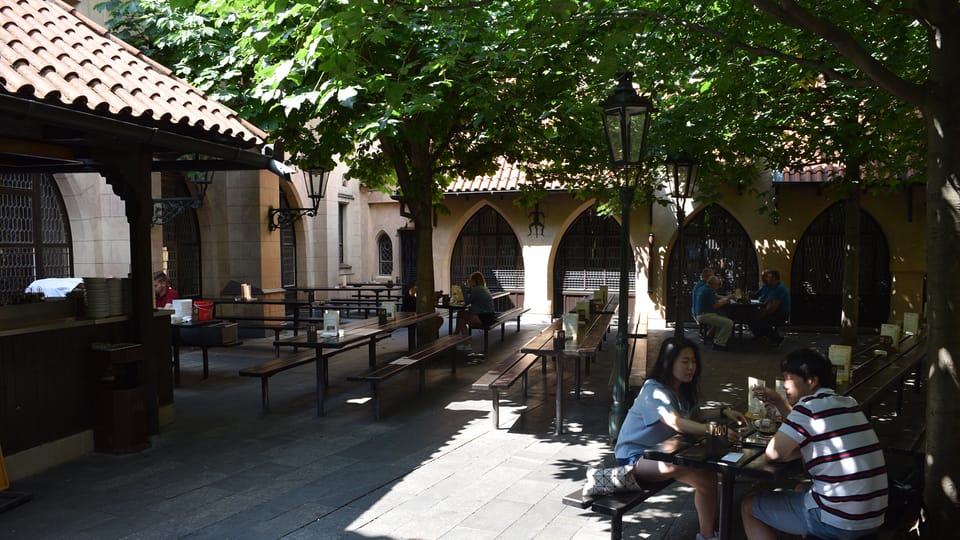 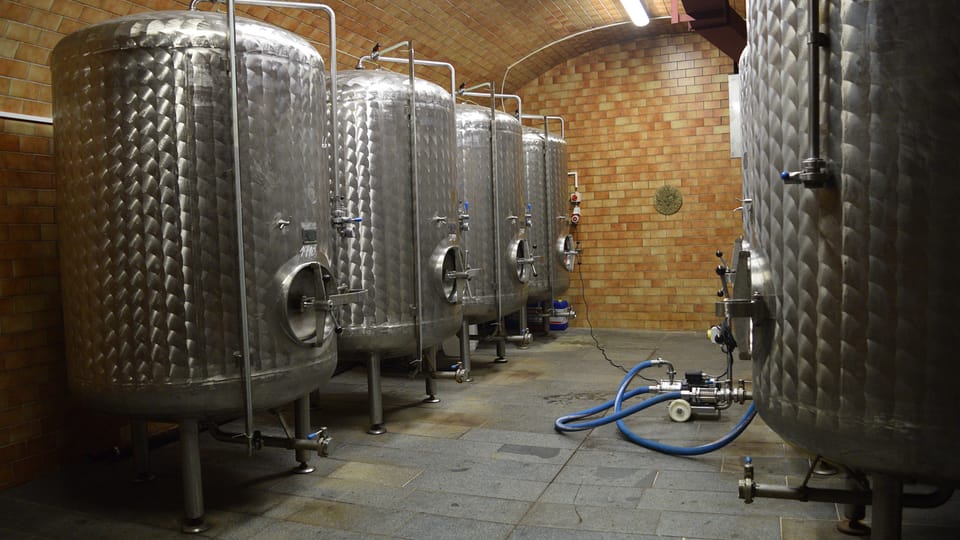 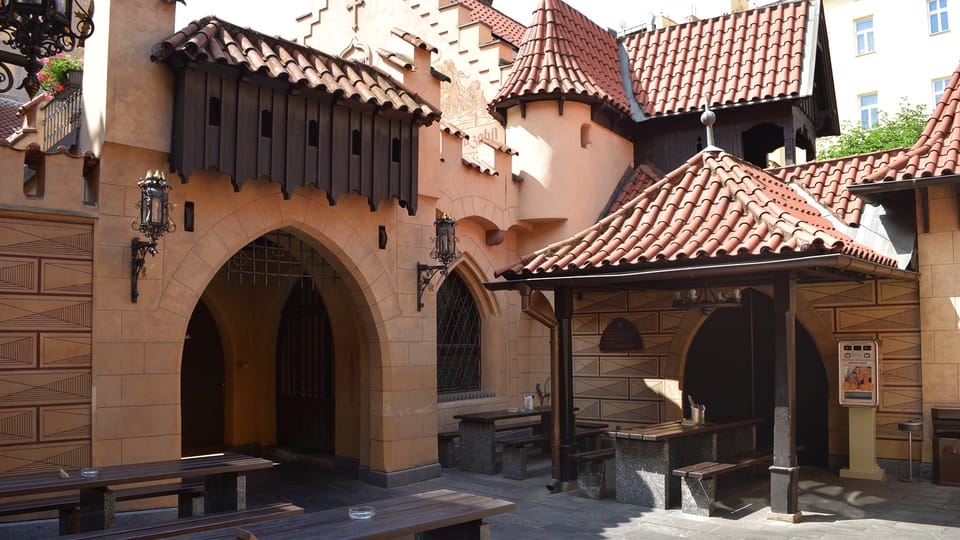 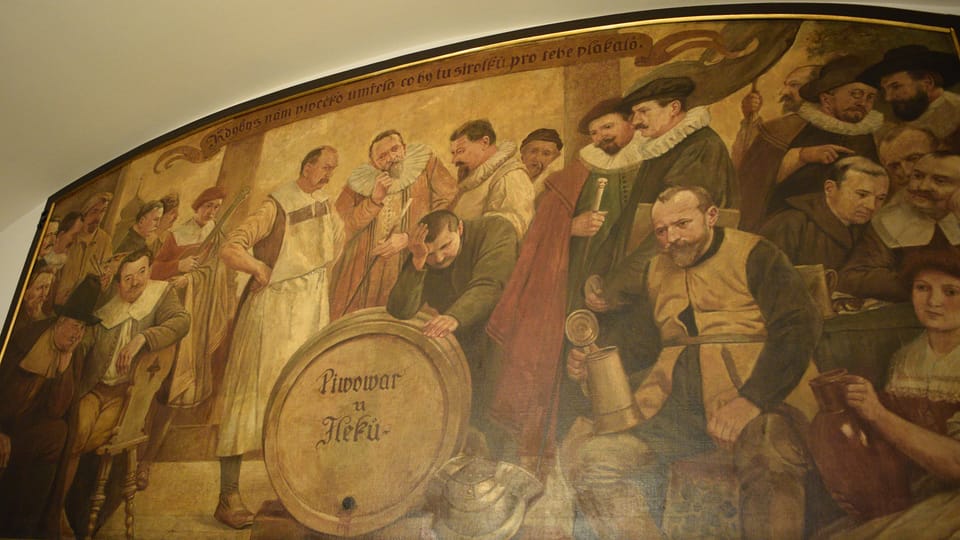 U Fleků counts visitors from all over the world but has remained especially popular among the German-speaking clientele, who Stanislav Derous says continued to frequent the pub even under communism when it was run by the state (it has since returned to private-ownership following restitution). German visitors continued to visit even in the 1970s and 1980s, says the guide and the pub was kind of a meeting point between West and East.

“The Germans are the biggest part of our clientele. Some come back for nostalgic reasons, some were members of families that were torn apart during the post-war period and under communism. This is where many of them came to meet, a kind of cross-point of East and West.”

You don’t have to visit U Fleků as a regular or even to drink but rather take a tour of the brewery itself, to see how the brewery operates behind the scenes. The tour includes a beer tasting, of course. Stanislav Derous again:

U Fleků, photo: Ondřej Tomšů
“People who come on the excursion of course get to taste the beer and then they see the brewery itself. Tours are in different languages: English, German, Italian and so on. We get a lot of people from all over the world: Swedes, Brits, Russians, Japanese, Indonesians and of course also Germans and Czechs.

“Europeans probably still outnumber visitors from the rest of the world, at least in the spring. If you want to invite someone out, it’s the kind of place people choose. Today, and it is still early, you can see that the beer garden has already begun to fill up.”

If you opt to stop by for a cold mug of dark beer and a traditional meal, you may choose to sit inside one of the many halls. In one area, you may notice a plaque commemorating, rather surprisingly, the founding a well-known European football club.

“In this corner you can see a plaque commemorating the founding of first league Croatian club Hajduk Split in 1911. So in the summer we also get hordes of Croatian visitors.

“There were Croatian students studying at Charles University who used to drink beer here and were homesick and founded the club. So we don’t need any real PR as far as Croatian visitors are concerned. Word-of-mouth has worked for our pub for 500 years!”

Fabijan Kaliterna, Lucijan Stella, Ivan Šakić and Vjekoslav Ivanišević. They went to the pub following a derby between Sparta Prague and Slavia and decided their own hometown, Split, should also have a club. That is just one small facet of U Fleků’s long history.