Nymburk - back to the First Republic

Nymburk - back to the First Republic

Nymburk is a small town located about 30 kilometres north-east of Prague. It is situated on the banks of the Elbe river, which flows westwards from its source in the Krkonoše mountains, and along an area of vast plains stretching from beyond Hradec Králové all the way into Prague. Nymburk lies at the heart of this absolutely flat landscape – there’s not a single hill in sight here.

Photo: Dominik Jůn
Upon arriving in Nymburk by train, it’s easy to get the wrong impression that there isn’t much to see in this small town. Vast factories surround the railway lines. But Nymburk grows on you. The longer you stay, the more you find...

The town’s most famous feature is the remaining sections of Nymburk’s medieval fortifications. One long section is perfectly preserved – a vast red brick structure with tall walls with merlons on top. In between this a line of tile-roofed watchtowers. Construction of this vast defensive structure began under the reign of Ottokar II of Bohemia during the 13th century. The rare use of bricks is believed to be down to a lack of quality stone in the area. The fortifications were seriously damaged – and most of the town destroyed by the Swedes – during the Thirty Years’ War in the 17th century. The walls visible today were rebuilt during the early 20th century.

Other historical curiosities include the early Gothic era Church of St. Giles situated in the town centre. Once again, it dates back to the 13th century. And once again reconstruction occurred during the early 20th century. Not far from the church there’s also a curious heptagonal late 16th century Turkish Tower, originally built as a water tower.

Water Tower, photo: Dominik Jůn
But where Nymburk really begins to shine is in its late 19th and early 20th century architecture. One example is the looming white Art Nouveau Water Tower, built in 1904 – and which continues to function to this day, despite now being a protected cultural monument. Walking the streets, suddenly one can’t help but absorb a sense of past First Republic glory – the swinging 1920s; the First Republic Masaryk era of freedom and prosperity, which many Czechs continue to glorify to this day – before the grimness of Nazi and then Soviet occupation set in.

To that end, one finds a number of remarkable testaments of this age. The most prominent is the large Hydroelectric Power Plant on the Elbe, which spans the entire river. Built between 1919 and 1924, it’s huge metal chains, charming towers, and impressive design serve to take visitors back in time. Across the river, one finds the wonderfully quasi-Functionalist Hotel Ostrov, built in 1922 in the Empire style, meaning plenty of white columns and other opulent adornments.

Countless architectural curiosities dot Nymburk – once you begin to notice them, they appear to be almost everywhere. The Hálkovo Town Theatre is another example – it’s existing Functionalist form dates back to 1936. Large windows, a series of white cube shapes – it is quite simply a quintessential design. Another key place to visit is the Nymburk crematorium. The main building was built between 1922 and 1924. It’s a unique structure comprising a spherical top floor and a cube-like lower floor, adorned with a series of pillars. The design style is known as Purism – the effect managing to be both retro and futuristic at the same time.

Nymburk’s fortifications, photo: Dominik Jůn
The sheer number of these architectural oddities in Nymburk boggles the mind. Even walking down residential streets one comes across houses with circular windows, walls covered in small blue tiles, held up by dark blue pillars. Or beige doors with dark brown frames and light brown glass windows. One begins to wish a trip back in time were possible here to the 1920s and 1930s. The word that comes to mind is “funky”.

Add to that a series of charming small bridges in the centre over the tiny River Mrlina which flows around the town centre and then into the Elbe. Not to mention the late Stone Age Nymburk Prehistoric Burial Mound – today encased in a modern building, the archaeological site dates back to 3,600 BC, but was only unearthed in 1994. Nymburk is a weird and wonderful place to visit, just a short hop away from Prague. Highly recommended. 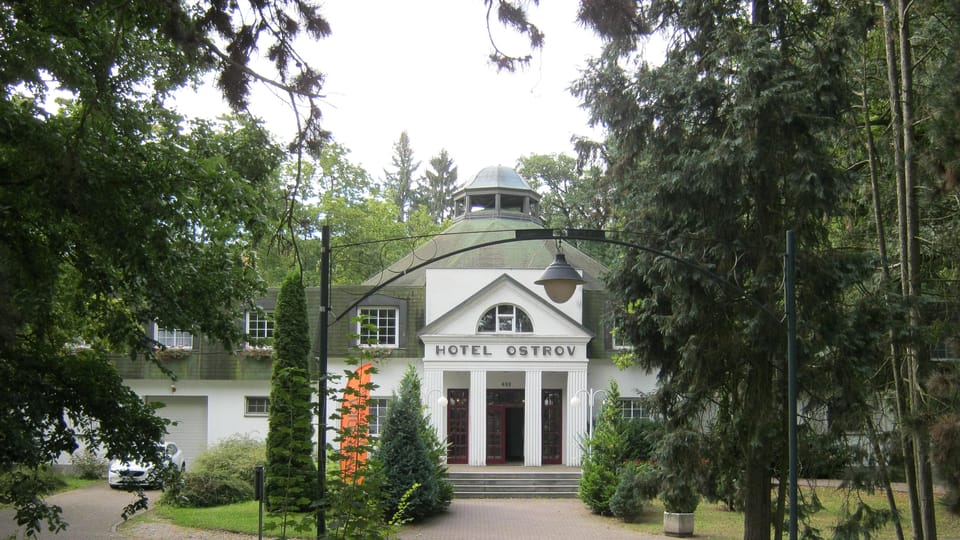 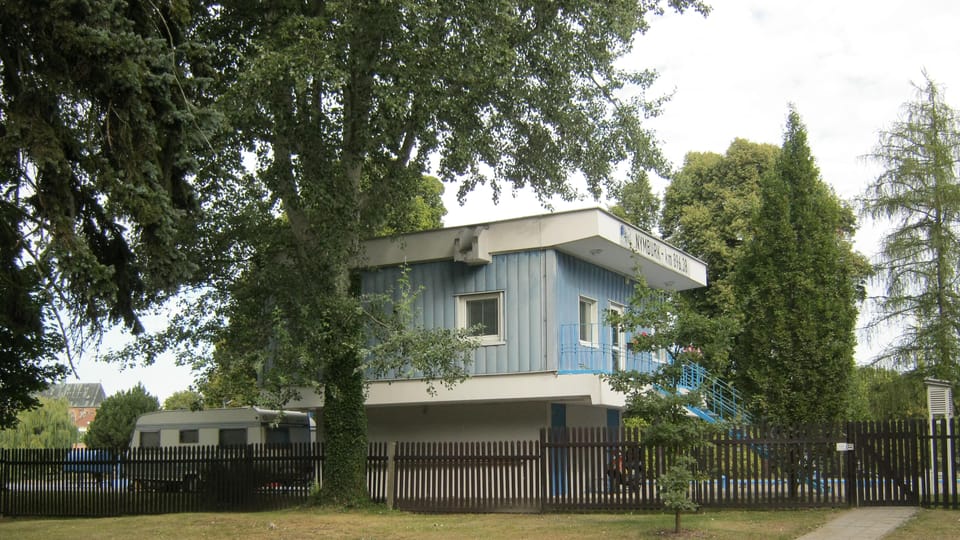 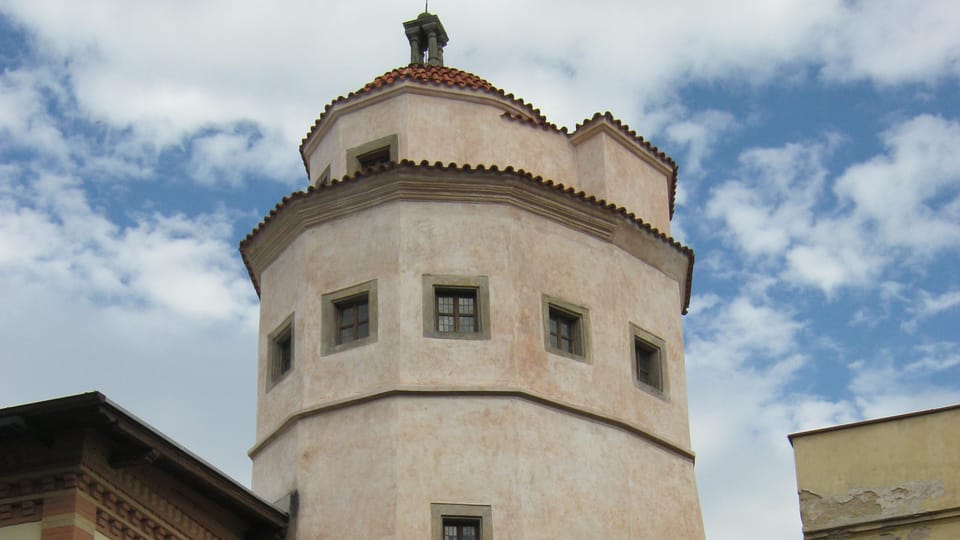 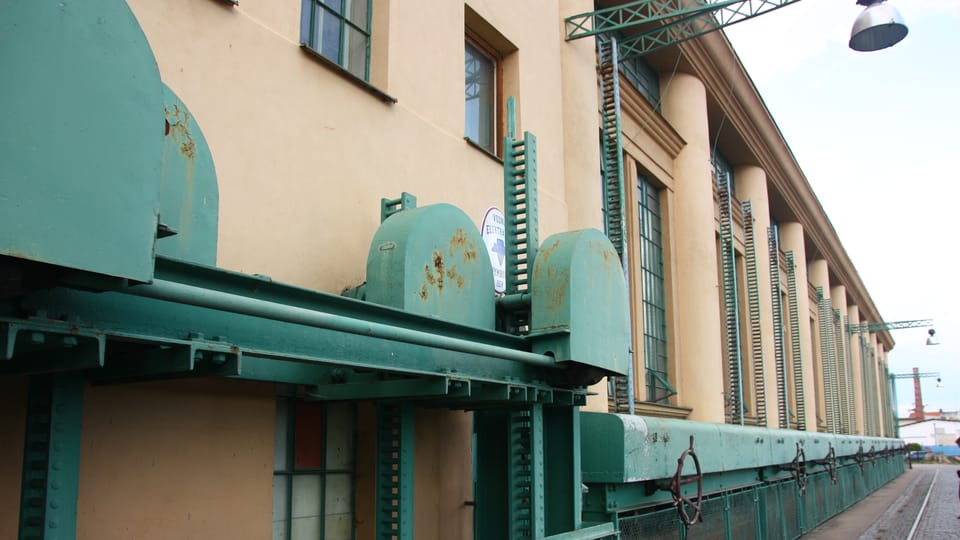 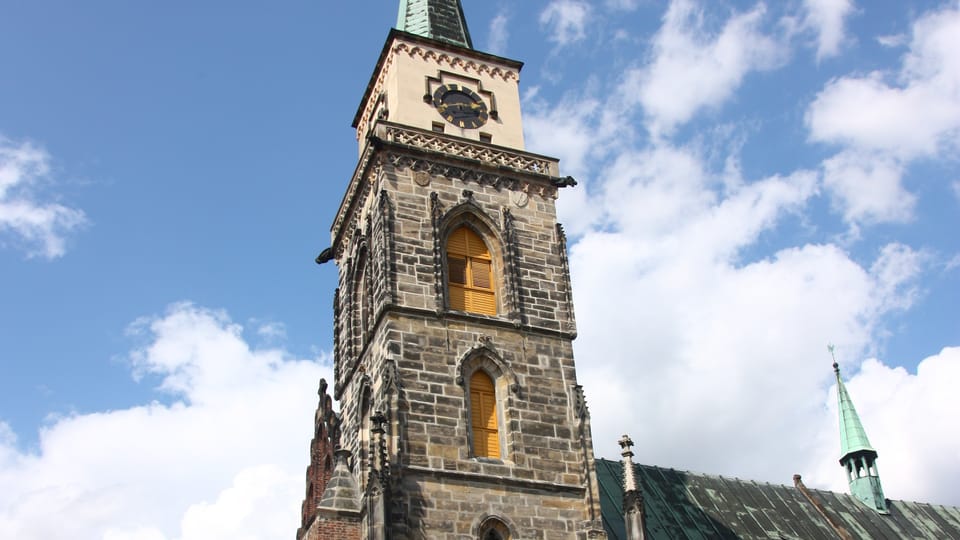 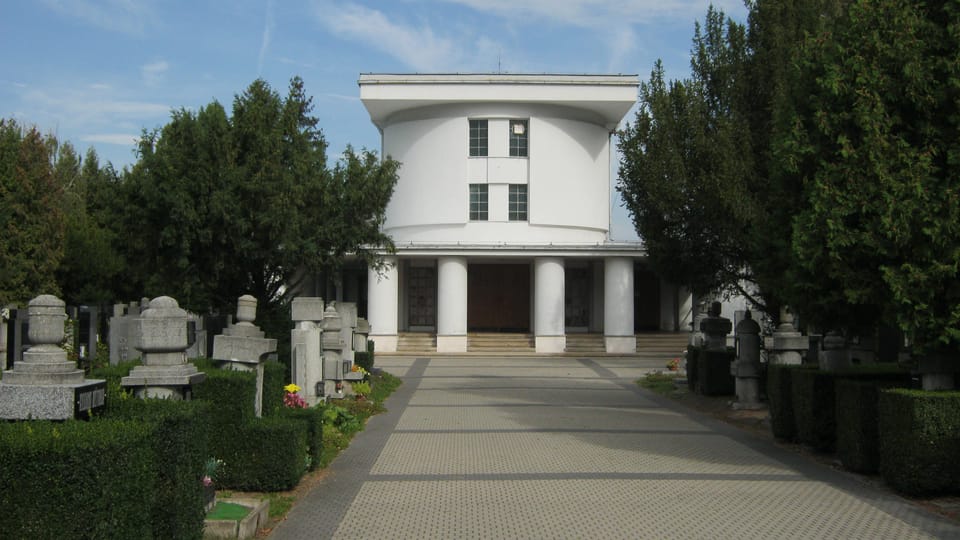 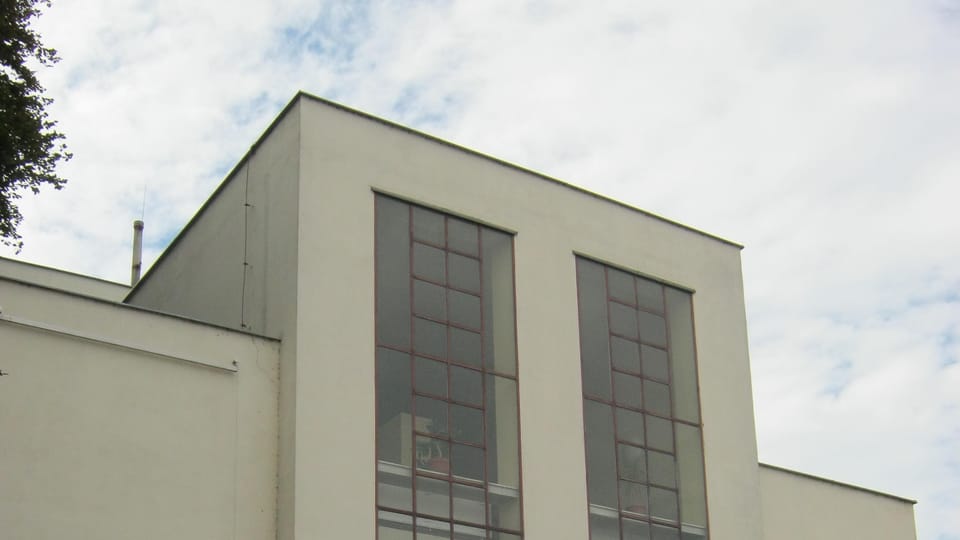