The Czech Republic is known for its beautiful historic sights, picturesque cities and towns, chateaux, and castles. Few foreign visitors realize that the country has also numerous natural wonders. One of them is Moravian Karst with its famous Macocha Abyss and over 1000 caverns and gorges.

Macocha, photo: archive of Moravian Karst Administration
Local people knew that there were caves in this area since time immemorial. Archeologists found various artifacts from the Paleolithic period – or the oldest part of the Stone Age. But systematic exploration came only much later, at different times in different places. Jakub Gabriš from the Moravian Karst Administration shows me around the most visited Punkevní Cave:

“This particular cave was discovered in 1909 by Prof. Dr. Karel Absolon, who was the first scientist who systematically mapped this karst area. The first part of the cave that you can visit on foot was opened to visitors gradually between 1909 and 1914. The next part, where you can actually boat on the underground Punkva river was made accessible between 1920 and 1935.”

Encyclopaedia Britannia defines Karst as “a terrain usually characterized by barren, rocky ground, caves, sinkholes, underground rivers, and the absence of surface streams and lakes. It results from the excavating effects of underground water on massive soluble limestone.” In more simple terms, Moravian Karst was created by the interaction of water and stone over millions of years:

“Most of the karst area is of soft Devonian limestone. The age is from 360 to 380 million years. That is how long it took the elements to create the system we have here today.”

Jakub Gabriš then leads me through the caves. Some are relatively small and slightly claustrophobic, others are very large even majestic, like huge halls. All are artfully illuminated with lights of various colors to underline their unique beauty. The paths are lined with so-called dripstones created over millennia by limestone and other geological ingredients dissolved in the water that slowly penetrates the ground from the surface. 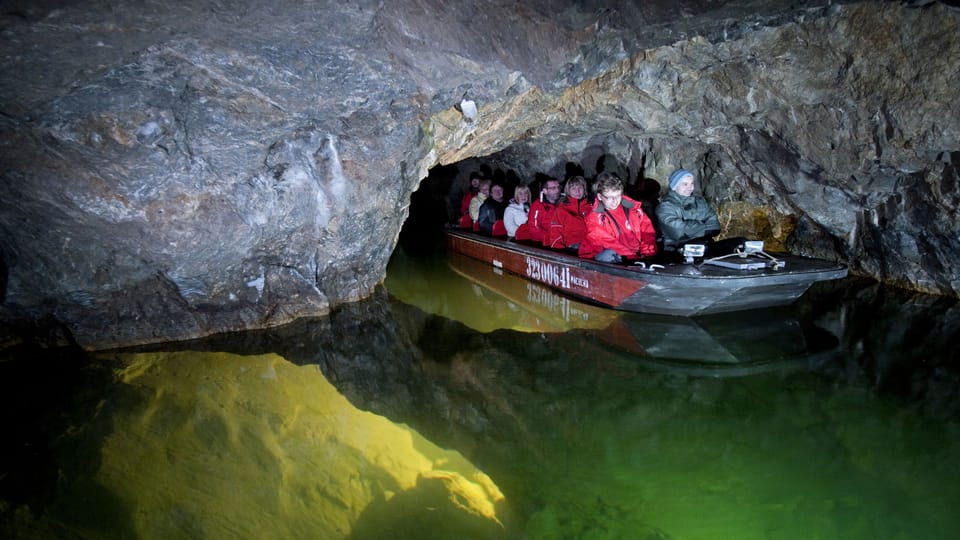 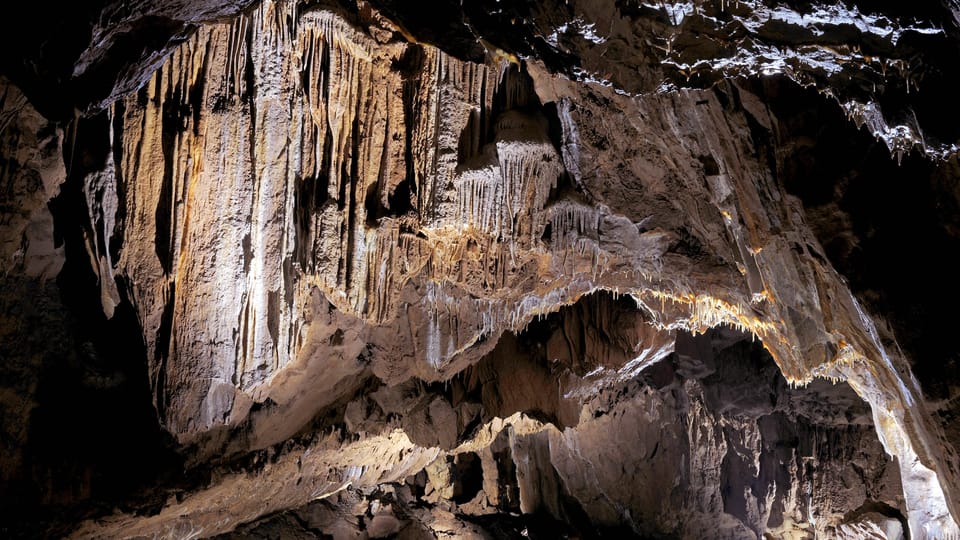 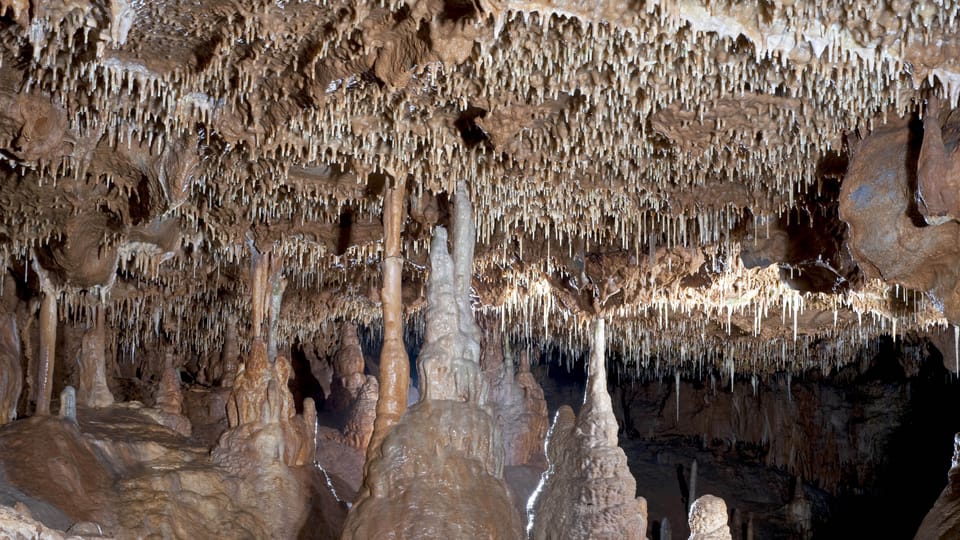 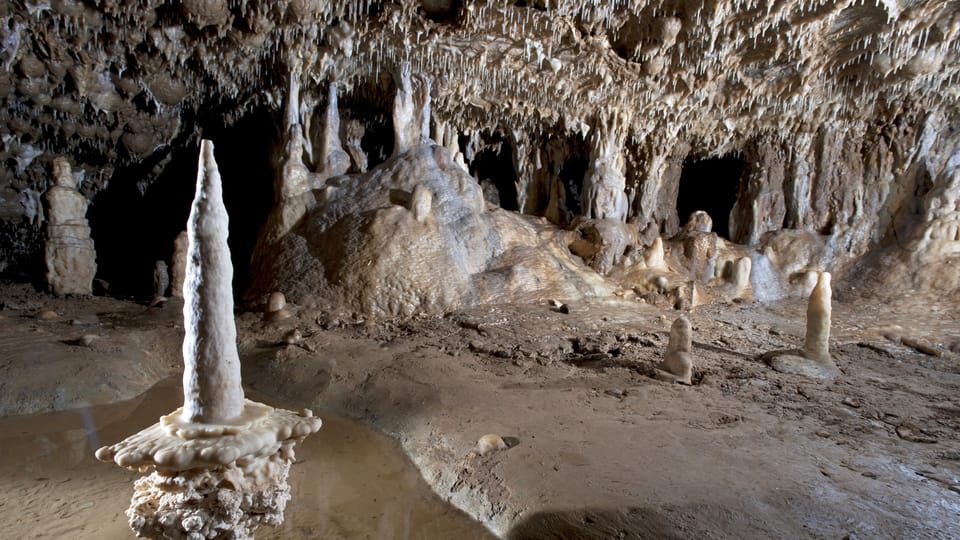 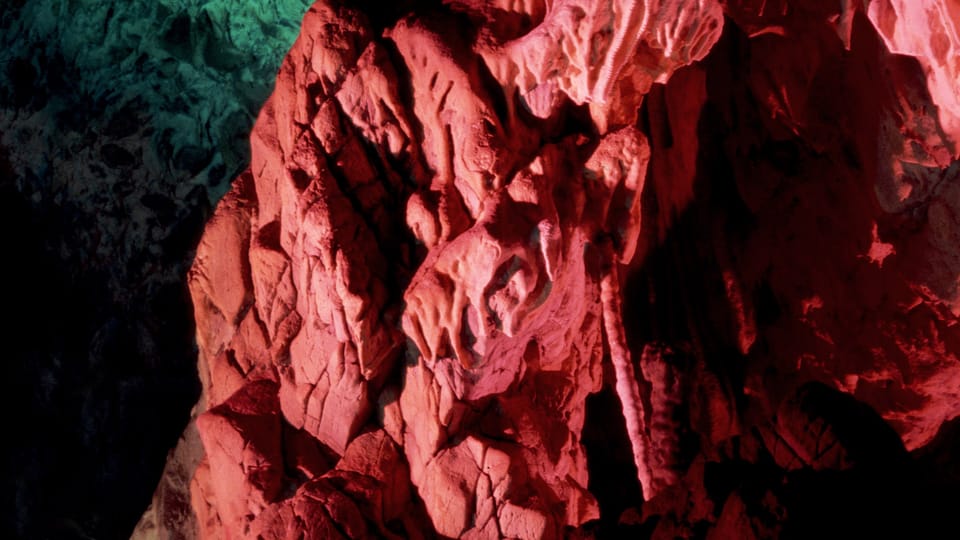 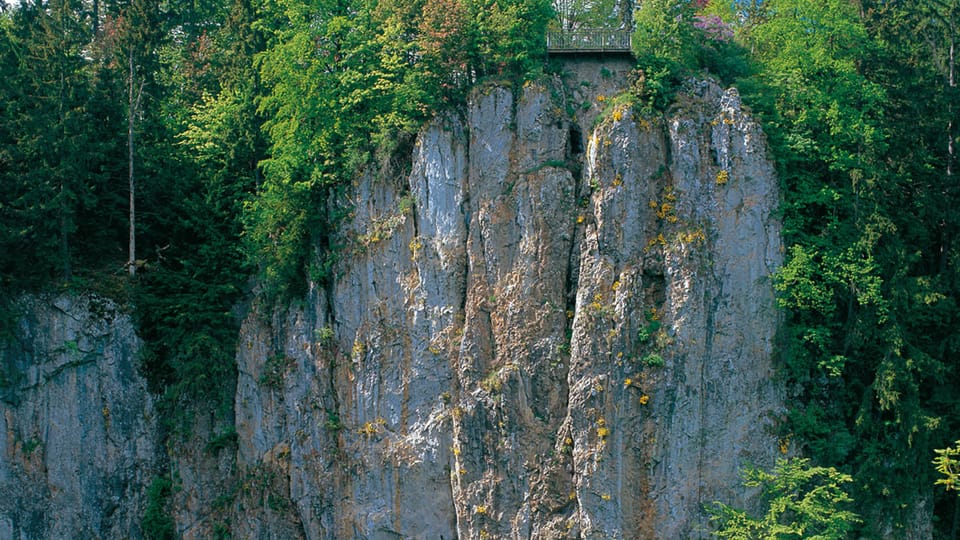 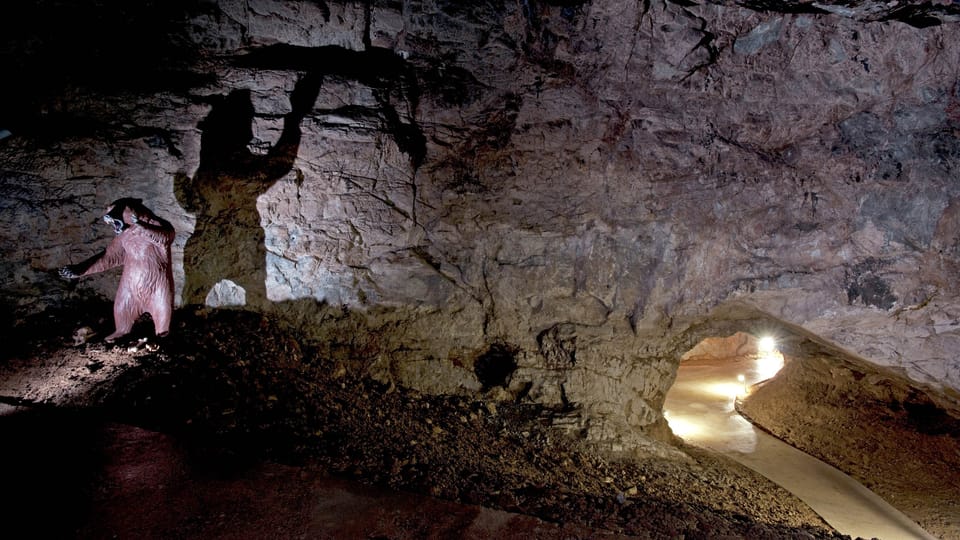 We finish our little tour looking again at the Macocha Abyss. For Jakub Gabriš this really is the heart of the Moravian Karst. Even if you do not have much time and you are just passing through this corner of Czechia, you should not miss it:

“It is difficult to describe its beauty and uniqueness. You really have to see it. It is 138 meters deep. And you can actually admire this incredible creation of nature not only from its bottom accessible via one of the caves but also from above from one of the two viewing platforms,”

says Jakub Gabriš from the Moravian Karst administration. Macecha or Macocha in the local Moravian dialect means step-mother. Should you be curious why the abyss got this peculiar name, there is a legend, a folk tale that the locals will tell you. Here is what I heard:

Once upon a time, there lived a farmer called Hálek. He was blessed with a young wife and a son and was doing just fine. Unfortunately, his wife fell ill and died. After some time he married again and his new wife gave him another son. But as often happens, she did not like her slightly older stepson who was due to inherit the whole prosperous farm sometime in the future as was the custom in the land. One day, farmer Hálek went to a market in a nearby town and took his younger son along. His wife said to her stepson: Come to the forest with me and help me gather some strawberries. So they went and she took him to a place where the villagers did not dare to go. There was a large black hole in the ground and no one knew how deep it was. She ordered the boy to go right to the edge of the abyss where the strawberries were most plentiful. And when he was carefully picking the berries, looking at the ground, she pushed him as hard as she could. The poor boy disappeared in the abyss crying with fear and horror. The stepmother ran away not looking right or left. But somehow she kept hearing the boy´s desperate voice. It would not leave her and she started panicking. She fully realized what she had done and was overtaken with fear of God's wrath. She lost her way in the deep forest and it was as if her own legs carried her back to the abyss. Covering her eyes she jumped in the darkness. Meanwhile, her husband and son returned home. A terrible storm started and the farmer realized that something bad must have happened. Despite the rain, wind, and thunder he started searching for missing wife and son. Close to the abyss, he heard faint crying. Looking down he saw his son clinging desperately to some branches and shrubs below the edge. He ran back to the village as fast as he could, gathered a few neighbors with ropes and ladders and managed to get his son out of the abyss just as he was losing his grip. The boy just cried and cried and could not answer when they asked him where his stepmother – or Macocha – is. Without words, he pointed to the abyss. And since then everyone has called it Macocha, as a reminder of a cruel foolish woman who died because of her greed.

Moravian Karst and Macocha Abyss are best accessible from Brno, the second biggest city in the Czech Republic. It is easy to find one of the operators that offer various kinds of tours with guides in English or other languages online. You can also find useful information on the website: www.czechtourism.com.