One of the most convenient spots for bathing and catching some rays in Prague is Žluté lázně, which is a tram ride down the Vltava to the Podolí neighbourhood. As well as enjoying places to eat and sports facilities, visitors can also take a dip in the Vltava itself.

Žluté lázně, which translates as Yellow Spa, is operated by a company named Taiko. It’s headed by Petr Hozák.

“The history of Žluté lázně goes back to 1910, the year of its establishment. At that time there was not only the Yellow Spa but also the Blue Spa and they were among the first riverside spas in Prague. They became very popular and a lot of people learned to swim here. Some people rented cabins here, where they could leave their stuff –instead of going to a cottage at the weekends, they would come here.”

“During the last regime it somehow lost its glory. Then there was a major milestone in 2002 when Prague was hit by heavy flooding. Žluté lázně was washed out completely. A few centimetres more and the river would have breached the embankment here. In 2005 our company began a renewal job. We took away many containers of debris that had washed up here in 2002. Since then we’ve been striving to continually improve the facility so that visitors enjoy our grass and sand sunbathing areas and the various sports facilities we offer.” 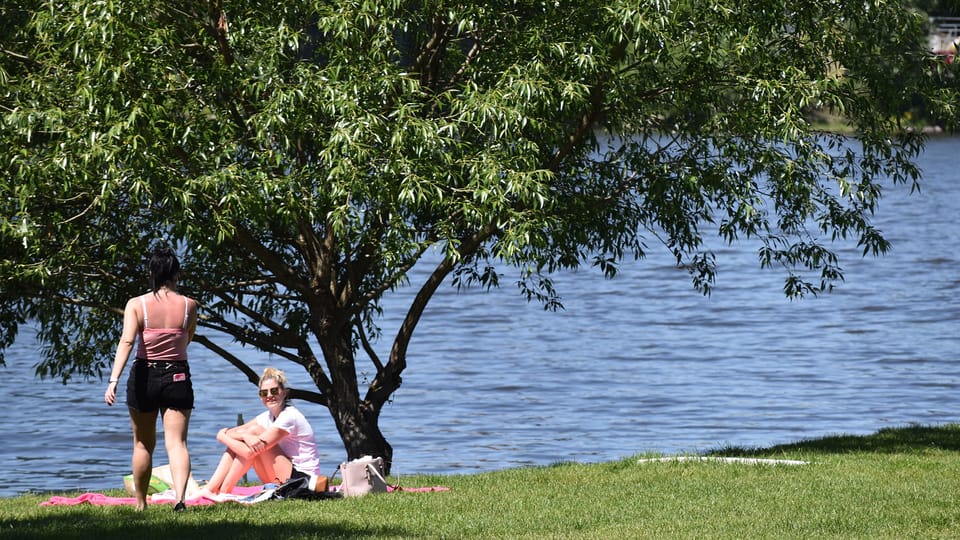 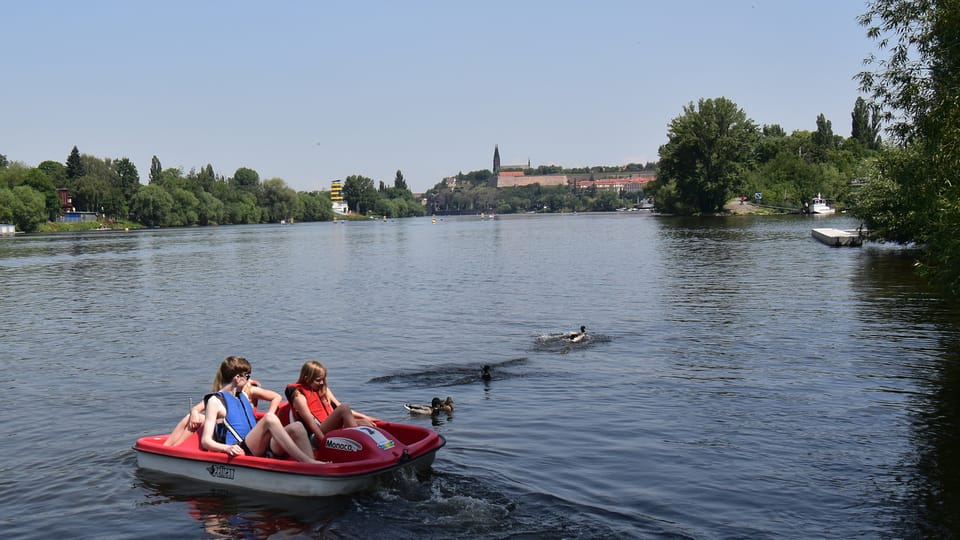 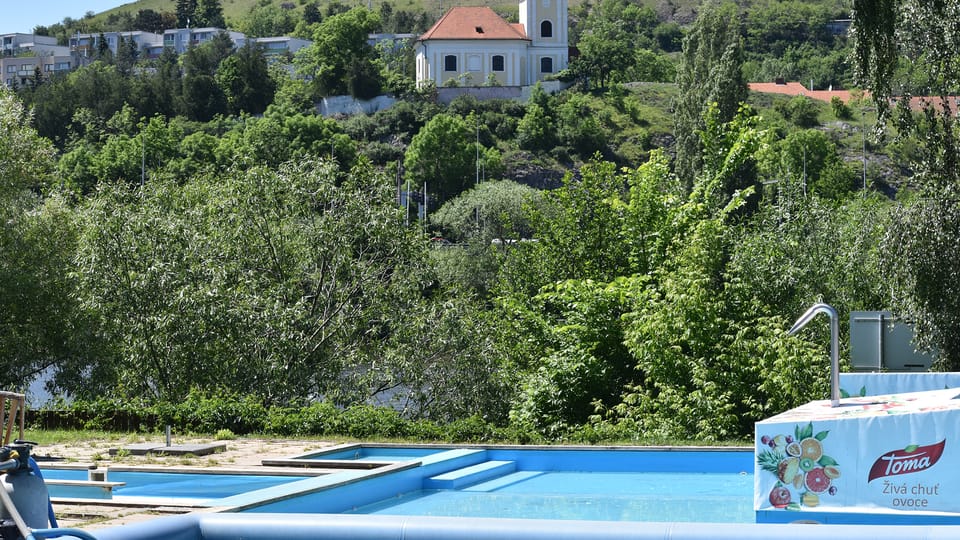 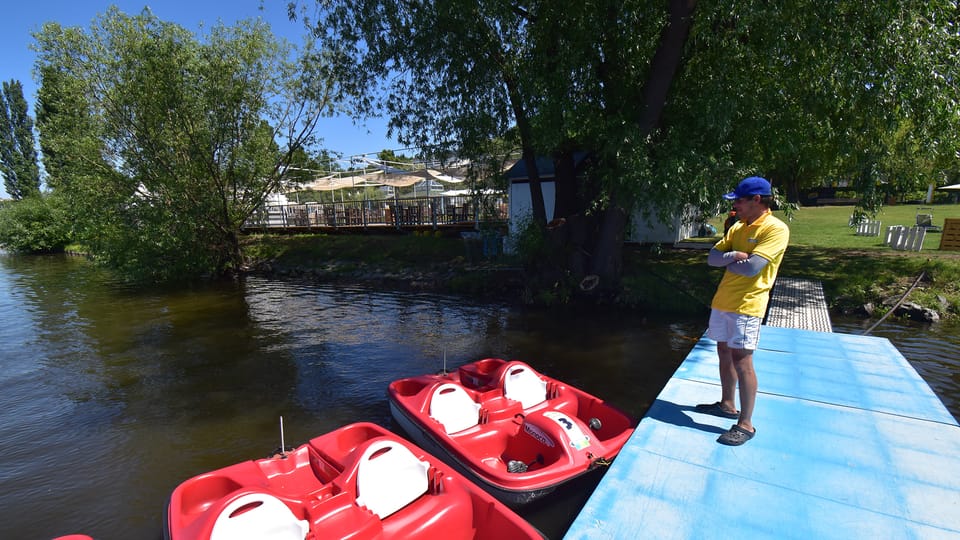 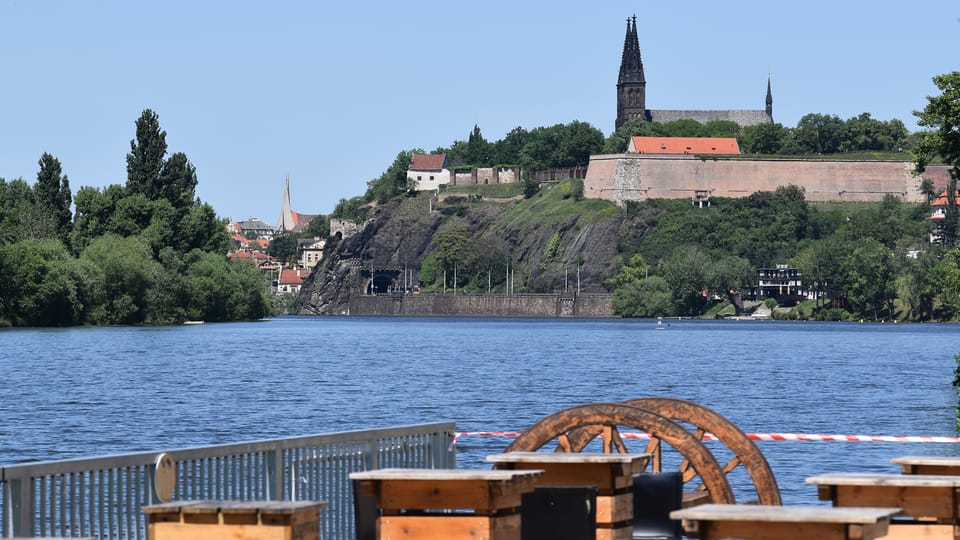 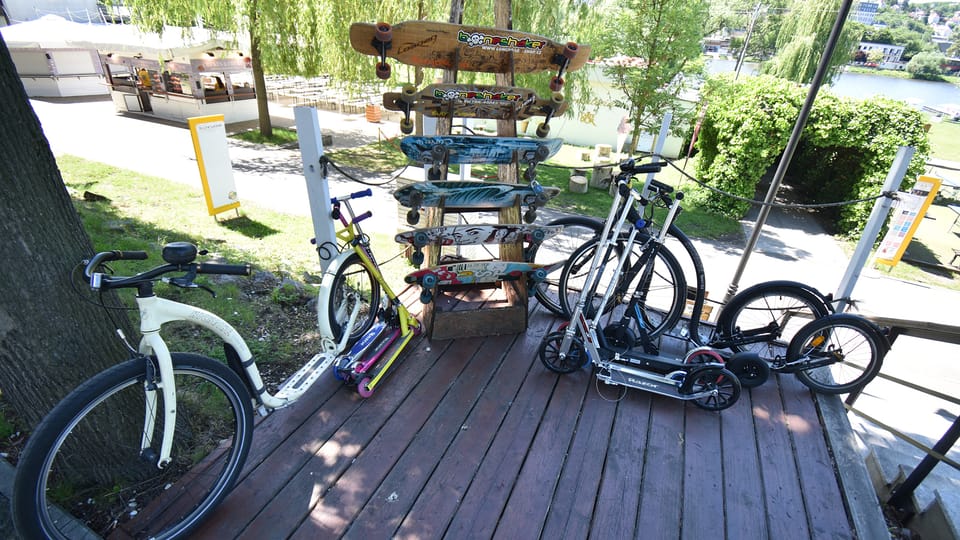 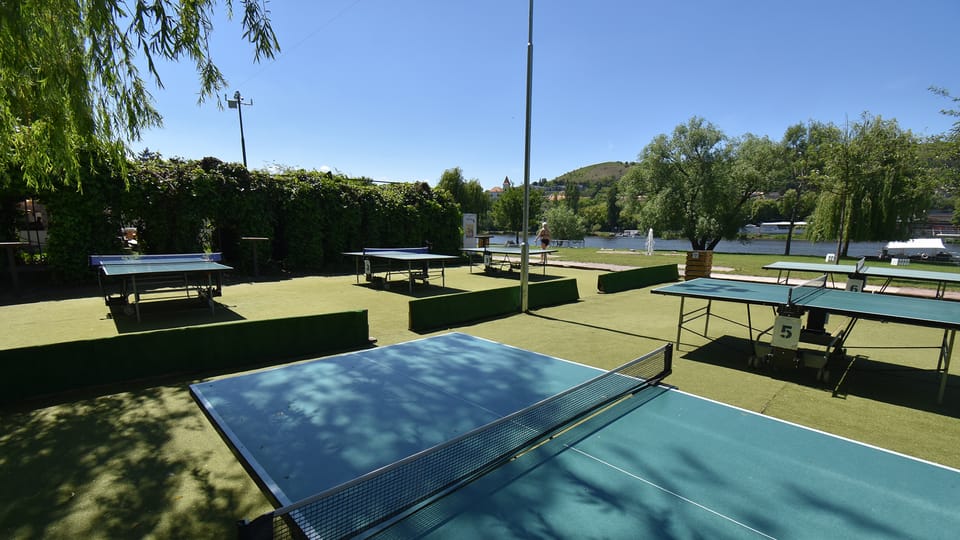 Mr. Hozák also explains where the complex gets its name.

“The reason is that from the very beginning there was a yellow fence running along the side of Žluté lázně. Last summer we also created an outdoor gym here, which we named the ‘Yellow Gym’. So yellow has always been a theme here and that isn’t going to change.”

Though it may not so be apparent from the embankment, Žluté lázně is quite a large facility. Jaroslav Buriánek, who runs the rental shop there, offers an overview.

“In terms of capacity it can hold up to 18,000 people. We have a special children’s section for mums and children with a large slide. There’s also a grassy meadow section, where people can lie in the sun and bathe in the Vltava in comfort. As well as that there’s a sandy beach section. So it really is a comfortable spot.”

The Vltava in Prague is much cleaner than it was 30 years ago. But is the river really clean enough to swim in in the capital? Jaroslav Buriánek says it is – though some locals are still resistant.

“The water in the Vltava really is clean. However, Prague citizens are subconsciously wary of it. They think, I’m never getting in the Vltava. However, we would love to change people´s mentalities, as our tests show that the river is in fact very clean – it even holds a title for this. There are no signs of bacteria in the flowing water in the Vltava, though it is different in static water. In the summer, the river’s temperatures fluctuate at around 20 degrees Celsius.”

Žluté lázně also offers such activities as paddle boards, motor boats and eFoil boards, which are extremely unusual in Europe.