Alum Lake – “one of a kind” located in northern Czechia

Alum Lake – “one of a kind” located in northern Czechia

A miniature Dead Sea – that’s what they call Kamencové jezero or Alum Lake in Chomutov. It is said to have healing powers. The alum prevents the growth of algae and the clean water contains sulphate, chloride and iron which are said to have a beneficial effect on respiratory diseases, infections, and even acne.

Photo: Klára Stejskalová
Photo: Klára Stejskalová
The water feels fairly cold as I wade in, it is just 23 degrees Celsius. But during steamy summers like this one, it is very refreshing. Kamencové jezero or Alum Lake is located on the outskirts of Chomutov, but still close enough to the historical town to attract visitors. The head of the recreational facility Karel Ton explains what draws people here.

“The main reason is the water content. Even throughout history, it has been known for its healing powers. I think the semi-urban location is ideal, as it is surrounded by cycling paths, and offers various activities.”

Close to the shore the water has a greenish-blue hue. Karel Ton says it stays clean throughout the year.

“What is specific about this water is that you won´t find any cyanobacteria (blue-green algae), or any other living organisms. Of course, it can be slightly cloudier during the season. But there have never been any hygiene issues.”

Swimmers will never have to worry about encountering a fish or a frog. Over the years visitors have occasionally attempted to fish, but no one ever caught anything.

Photo: Klára Stejskalová
The surface area of the water is 330 thousand square metres; the deepest location is 3.5 metres.

The lake does not have a tributary. A similarly unique water reservoir in Canada dried out for that very reason. So is Alum Lake threatened by the same fate? Karel Ton again:

“The water surface fluctuates; there are days when it rains with immediate effects. Other than that, the water level is consistent. Currently we are a little below average, but past experience shows that with a little bit of rain or snow, levels always rise back to the norm. I am a firm believer that it will not dry out.”

Looking at the local chronicle, we can see that Alum Lake used to be a spa after the First World War. Now, it is a recreational facility. And it has plenty to offer visitors, as Karel Ton explains.

“We recently opened a floating pier, and plan on adding a couple of slides to it this summer. We also rent paddle boats; we have beach volleyball as well as basketball courts and ping pong tables.

It is not just a recreational area, but also a camp site. We have 42 huts and offer space for up to 250 tents and caravans.” 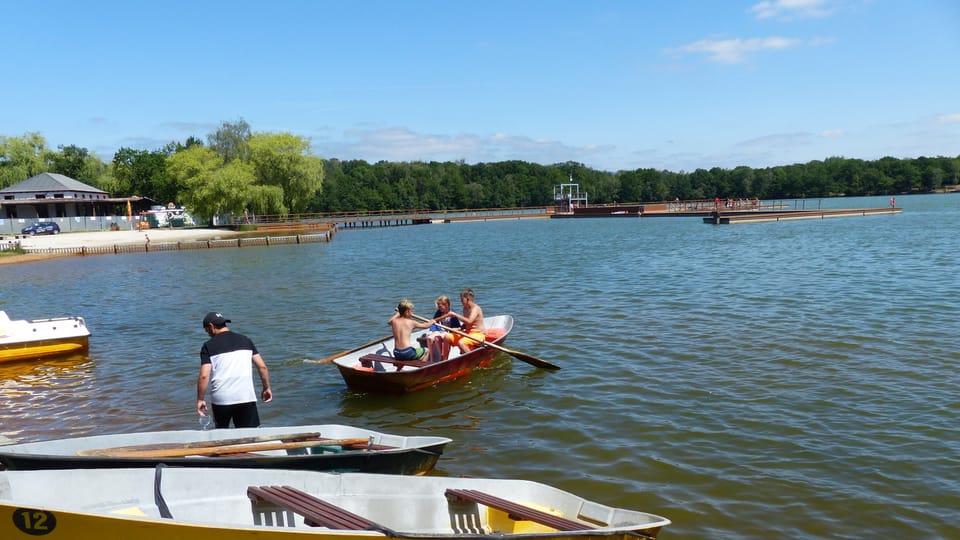 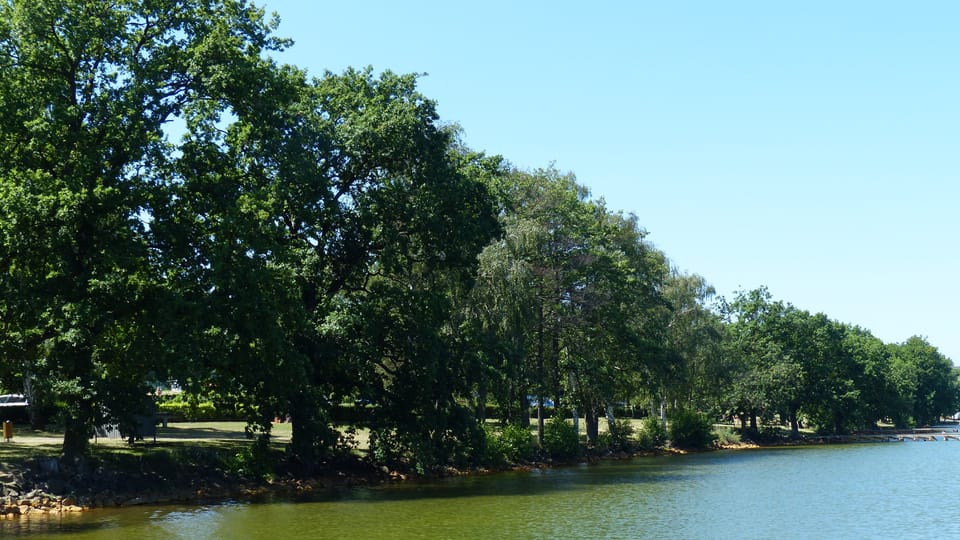 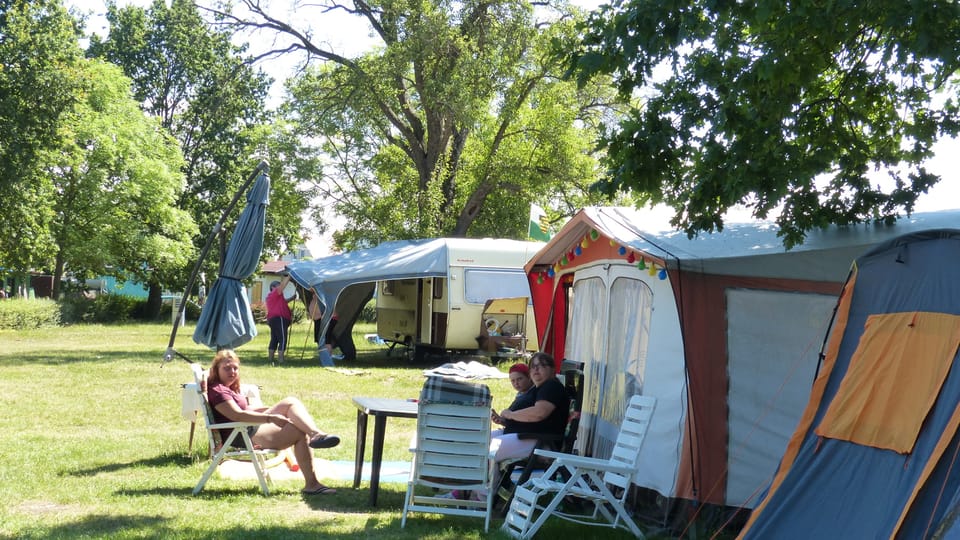 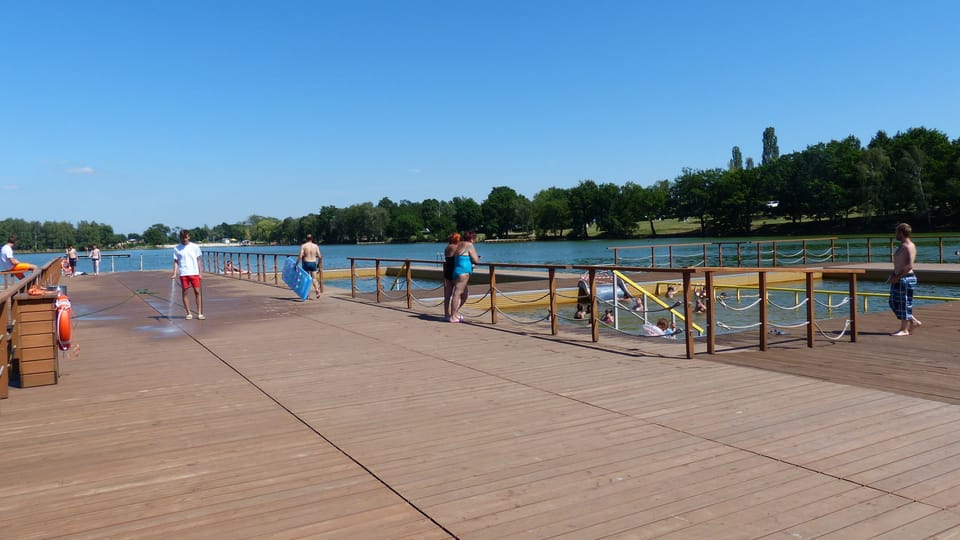 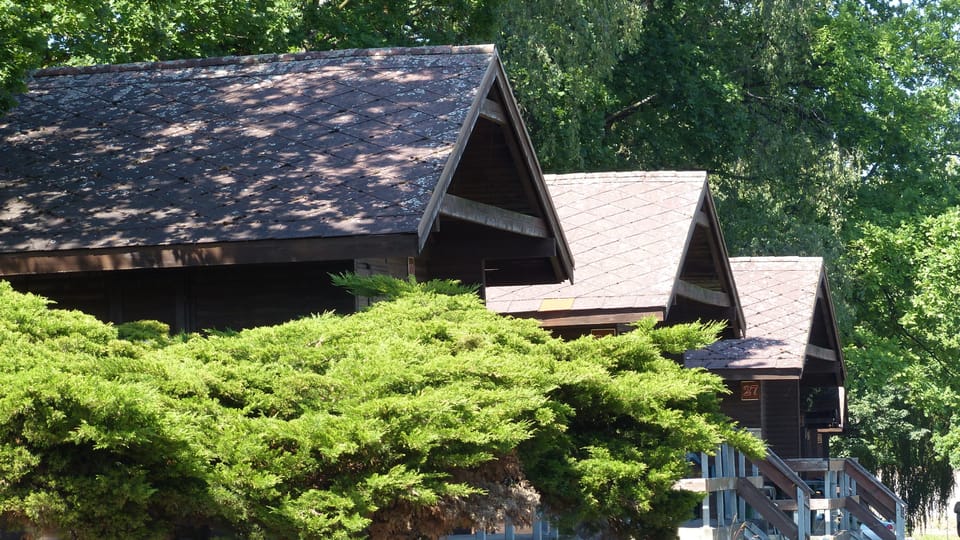 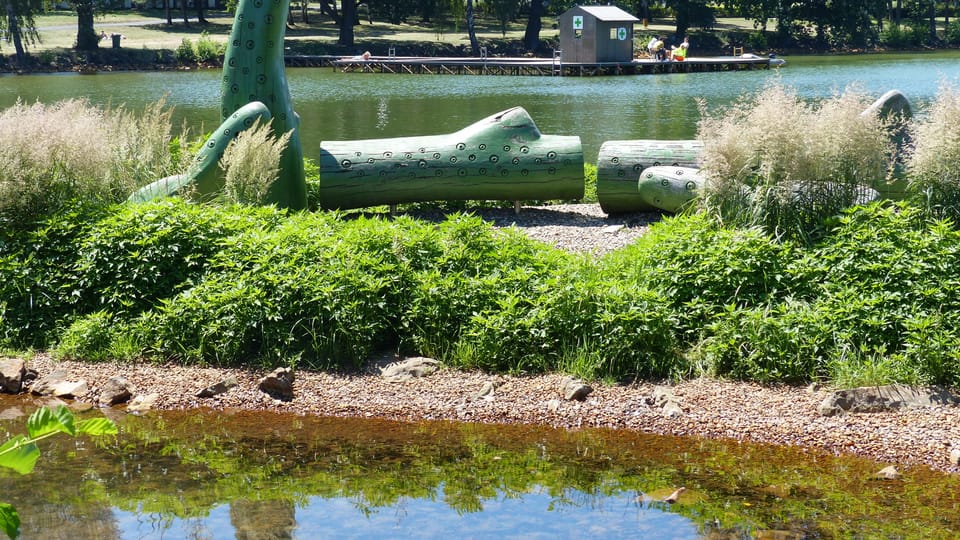 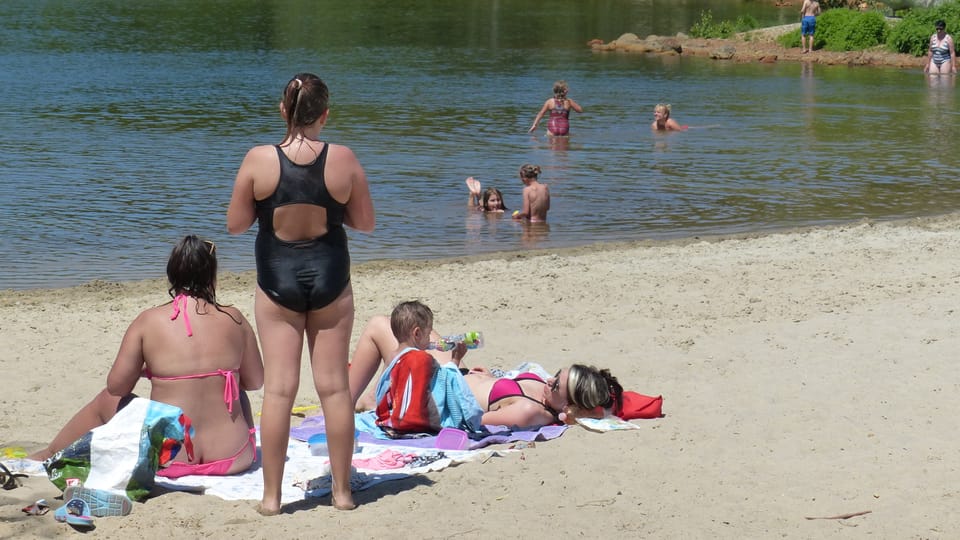 The wooden changing-rooms are an extra bonus and greatly appreciated by the locals.

“The huts which are rented out have been here since the very beginning and the locals hang onto them for their children. If we built another 200, we would rent then in an instant,“ adds director Karel Ton.

Most visitors to the pool are locals. But you also get to hear some German or Dutch.

“Even though it is right next to a city, the surroundings are beautiful. Lots of greenery, everyone is friendly and the camp is well-equipped,” says one German tourist. Those who find their way here, usually come back.

Kamencové jezero or Alum Lake was founded at the end of the 18th century, after the flooding of the local alum slate mines (from 1558-1785), or as a possible consequence of a coal steam burnout. No one knows for certain. Some are of the opinion, that the lake was created naturally. This argument is based on the fact that the maximum depth does not correspond to the known depth of the surface quarry – 18 metres; moreover the lake also contains old tree stumps.