Mšeno is a picturesque little town, often described as a gateway to Kokořínsko, a protected landscape area just north of Prague. It also boasts one of the Czech Republic’s most charming swimming pools, an Art Deco bath house built in the 1930s.

Městské lázně Mšeno, or the public bath house of Mšeno, first opened its door to the public in June 1932. Now, more than 90 years later, the white, Art Deco house with large decorated windows has lost none of its First Republic charm. Indeed, in 2003, the popular bathing spot was declared a National Cultural Heritage site.

Zdeněk Koudelka, photo: Eva Turečková
Due to its location in the heart of a beautiful landscape, Mšeno has always been a popular tourist spot. However, until 1930s, the town didn’t even have a water supply system, says Zdeněk Koudelka, who is in charge of the town pool:

"Work on the pool started only after the water supply system had been completed. It also included construction of showers and bath tubs, where people could refresh themselves during hot summer days."

In the first years of its existence, the bath house didn’t serve just for recreational purposes. Many of the locals, who were not wealthy enough to have a washroom of their own, would come here to soak in one of the bath tubs. Some of the old tubs are still in place, although they no longer serve their original purpose.

The architectural highlight of the bath house in Mšeno are two rondo-cubist fountains, from which water flows down a wide staircase to the pool. The grassy area surrounding the pool is shaded by tall pine trees and provides enough space for people to spread a towel or place a deckchair. 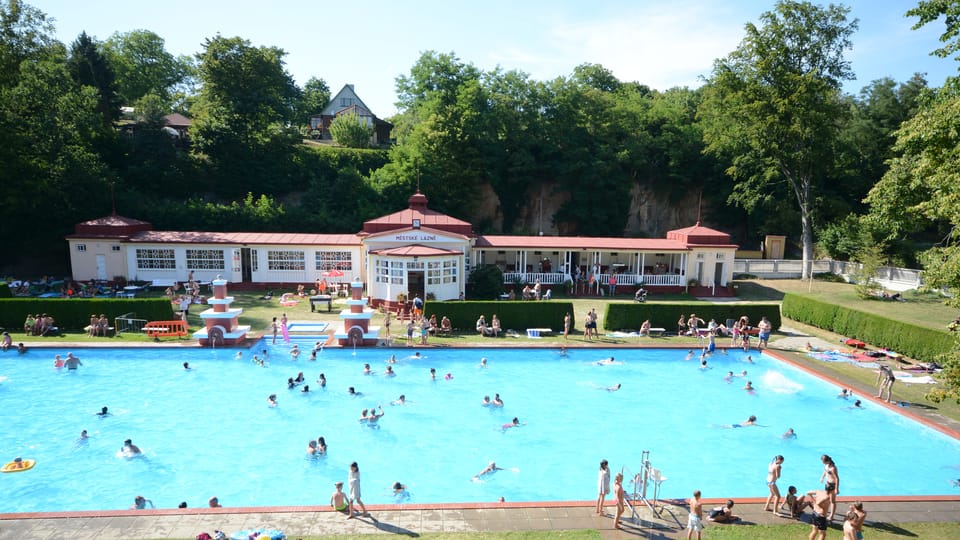 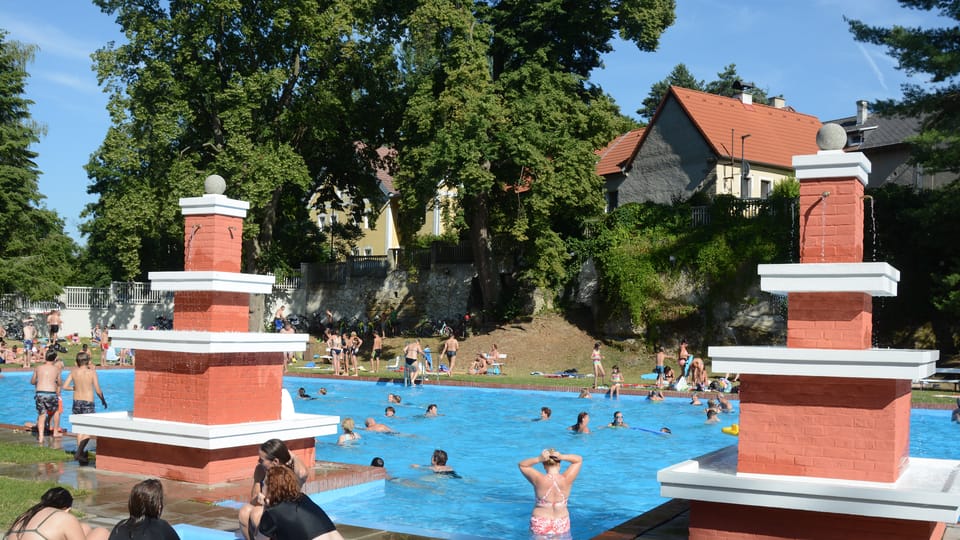 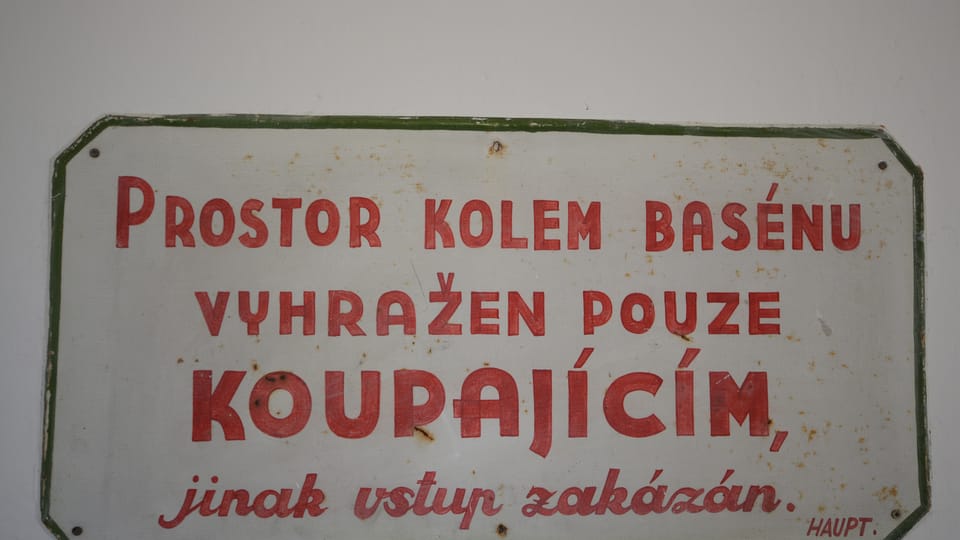 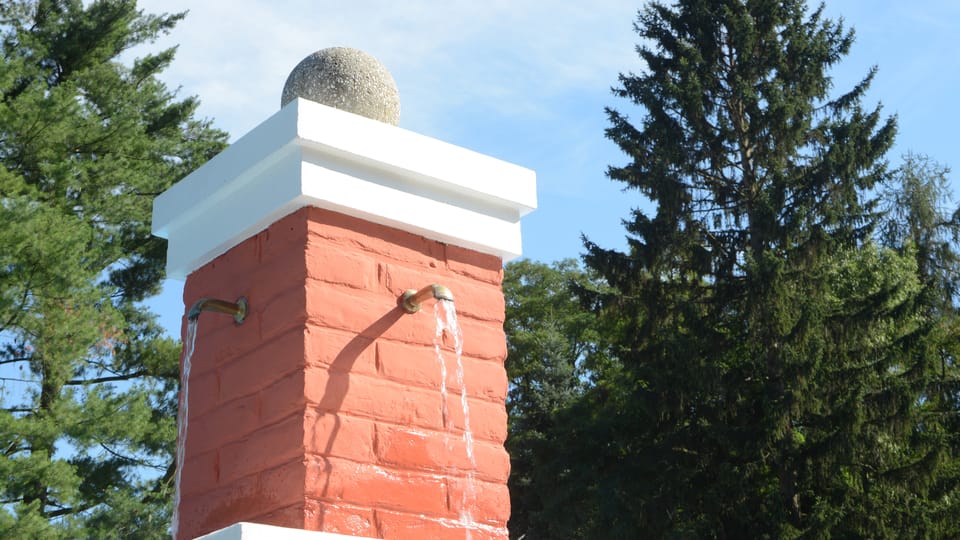 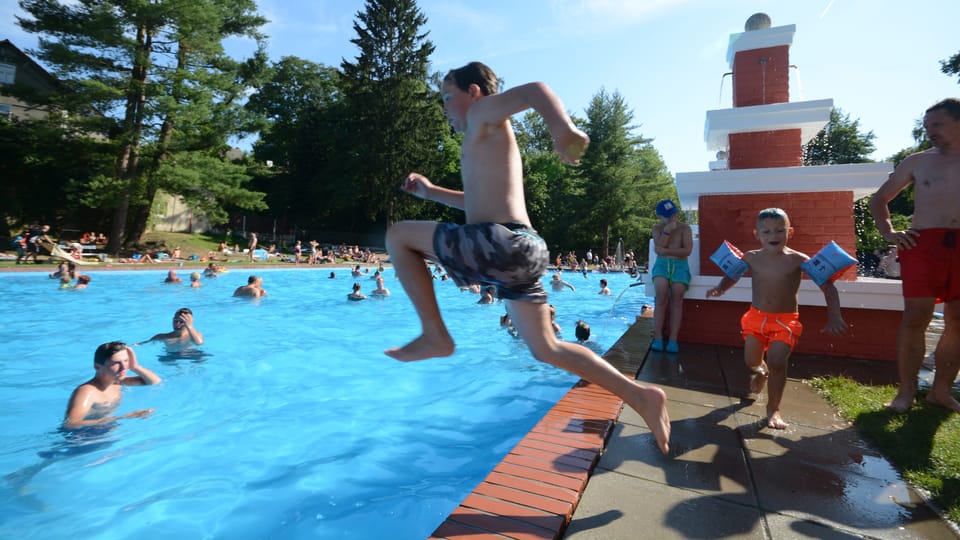 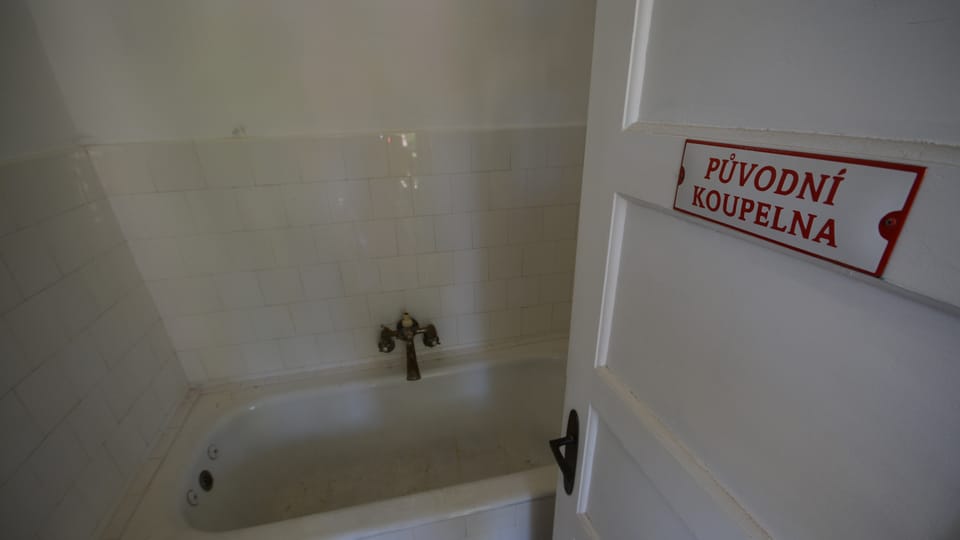 On hot summer days, the pool attracts between 1,200 and 1,500 visitors a day. One of them is Dana Kratochvílá, who has a cottage in Mšeno:

“I just love this place more and more. And I am really glad preservationists managed to preserve the pool as it was built in 1932. That is simply great. Every summer, I read about the country’s top bathing spots, and Mšeno is always included among them. My friends call me and tell me: Hey, you are in the newspapers again.”

The water which feeds the Mšeno pool comes from the local water supply and tends to be rather cold, says Mr Koudelka:

“The pool used to be filled from a natural spring, but nowadays, due to hygienic reasons, it is filled from the water mains. When we fill the pool, the water only has about 20 degrees Celsius.

“But when the outside temperature reaches 30 degrees or more, the water heats up pretty quickly. On hot days such as this one, it has around 25 to 27 degrees. It’s almost like at the seaside.”

The pool in Mšeno is only open in the summer months, from the beginning of June until the end of August.