The Veteran Mania exhibition now underway at Prague’s Výstaviště fairgrounds showcases icons of Czechoslovak motorcycle history - as well as rare French and German models. It is a must-see for anyone interested in the motorbikes that played an integral part in the development of transportation in Czechoslovakia throughout the 20th century.

The “veterans” (vintage motorcycles) displayed on the roofs of the Křižík Pavilions in Holešovice range from a “motorized bicycle” from 1903 to classic bikes from the 1970s. Most are on loan from the personal collection of Radek Uhlíř, a man who has dedicated his life to riding, collecting, and repairing old motorcycles. Mr Uhlíř says that his passion began at an early age.

“My grandfather first let me ride his Jawa motorcycle, one similar to those on display, when I was nine years old. Whenever I came to his house, it would be waiting for me with a full gas tank, and grandpa would let me ride around.

“When I was around thirteen, he told me that I had worn out his bike enough and that I should build my own from spare parts he had in the attic. So I built my own, rode it for two years, and when I turned fifteen, my grandfather bought me a Jawa Mustang.”

Radek Uhlíř got the idea to start collecting and reconstructing historical motorcycles when he bought his first “veteran”, a Jawa, in an online marketplace thirteen years ago. Since then, he has built up an enviable collection.

It now includes motorcycles not only from the classic Czechoslovak manufacturers Jawa and Čz, but also rarer models from makers such as Manet, Eska, and Praga. German-made BMW, DKW, and Zündapp bikes are also on display.

A sneak peek at Veteran Mania

Mr Uhlíř showed Radio Prague International some highlights of the exhibition, which has a special section with motorcycles with interesting stories. He explained a special connection to one pristine Zündapp outfitted with a sidecar.

“I got married on this bike. I arrived at the wedding alone, and they attached the sidecar before the ceremony, so my wife could get in. We nearly got into an accident because, although I ride the motorcycle quite often, I hadn’t realized that I needed about 1.5 metres of space for the sidecar and we almost crashed into a bus.”

At the centre of the exhibition is a machine from the Čz company, which was internationally renowned in the motorcycle world especially for its motocross models, the last of which was made in the 1980s. The model that Mr Uhlíř tells us about more resembles a Vespa scooter.

“This model 500 is interesting because, in the 1940s, the Vatican Swiss Guard ordered one. The cost was 8,000 crowns for this cream-white colour scheme and 15,000 for the one in gold. The Guard only paid a fraction of the price, but Čz thought of it as good publicity since the officer who had the motorcycle rode it all around Europe.”

“This Monet & Goyon has a powerful story. It goes that at the end of World War II, a Czech soldier was returning from France and came across a farmer on the way. When the farmer found out he was going to Czechia, he gifted the bike to the soldier to speed up his journey.” 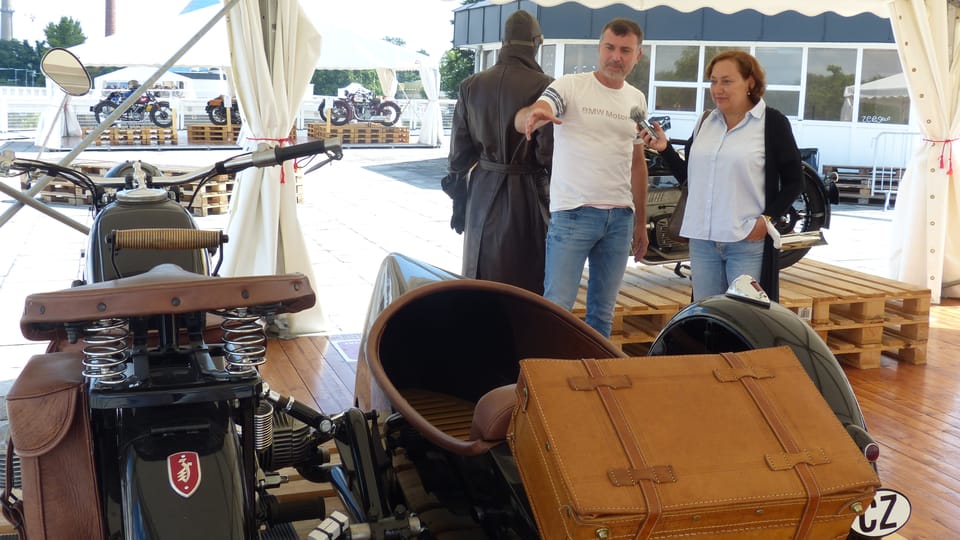 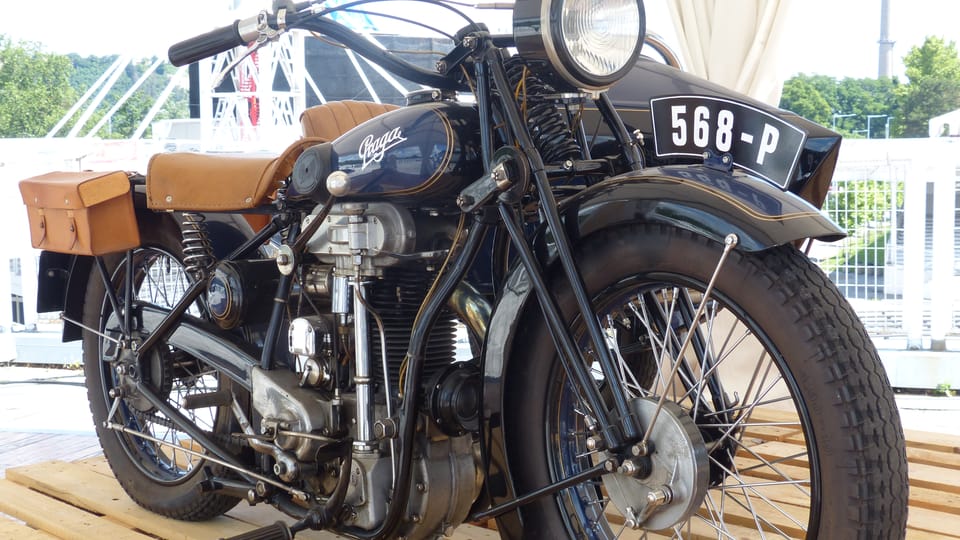 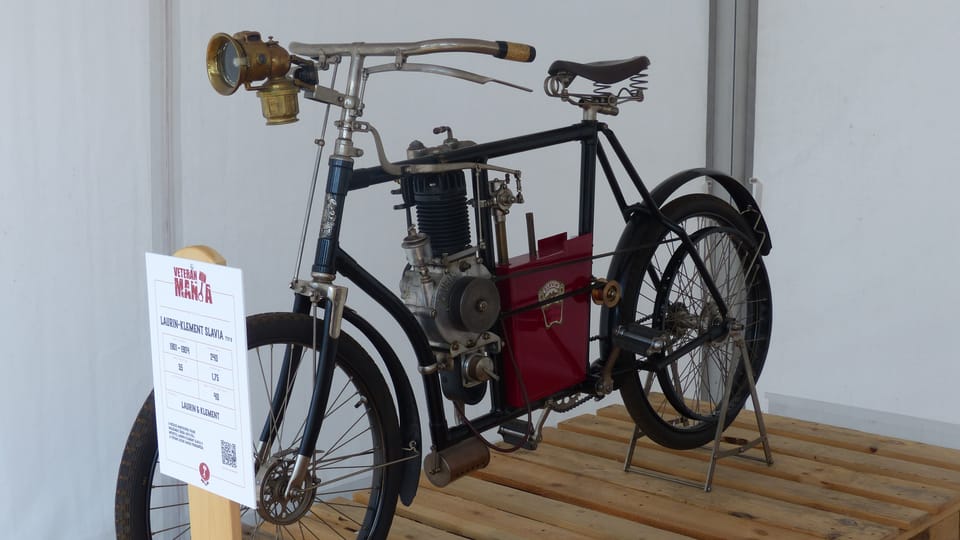 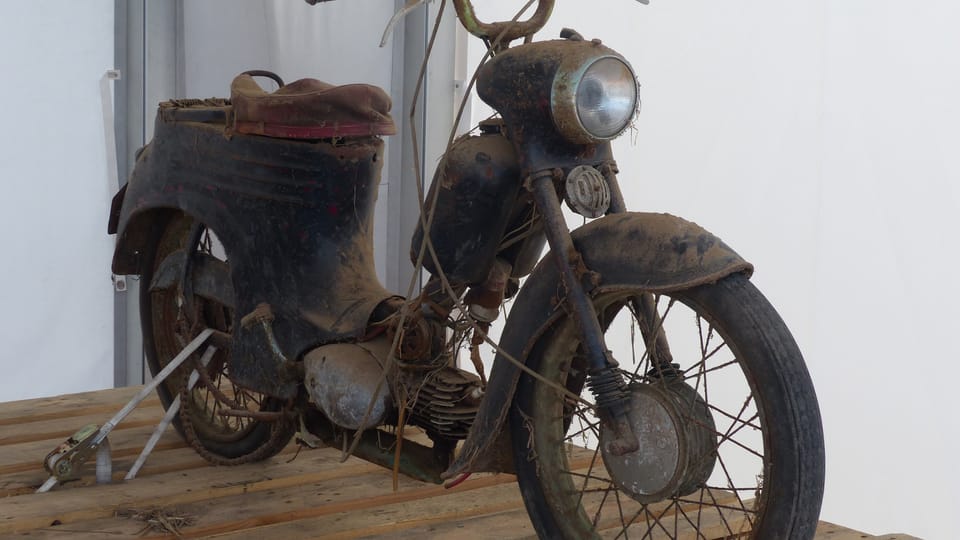 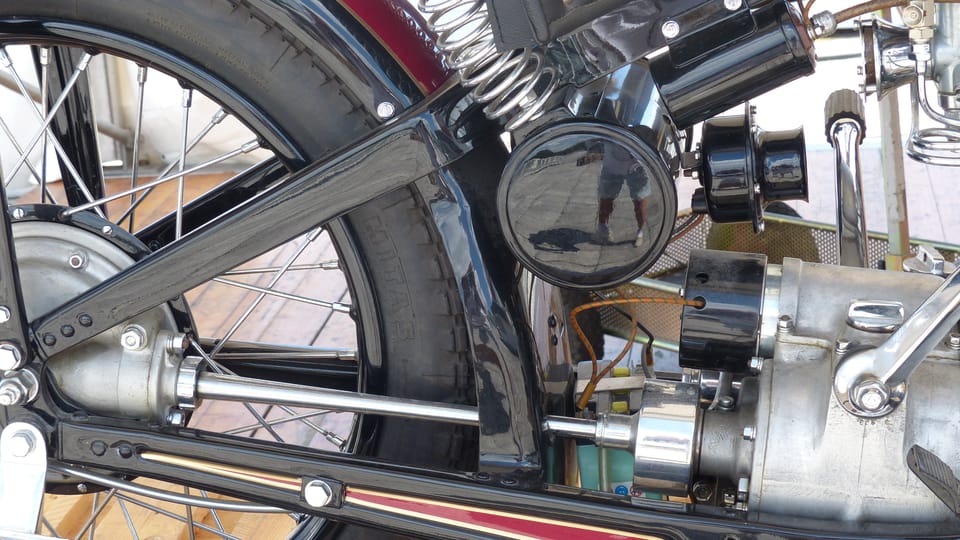 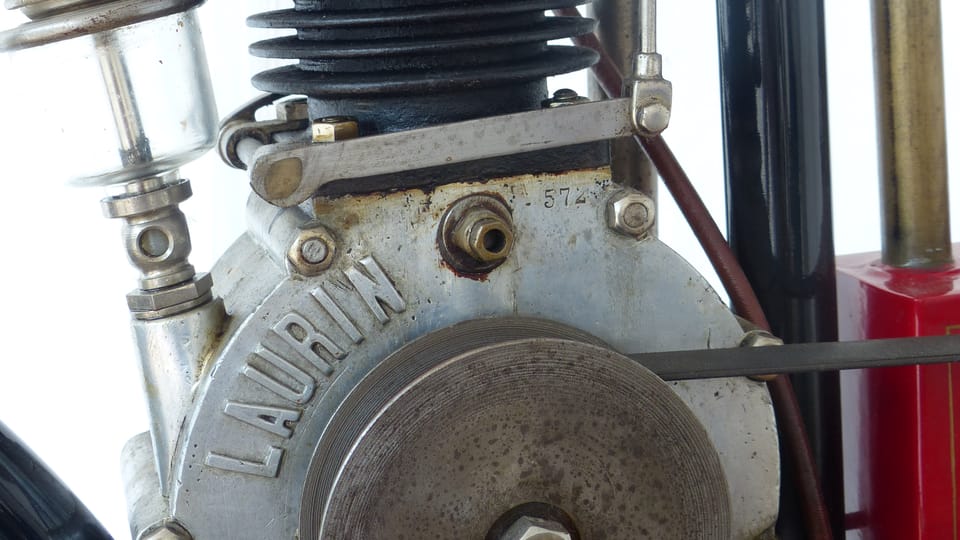 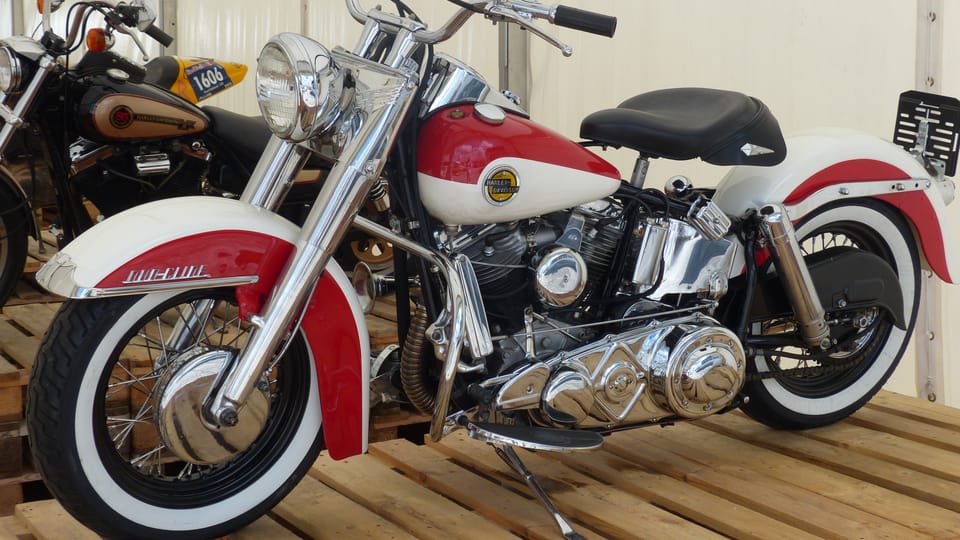 The most famous Czechoslovak motorcycle companies

The exhibition harks back to days in the not-so-distant past, when scores of loud, two-wheeled vehicles filled Czechoslovak streets and roads, expelling plumes of exhaust. The Communist regime in Czechoslovakia faced perennial automobile shortages, so Czechs and Slovaks wanting to have their own vehicle often had no choice but to purchase a motorcycle.

Up until the 1960s, motorcycles rivalled pricier and harder to get cars as the most widespread form of personal transport, and the most common models were made either by Jawa or Čz. Those two companies remain household names in Czechia, Mr. Uhlíř says.

“One of the founders of Čz was Karel Bubla, an architect from Plzeň who liked to hunt. Since he lived in Plzeň, he went to the Škoda factory to persuade the general manager to help him start a firearm manufacturing firm. He succeeded and established the South Bohemian Armory in 1929 in Strakonice.

“Soon after that, the firm changed its name to Czech Armory, or Čz, and got a licence to make bicycles for the Czechoslovak Army. Then they just added an engine, and that’s how the first Čz ‘Cactus’ motorcycle was born, later followed by subsequent models.”

The rival Jawa also got its start in the 1920s as an arms manufacturer. It was founded by inventor and industrialist František Janeček, who began by making motorcycles designed by the German Wanderer company. Many assume the firm was named after the Indonesian island of Jawa, but that is not the case, Mr Uhlíř explains.

“In 1929, Janeček bought a licence to manufacture motorcycles from Wanderer, a German company. And by putting together the first two letters of Janáček and Wanderer, the name Jawa was born. Apparently, in the 1960s, someone deemed the real story unsuitable, so they came up with another version.”

When it comes to motorcycle history, Radek Uhlíř is a walking encyclopaedia. With the Veteran Mania exhibition set to end in September, he says that the future of the gems in his vast collection is still undetermined.

“If somebody came up to us and said that they have the space to house all the bikes and maybe make a museum out of it, that would be great. I could perhaps be a guide. The second option is to put it on sale.

“But I would only sell to somebody who would take the whole collection, as it would be a shame to have it spread out around different garages. If that does not happen, then we will auction off the motorcycles individually.”

Whatever comes next for the collection, there might not be a chance to see all the pieces on display together in a public space ever again. Since these motorcycles were once an integral part of transportation in Czechoslovakia, the Veteran Mania exhibition offers not just a look at beautiful vehicles but also a reminder of what daily life in this country was once like.

The Veteran Mania exhibition ends on September 6. Until then, you can see it at Prague’s Výstaviště grounds every Monday to Friday from 12 to 8 in the evening, and on weekends and holidays from 11 to 9.