One of the world’s rarest collections of moldavites – precious, bottle-green gemstones, found almost exclusively on the territory of Czechia – is due to be auctioned in Prague this week. The collection contains over 34,300 pieces and its value is estimated at over CZK 200 million.

The beautiful, greenish-brown gemstone, called Vltavín in Czech, is believed to have formed from condensed rock vapours after a meteorite impact more than 15 million years ago. Rich deposits of moldavites are today scattered all over South Bohemia, where you can come across the tektite in its crude form.

One of the world’s rarest moldavite deposit is located in the village of Besednice near the town of Český Krumlov. The local gemstones are not among the biggest ones that have been found in Czechia, but they come in very diverse shapes and have a deeply sculpted surface, explains geologist Jan Loun:

“Moldavites can only be found in the Czech Republic. There are some tektites which are black, that can be found in Asia and also some light yellow tektite deposits in Egypt, but the green ones are only in this country.

“There many locations in south Bohemia but the Besednice deposit is considered to be the only original fall zone. What makes the local stones so unique is their surface morphology. Only the Besednice moldavites come in such unique ‘hedgehog’ shapes.”

The Besednice deposit is a relatively small one and has already been completely depleted, with a total of 210 kg of moldavites having been mined on the site. The larger part of these gems, which weighs a little over 140 kilograms, is now offered for sale in an auction.

The collection is owned by the company Moldavite Group, which was co-founded by Mr Loun:

“These 140 kilograms are divided into ten-kilogram packages, and each lot is going to be sold for 15 million crowns. That is about 60 US dollars per one gram, because moldavites are usually sold by gram. 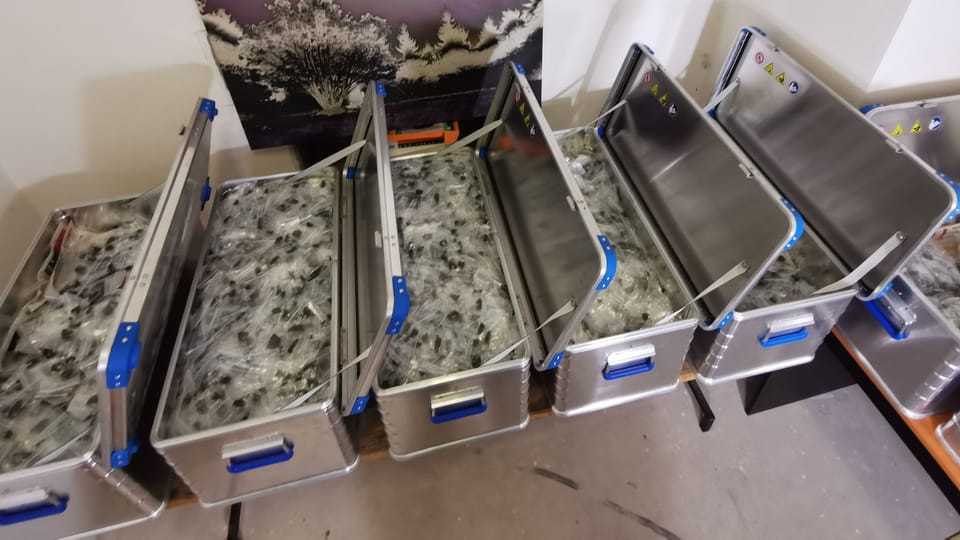 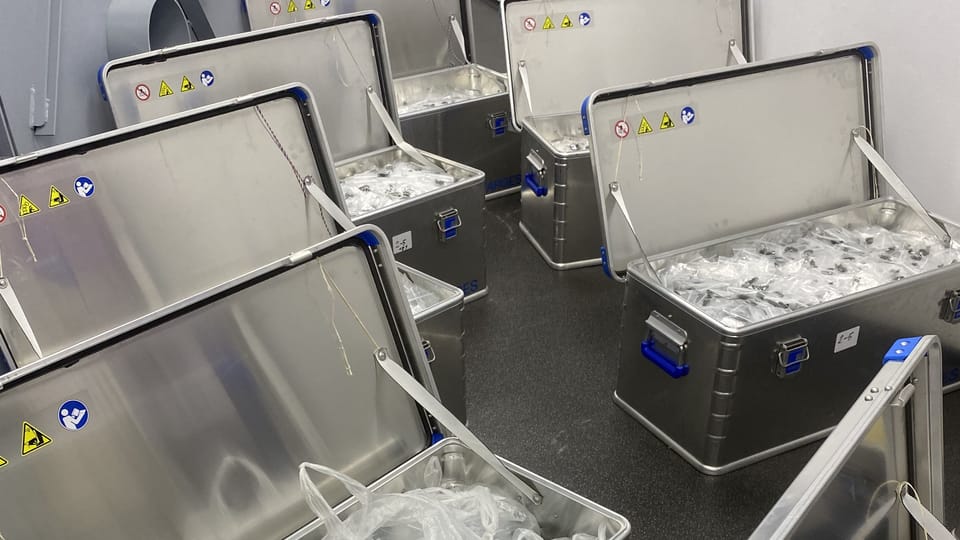 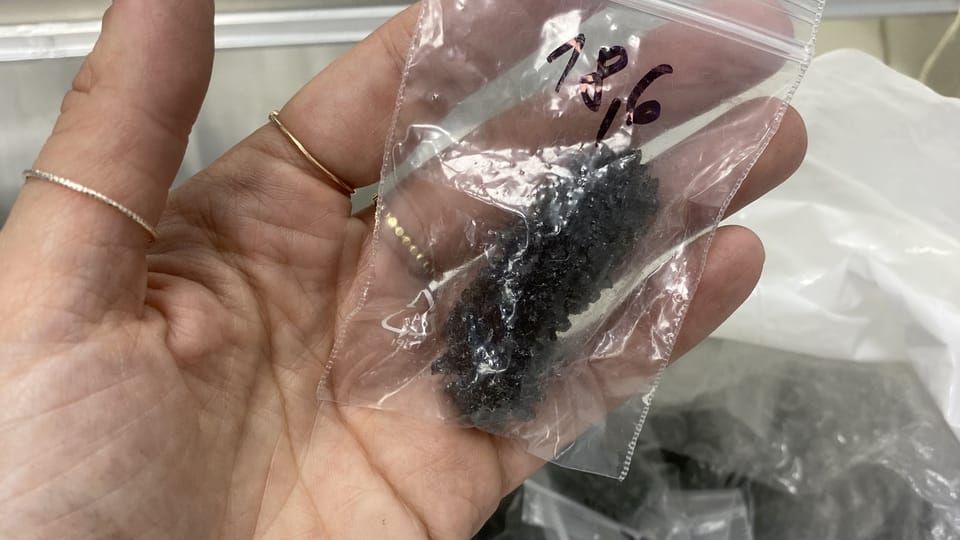 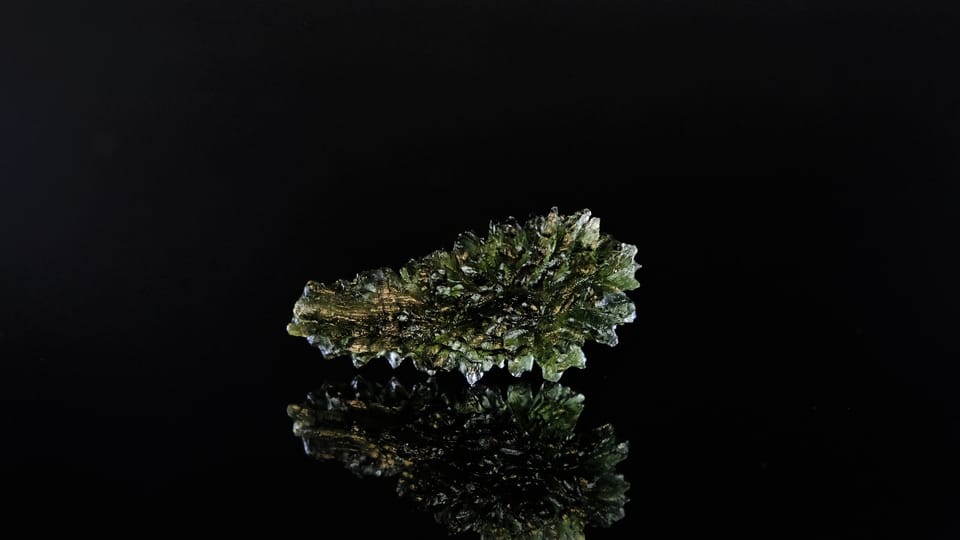 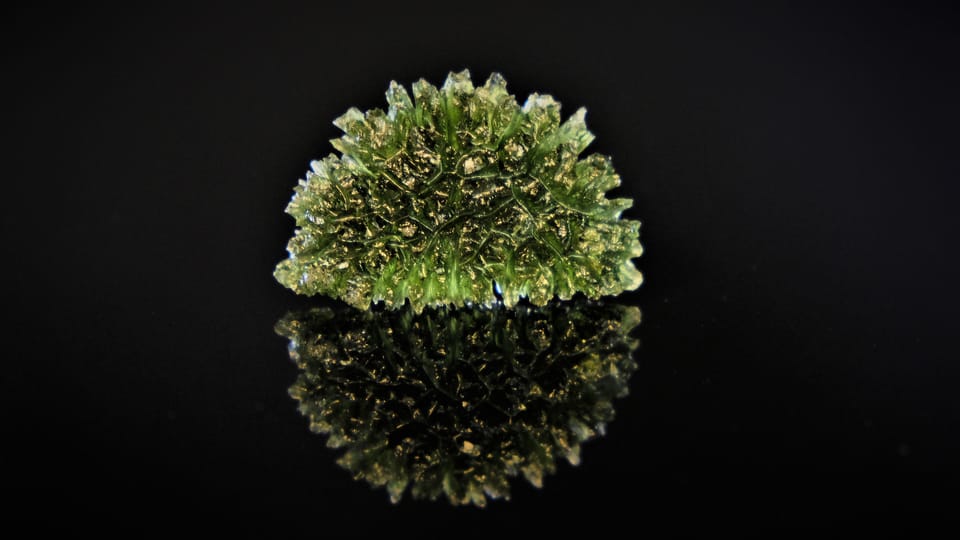 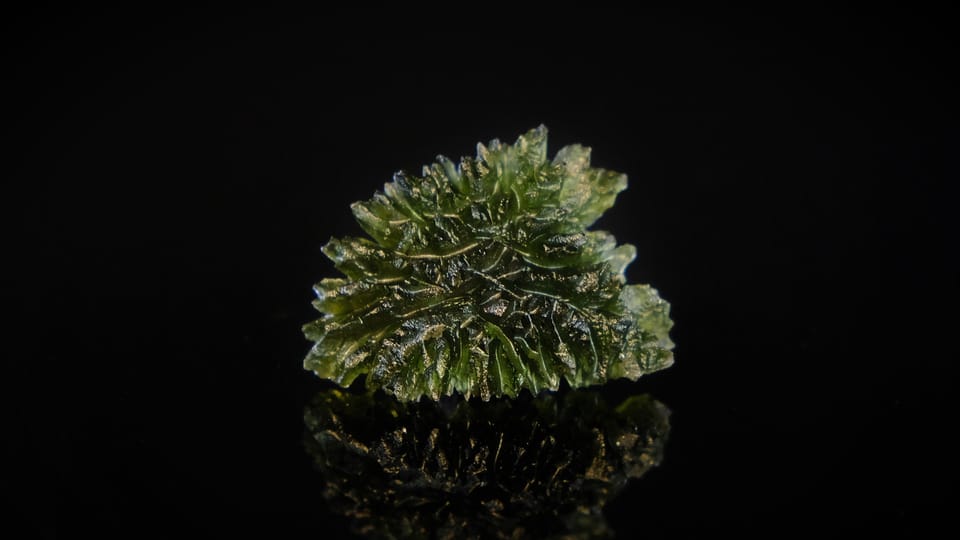 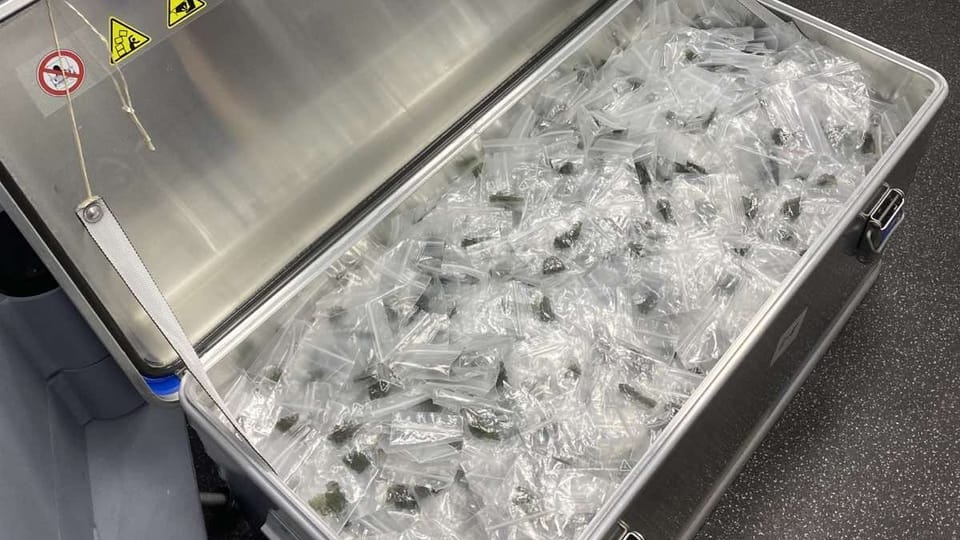 “All the Besednice pieces will be sold in natural form. The more common pieces from other locations are often used to make jewellery. But Besednice gems are too beautiful and valuable, so they are not used for faceting.

“We do have about two kilograms of rough stones which can be used for jewellery making, which we consider as a sort of bonus.”

The rare Besednice moldavite collection is due to go on sale this Wednesday at the Weinberg auction house in Prague. Its expert appraisal was carried out by Jaroslav Hyršl, who has examined, for instance, the precious stones on the Czech crown jewels.

The beautiful greenish-brown gemstones can still be found today in south Bohemia and there are several moldavite mines operating there.

The rich deposits have also been attracting illegal hunters, who can make considerable sums by selling the stones on the black market.