Stories of Czechs in America told through pictures

In a book just out, the renowned Czech author and illustrator Renáta Fučíková tells the story of Czechs in North America. The idea to chronicle stories of Czech immigrants originated in Chicago, which is sometimes referred to as “the most Czech city” in the US. I met up with Renáta Fučíková at her studio in the Old Town district of Prague, where she was putting finishing touches on the final illustrations for her new book.

Photo: Práh publishing
“I first visited Chicago five years ago after receiving an invitation from the Czech school there, whose teachers are the driving spirit of the Czech community in Chicago. Together we decided that it would be fitting to tell the stories in an interesting and creative way. We agreed that I would follow up on the books that I had done before and continue doing now – books that portray history mainly through pictures. I had already done such books about European history and our national heroes, such as Komenský, Masaryk, Hus, Kafka. And although it was hard to find enough time and sources of information, this book will be in a similar spirit.”

In which historical era do the stories in your book take place?

“The earliest tale is from as far back as the 15th century. It is the story of a person, who – while he did not directly set foot in America – helped come up with the idea of travelling to India by way of a different route than around the Horn of Africa. His name was Martin and his last name is unknown. But he did call himself Bohemicus, which confirms that his ancestors came from Bohemia. He was very capable, and he achieved what at that time was a very high level of education. He was taught by an important astronomer called Regiomontanus, who showed him how to make maps. The maps at that time were quite skewed and did not properly represent the size of the Earth, but they were starting to take into account its roundness. So, this Martin went into the service of the Portuguese king at around the time that the Portuguese and Spanish were looking for the shortest route to get to India and to the spices grown there. He worked in cartographic workshops in Lisbon, and – given the number of those workshops in Lisbon – it is probable that he met Cristopher Columbus while there. I believe that Martin and Columbus knew each other, so I drew the two of them as friends, debating the best route to India.”

The stories of Cristopher Columbus and the first travellers have been documented. Do we know about the first Czech to step on American soil?

Renáta Fučíková, photo: Klára Stejskalová
“It depends if we can consider him Czech. The man in question was a Jew who was born in Bohemia. His name was Joachim Gans and he was a leading expert in metallurgy. Having studied in Prague, he first travelled to England, where he was noticed by people looking for gold in the New World. They sent him on one of the first ships to America, where he was supposed to look for copper deposits. Unfortunately, the expedition did not end well. The English considered themselves superior to the natives and acted in a very condescending manner towards them. The situation eventually turned violent and Joachim Gans and the rest of the expedition had to be rescued and taken back to England. So that was the first dramatic transatlantic tale of a person from Prague.”

The stories of a few famous Americans with Czech roots, such as Ray Kroc, who “founded” McDonald’s, are widely known. Did you perhaps come across any lesser-known stories that were nonetheless interesting?

“For me, the most interesting stories were those of ordinary people who travelled on foot from the Mississippi River to the prairies and beyond sometime in the 1860s. On the way they often lost their lives and what little property they had. Turning back was impossible. The stories of these settlers, whom I admire and consider to be true heroes, are quite well known in America, but not in the Czech Republic. For the book, I chose one illustrative story about them and tried to go into as much detail as possible. That's because this book is not a scientific endeavour. I’m a populariser, I take the general story and enrich it artistically with my illustrations. Readers will then connect with the most interesting stories on an emotional level. Ideally, this book will be informative for Czech people, since we are not as familiar with many details and events of American history. As for Americans of Czech descent, I would like this book to be somewhat of a family artefact for them. Something that they will give to their children when they get married to partners with different roots and ancestors. And also, something that they can show their children to inform them about the things our people went through and offered to America and the world.” 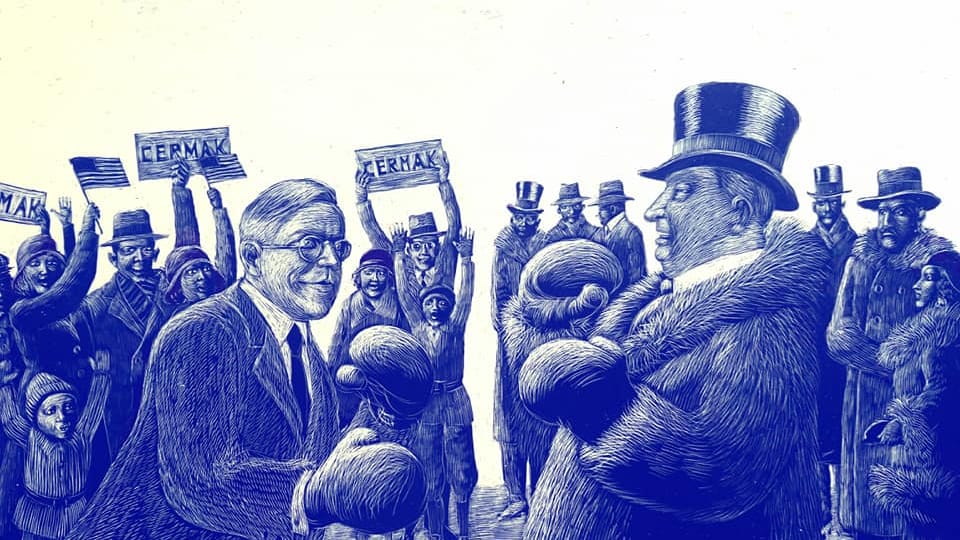 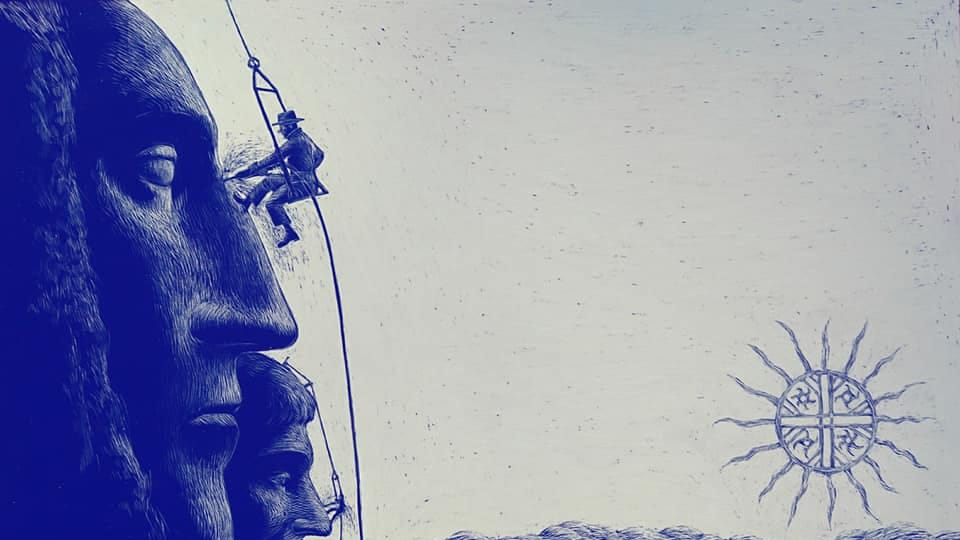 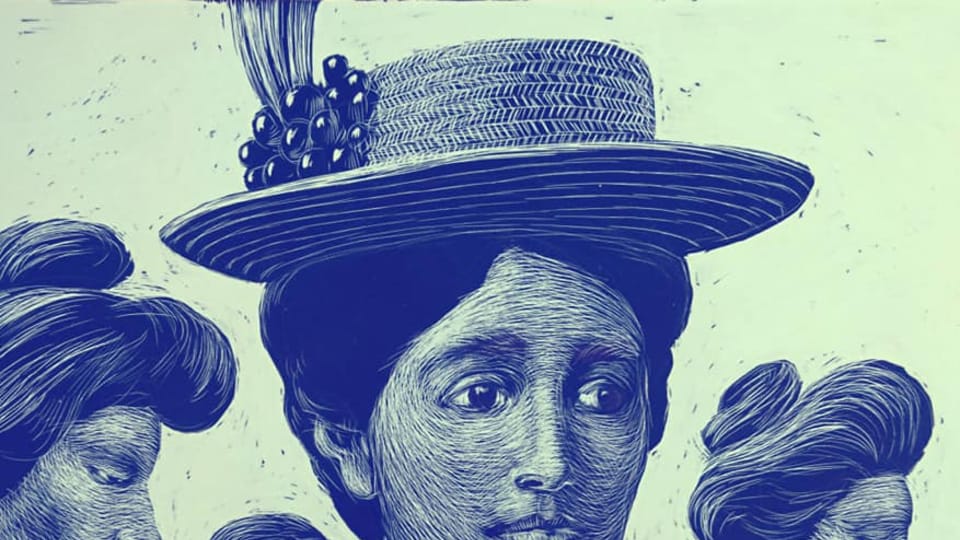 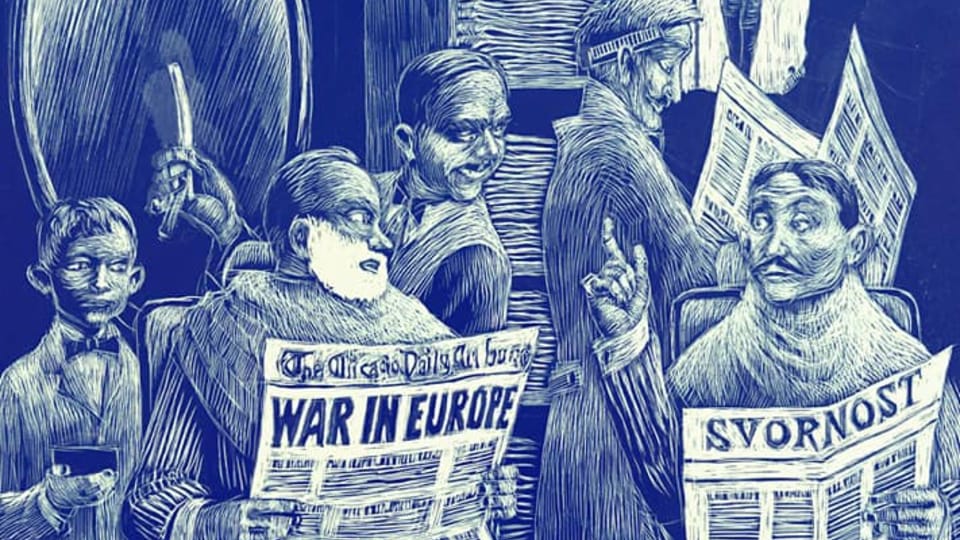 Did you visit any of the places that you wrote about in your book?

“While I did not visit them directly, I am always collecting interesting memorabilia and publications. So far, I have been to the United States three times and each time I have brought back plenty of books. I have also borrowed books from The Náprstek Museum, where they were very helpful and let me spend several weeks studying and taking various pictures in their research room, which I think are fitting additions to the book.”

Photo: archive of Renáta Fučíková
Of course, while in America, you also spent time talking to Americans of Czech ancestry. How interested are they in their roots and maintaining a relationship with the Czech Republic?

“It is well known that they are interested in their genealogy. My friends from Chicago organise trips for Czech Americans to the Czech Republic and they have visited me at my summer house a few times already. We baked traditional Czech cakes for them and took sightseeing trips together. For the Czech Americans, it is certainly important to get to know their heritage and the country from which their grandparents came from. And my friends and I try to spice up their learning with authentic experiences whenever we can. Last year, for example, we took them to Kozí Hrádek, so that they could visit a place authentically connected to Jan Hus since I believe that he is actually more adored in America than he is here. I also took them to the now-closed Unijazz café, so that they could see for themselves what residential flats looked like in the communist era.”

“I must admit that I would like to. Recently I met a fellow author who lives in Brazil. And, while I think that she would do a great job of telling the stories of the Czech community there herself, I would love to illustrate her book. I certainly think that book number two should be about Latin America.”