Prim watches, which started to be produced more than 70 years ago, are one of the most famous Czech trademarks. For many people in Czechia, who grew up during the Communist regime, the brand is synonymous with wristwatches. Today, Prim watches are produced by two separate companies, which have been fighting over the trademark for more than two decades.

The history of Prim watches began in November 1949 in the town of Nové Město nad Metují. At that time, a branch of the national company Chronotechna, which already produced alarm clocks and wall clocks, was established there, under the name Elton.

The task of the new factory was to develop serial production of Czechoslovak wristwatches, which were in great shortage at the time. It took the company five years to build the first model, becoming one of only a few manufactures in the world who could industrially produce complete watches.

Serial production at the company in Nové Město nad Metují started in 1957. Over the decades it has produced over 16 million watches, says Libor Hovorka, author of two books dedicated to the history of Prim:

“The factory in Nové Město was founded in 1949. The first prototype, called Spartak, was made in 1954. The watch was part of a verification series and cost 250 crowns, which was quite a lot of money at the time. It was a very narrow profile and very hard to get.”

Only around 1,650 of the Spartak watches were made and today, they are considered a valuable collectors’ item, selling for considerably higher prices than the original 250 crowns.

Mass production of watches, already under the Prim brand, was launched in 1957 and they went on sale on April 1, 1958. Within a few years, production grew to more than 100,000 watches per year.

In the following three decades, the company came up with hundreds of different watch designs. Among the most iconic models was Orlík, or Eagle, which began production in 1965.

The model was produced for the Czechoslovak Army in a limited series of only 300 pieces. Very few have survived to this day in good condition and today they sell on the internet for around 500,000 crowns, says watch collector Milan Knotek.

“The watch had to glow in the dark so that divers could see it under water, it had to be waterproof, dustproof and shockproof and also weight-resistant.

“Today, these features are normal, but more than 55 years ago, it wasn’t so. The casing was stainless steel, and it was the lack of stainless steel that ultimately ended their production.”

When researching the Military History Institute to find out more details about this particular model commissioned by the Czechoslovak Army, Libor Hovorka came across a document that testifies to its durability:

“Some colonel describes in a report how he froze the watches. He didn’t want to wait for it to thaw, so he threw it in a pot and turned on the stove. When he remembered the watch, the water was already boiling, but the watch survived and kept going.”

Prim watches: Czechoslovak classics now undergoing revival | Prim watches, which started to be produced more than 70 years ago, are one of the most famous Czech trademarks. For many people in Czechia, who grew up... | By Radio Prague | Facebook

Other famous models include Prim Sport, which went into production in 1968 and is very popular to this day. One of the owners of this model was the Czech long-distance swimmer František Venclovský, who wore it on his wrist while swimming the English Channel.

“In his memoirs, called How I Swam the Channel, he talks about borrowing 600 crowns from his grandmother to buy the watch. He would put it on while taking a bath at home, and he would dissolve salt in the water to simulate sea conditions and to see if the watch would last. And it did.”

The Elton company, which produced Prim watches, saw its heyday in the 1970s and early 1980s, producing some 15 million watches by the end of the Communist regime in 1989.

Their popularity was reflected in the fact people had a nickname for them: Primky.

With virtually no competition from abroad, nearly every Czech and Slovak household had at least one product bearing the Prim logo, says Mr Hovorka: “I believe that Prim watches were comparable with other watch producers in the world, both technically and in terms of design. I dare say that even today, you will find several Prim watches, alarm clocks and some sort of clocks in nearly every household.”

Despite their quality, Primky were virtually unknown west of Czechoslovakia’s borders. However, alarm clocks produced under the same brand were exported all over the world.

In 1989, the company in Nové Město nad Metují was still producing 300,000 watches annually. Five years after the fall of the Iron Curtain, production dropped to 20,000 watches a year, mostly as a result of the open borders, which brought in cheap competition from abroad.

Privatization of the two companies behind Prim’s production in the early 1990s also resulted in long-standing lawsuits over the famous trademark, which have been unresolved to this day. As a result, Prim watches are currently made by two companies, Elton and MPM-Quality.

However, in recent years, the brand has seen something of a revival as the once-famous local watches gradually came back into fashion. Many of the vintage models, including the 1970s square-shaped Prim Television, are increasingly sought by collectors and they are selling for thousands of crowns.

Production in the Elton company, which is still based in its original factory in Nové Město nad Metují, was modernized thanks to backing from a private investor. Instead of mass production, the company shifted its focus on more exclusive pieces made in small volumes, primarily manual and automatic watches.

It is also one of the few manufacturers in the world which produces almost all the parts necessary for a mechanical piece, including the watch case, says Elton’s sales director Aleš Vernar:

“We design, assemble and sell our watches all on our own. We build on the DNA of our original models, keep the tradition of clean and simple design that was established in 1949. At the same time, we are trying to move forward, especially in terms of finishes, material and of course quality and precision.”

Like many brands, Prim also rides on the current wave of nostalgia, recreating several of its iconic models, including the very first Prim Spartak, Prim Orlík, and the Diplomat.

Prim watches are also owned by a number of famous politicians, including Barack Obama, Nicolas Sarkozy, Angela Merkel or the Spanish royal couple, who received them as a gift from the Czech government. 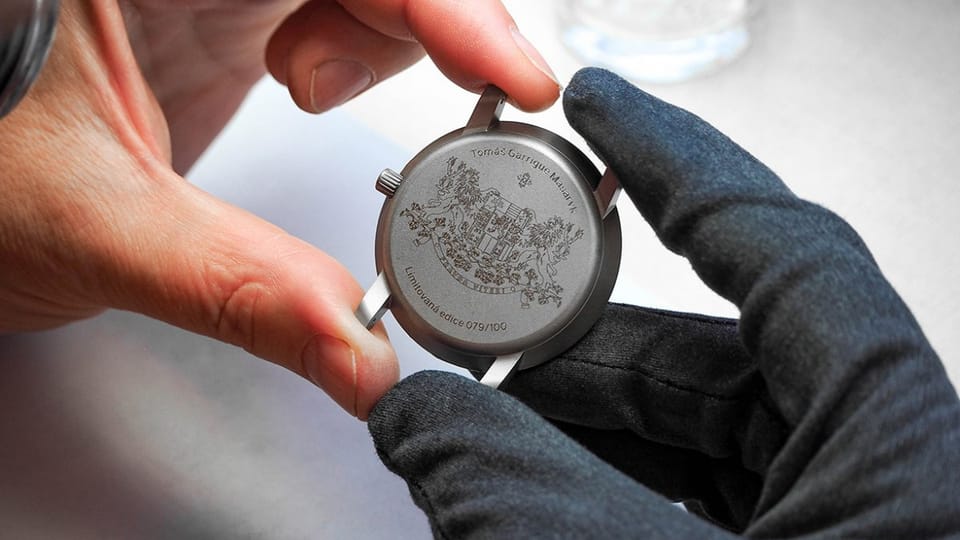 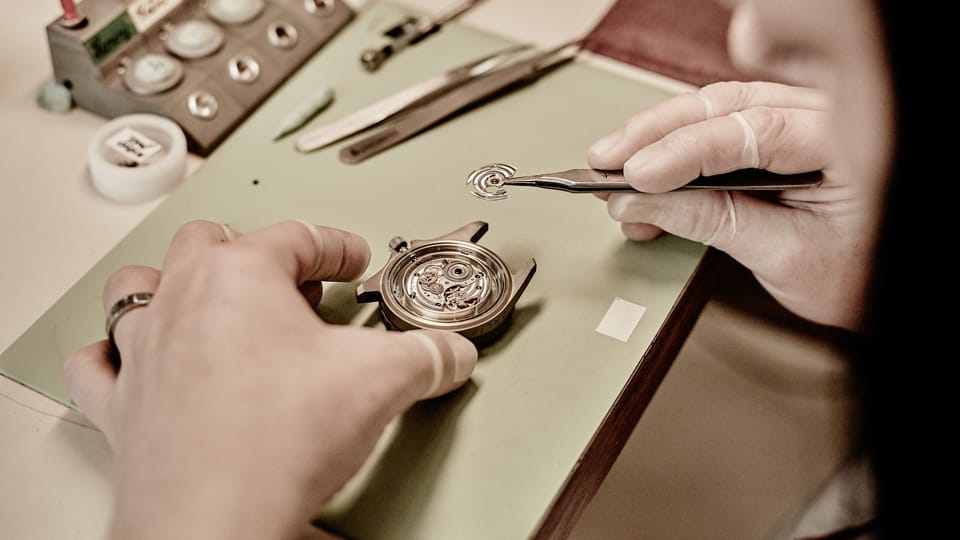 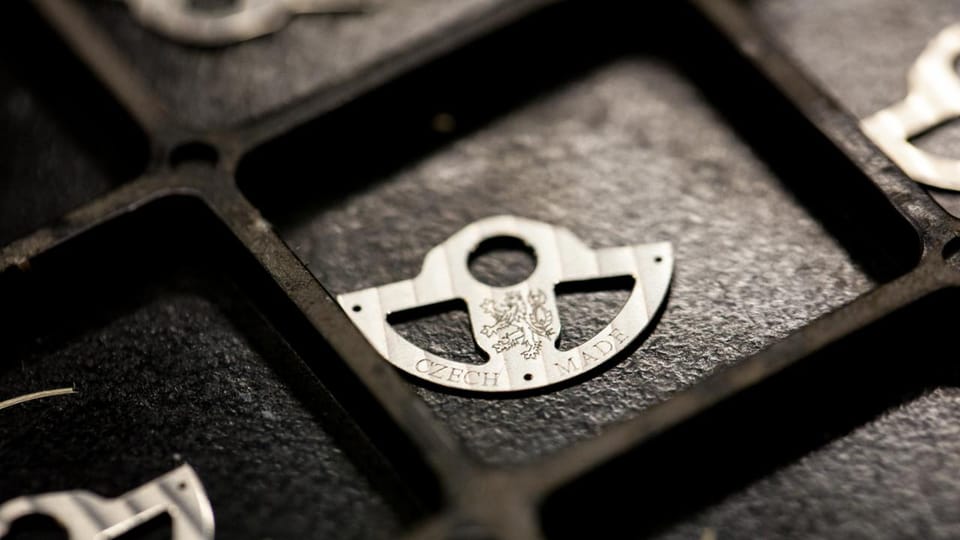 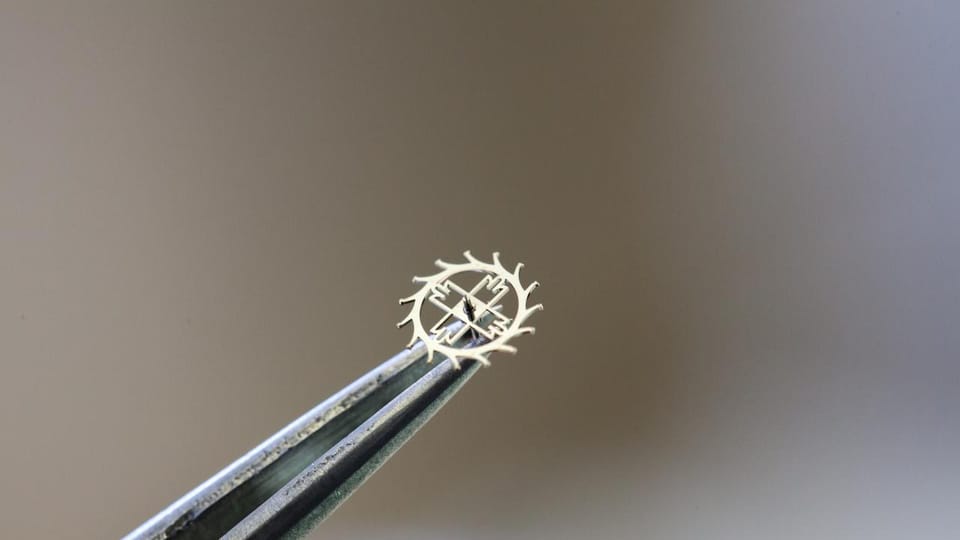 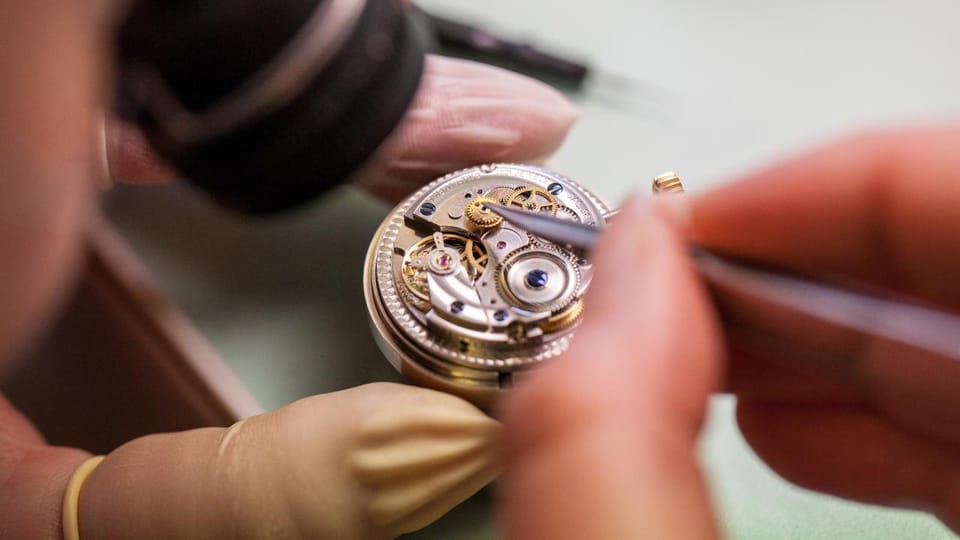 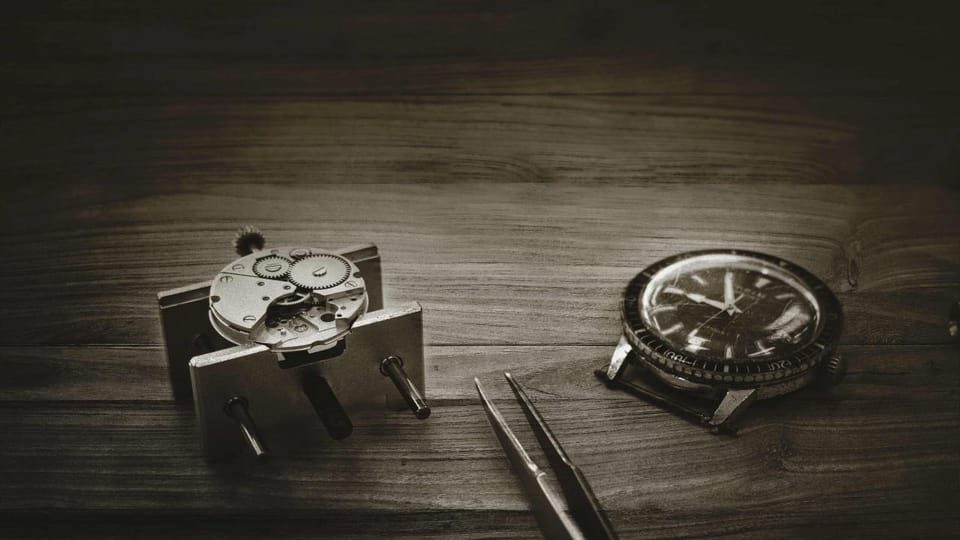 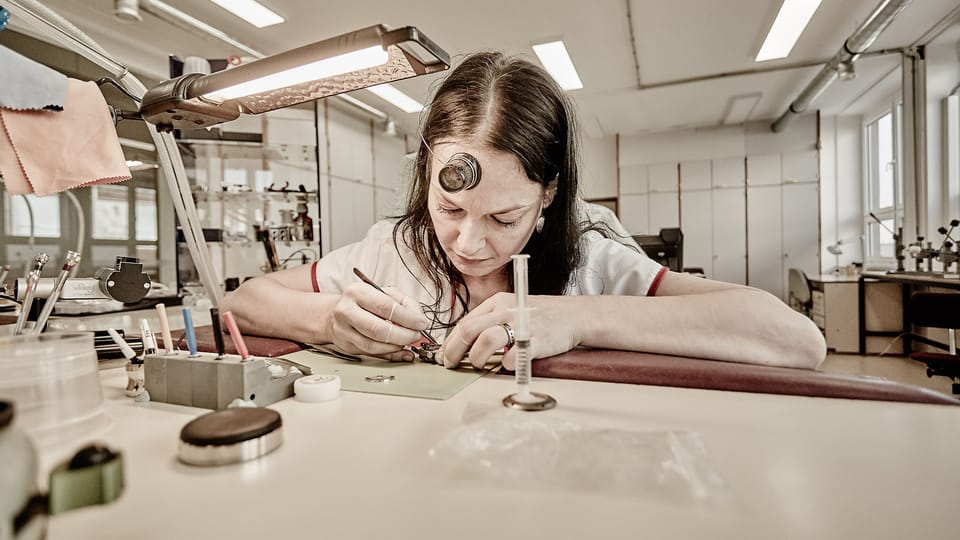