Czechia is not famous for making world-class cheese. There is, however, one notable exception: a very peculiar local type of cheese made in Moravia called „Olomoucké tvarůžky" or, more colloquially „tvargle". It has been produced in the region around Olomouc for centuries and is famous for its aromatic smell.

Photo: Museum AW Olomoucké tvarůžky
Photo: Chmee2, Wikimedia Commons, CC 3.0
Some people love it, some hate it. The smell of this cheese from the heart of Moravia has been compared to a lot of things good and bad. But there is no doubt that Olomoucké tvarůžky is a very particular, unique kind of cheese. That is something recognized both by Czechs and foreigners. Helen Rankin is a Londoner and she fell in love with this peculiar delicacy in the 1990's when she taught English at Palacky University in Olomouc:

"It kind of sets off all receptors in your mouth and in your brain. It´s got a very particular and strong taste. I could do without the smell, though. One time I took the Olomoucké tvarůžky on a long journey on a bus and plane and bus and train. After some time I thought I needed a shower. Then I realized that it was coming out of my bag even though the cheese was wrapped up in ten layers of plastic."

Another English teacher in Olomouc was Mia Belsky from Canada. Her father was Jewish and fled from Moravia before Nazi Germany occupied Czechoslovakia in the 1930's. Even though he did not care much for the country where he lost all his family in the Holocaust, he still craved for the smell and taste of Olomoucké tvarůžky that he probably associated with happier times of his childhood. Mia had to promise she would bring a substantial amount of the cheese back to Canada, which was not without problems. Officially you were not allowed to bring any foodstuffs to North America on commercial flights:

Jiří Kopáček, photo: Jana Přinosilová, Czech Radio
"We had to wrap it up in this plastic and then stick it in glass jars. I was afraid they were going to kick me off the plane. It was so horrible! But my dad loved this cheese so much and I had no choice. When I got it home my mother smelled it and she went like ‘Are you kidding me?!'

However, that distinct and according to many people unbearable smell is a result of completely natural and harmless processes, explains Jiří Kopáček, the head of the Czech and Moravian Dairy Association:

"It is due to bacterial curdling of the milk protein during the ripening process. It is a natural process, no sulfur enzymes are used as is common during the production of other types of cheese, this makes all the difference."

In 2010 „Olomoucké tvarůžky" has been registered as a Protected Geographical Indication by the European Union. Jiří Kopáček again: 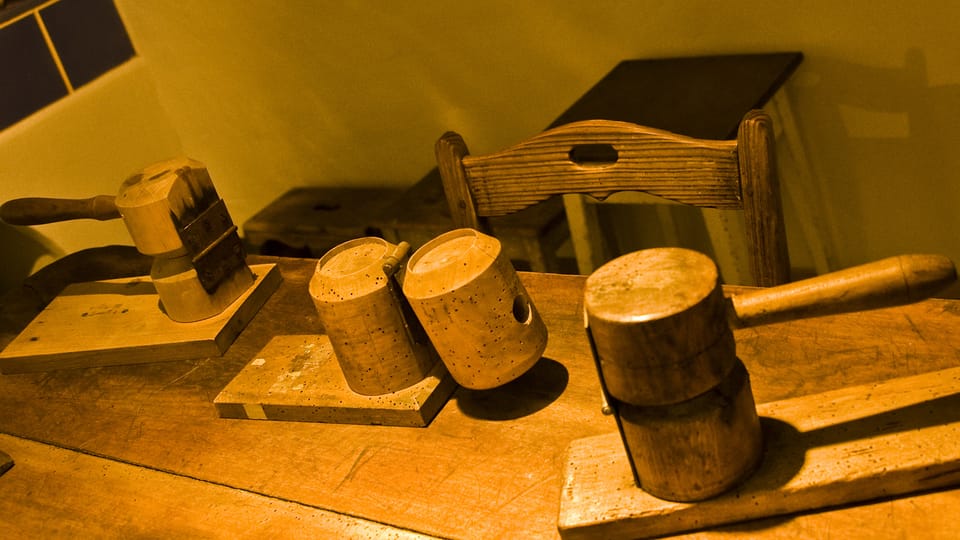 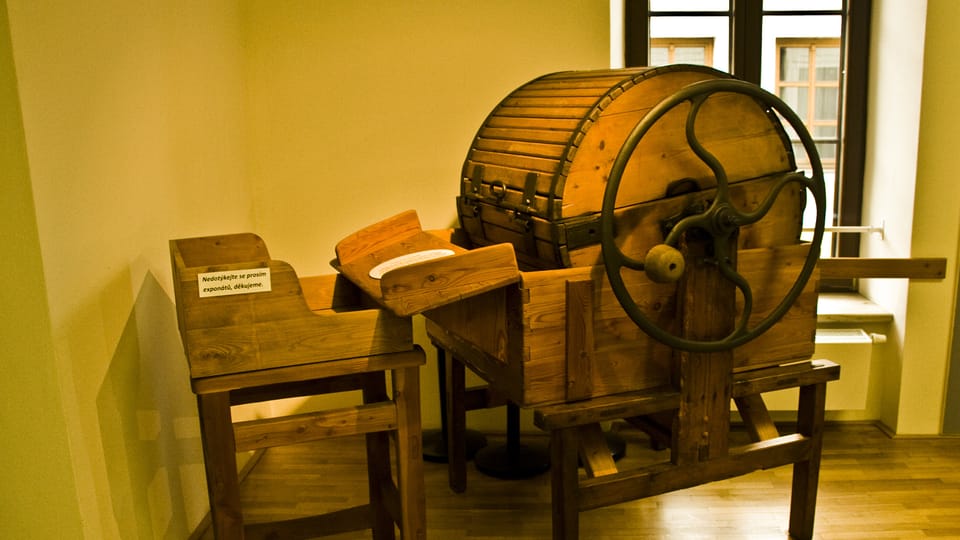 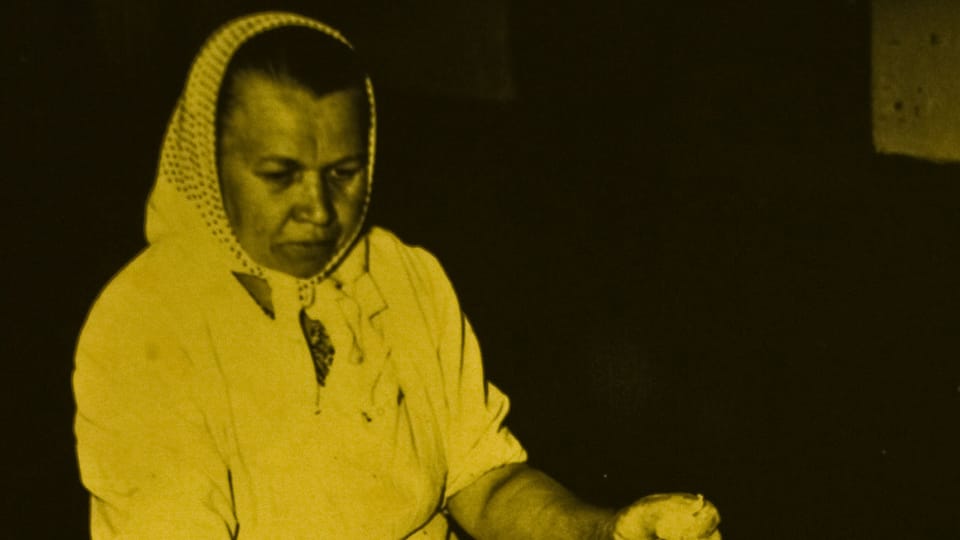 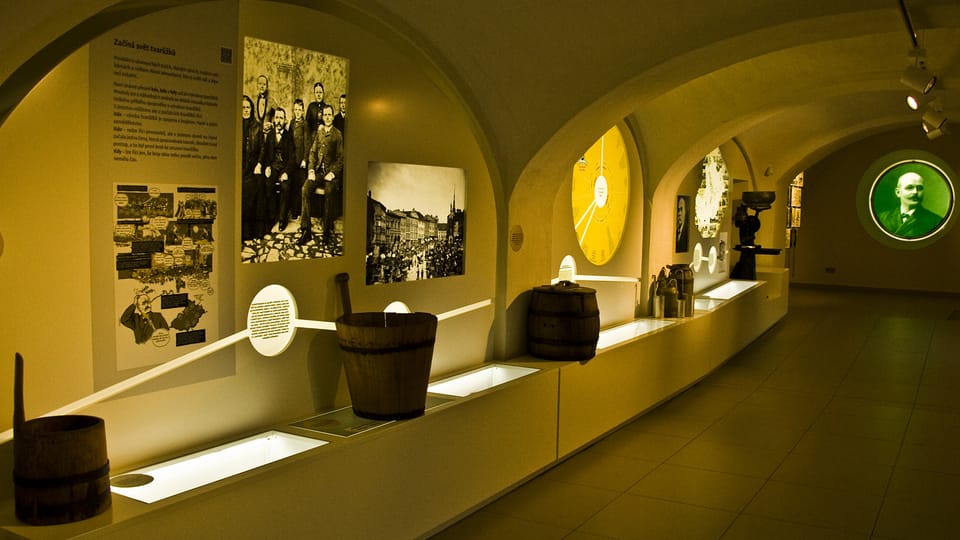 "It is basically the only Czech original cheese that has survived over generations of producers and is still economically viable. There were probably many other types of local cheese, but they are not produced anymore. Olomoucké tvarůžky is still in production and its history is hundreds of years old. If I remember correctly, it was first mentioned in 1494 – two years after the discovery of America by Columbus. So we are talking about more than 500 years of this tradition. This, already, makes it unique. But it is also very unique when it comes to its nutritional values.

Olomoucké tvarůžky, photo: Czech Radio - Radio Prague
This cheese is, in fact, almost without any fat, a very low-calorie type of food. So it is an excellent snack for people on the low energy diet. At the same time, it has a very high protein value. And because Olomoucké tvarůžky is also a very ripe cheese, the milk proteins are already degraded to a large degree, it is very easy to digest. So in every respect, it is a very light and healthy food."

This unique Moravian cheese now has its own museum in a small town of Loštice near Olomouc in central Moravia. There you can find out more about its traditional and modern production and even watch a docudrama about Olomoucké tvarůžky. But you should be able to find and buy the cheese in any self-respecting shop or delicatessen anywhere in Czechia.