It has been called the communist's answer to Coca Cola and Pepsi - a fizzy cola with an unexpected twist - the Czech brand Kofola - actually invented in the 1960s by the Communist Planning Committee as a means of using up surplus caffeine extracted from coffee beans. In the 1970s and 80s the brand enjoyed wide popularity in Czechoslovakia but found itself trouble in 1990 when brand giants like Coca Cola and Pepsi fully entered the Czechoslovak market.

Kofola - how the communists' answer to Coca Cola was reinvented for the 21st century
Jan Bosak is Kofola's marketing director: he explains the difficult task his company faced in turning the cola around.

"At the beginning of the 90s the future was very poor [for Kofola] because of the entry of international brands on the local market. Kofola was even withdrawn from the market for a couple years - in fact the brand was dead. Our company started to distribute Kofola because we believed in the tradition, we believed in quality, and we believed in the originality of the product. Two years ago we bought the trademark from the owner and we started to do proper marketing and distribution and the decision just proved to be right."

Creating an ad campaign aimed at a young and hip audience was a key component to Kofola's future and coming up with the proper slogan was no doubt important. Eventually, the company settled on the catchy "Kdyz ji milujes, neni co resit" - "If you love her nothing else matters", a slogan aimed at tapping into consumers' feelings about Kofola as a brand: a patented mix of various herbs and squash - not quite cola but not quite root beer either - let's just say it's an acquired taste.

The slogan "If you love her nothing else matters" then featured prominently in a memorable ad about a young couple in a posh restaurant.

"Let's say that was the first attempt, let's say, to address the younger generation: very successful in terms of getting awareness."

Dating back to 2003, the ad was catchy not only because of dynamic angles and chic editing, but because it stressed the product's theme: if you love her, then that's that,

A young woman digs into her food with passion while her boyfriend smiles to himself and observes. A clever detail shows her arching foot under the table - a sign of sexual-like thrill as she eats. Clearly she is not the conformist - though she is blissfully unaware of disapproving stares from others in the restaurant.

Then, as her boyfriend gets ready to spring an engagement ring, she spouts a stream of what else - Kofola - in the young man's face. His shirt and tie are soaked, his suit ruined.

But, does it matter? Of course not: he loves her the way she is.

In fact, he loves her because she is so different. 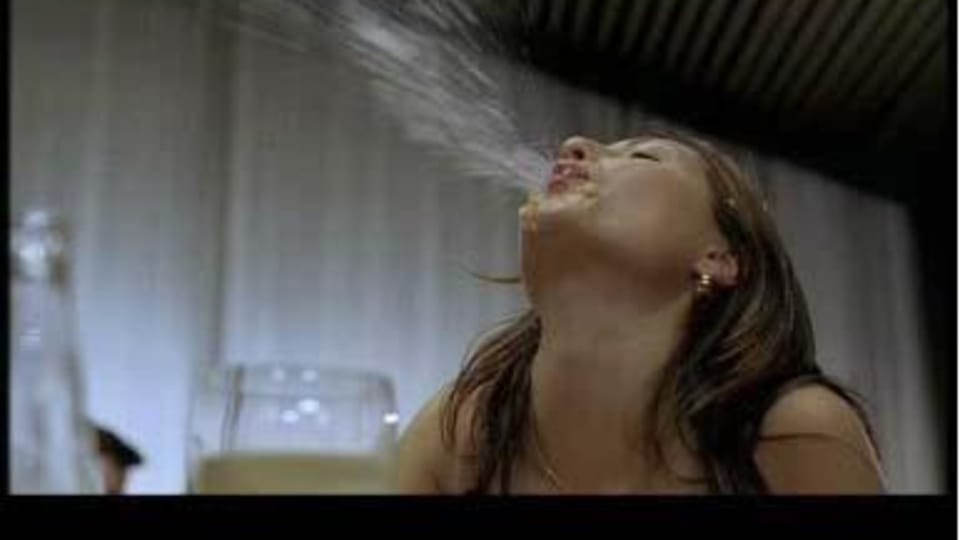 The same, says Jan Bosak, goes for the beverage, both for members of the new generation and those who remember the brand's earlier days. In his view Kofola remains a Czech and Slovak original to which both Czechs and Slovaks can relate, not least because the company ties its brand closely to local traditions.

"Our marketing strategy is built around the local perception of a brand. If we do a local campaign for Christmas we are always using local phenomena, like local ways of celebrating Christmas in association with the brand and that's a big advantage."

The ad campaign described and ones that have followed - including one where a group of boys shyly buy bottle after bottle from a buxom blonde - have paid off.

Kofola is now planning to expand production and sales to Poland, an investment estimated at 20 million euros, though the company itself has declined to confirm the amount. What challenges await the brand there, compared to the Czech Republic? Jan Bosak confirms that in Poland, Kofola - the brand - will have to start from scratch.

"Kofola as a brand - it's a big question mark because we still have to do proper testing before we enter the market there. Definitely taste tests, definitely tests targeted at product appearance: the bottle, the label, current advertising, lifestyle tests, everything. Those are some of the things that still lie ahead."