Coca-Cola is one of the world's most recognised brands, but if you are someone who’s spent any length of time in the Czech Republic you will likely have noticed that the Czechs have their own alternative – the similarly-named and similar-looking soft drink Kofola. However, Kofola has quite a distinct taste from Coke, Pepsi, and other cola-flavoured drinks – and for foreigners who are new to the Czech beverage, the flavour can come as a bit of a shock. Despite this, popular Swedish blogger SwedishNomad included Kofola on his beverage bucket list as one of the drinks that everyone has to try at least once before they die, so it does have a following abroad, if a somewhat niche one.

The visual resemblance of Kofola to Coca-Cola is no coincidence – the drink was in fact created as socialist Czechoslovakia’s answer to the popular American soft drink.

Coca-Cola first appeared in the country at the end of the Second World War, when American soldiers who liberated western Bohemia introduced the locals to the drink by giving them cans of it in exchange for traditional Pilsner beer. But during the following years when the Communist regime took over, coke wasn’t widely available, and where it was available – in select high-end restaurants and in state-run Tuzex shops where vouchers bought using foreign currency could be exchanged for luxury goods from abroad – it wasn’t affordable to the average Czech at the time. In 1968, coke began to be produced domestically at a plant in Brno, but even then it still wasn’t widely accessible.

Coca-Cola thus represented to many Czechs in the 1950s, particularly from the younger generation, the delicious promise of unreachable lands and forbidden goods. Rather than have their youth pine for products from the West, the socialist regime decided to come up with a solution – their own answer to the sweet brown American drink.

Zdeněk Blažek, director of Prague’s Research Institute for Medicinal Plants, received an order from on high one day in the late 1950s to “create a socialist alternative to imperialistic caffeinated cola drinks, using raw materials that can either be produced domestically or imported from friendly countries.”

Quick to follow instructions, he sought out the young pharmacist Jaroslav Knap, who was in charge of the production of herbal tinctures at a drug factory in Opava at the time, to work alongside him. At a pharmaceutical convention in Karlovy Vary in 1959, they agreed that Blažek would come up with the recipe while Knap would be responsible for producing the new drink on an industrial scale.

Kofola: Czechia‘s answer to Coca-Cola | The soft drink Kofola was created in 1959 on the orders of the former Communist Czechoslovak government as an alternative to American Coca-Cola. For... | By Radio Prague | Facebook

Knap later recalled Kofola’s beginnings in an article for Blesk in 2010.

“A new laboratory was established in Jilská street in Prague. There, in two rooms of the former caretaker's apartment, Zdeněk Blažek mixed various herbs and boiled them on a two-hob gas stove. It was very primitive, but it worked. After less than a year, a concentrated herbal syrup was created, and we in the factory had to start producing it industrially.” 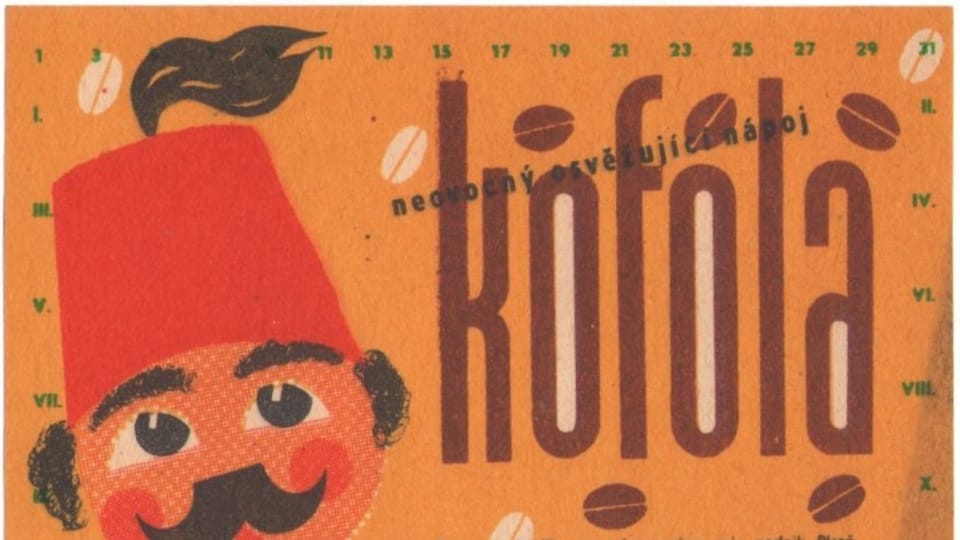 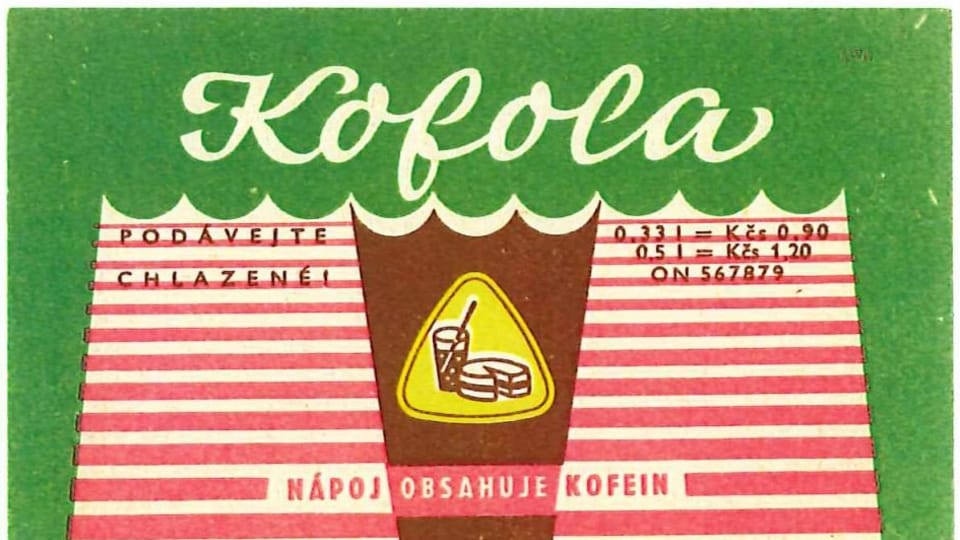 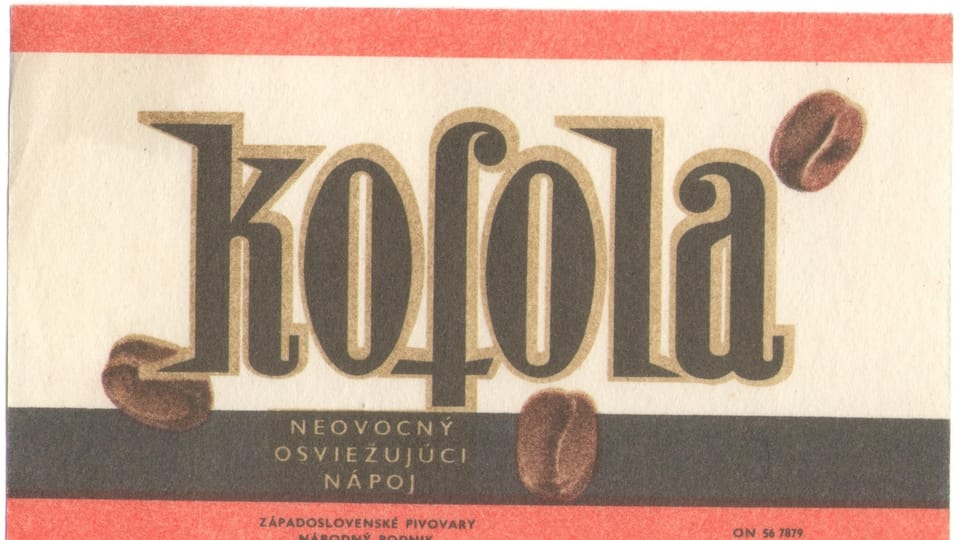 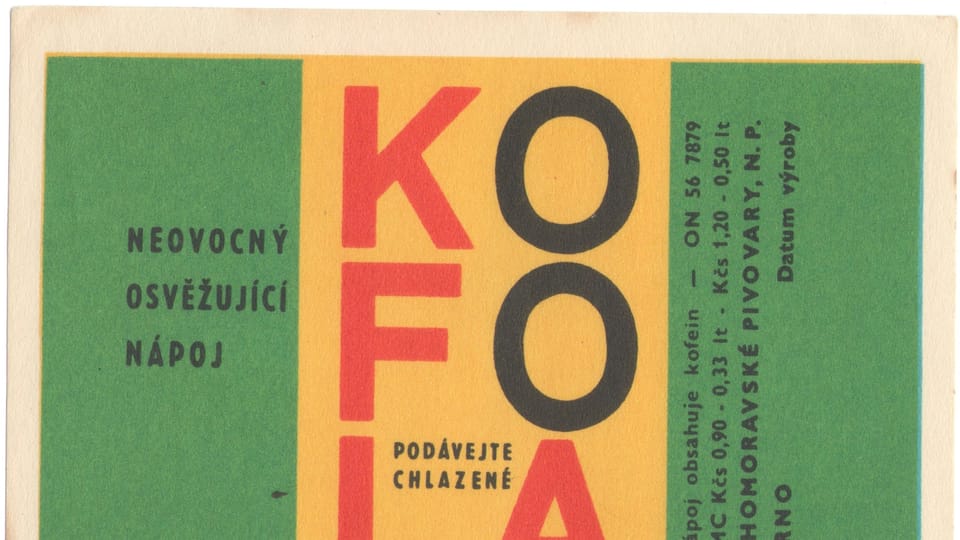 The original sweet and sour herbal syrup that Blažek mixed together was called Kofo, and the drink that was created from it was therefore first named Kofokola. But it was decided that the name was too long – plus there was fear that trademark disputes could arise – so the name was shortened to Kofola.

Just like with Coco-Cola’s recipe, the precise composition and proportions of the ingredients that Blažek used remains a closely-guarded secret. Nowadays, only five people know the exact recipe for Kofola and it is stored in several different places, both physically and electronically. But it is known that there are 14 ingredients in Kofo syrup, including raspberry syrup, blackberry, strawberry and raspberry leaves, cinnamon, liquorice, caramel, apple, cherry and currant extracts, and dried orange peel.

When mass production of Kofola began, collection of the requisite herbs and orange peel had to be organised on a national scale. However, the production process did not always go smoothly. Knap remembers how they dealt with caffeine shortages.

“There wasn’t foreign currency for importing caffeine. I can’t remember which one of us it was that had the idea to get it from the chimney of the only coffee roasting plant that existed in Prague at the time. During the roasting process, waste soot was produced that contained a high concentration of caffeine, so a container for catching the soot was placed in the chimney and the caffeine was then chemically extracted from it.”

Kofola first appeared on the Czech market in 1960 and immediately became popular. Interest in the new drink was so great that at the end of the 1960s, the herbs needed for it ran out and had to be imported.

But after the fall of Communism in 1989, Kofola suddenly had to deal with big global competitors such as Coca-Cola, Pepsi, and dozens of other brands of soft drink becoming widely available on the mass market. Sales plummeted, then stagnated. There was a period where it seemed that Kofola might disappear altogether.

But, in 2002, a saviour came along in the form of the Santa nápoje company, owned by the Greek-immigrant Samaras family. Kostas Samaras had come to Czechoslovakia in 1948 at the age of only eight, fleeing the civil war in Greece which had divided his family. He stayed in Czechoslovakia with only his brother and sister and had to spend his childhood in a children's home.

His son, Jannis Samaras, currently Chairman of the Board of Directors and CEO of the Kofola company, told Czech Radio about how his father came to be the man who revived the Kofola brand.

“It was a matter of chance and fate. In those days, there were no strategic plans the way there are in companies nowadays. My father was an agricultural technician: he worked on land reclamation, draining fields for agricultural use. After the revolution, it became clear to him that field drainage was over and that the priorities would be different. So he looked to his Greek roots and decided to import oranges from Greece.”

But this business was not successful, so instead, he bought a small soda factory in Krnov and began producing soft drinks. During this time, there were multiple companies operating under the brand-name “Kofola”, which had little or nothing to do with the original brand and recipe.

But in 2002, Samaras’s company bought the near-forgotten Kofola brand and the licence to produce it from the pharmaceutical company Galena, and Santa nápoje became the only legally recognised producer and distributor of Kofola in the Czech Republic and Slovakia, with the other “Kofola” companies who had used the trademark having to rename their products.

This was the turning point for Kofola that rescued it from being consigned to the cupboards of history. Under Samaras’s direction, the brand underwent a major resurgence. Samaras capitalised on the nostalgia factor that the drink conjured up for the generation born in Czechoslovakia in the 1960s, ‘70s and ‘80s, launching a funny and nostalgic advertising campaign which rebooted Kofola’s stagnant sales and made it a favourite once again in the Central European market.

The advertising slogan "Když ji miluješ, není co řešit", which means something like “If you love it, then there’s nothing to work out” is somewhat reminiscent of UK brand Marmite’s slogan “You either love it or you hate it”, acknowledging that the product tends to be divisive, eliciting either devoted fans or fervent haters.

“If you love it, then there’s nothing to work out”|Photo: Barbora Němcová, Radio Prague International

The media campaign was immensely successful and Kofola made a huge comeback, with sales and production climbing back up and the product becoming a fixture in the Czech Republic one again as well as in Slovakia, Poland, Slovenia, Croatia, Russia, Austria and Hungary.

And how does Kofola compare to its old capitalist rival, Coca-Cola? Well, it certainly tastes less overwhelmingly sweet – compared to Coca-Cola, Kofola contains 30% less sugar and does not contain any phosphoric acid. And although the taste may be strange to those who aren’t used to its sweet and sour flavour, as the slogan says: “If you love it, then there’s nothing to work out.”