There is a magical place in South Bohemia. You walk or drive along a river and suddenly you feel like you are in England, more precisely at Windsor. You check the map, make sure that the river is the Vltava and you are still in Bohemia. Yet the outlines of the castle you see before you look remarkably like the Royal Castle of Windsor near London! That’s because you have arrived at Hluboká, where the aristocratic Schwarzenberg family built one of their family seats in the neo-Gothic style.

Majestic Hluboká Castle, photo: Vít Pohanka / Czech Radio
It is quite a steep climb up the hill to the Hluboká Castle. In fact, it should be called a chateau, because it was built in the first half of the 19th century long after castles lost their strategic significance. But there used to be a real Gothic fortress here ever since the middle ages.

Helena Remtová works in the local branch of the National Heritage Institute:

“Hluboká was founded as a medieval fortress in the 13th century by the Bohemian King Wenceslas I. Throughout centuries it was a property of 26 mainly local Czech noble families. However, the most important owners of the castle came later from neighboring Bavaria in what is now Germany. They got the castle after the Battle of White Mountain and retained it for some 300 years.”

What used to be a Gothic fortress was rebuilt as a chateau in the Renaissance style. But later, in the first half of the 19th century, Johan Adolph II of Schwarzenberg and his wife Eleonor inherited Hluboká.

The pair were admirers of the historical novels of Sir Walter Scott and attended Queen Victoria’s coronation in England in 1837, saw Windsor Castle and decided that they simply MUST have something like that back at home.

“They commissioned the famous Vienna architect Franz Beer and he designed the reconstruction in neo-Gothic style. He oversaw the works for 20 years. Then his colleague Franz Damasus Deworetzky took over and finished the interiors, even though it kept him busy until 1871.”

Coat of Arms of the Schwarzenbergs - owners of Hluboká for 300 years, photo: Vít Pohanka / Czech Radio
The Schwarzenbergs were one of the most prominent and wealthy families in the Austrian Empire. Naturally, they expected all the comfort and luxury that the 19th century could offer inside. The castle interior is an excellent example of the luxurious lifestyle that the aristocracy in the Habsburg Empire enjoyed.

There are a grand staircase and drawing room decorated with beautiful wooden carvings, numerous paintings, and coats of arms. The library boasts some 12,000 volumes in many languages, the oldest dating back to the 16th century. It was definitely not just for show.

The Schwarzenbergs were known to be polyglot voracious readers and spent many a gloomy autumn evening here.

Then there is the armory full of authentic weapons, complete with swords and armor from the Middle Ages to 19th-century muskets, rifles, and field guns. The kitchen where the servants prepared food for prominent guests from many countries is very popular, especially with younger visitors.

Hluboká is a great example of the neo-Gothic style. It also shows the kind of romanticism with which aristocratic families that could afford it viewed the way of life of their chivalrous ancestors in the Middle Ages. 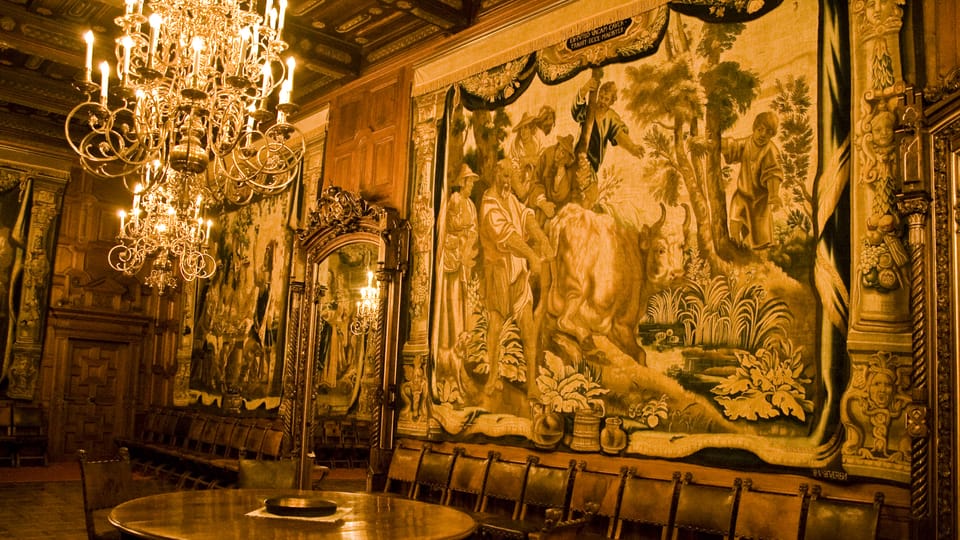 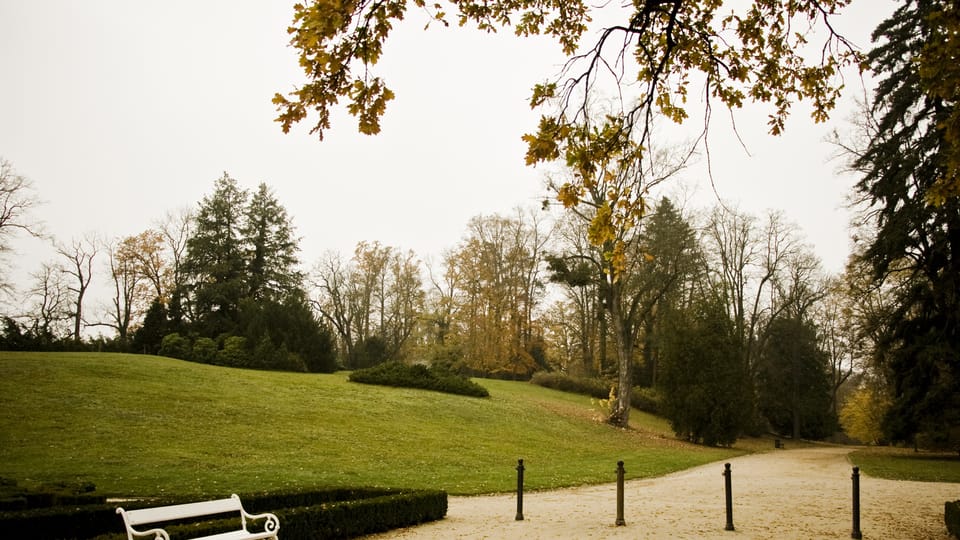 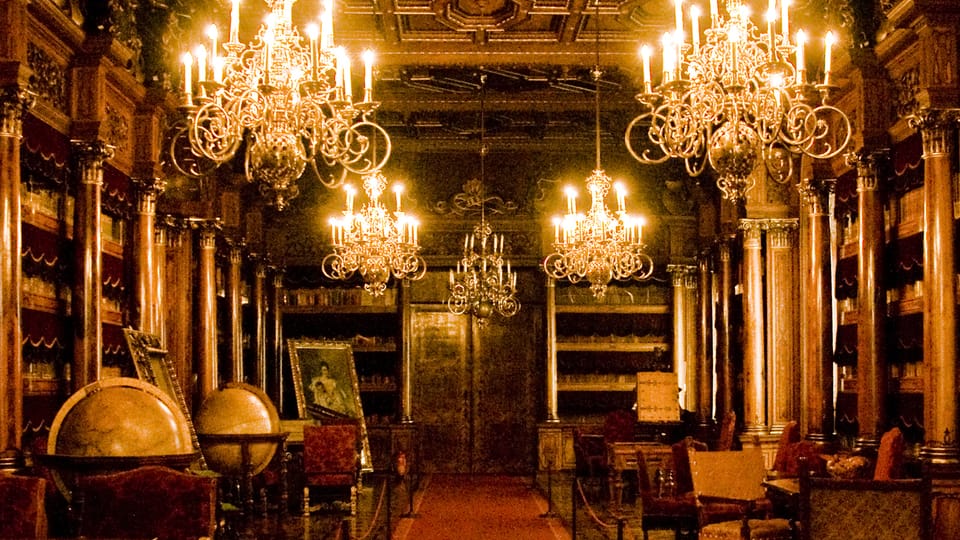 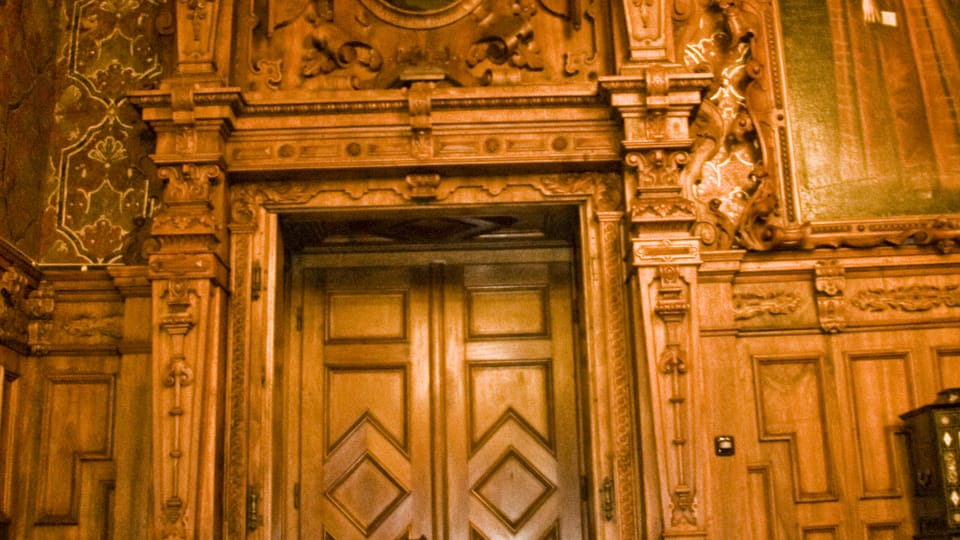