Fried cheese or smažený sýr, familiarly known as smažák, is a staple on Czech menus, from shabby pubs and bistros to middle class restaurants. The slices of cheese, coated with breadcrumbs and deep fried, are traditionally served with French fries or potatoes and tartar sauce. Find out more about smažák in the second part of our Czech Food Classics series.

It is shortly before noon and the kitchen in Czech Radio’s canteen is busy with last-minute preparations, with dozens of pots bubbling on the stove. Chefs Michael Dvořák and Mirek Císař are getting ready to submerge hundreds of slices of cheese, covered in bread crumbs, in simmering oil. We ask them to share their secret of making the perfect smažák. 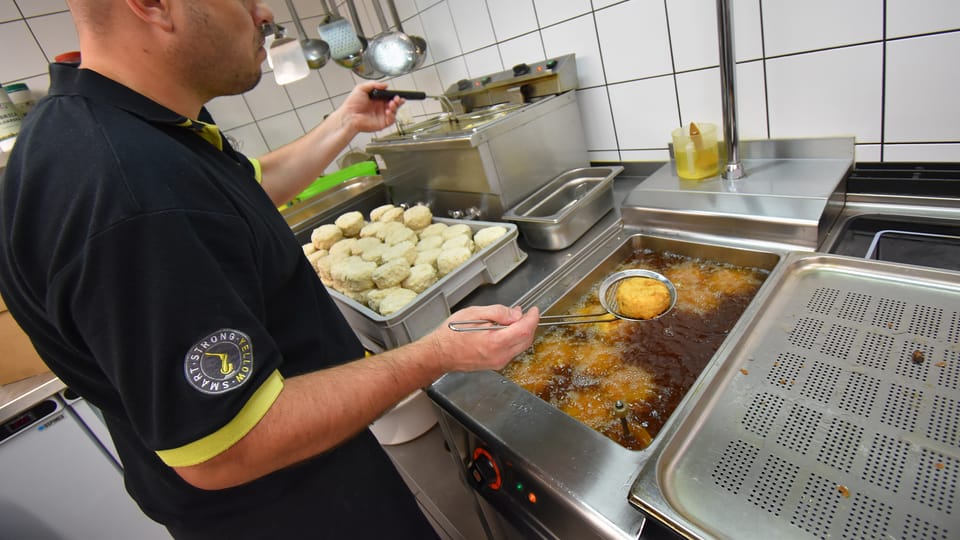 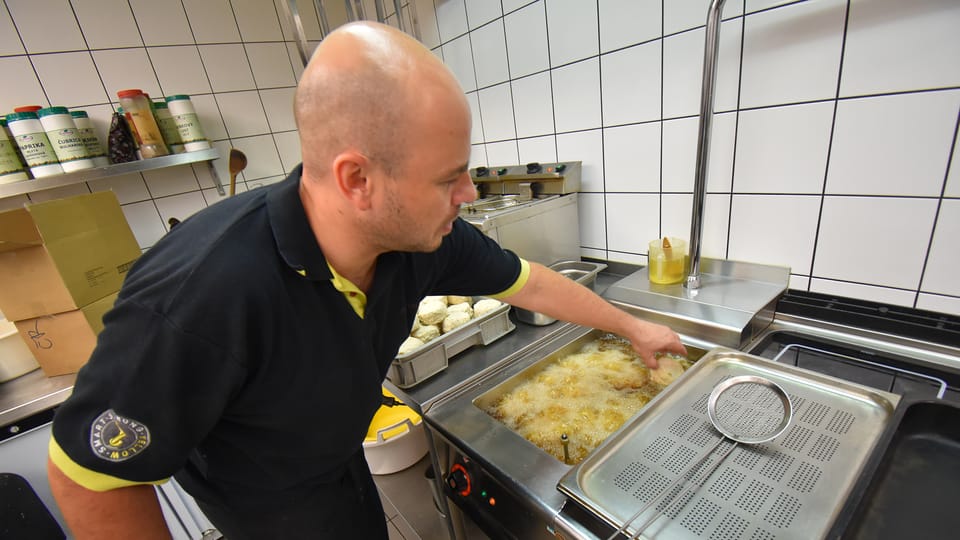 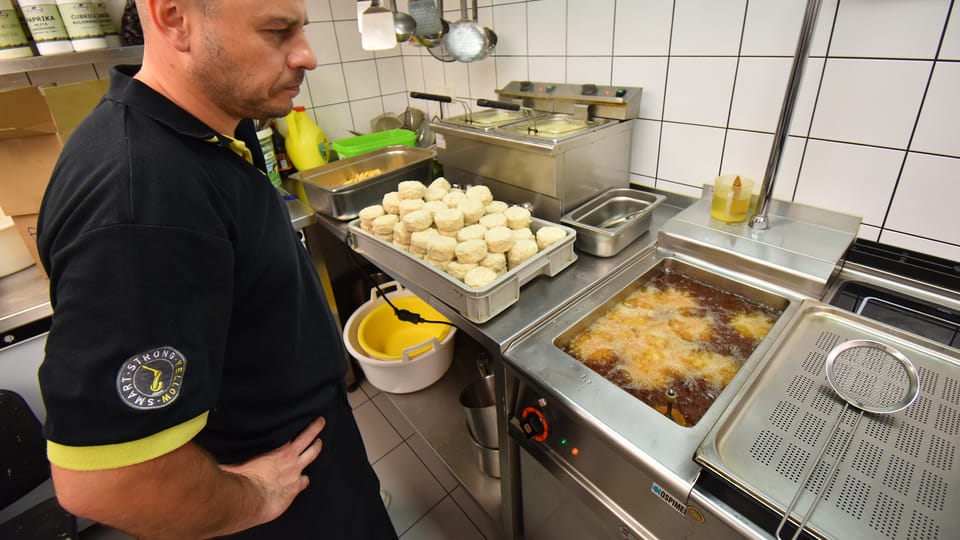 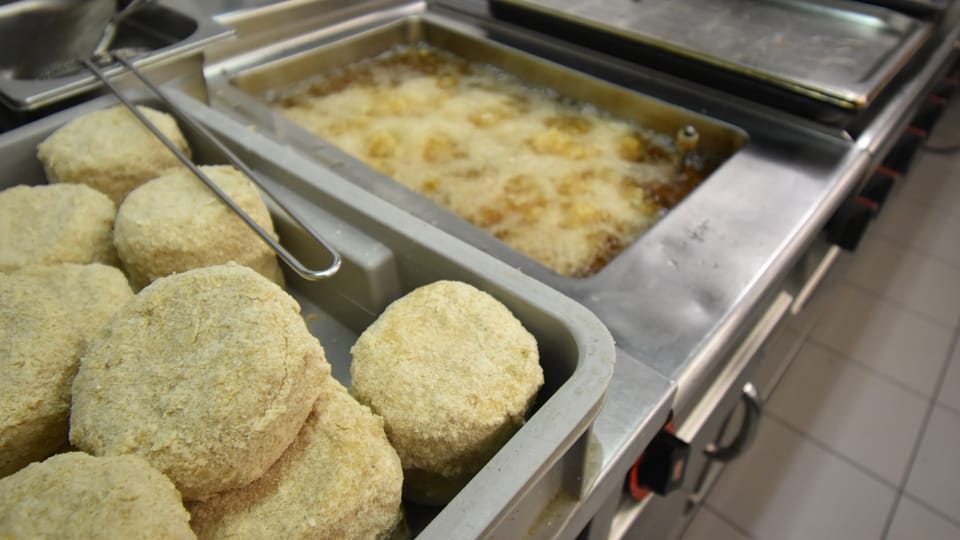 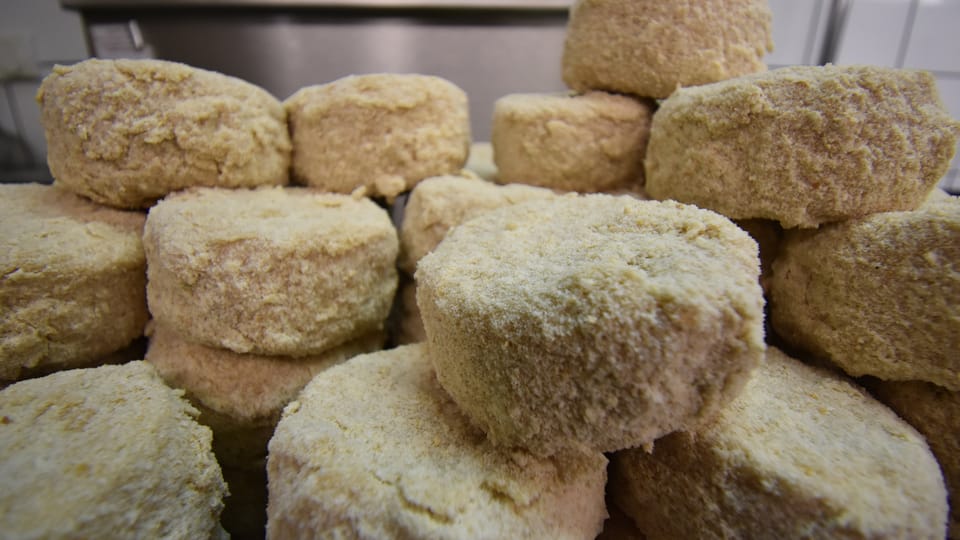 “The oil has to be really hot, otherwise the cheese will leak. That’s the main rule. You also have to make sure to submerge the cheese completely, otherwise the breadcrumb coating will crack. A deep fryer is ideal for preparing fried cheese, but you can also use a frying pan, as long as you use enough oil.”

“Hermelín has the advantage of not leaking out, because of the crust, so you don’t have to be so careful when covering the cheese in breadcrumbs. With other types of cheese, you have to be really careful not to leave any spot uncovered.”

“You have to cover it twice in trojobal, that is a coating made of flower, raw beaten egg and breadcrumbs, and then you simply fry it in the same way as Weiner schnitzel. You submerge it in hot oil and once it rises to the surface, it is ready.”

Photo: Ondřej Tomšů
Although dismissed by food critics as junk food, smažený sýr remains one of the staple Czech meals both in pubs and at homes. In the Czech Radio canteen, for instance, it appears on the menu once every two weeks.

For many years, smažený sýr has been the only vegetarian alternative available in Czech pubs. Even today, when the choice is much wider, it remains very popular, not only with Czechs but also with foreigners.

“My favourite dish, or perhaps the dish which is most unusual for us foreigners here is the so-called smažák or smažený sýr which, as you well know, translates as fried cheese. “It [smažený sýr] was the very, very first Czech dish I had - and I had it within about half an hour of arrival at Florenc bus station in August 1992 at a little restaurant called Deminka, which is now a very posh Italian restaurant but wasn't then.

“I was presented with a plate of something square and deep-fried in bread crumbs, served with chips, or French fries, and a big dollop of tartar sauce. And it was possibly one of the most amazing culinary experiences I've ever had in my life.”

Fried cheese is very popular especially with children, who prefer to eat it with French fries and ketchup. In a recent internet poll they voted it the sixth most popular Czech meal, ahead of goulash or pork with dumplings.

But not everyone shares the enthusiasm for smažák. French cook Mickaël Bernon says Czechs have yet to learn how to consume cheese with more style:

“I have tried fried cheese several times but I what I could never eat is fried Edam. I have nothing against fried Camembert, although it is a bit runny and certainly very nutritious. Smažený sýr shows how Czechs consume cheese in general. They can eat up to 100 grams of cheese at a time!

“I have been trying to explain to Czechs that it is enough to consume around 10 to 20 grams of cheese after meal, especially the more distinct varieties. But Czechs prefer to eat their cheese as the main dish, which must be really heavy to digest.”