The skiing season is in full swing here in the Czech Republic and ski resorts all around the country are reporting excellent conditions following heavy snowfall in early January. Radio Prague paid a visit to Boží Dar, one of the most popular ski resorts located in Krušné Hory in the northwest of the country.

Krušné Hory or the Ore Mountains form a natural border between the German region of Saxony and North Bohemia in the Czech Republic. It is the longest mountain range in Bohemia stretching over a distance of 130 km. The region has been influenced by 800 years of ore mining and processing and contains a number of unique historical mine shafts and other mining monuments.

Eva Nduwimanna, photo: Ondřej Tomšů
Tourism in the Ore Mountains began to develop in the 19th century, with the development of railways. In many places mountain inns and observation towers were erected on the highest peaks. Today there is not only a dense network of trails, but also an extensive cross country skiing network and downhill ski slopes for winter sports.

The town of Boží Dar lies in the heart of the Ore Mountains, below the highest peak of Krušné Hory: Klínovec. With its altitude of 1028 metres above sea level, it is the highest inhabited town in Central Europe and one of the country’s most popular ski resorts.

Thanks to the high altitude, Boží Dar has one indisputable advantage over other resorts in the Czech Republic, and that is early snow. Visitors can enjoy cross-country skiing in groomed tracks while other resorts are still getting ready for winter. There are some 50 kilometres of maintained trails in the vicinity of Boží Dar, but more demanding skiers can also use the neighbouring resorts or cross the border to Germany, explains Eva Nduwimanna from the company První Krušnohorská, which is in charge of maintaining the ski tracks:

“What makes our resort special is the connectedness with trails in Germany, which gives the skiers more options to choose from. The offer is really varied, so they don’t have to go in one direction there and back.

“We have trails for beginners as well as more demanding tracks for experienced skiers. You can run across meadows and through the forests, so I think really everyone can choose what they like.” 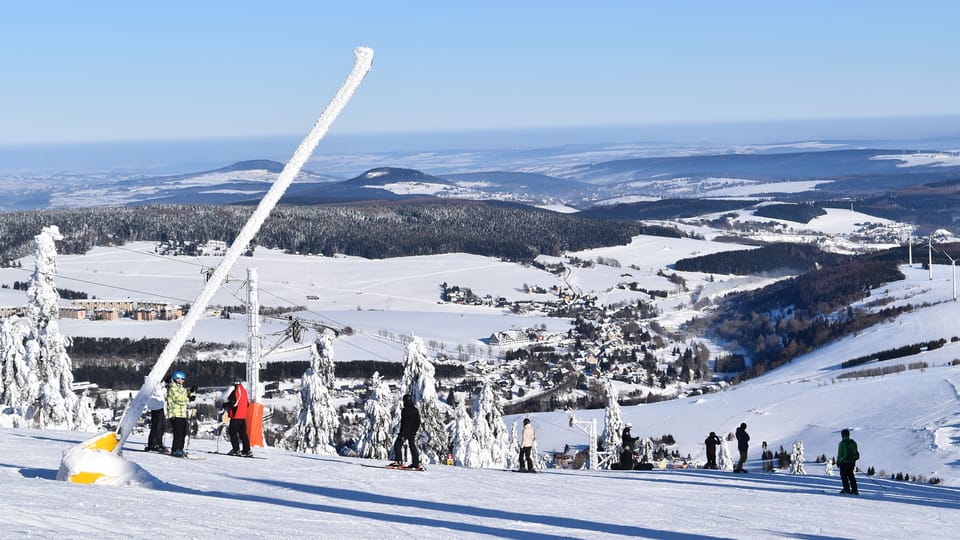 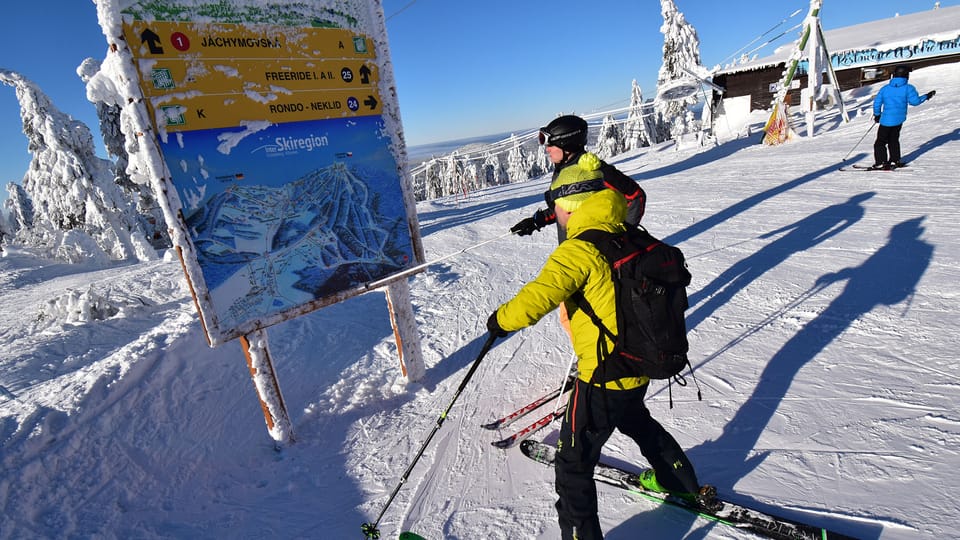 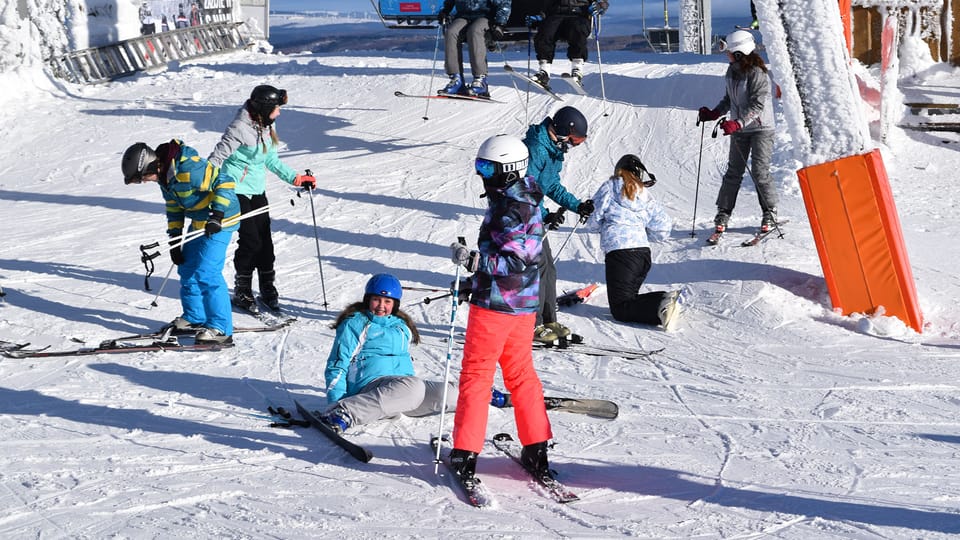 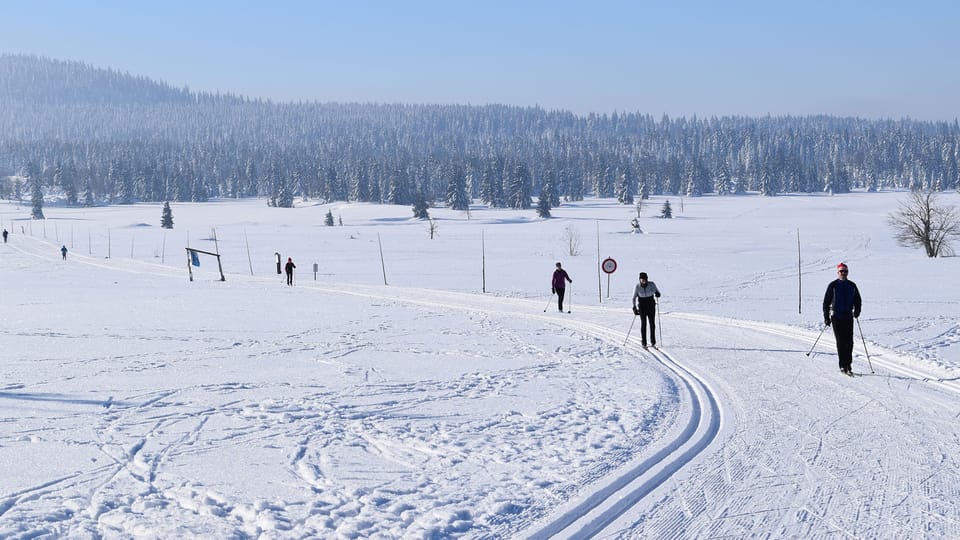 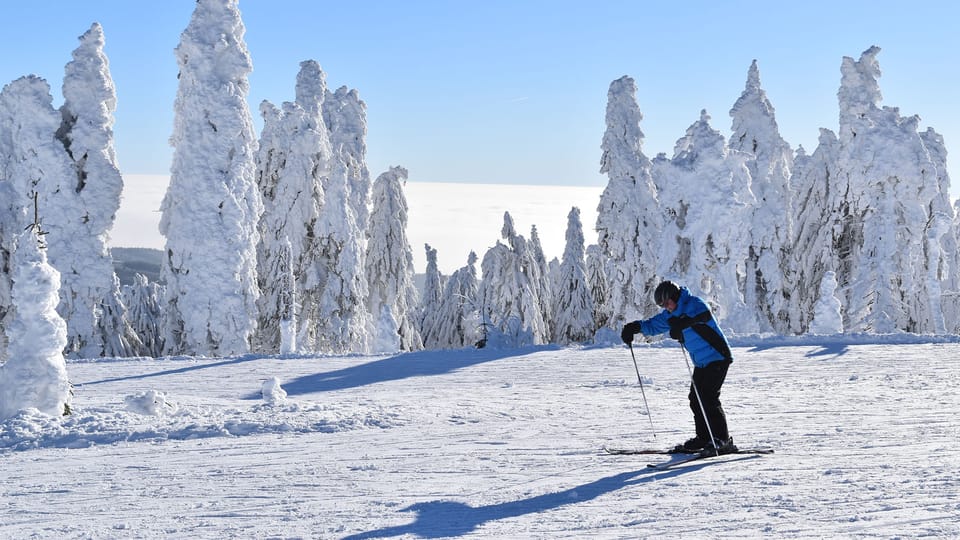 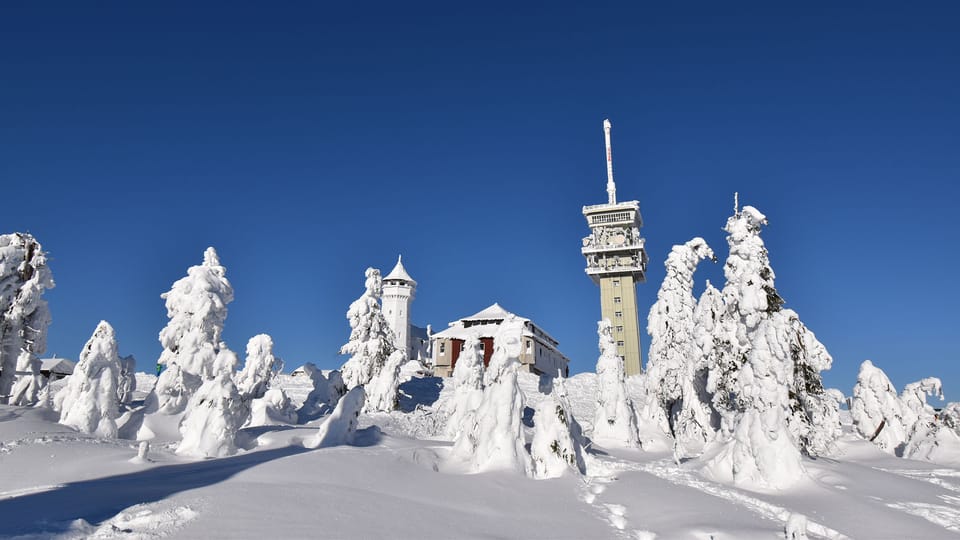 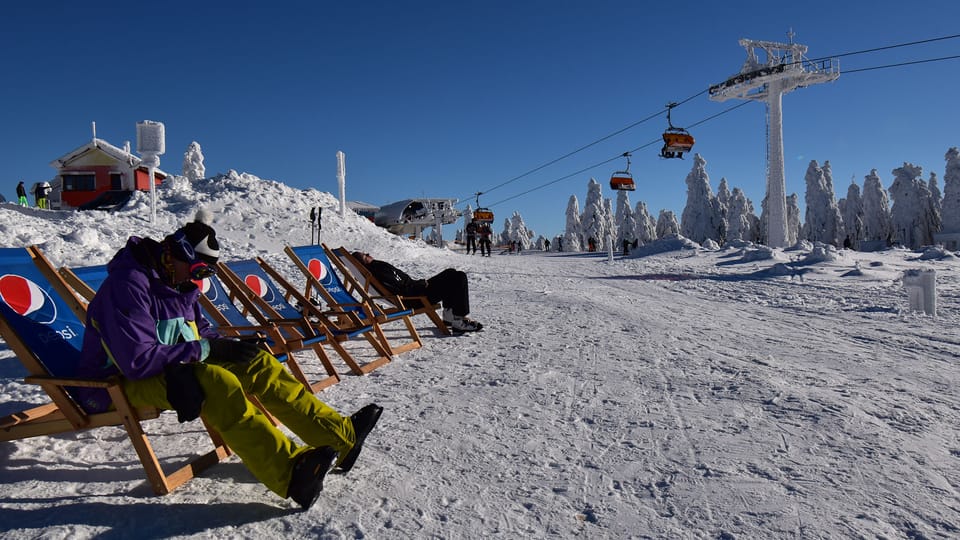 Boží Dar translates into English as a Gift of God. Every year, tens of thousands of people from the Czech Republic send their greetings to the local post office, which stamps them with a special Christmas stamp. It also receives children’s wishes addressed to Ježíšek, or little baby Jesus, who, according to Czech tradition leaves the presents under the Christmas tree.

Throughout the whole year, families with children can also enjoy the so-called Baby Jesus Trail, fulfilling various tasks along the way. After completing the trail, they receive a Baby Jesus stamp and a little reward at the local post-office.

However, more experienced cross-country skiers also have a wide array of racks to choose from, says Eva Nduwimana:

“You can take the main cross-country skiing route from Boží Dar to Červená jáma. There is also a 20-kilometre circuit called Karlův běh, from Boží Dar to Plešivec. It has a nice terrain and there aren’t that many pedestrians.

“If you want to avoid families with small children and want to enjoy a good run, you should definitely choose the main skiing route or the four-kilometre circuit for skate-skiing around the peak of Špičák.”

Photo: Ondřej Tomšů
A number of events take place in Boží Dar during the winter season, including cross-country ski races, which are open both to professionals and the general public. Eva Nduwimanna again:

“The best-known race is Karlův běh, one of the oldest long-distance races in the Czech Republic, which takes place near Boží Dar. You can choose between a 20 and 40-kilometre run, and between classical technique or skate skiing. There is also a shorter race for children.

“And then we have a special evening race called Světlušky. You need to take a headlamp to be able to take part and it has really a very special atmosphere.”

Downhill skiers and snowboarders arriving in Boží Dar can also take advantage of the proximity of Germany and enjoy the slopes in both the Czech and German parts of the mountains. Hana Hoffmanová is a spokeswoman for the Klínovec resort, the largest ski resort on the Czech side of the Ore Mountains.

“Thanks to connecting the resort of Klínovec with the neighbouring Neklid, we currently have some 31 kilometres of slopes, while in the past we only had around 18 kilometres.

“There is also a bus connection to the German side of the Ore Mountains, Oberwiesenthal. The bus connecting the two resorts leaves every hour and ski-pass holders can use it for free.”

The resort offers downhill slopes of varying difficulty, for beginners to families with children and more advanced skiers as well. Visitors can also use sports equipment rentals, playground for children or ski and snowboard school. Hana Hoffmanová again:

Hana Hoffmanová, photo: Ondřej Tomšů
“We have two slopes designed especially for freeriding, Jáchymov Freeride 1 and Freeride 2. One is 1,700 metres long and the other 800 metres long and they are between 210 and 280 metres wide. It is an ideal place for freeriding and it really is something quite unique. We don’t want snowboarders to ride under the chairlifts or off-piste.”

Just like the other ski resorts in the Czech Republic, the Ore Mountains are currently enjoying an excellent season. Nevertheless, local ski lift operators are not underestimating the weather, and they are doing everything they can to be prepared for a possible rise in temperatures later in the season.

“I would say this winter is the best we have had in recent years. There is currently around one and a half metre to two metres of snow on the slopes and it is a mix of artificial and natural snow.

“However, we cannot rely on having enough natural snow throughout the whole winter season. So we are making as much artificial snow as we can. It is better to have a reserve in case of a thaw.”

In case of really bad weather, visitors to Boží Dar can also enjoy a sports hall, indoor swimming pool and other activities. If the weather allows, skiing season could continue until March or early April.

The region of Boží Dar is attracting a growing number of tourists also during the summer season. They come to explore its cycling, hiking and nature educations trails, museums and monuments. As a part of mining cultural landscape of the Ore Mountains, Boží Dar together with other towns and villages in the region is also seeking to be listed as a UNESCO World Heritage Site.