Františkovy Lázně is the smallest and westernmost town of the Bohemian Spa Triangle, which it forms along with Karlovy Vary and Marianské Lázně. But although its population numbers only a little over five thousand residents, the town can certainly hold its own against its two larger rivals. Local spas have a tradition of being on the cutting-edge of balneology, and Františkovy Lázně itself is the greenest and most tranquil of the historical Czech spa towns.

Františkovy Lázně has nothing of the slightly chaotic character of most Czech small towns, which were often built with winding streets and in a hodgepodge of architectural styles. By contrast, the 19th-century buildings in the historical centre of Františkovy Lázně fit in well together and even have a uniform yellow-and-white colour scheme. Streets in the centre all run diagonally or parallel to Národní Street, which is the oldest avenue in town.

Walking down its wide, tree-lined sidewalks, one gets the sense that everything here was rationally planned for the sole purpose of creating an environment perfect for spa resorts. Indeed, Austrian Emperor Francis, or František I, from whom the town got its name, gave permission to found Františkovy Lázně in 1793 with the intent of seeing it become a flourishing spa settlement. Jan Kuchař, the town’s current mayor, told Czech Radio about how Františkovy Lázně was built:

“The town was basically artificially created in an empty meadow. The architects of the 18th and 19th centuries had mostly been to foreign cities, like Rome or Vienna for instance, so they incorporated different trends from abroad into their work. And the town owes its uniform planning to one of the main builders, Gustav Wiedermann, who was also the mayor.

"He built the most essential buildings, such as the Casino, Hotel Imperial, and the Emperor’s Spa, among others. Wiedermann’s son succeeded him as mayor and continued the work begun by his father. They built the town as if it were a model, with each street leading to a park. We are probably the only spa town – or maybe town in general – where each street in the city centre begins and ends with a park.”

As Mr. Kuchař points out, Františkovy Lázně does not suffer from a shortage of greenery. The town centre is enveloped by meticulously landscaped parks which are dotted with hot springs. The springs were used by residents of nearby Cheb since at least the 15th century, and the mineral water emanating from them was, by 1700, reportedly the bestselling mineral water in the Holy Roman Empire. It is interesting to wander the parks’ neat paths and try to find all the twentysomething hot springs, which are usually housed in richly decorated historicist-style structures. Especially noteworthy is the Glauber IV hot spring, which holds the record for having the saltiest mineral water in the world. Trying it is a one-of-a-kind experience, to say the least, but beware that it is advised to consult with a physician before drinking large doses of mineral water.

A couple of hundred metres from the hall which houses the Glauber IV, besides the historical Casino building, stands a small but famous statue. The statue is nicknamed Francis and depicts a naked young boy sitting on an egg and holding a carp. Superstition holds that any woman who touches the statue will become pregnant within a year. If that does not work, then would-be mothers can try undergoing a spa treatment aimed at boosting fertility. Jan Kuchař says that local spas can treat a wide array of ailments.

“There are about 23 hot springs in Františkovy Lázně, and each one can be used for treating a different malady. We have a long tradition of alleviating gynaecological problems, specifically infertility. Besides that, we can treat heart disease, we have so-called heart paths, which started to be used for exercise a century ago.

"Our mud baths are also very beneficial for arthritis and other joint problems. And, importantly, a stay in Františkovy Lázně is great for the psyche. Because from any street you can get to a park in which you can sit down under a tree and read a book. In today’s busy times, that is better than any medicine from the pharmacy."

Part of the reason why Františkovy Lázně was able to grow from a one-street village to one of the top spa towns in Europe, attracting visitors such as Sigmund Freud, Johan Wolfang Goethe, Antonín Dvořák, and many others, is that it has always been on the cutting edge of balneological methods. The world owes the invention of mud or, more accurately, peat bathing to Bernhard Adler, a local doctor. 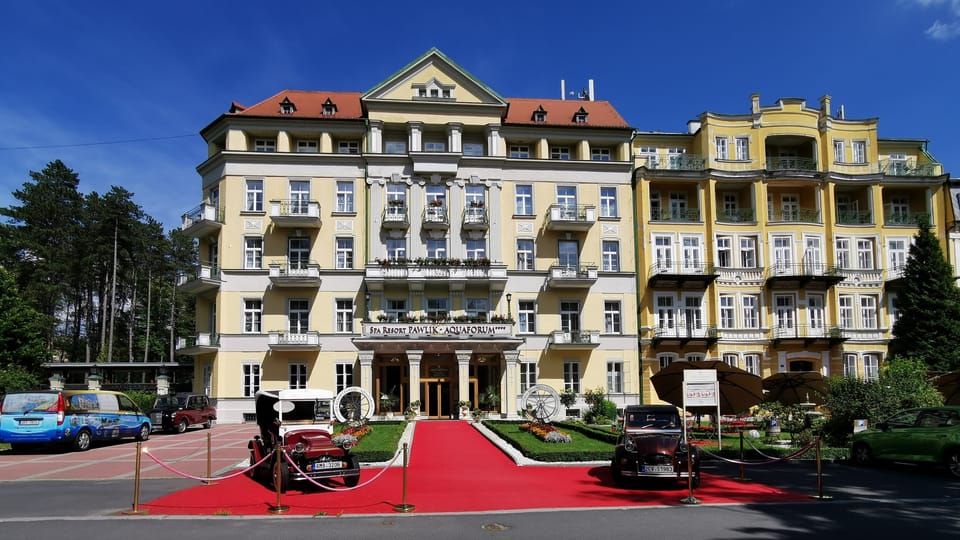 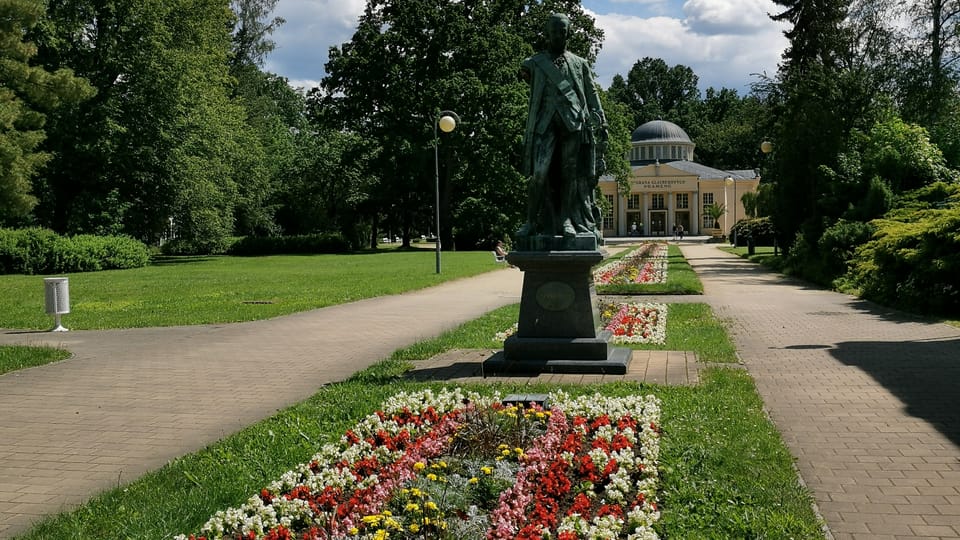 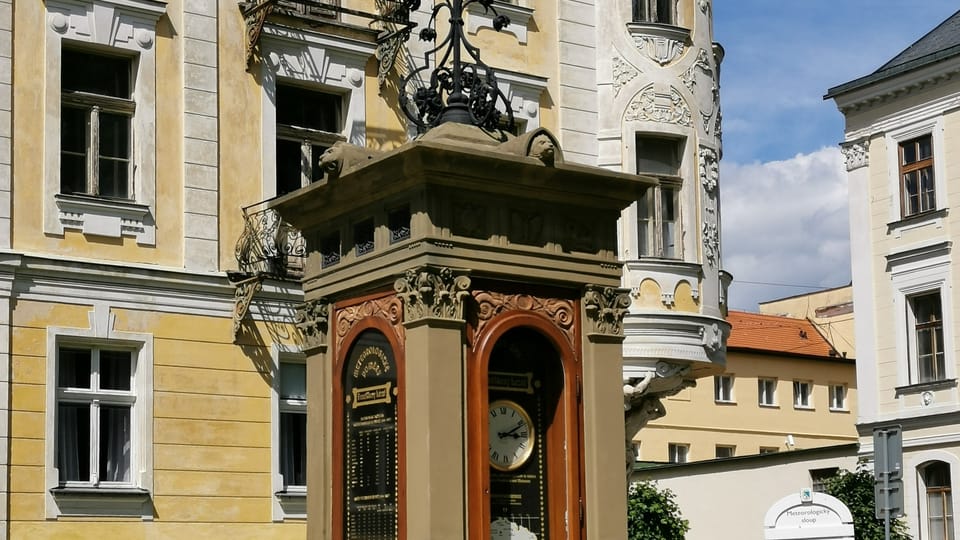 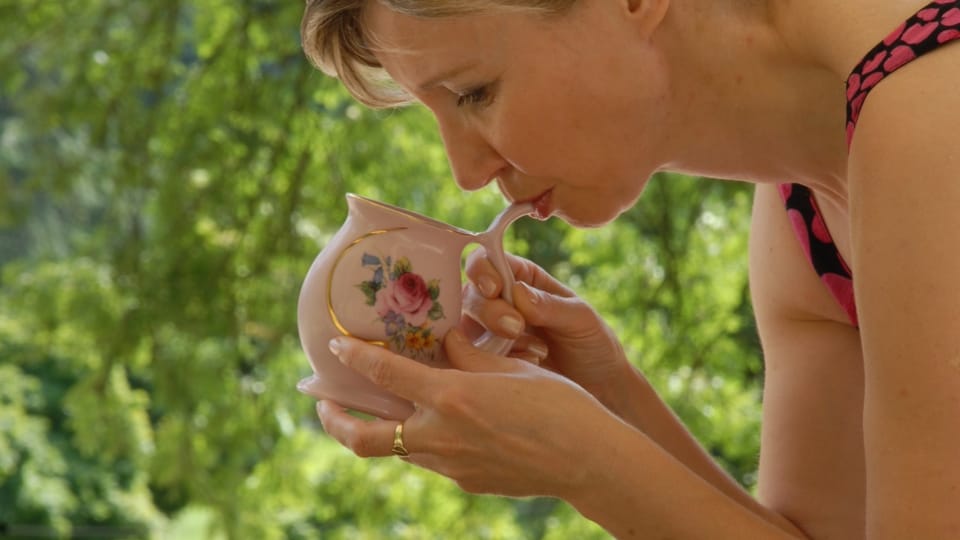 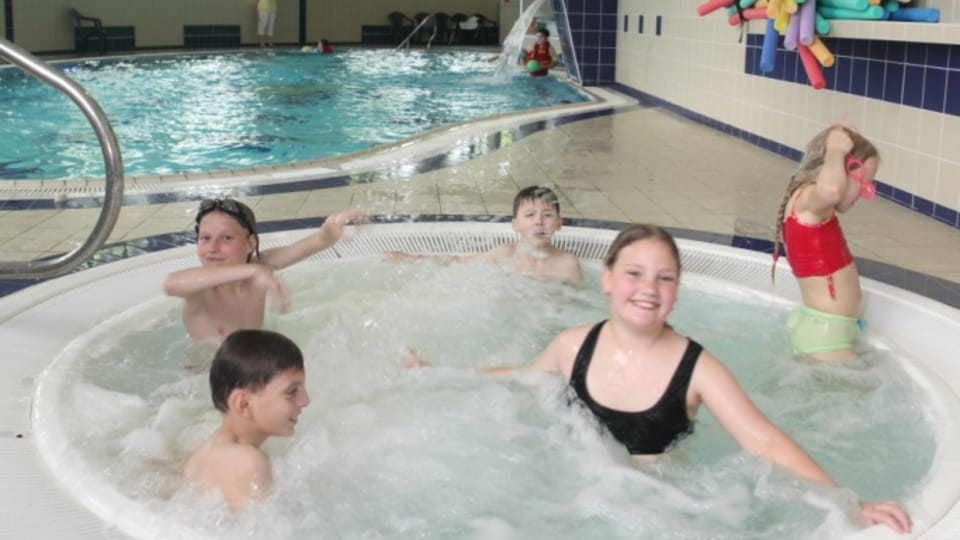 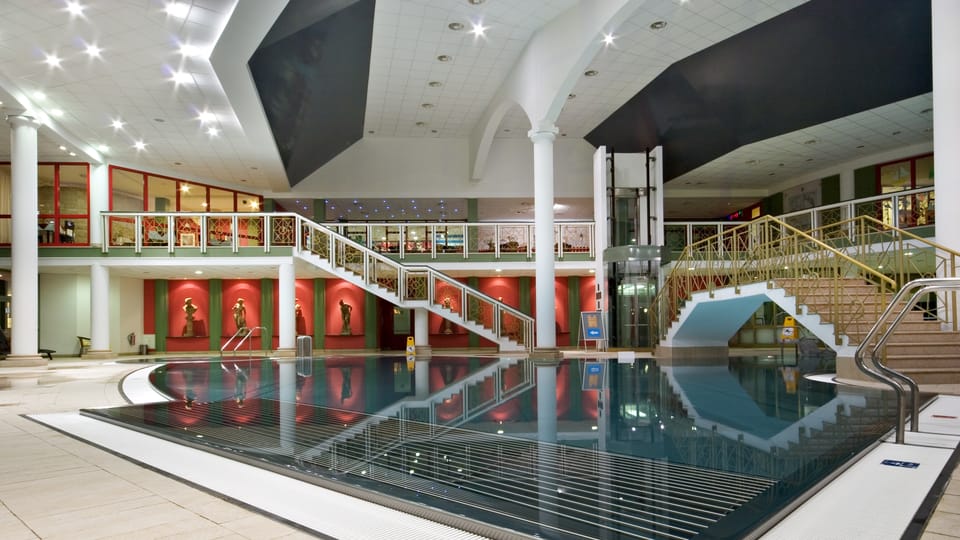 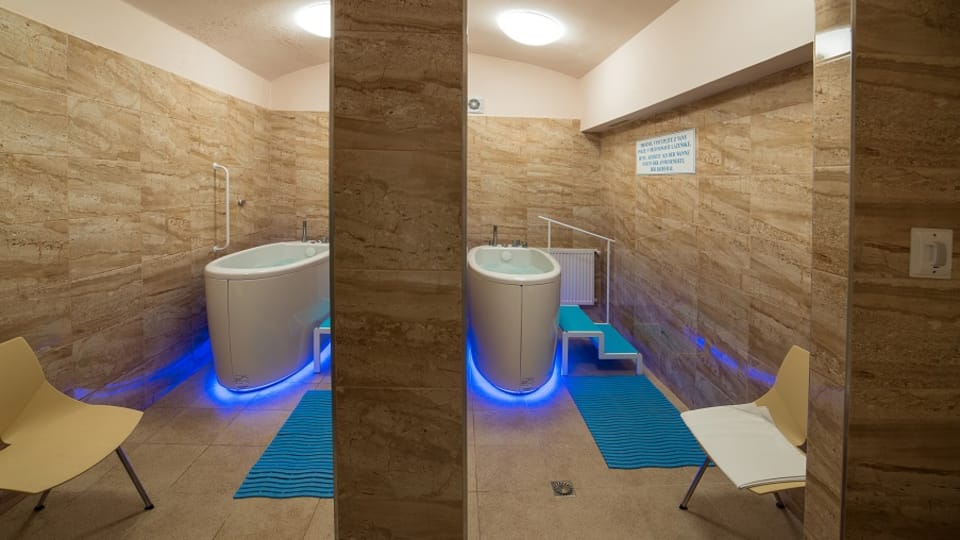 Adler got the idea to use peat from nearby bogs mixed with mineral water in spa treatments, and his method then spread to Marianské Lázně, Karlovy Vary, and the rest of the world. Today, a dedicated narrow-gauge railroad is used to transport peat from close-by bogs to the spas of Františkovy Lázně. Romana Omáčková, a balneo technician at the historical Emperor’s Spa, told Czech Radio more about peat balneology.

“We offer peat wraps and peat baths. For the peat wraps we use locally-sourced peat, which is very thermally conductive. In other words, it quickly transports heat — in this case, from the warm mud bath to a cold body. When we submerge ourselves into the bath, our body gradually becomes warmer, and the bath has positive effects on skeletal as well as smooth musculature, so we can use it to rid ourselves of stomach cramps and gynaecological issues.”

But the invention of peat baths was not the only innovation that Františkovy Lázně brought to the spa industry. Because local spas are known for healing gynaecological problems, the town has historically been regarded as a spa town for women. In the 19th century, it was one of the first spa towns which women could visit without the company of their husbands. Perhaps that is why the Czech writer Božena Němcová, after whom the local theatre is now named, came to Františkovy Lázně.

As we have heard, balneology is the pride and raison d'être of Františkovy Lázně. Although it is rumoured that Beethoven grew bored during his stay, there are plenty of things to do in and around the spa town.

Visitors interested in regional history can tour the Františkovy Lázně Municipal Museum, which chronicles events in the town from the time local hot springs were first discovered up to the 20th century. The Museum also manages the Seeberg Castle 5 km west of town. The Castle is a worthwhile landmark in and of itself and houses an exhibition showcasing the region’s medieval history.

Unlike Karlovy Vary, Františkovy Lázně is almost completely flat, which makes it an ideal location for hiking and bicycling on the numerous paths that lead through local parks and forests. The town can also boast exquisite natural surroundings. Especially worth visiting is the Soos nature reserve, located about 6 kilometres to the northeast.

Soos Nature Reserve – a journey into the Quaternary

The reserve is a large peat bog that was once a salt-water lake and is unique for the mofettas, or so-called “mud volcanoes” that have formed there. Its nickname, “the Czech Yellowstone”, is perhaps a bit exaggerated, but a hike through the one-of-a-kind landscape is certainly worth it.

Another nature reserve, this one located directly in Františkovy Lázně, is the Amerika Forest Park. It contains a pond that serves as a nesting area for several different types of water birds, and visitors can rent boats or go swimming here as well.

A couple of kilometres south of the Park stands an unassuming hill named Komorní hůrka. It is actually an inactive volcano — the youngest in the Czech Republic. A memorial plaque on the rocky hilltop commemorates Johan Wolfgang Goethe’s part in exploring the area in the 19th century.

In short, Františkovy Lázně is a serene spa town, quieter than its two larger cousins of Karlovy Vary and Mariánské Lázně. Its lowkey character lends the town an authentic 19th-century feel that the bigger Karlovy Vary does not have. Unlike Karlovy Vary, which is largely oriented at Russian tourists, Františkovy Lázně is mostly popular with often retirement-age Germans. And, since all the historical towns and natural wonders of Western Bohemia are within driving distance, Františkovy Lázně can serve as a perfect springboard for exploring the whole region once you are done recharging at the town’s top-notch spas.