Central Europe abounded in thriving Jewish communities for many centuries. They were frequently a target of official discrimination and had to try very hard to carve out their place in societies that were often hostile to their culture and religion. But there are many examples of peaceful coexistence of the Jewish diaspora in the predominantly Catholic Czechia. One of them can be found in the heart of the Highlands region.

Třebíč, photo: Vít Pohanka
Třebíč is a small town some 140 kilometers (or 90 miles) south-east of Prague. “The Jewish Quarter and nearby St. Procopius Basilica bear witness to the coexistence of and interchange of values between two different cultures, Jewish and Christian, over many centuries”, states UNESCO as one of the official reasons for including Třebíč on its World Heritage List. The other being that the Jewish Quarter bears outstanding testimony to various aspects of the life of this community. Dáša Juráňová who works at the local information center gives tours in English:

“The population of the Jewish Quarter peaked in 17th and 18th centuries. What was then a de facto ghetto was inhabited by some 1,300 to 1,600 people. There were two synagogues and it was considered a good place to settle for the Jewish people. The Jihlava river made a sort of natural border on one side, rocky outcrops on two others. But on the remaining side, the Jewish Quarter merged naturally with the rest of the town.”

Word about the peaceful and relatively tolerant welcome the town of Třebíč gave to the Jewish community must have spread far and wide. It drew newcomers not only from cities like Brno, the regional center of Moravia in the eastern part of Czechia, or Vienna, the capital of the Austro-Hungarian Empire. There were also newcomers from places much farther away:

“People came from Poland and even Ukraine and other places in Eastern Europe. Many people would share a single house, it was a bit crowded. The whole area was a kind of self-sustaining village, there were craftsmen’s workshops, kosher butchers, etc. The law that made Jewish people stay in such ghettos was officially abolished in the 1850s. Many of the well-to-do inhabitants moved out afterward. Yet, the Jewish Quarter remained a very lively place.“ 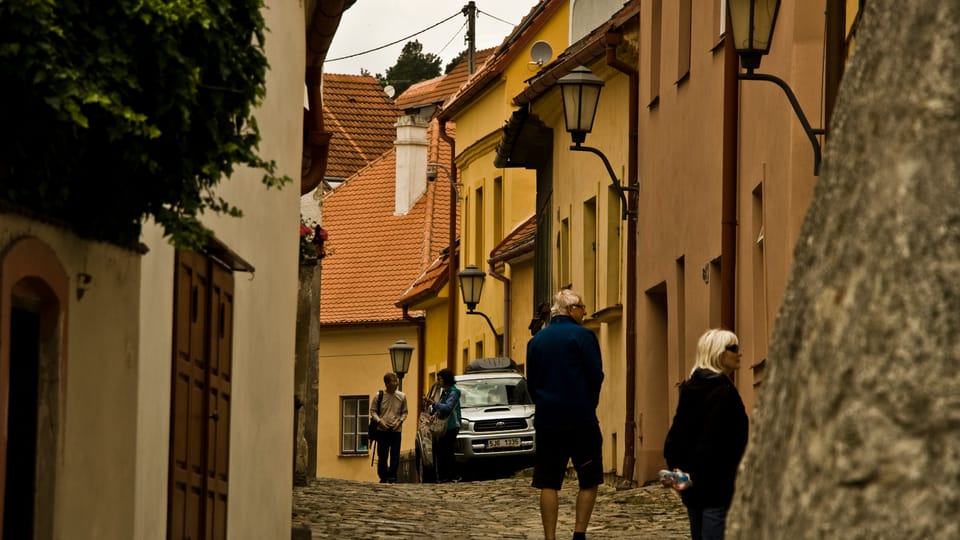 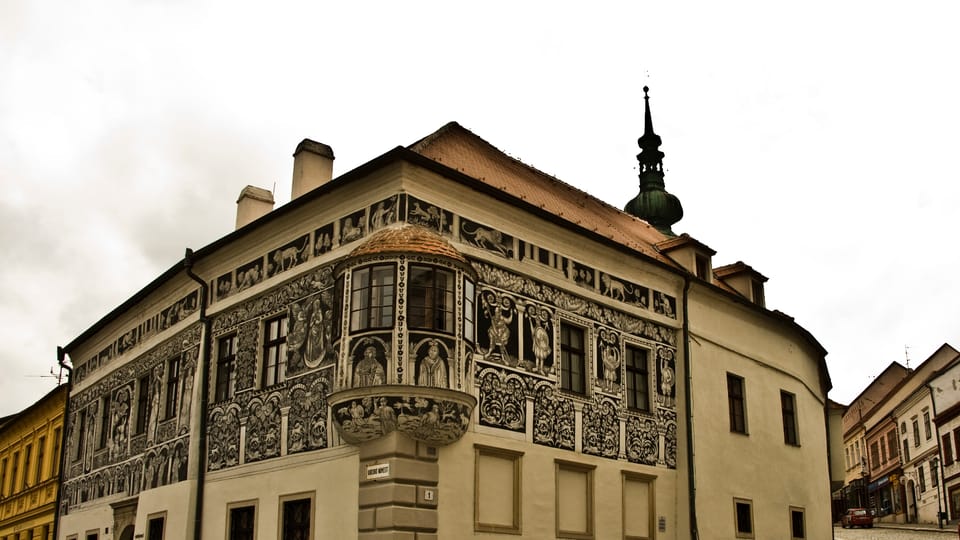 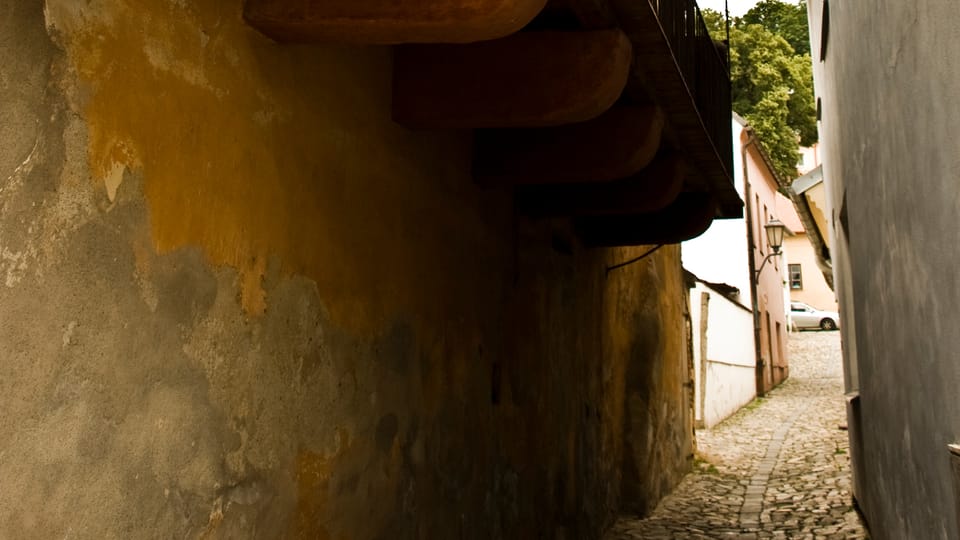 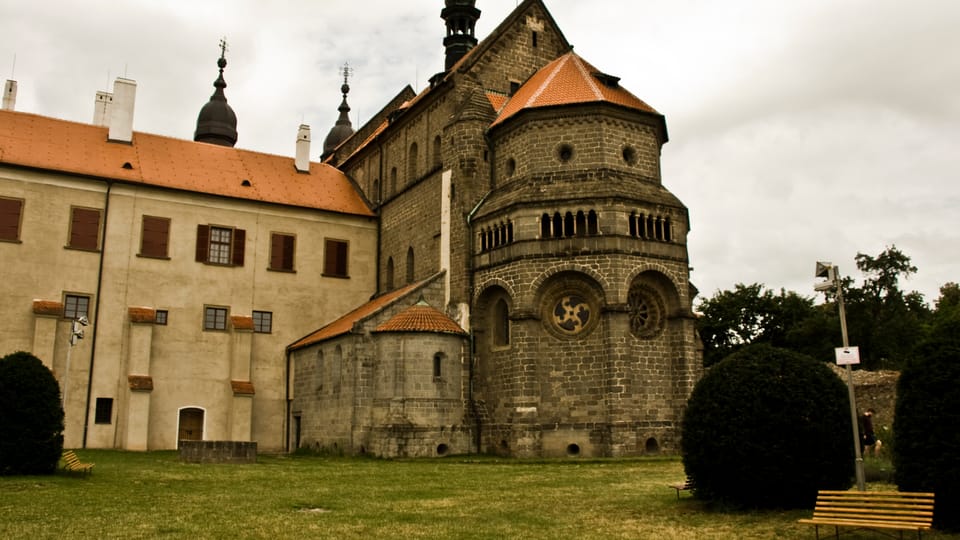 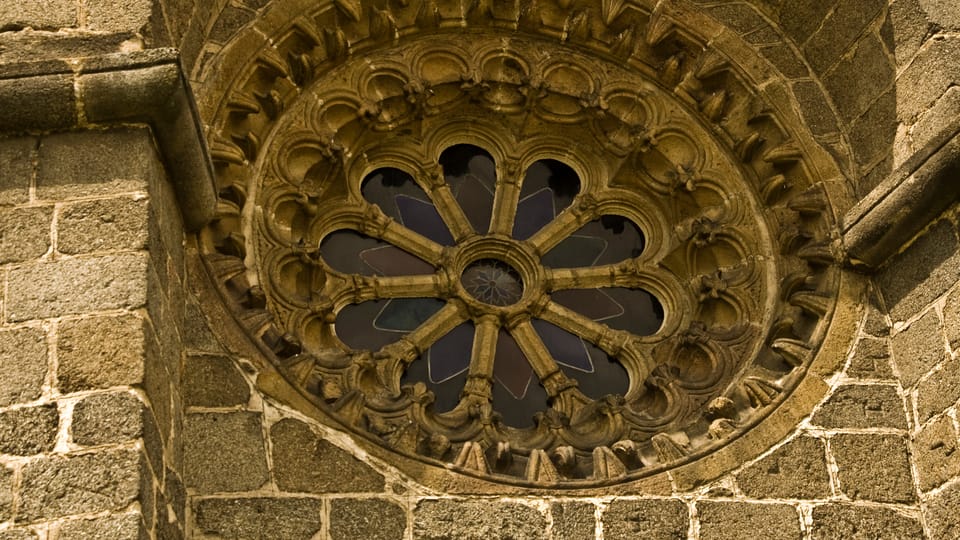 We are joined by Denisa Hájková who works for the town hall. She spent many years in the United States and often has friends as visitors. So, she knows what to recommend to outsiders who want to see Třebíč:

“You must walk around the Jewish Quarter yourself, down and up the narrow, cobbled lanes. You must get the feel of the place, see how the houses were built, imagine what it was like to live in them. That is the only way to really experience this place.”

Charming as a walk around the Jewish Quarter of Třebíč is, it would not do justice to the town to stay only there. For kind of juxtaposed to its crooked cobbled streets is an imposing edifice of the Basilica of Saint Procopius. Here you get a completely different perspective of the rich history of this town – the Christian side of it:

Jewish quarter, photo: Vít Pohanka
“It was built in the Romanesque-Gothic style. You can walk past and appreciate a magnificent semicircular portal and nave. Once inside, you can find ancient Gothic paintings in the Abbot’s Chapel. But the best-preserved part of the basilica is actually the crypt – the place where monks and the founders of the monastery were buried.”

But do not get the wrong idea, this town is not only about its own past adds Denisa:

“Třebíč is also a center of contemporary cultural, social and economic life of this part of the Highlands region. There quite a few schools so you can see a lot of young people around the town and they make it lively. If you check out the tourist information website you should be able to find both inspiration for a visit and practical information.”

So, there is plenty to do and see in the charming town of Třebíč. Whether you are interested in the history of this part of Europe, local arts or cuisine, it has a lot to offer and is an ideal tip for a day trip from Brno, Prague or Vienna.