“There are brave people among us”: Mural commemorates Heydrich assassination

“There are brave people among us”: Mural commemorates Heydrich assassination

A daring plan to kill Nazi governor of Bohemia and Moravia Reinhard Heydrich was realised 79 years ago on Thursday. Just ahead of the anniversary, a new 200-metre mural depicting Operation Anthropoid was unveiled in Prague’s Libeň at the very spot where parachutists Jozef Gabčík and Jan Kubiš opened fire on Heydrich’s car. The artwork was created by architecture student Jakub Marek.

“It came out of an open competition from the organisation Umění pro město [Art for the City, part of the Prague City Gallery].

“They gave us four locations that we could work on and I chose this one, because I thought that the historical context was nice and it should somehow be represented there.”

The mural contains various elements connected with the story of Operation Anthropoid, including Heydrich’s car and other things. Did you have to do much research? Or were you already very familiar with the subject?

“I was familiar with the story, but of course I had to find out some information about this topic.

“But there is so much that I represented there just some parts of the story, because the wall isn’t endless.

“You could always go into more detail, but this is how I did it.”

In general what was the attraction of the subject?

“I think that the most interesting thing is the whole act, that it happened, that it succeeded.

“So for me it’s important to commemorate or to get to know a part of history and to learn from it, somehow.

“That’s why I chose the topic.” 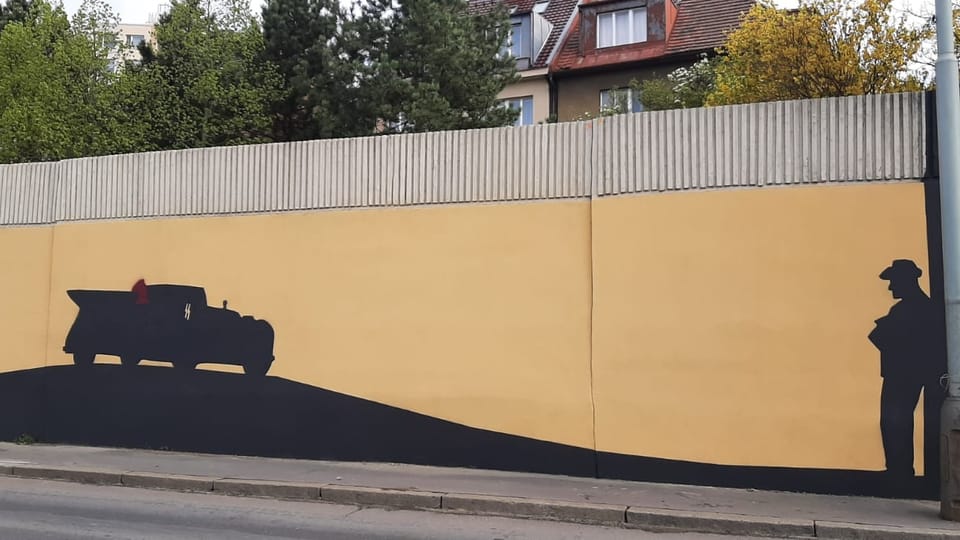 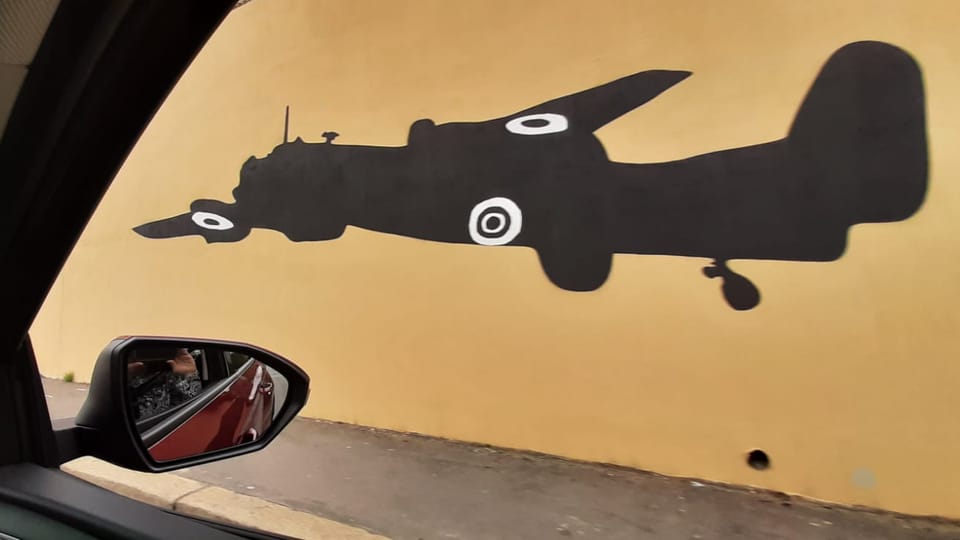 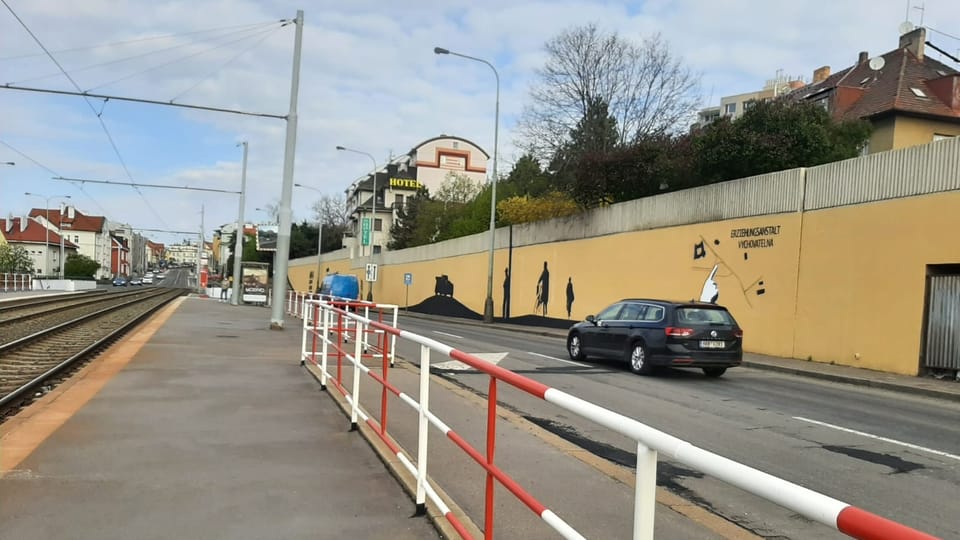 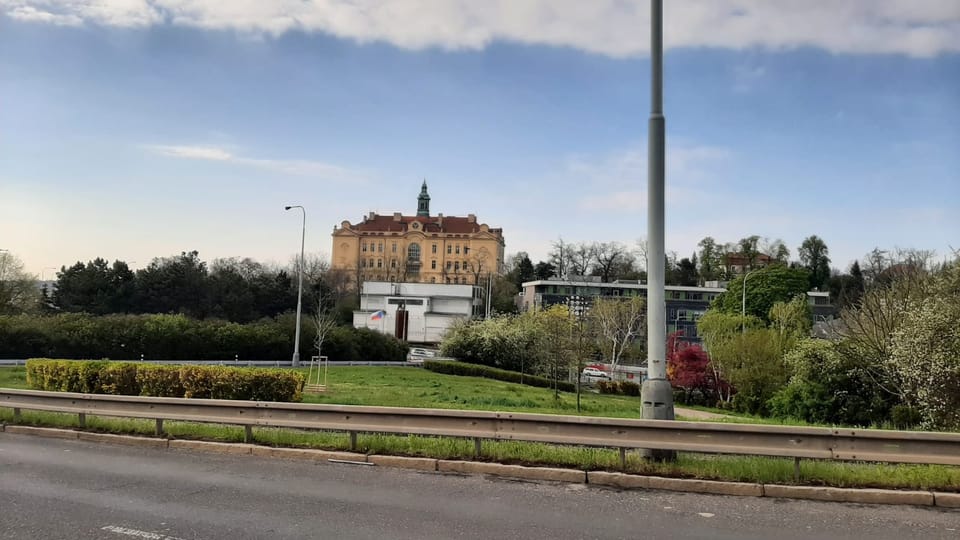 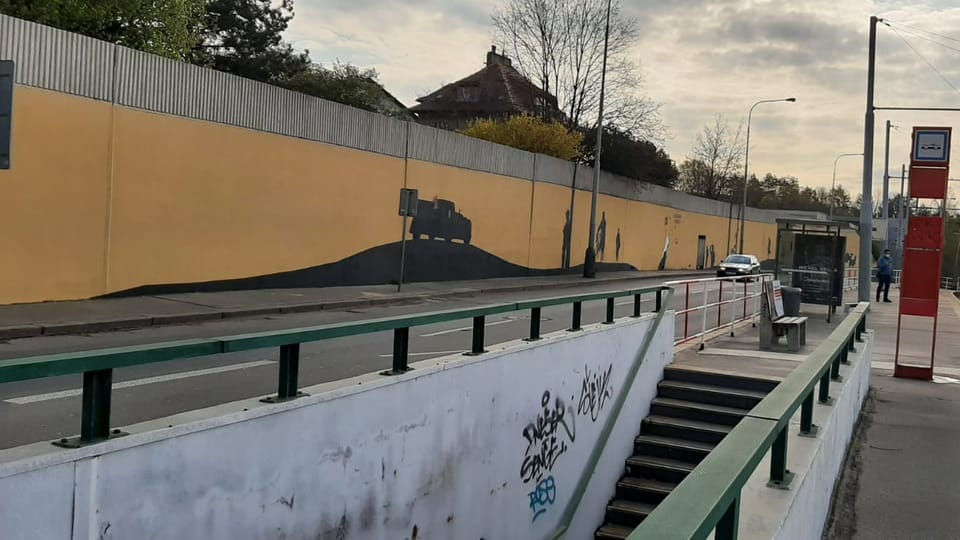 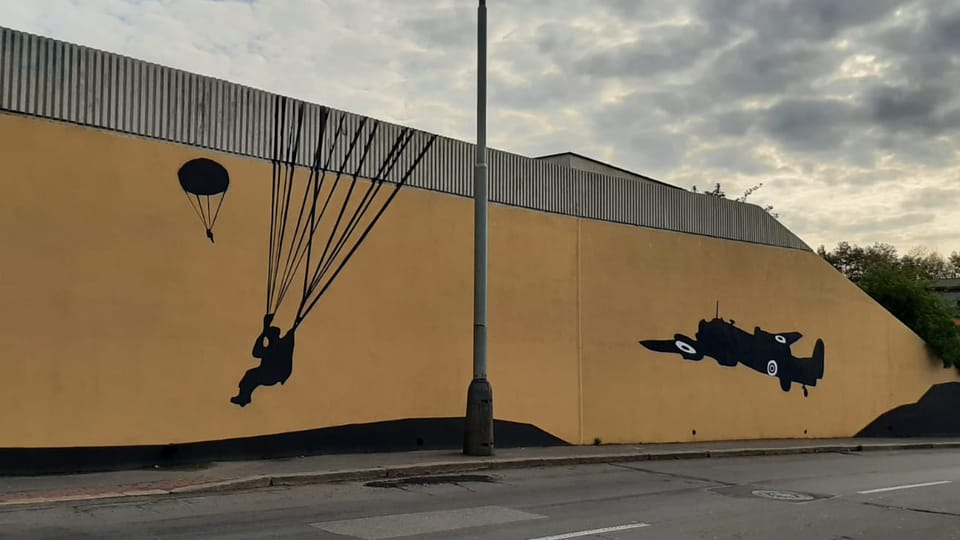 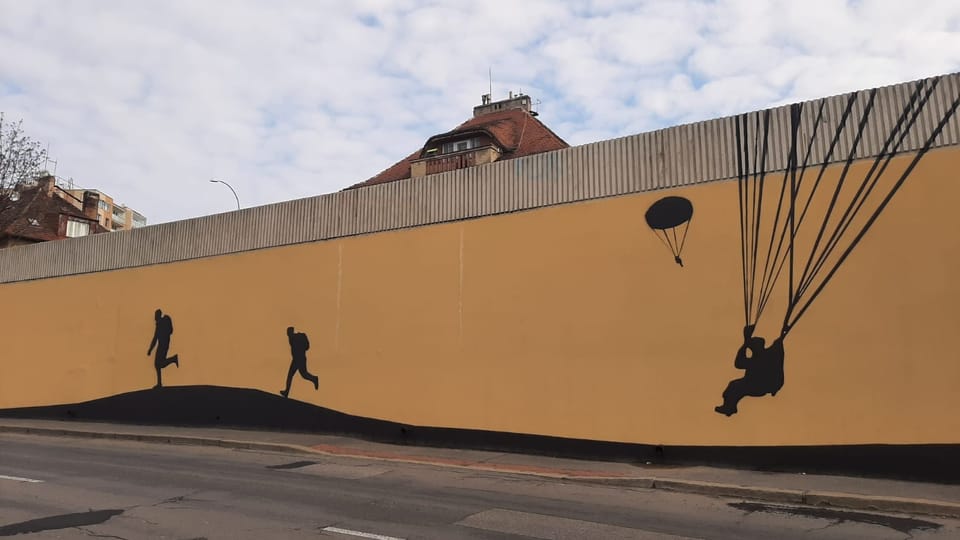 What do you think the message of Anthropoid is?

“I think that it can tell us that there are brave people among us and that we should sometimes stand up do something.

“It’s not always easy but it has, it had, a huge impact for us.”

The mural is nearly 200 metres long. How did you actually do it? What was your method in creating it?

“First of all, I had many, many friends that were working on it with me.

“Because the cleaning of the wall and the preparing of the surface was quite difficult.

“Then we chose the method of spraying the paint through templates.

“By this method we were, for example, using a bit less paint and not using the conventional sprays, so that was even more ecological, I think.

“It went quite quickly.”

I was reading that before you began you had to remove graffiti from the wall and I’m curious if you’re worried about that in future somebody could spray there again, over your work?

“I’m not worried so much.

“I think it will happen and it’s probably normal, but we will see how quickly.

“With the organisation Umění pro město we will try to take care of the work for one year.

“And then we will see how it goes.”