TESLA: From iconic radios to the Tamara radar

TESLA: From iconic radios to the Tamara radar

Say “Tesla” and most people think of electric cars. But here in Czechia people associate the brand name with a wide variety of electronic products they grew up with. During the communist era Czech households relied on Tesla radios, Tesla TV sets, Tesla gramophones, cassette recorders, CD players and a great deal else.

The Tesla brand and logo was a familiar sight not only to millions of Czechs and Slovaks but to people in the communist bloc countries where Tesla’s products were exported. This is how Czechs in the street responded to the brand name.

“The brand reminds me of my young days, because Tesla was the first radio we had.”

“Tesla made TV sets and radios.”

“They made electronics in Hradec Kralove, but they also had plants in Lanškroun and Vrchlabí.”

Tesla: From iconic radios to the Tamara radar | Say “Tesla” and most people think of electric cars. But here in Czechia people associate the brand name with a wide variety of electronic products they... | By Radio Prague | Facebook

“They made household electronics.”

“Tesla made gramophones. And it’s an old brand – about a century old for sure.”

The history of the TESLA brand dates back to 1946. The company’s name was a tribute to the world-famous electrical engineer Nikola Tesla, a genius who authored dozens of groundbreaking inventions that contributed to the development of technologies that are now a part of our daily lives – wireless transmitters, remote control, neon lights, computers, smartphones, laser beams, x-rays, robotics and, of course, the alternating current, the basis of our present-day electrical system.

Given its line of products the Tesla company could not have been better named, but the communist regime, which took power in Czechoslovakia in 1948, and which presented the brand as a shop-window of socialist technology and progress did not like the connection to the Serb-American inventor. 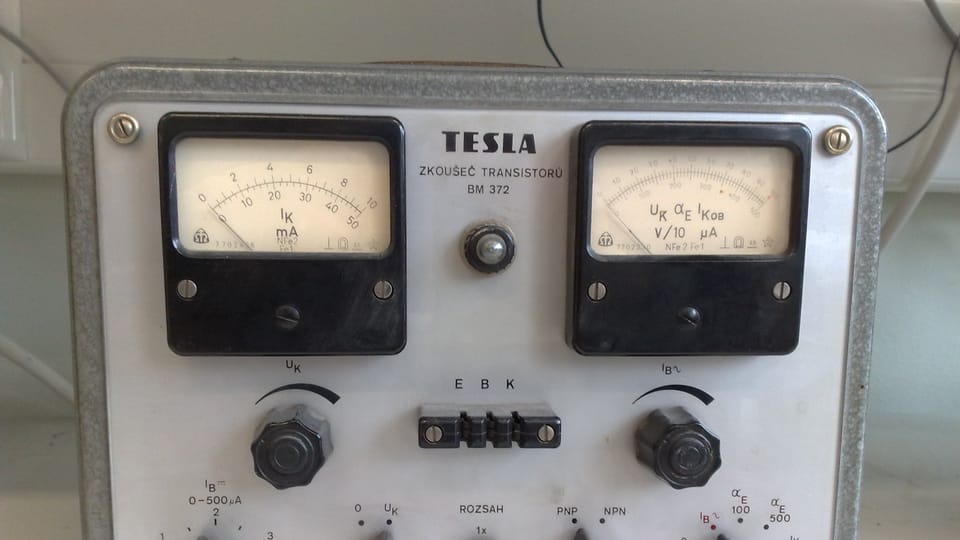 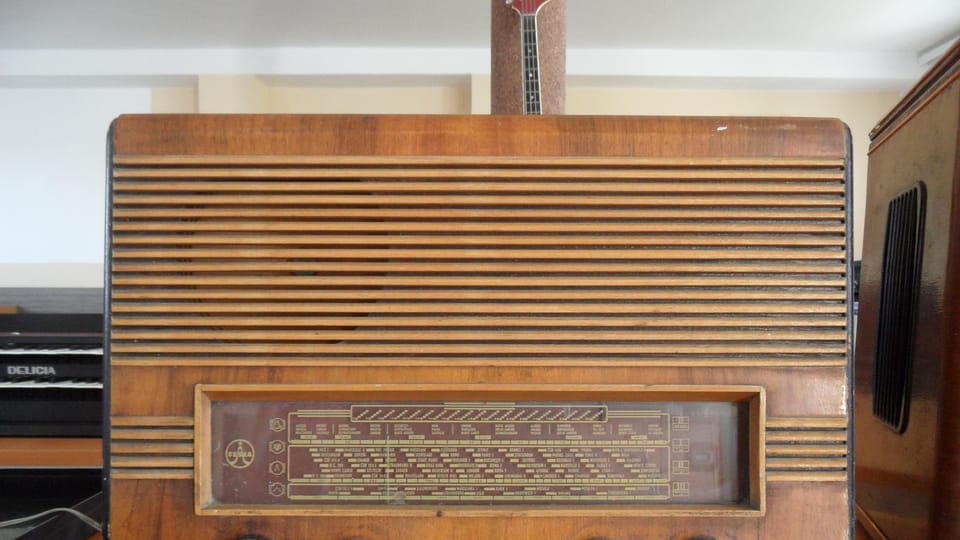 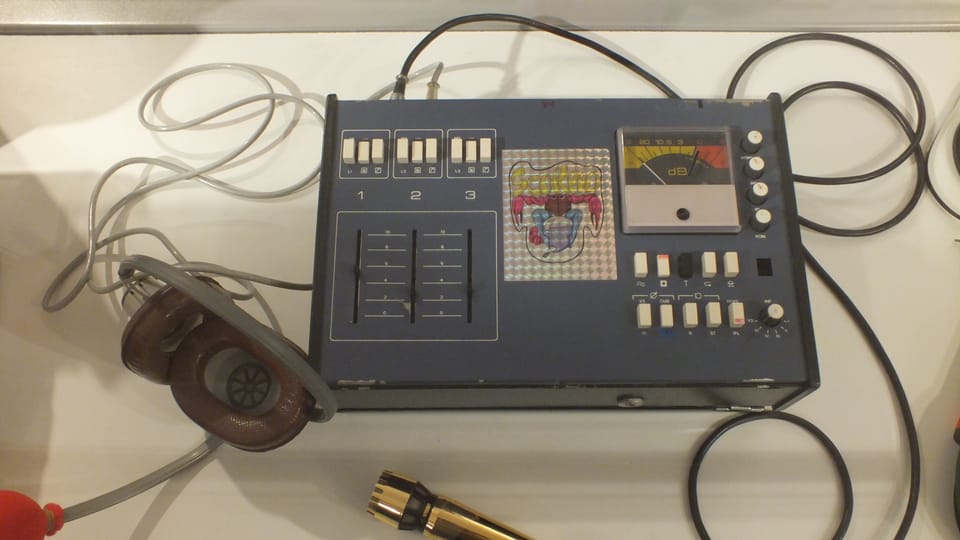 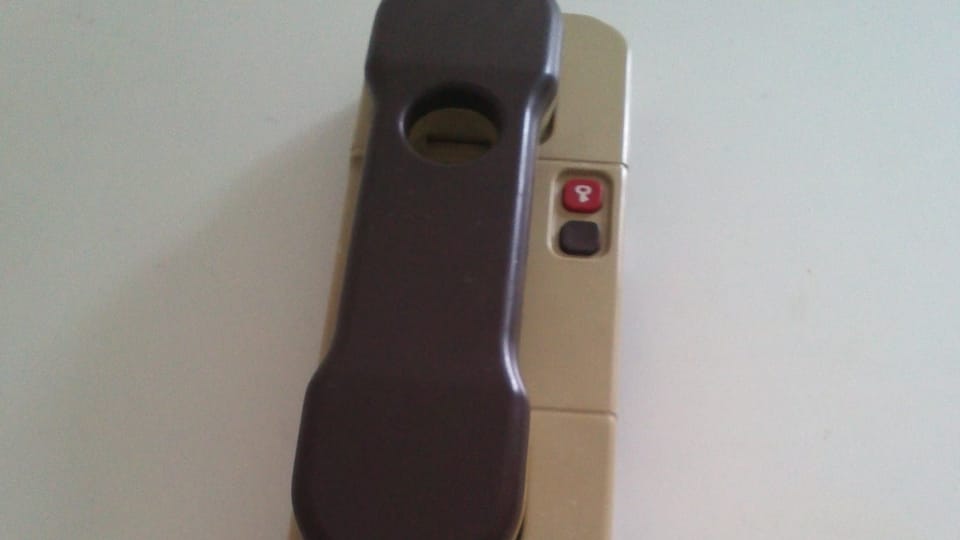 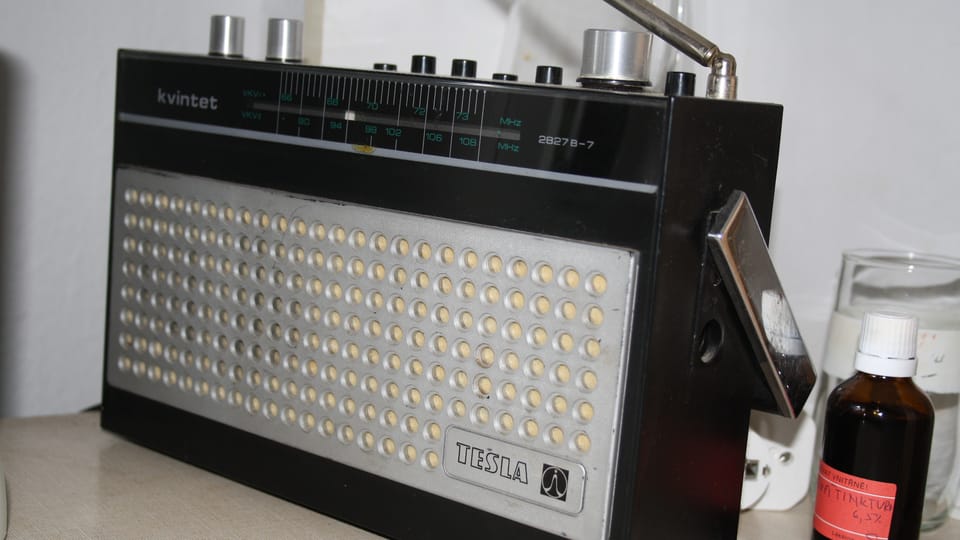 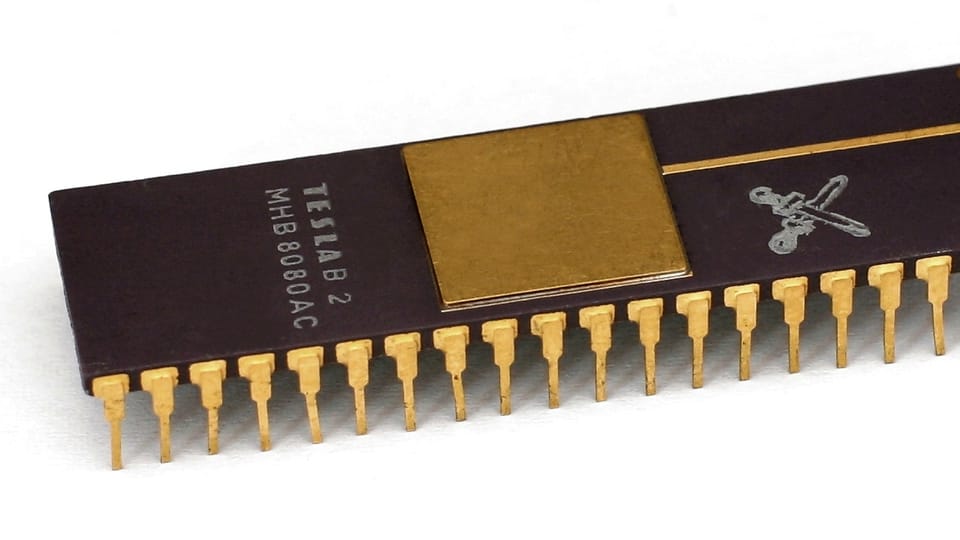 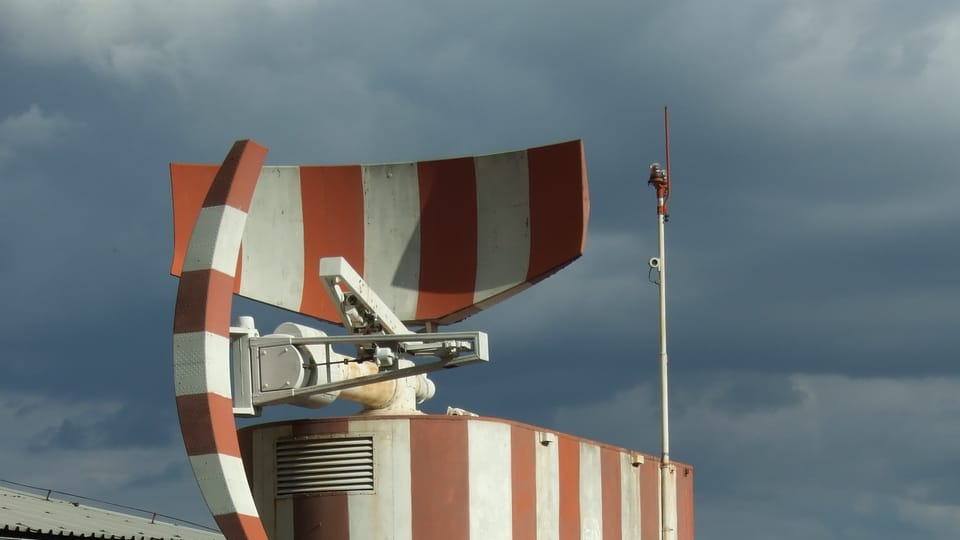 The name was eventually allowed to pass after somebody produced a satisfactory explanation for it -  TESLA was presented as an abbreviation of TEchnika SLAboproudá, meaning "low-current technology" in Czech.

For over four decades, TESLA enjoyed a state-sponsored monopoly on electronics in Czechoslovakia, and produced nearly all electronic products in the country until 1989.

The production range included television sets, radio receivers, transistors, integrated circuits, speakers, gramophones, cassette recorders, CD players, videocassette recorders and many other products. However, its monopoly standing and lack of competition did not promote quality and many products were never upgraded. For instance, one particular type of diode was manufactured for over 30 years without any modifications.

Despite this TESLA developed rapidly in the area of radio and television broadcasting and was the main supplier for the countries of the communist bloc.

In 1953, Tesla produced the first Czechoslovak-made television set in its factory in Strašnice and broadcasting was launched on a Tesla-made transmitter.

František Hála, head of the company board who worked for Tesla since 1965 recalls how it all started.

“We were given the task to develop a television transmitter which we did and in 1953 the broadcasting was successfully launched from a transmitter we installed in Petrin. This started a golden era for Tesla when we produced TV and radio transmitters and TV sets and radios both for Czechoslovakia and for export. And we established close cooperation with the army which has always relied on Tesla for its communication technology.”

The first black and white TV set made in Czechoslovakia was considered a luxury product and only the communist elite could afford it. It was the same with the first Tesla colour TV which appeared on the market in 1974.

TV camera from 1953 and a TV signal transmitter from Měšťanská Beseda to Petřín|Photo: Jan Langer, ČT24

Among the most successful Tesla products was the Tesla 308 Talisman radio receiver with an Art Deco Bakelite cabinet and a reel-to-reel tape recorder named Sonet duo produced between 1959 and 1965. Over a million of the Tesla radios sold at home and abroad. Tesla also made headlines with its military passive radar KRTP-86 Tamara, which was able to detect US Stealth bombers.

František Hála says that at the height of its success Tesla was a huge conglomerate:

“In 1953 the communist government ordered that any workshop, company or factory that produced any kind of electrical products must bear the name Tesla. And in order to distinguish them the name of the town or district where they were located was added to the name Tesla. So you had, Tesla Karlin, Tesla Bratislava, Tesla Brno, Tesla Orava and so on. If I remember correctly there were 58 Tesla enterprises in all, employing over 30,000 people, so that explains why you had Tesla electronics in every Czech household.”

During 40 years of communist rule, Tesla reigned on the electronics market unrivalled and people queued up for hours to buy its products. After the fall of the communist regime in 1989 the company  faced intense competition, which resulted in a dramatic downsizing and privatization of the majority of its stores and production facilities.

The state-owned conglomerate which brought together dozens of smaller companies throughout Czechoslovakia, producing everything from light bulbs and small electrical appliances for households to large electronics for professional and military use, survived until 1990. Then it gradually fell apart. Some of the companies were privatized, while others were forced out of the market.

“After 1989 the Tesla companies that produced small electrical appliances for households faced intense competition mainly from Asia. The majority of them were forced to close down and I think now there are about eight Tesla companies left which produce a line of highly specialized products.  The biggest change since 1989 is that we stopped making radio and TV transmitters entirely – production shifted to China. We were unable to compete, not in terms of quality, but in terms of price. So we shifted our attention mainly to radio-relay equipment and special commissions for the army.”

The direct successor of the Tesla conglomerate is a joint-stock company Tesla a.s. Prague-Hloubětín which now has the rights to the trademark. Company head Michal Nováček explains in what direction Tesla’s production has shifted.

“We have developed highly sensitive technology for detecting the presence of radon, which is a problem in this country for geological reasons. We think health issues are important and have put a lot of effort into this field. We now supply households, companies and institutions with high-grade technology for detecting radon, but also the State Institute of Health and various laboratories. Similarly, we have developed technology for noise pollution and air pollution, which plagues some parts of the country and impact people’s health. And, generally, we have shifted our offer from just products to services. We create tailor-made solutions for clients with respect to their specific needs and install the Tesla products that will serve them best.”

Although you would be hard put to find a Tesla made radio or television set in people’s homes today, Czech Radio has an impressive collection of vintage Tesla made radios that look very good indeed. And if you go online you will still be able to find Tesla household appliances such as refrigerators, laundry machines, dishwashers, ovens, vacuum cleaners and even monitors.