"Science in the Streets" - persuading young people to study science

"Science in the Streets" - persuading young people to study science

The streets and squares of Prague were turned into temporary laboratories and research centres this weekend for a project called "Science in the Streets." Organised for the second year running by the Czech scientific body Ceska Hlava, or Czech Brain, it's an attempt to attract more young people to scientific careers.

A miniature rocket shoots 150 metres into the clear blue sky over a square in the centre of Prague on Friday, as a crowd of people - mostly young boys - look on in amazement. A few minutes later the boys were launching their own rockets - actually water bottles filled with compressed air. In charge of Ground Control at the square was Michel Hallet, from the Euro Space Centre in Belgium. He explained to me what "Science in the Streets" was all about.

And it wasn't just rockets. At various locations in Prague there was the chance to gaze at the sun through a solar telescope, create your own earthquake with a special simulator, and even watch robots playing golf.

It's fun - with a serious message. The problem is that fewer and fewer of those boys - and girls - playing at NASA rocket scientists are choosing careers in science, part of a decline that is being noticed not just here in the Czech Republic but throughout Europe. The aim of Science in the Streets is to win them back.

Vladimir Ivanov is an award-winning student who's devoted the last four years of his life researching ways of destroying a particularly toxic chemical. A 19-year-old with Russian and Romanian parents, he says he's worried about the lack of interest in science.

"Unfortunately from my experience I can't say that too many people are interested in this, and I think this is a very big problem in contemporary Europe. Too many people are living in relative luxury, so they're not thinking about doing something special. They don't have very big ambitions. It's a paradox that even though the United States gives a lot of money to education and science, very many scientists come from countries like Russia or China, where the government gives to science a hundredth or a thousandth of the money that the United States gives for these purposes."

It's hard to measure scientifically the effect of a project such as Science in the Streets. But in today's world of multimedia entertainment and dazzling consumer technology, firing off rockets in the city centre is a good way of reminding people that someone has to study it to make it all work. 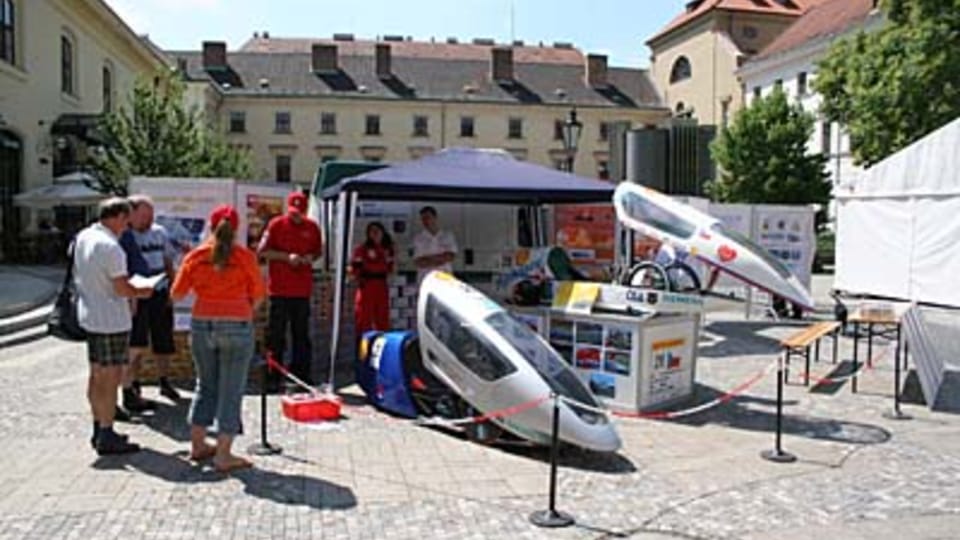