Ron Perlman: Cinema is a much bigger art-form than superhero movies represent

Ron Perlman: Cinema is a much bigger art-form than superhero movies represent

No fewer than 23,000 fans of sci-fi, fantasy and horror attended the first ever Prague Comic-Con at the weekend. And the biggest guest at the inaugural edition was Hollywood actor Ron Perlman, who has appeared in superhero movies such as Hellboy and Blade II, both of which were shot right here in Prague, a city he avowedly adores.

Ron Perlman, photo: ČTK/Michal Krumphanzl
However, the 69-year-old has also appeared in many other genres, from the historical whodunit The Name of the Rose to Police Academy: Mission to Moscow. Perlman has also starred in hit TV series, including Beauty and the Beast, where not for the first time he had to spend many hours getting made up every morning, and more recently the biker drama Sons of Anarchy. On top of that he has done lots of voice work in cartoons and video games.

Perlman is also very active on Twitter, regularly lambasting US President Donald Trump in the earthiest of language.

I sat down with the Hollywood star moments after he wowed a large crowd during a raucous Q&A at the Prague Comic-Con.

Hellboy came out in 2004. Since then superhero movies have really come to dominate the mainstream. What’s your response to that? There’s been a big debate about it recently.

“I have no problem with superhero movies or comic book movies.

“What I have a problem with is the fact that the studios have only the courage to make those and nothing else.

“That shouldn’t be the only thing on the menu.

“I have no problem with superhero movies or comic book movies. what I have a problem with is the fact that the studios have only the courage to make those and nothing else.”

“But cinema is a much bigger art-form than those movies represent.

“So I think people’s response to trying to belittle them is more of a response to the times that we’ve come to be living in, where people are taking less risks on things that are more subtle, more nuanced and more beautiful.”

You were saying during your talk in front of an audience earlier that you weren’t always a sci-fi fan growing up. Have you got into through the work, and how do you find events like this?

“I love events like this because I love people.

“I love getting a chance to see the look on people’s faces, because at the end of the day, all of us are doing this to elicit a response – hopefully a positive response.

“And when you come and see the looks on the faces of the fans, who’ve seen your work and have been positively affected, it’s very gratifying.

“It’s more gratifying when you get to do it in a city as beautiful as Prague. 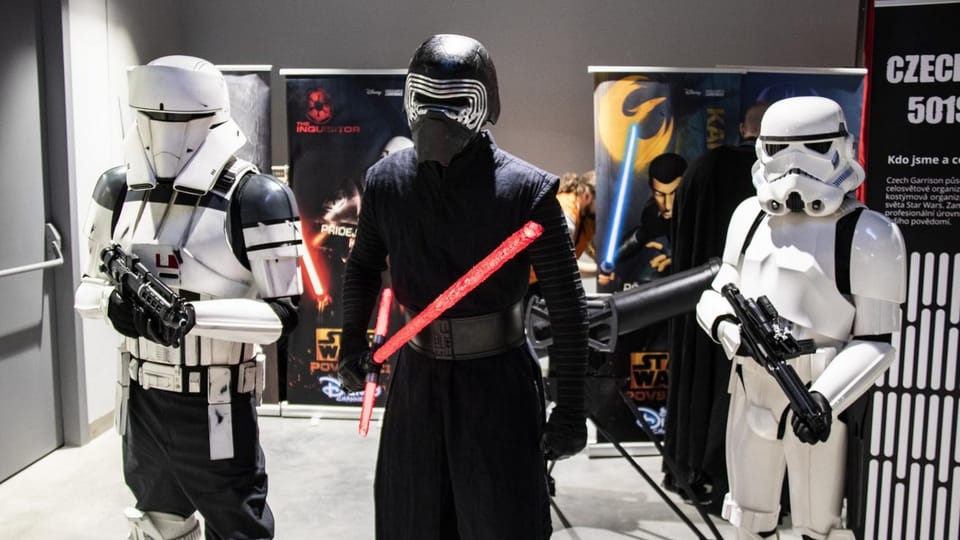 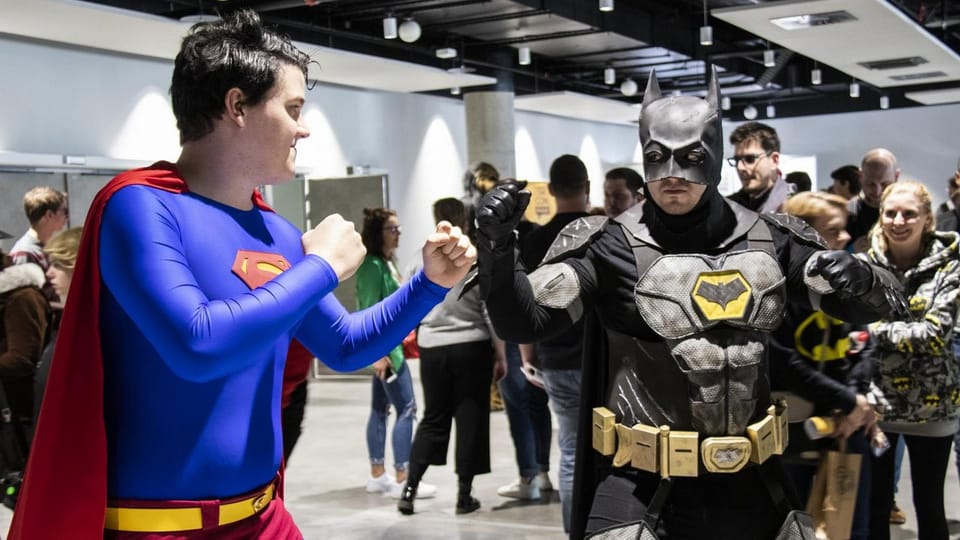 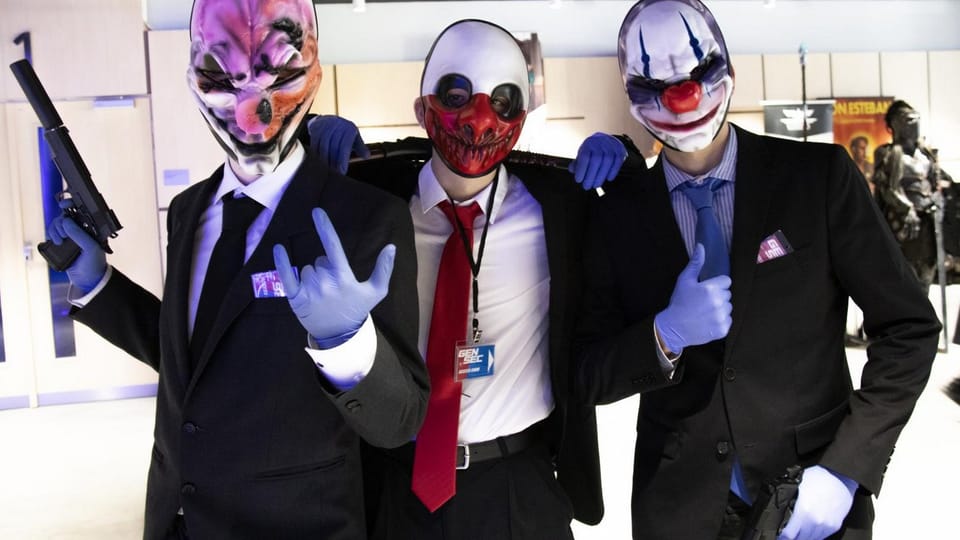 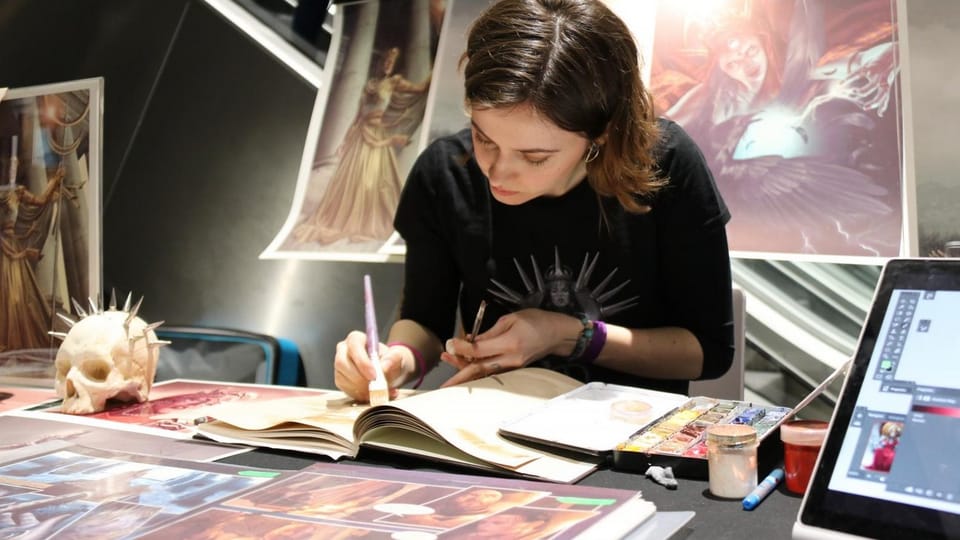 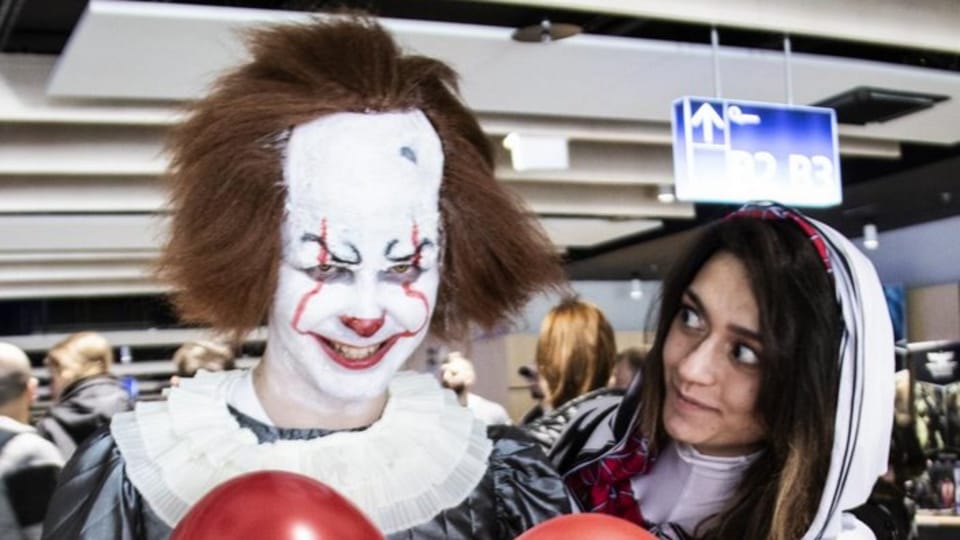 You made two movies here, Blade II and the first Hellboy. Tell us about some of your adventures in Prague in those days.

“I just love the city.

“I love the intimacy of it, I love the character of it.

“I love the architecture of it, the layout of it.

“I love the respect for culture – the opera, the ballet, the symphony.

“So it has everything. It has these one-thousand-, fifteen-hundred and two-thousand-year old buildings standing, which is something you never see in the United States.

Somebody was telling me that you were even considering buying property here?

“We all had this kind of visceral attraction to Prague, to the point where we started imagining ourselves spending good portions of our lives here.”

“Yes, we all had this kind of visceral attraction to Prague, to the point where we started imagining ourselves spending good portions of our lives here.

“At the end of the day you go home and you get back to your normal life and those things kind of dissipate, unfortunately.

“But yeah, I was that attracted to Prague.”

In several of your best-known roles you’re wearing very heavy prosthetic make-up. How does that change how you approach a role?

“It doesn’t change my approach at all. Acting is a very specific type of craft.

“A writer thinks of a character and puts them in a situation – your job is to make that character look like he exists in real time and find his reality, find his core and find out how he responds to stimuli that’s being thrown at him.

“So that’s true whether you have a lot of make-up on or no make-up at all.

“That’s your job, so it doesn’t change.”

Ron Perlman as Hellboy, photo: Columbia Pictures
On Twitter you take no prisoners. You say what you want about conservatives, Trump, the Koch brothers, whoever. Does that ever have any consequences in your regular life? For example, do you get abuse on the street, or even lose fans?

“I’m sure I’ve lost a great many fans because of my opinions on social media.

“I’ve lost a great many followers.

“I’ve gained a lot, too, so it’s a double-edged sword

“But, you know, I always wanted to think of myself as somebody who wasn’t afraid to take a position.

“This life is so short, and we’re here for such a brief time, and to play it safe and make sure that you don’t make any waves to me is a cowardly way to go through life.”

From today’s perspective, do you think the Democrats can prevent a second Trump presidency?

“I’m going to do everything in my power to help them in that endeavor, because a second Trump presidency is…

“The first one is a disaster – a second one would make the place that I’ve grown up in and lived for 70 years unrecognisable.”

“The first Trump presidency is a disaster – a second one would make the place that I’ve grown up in and lived for 70 years unrecognisable.”

Where do you think that impulse to vote for Trump has come from? He does obviously have an enormous constituency in your country.

“I don’t know. I can’t… begin to understand the mindset that thinks that that guy is somebody to look up to, somebody who has leadership abilities, somebody who’s sincere.

“I just can’t… He’s offensive to my sensibilities and to everything that I believe makes life beautiful and worth living.

“And I don’t understand what it takes to look at him as a hero.”