Jan Šibík 1989, a photography exhibition now running in Prague, brings to life some of the most dramatic moments of that momentous period. Šibík, who was then in his mid-20s, succeeded in capturing the police brutality that sparked the Velvet Revolution – as well as events that foreshadowed and followed it.

These are just some of the 80-plus black and white images currently on show in the exhibition Jan Šibík 1989 at the Old Town Hall in Prague. The first of four sections focuses on the year or two leading up to November 1989. It includes a striking image of demonstrators facing off against Communist police near Sparta Prague football stadium in one of the few protests that preceded the Velvet Revolution.

Šibík, now one of the country’s top documentary photographers, recalled the moment to Czech Radio.

“There was a red sky over Prague Castle and I wanted to connect those people with the policemen. So I climbed up on to a small column, which I still remember when I pass it today.

“I felt I needed to capture both sides. That’s why so many of my photos are from behind the police, looking toward demonstrators.

“Other photographers even asked me if I had a deal with the police. But that was impossible unless you worked for them.” 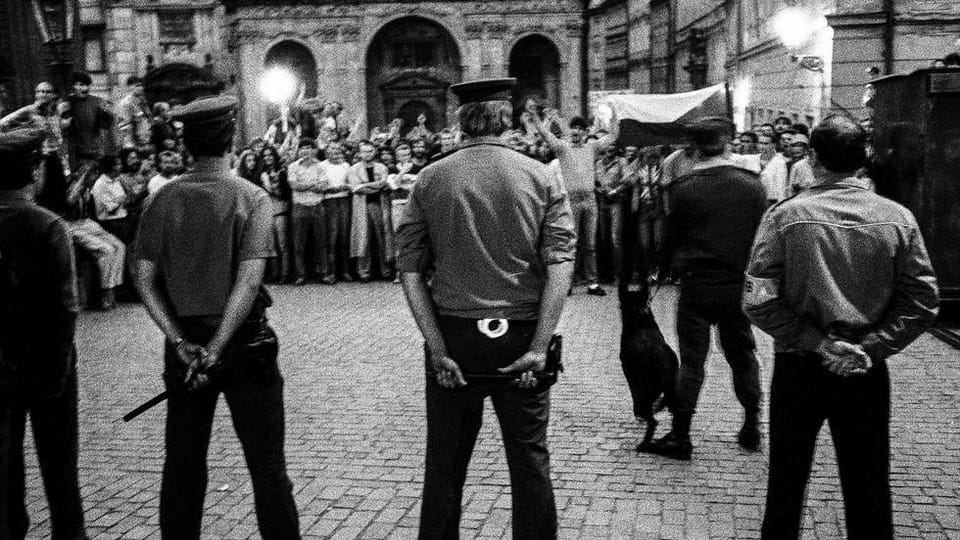 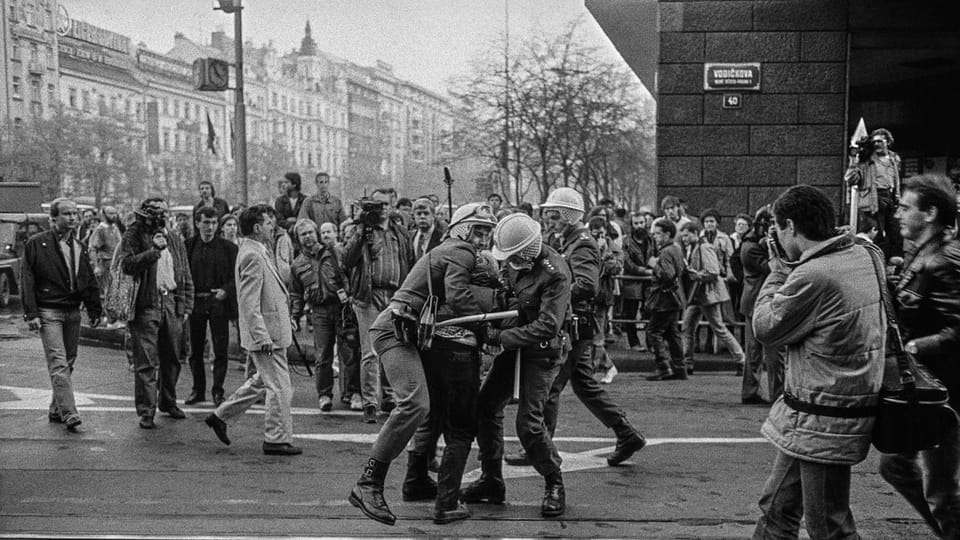 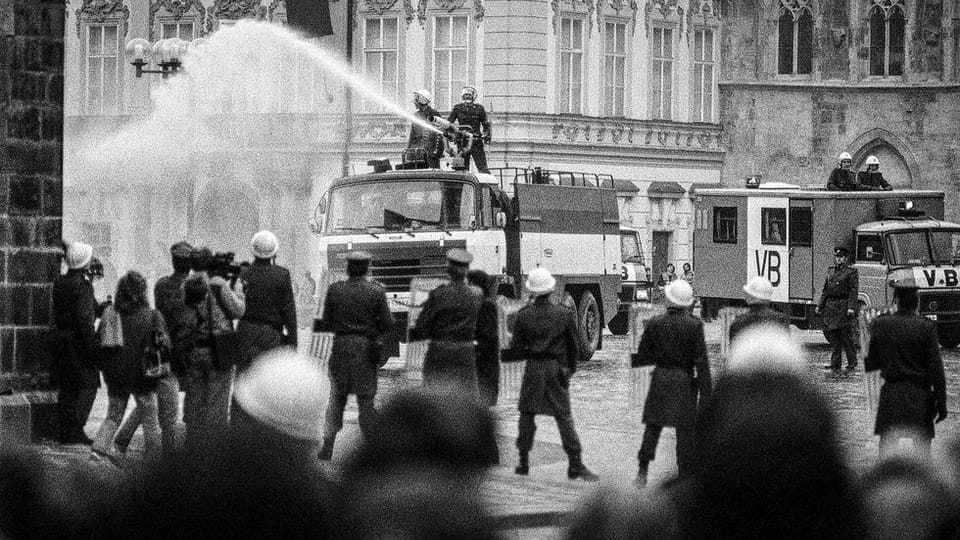 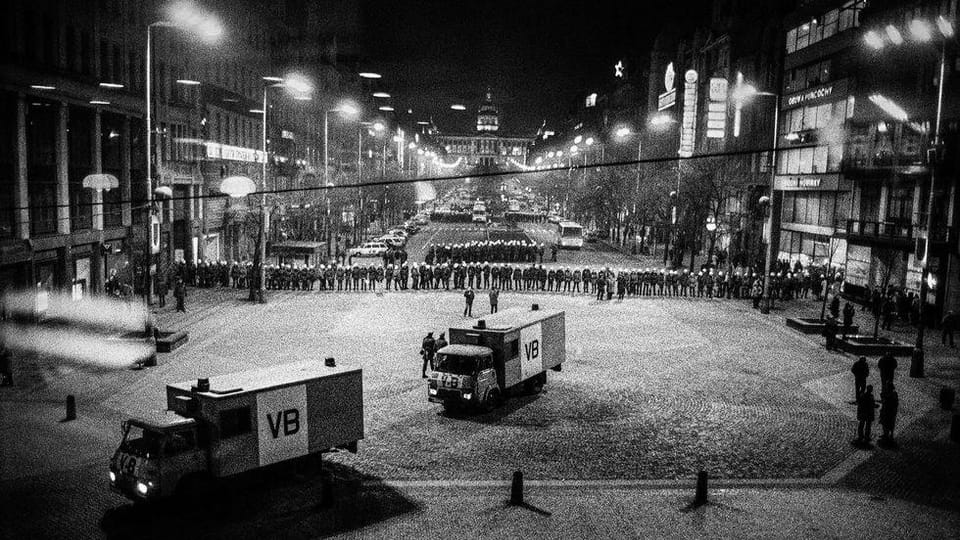 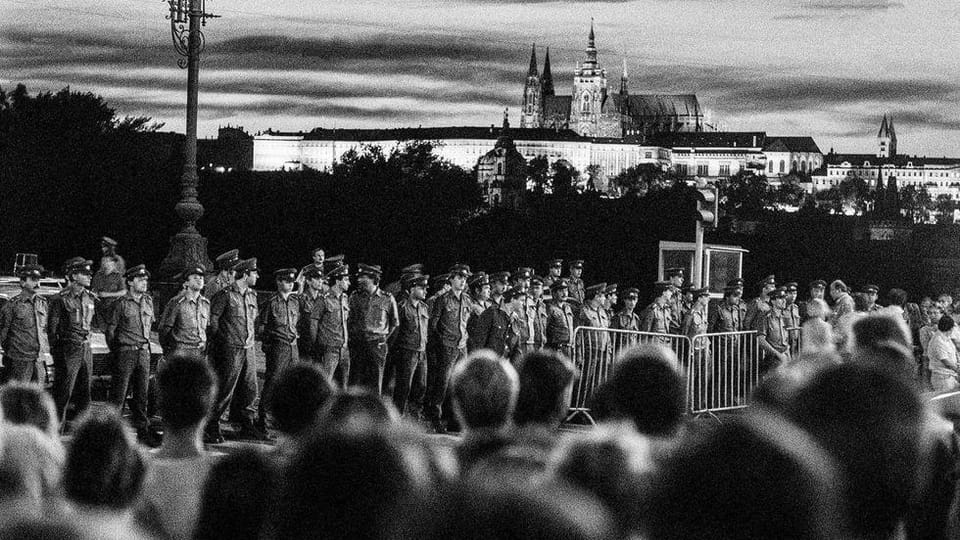 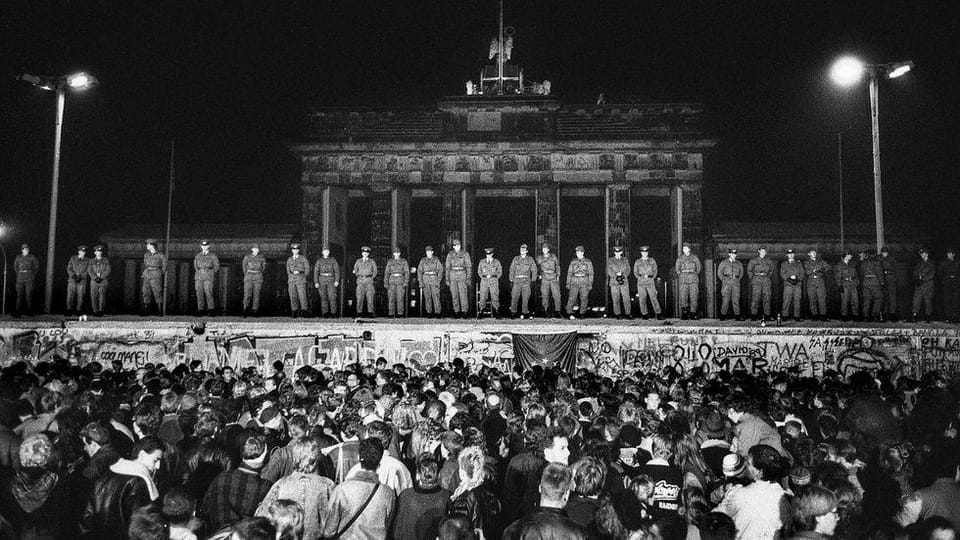 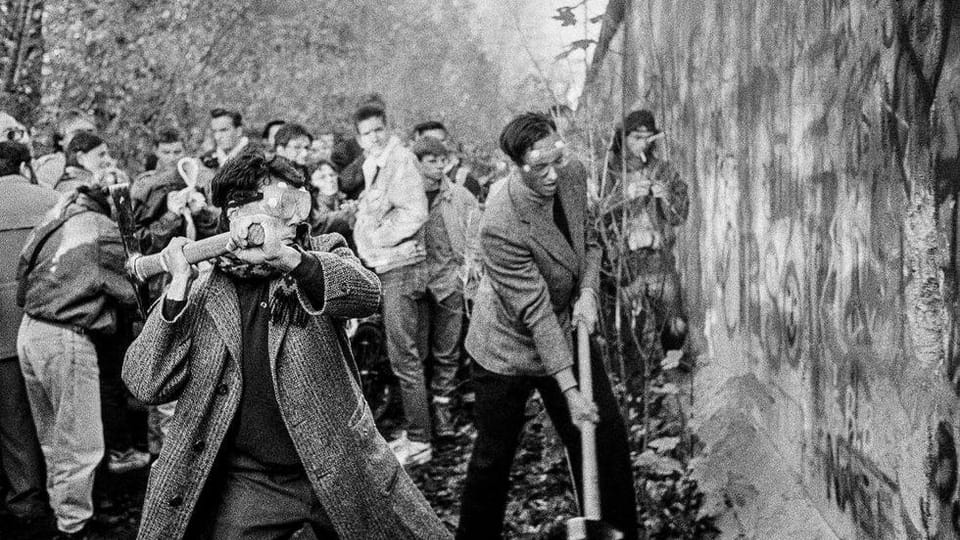 The other sections of Jan Šibík 1989 focus on the Velvet Revolution and its aftermath and the fall of communism in East Germany and Romania.

The photographer, who was 26 at the time, says the latter revolution had the biggest emotional impact on him.

“The revolution in Romania was the bloodiest. Initially they spoke about tens of thousands of victims.

“Naturally I did some research to make sure the number was accurate and in the end there were 1,104 victims on the side of the demonstrators.

Jan Šibík, photo: ČTK/Michal Krumphanzl
“There were some victims among Ceausescu’s guard, who resisted for a few days, but for the most part it was ordinary people who died."

Šibík explains his approach to photographing dramatic events on the streets of Bucharest, Berlin and Prague.

“Above all I was trying to record emotion. But actually capturing emotion and also including some symbolism in a photo is extremely hard.

“But if it works out, the person looking at the photo feels those things, even if they weren’t there. That was my aim.

“The problem was I had only been taking pictures for four years then and wasn’t too good.

“Nevertheless, I hope that some of the photographs still stand up 30 years later.”

The exhibition runs until November 14. Šibík has also produced a book to accompany the show.