A major new exhibition entitled “Biedermeier Art and Culture in the Czech Lands, 1818 to 1848” has just got underway at Prague Castle. Indeed, organisers are saying it could well be the Castle’s biggest show of the year. The term Biedermeier takes in literature, painting and even life-style, though it is most closely identified with elegant furniture which was made for central Europe’s emerging middle classes in the first half of the 19th century. Kateřina Horníčková of Prague Castle’s culture section told me a bit about the phenomenon of Biedemeier, and the newly opened show.

“The exhibition takes in the period from 1814 to 1849, which was a period of relative quiet after the Napoleonic Wars. That somehow resulted in a large cultural boom in all fields of artistic creation.

“What is maybe interesting in that context is that the state at that time – after the Napoleonic Wars and as a certain reaction to them – developed policies of supporting the creation, or production (we can already speak of production) on a larger scale, with factories creating these objects according to these designs. Basically it’s the beginning of the principle of modern design.”

And there would have been original Biedermeier furniture here at Prague Castle at the time, when it was being made?

“We also have correspondence between the head of Prague Castle in those days, so the designs follow what was active in Vienna at that time, though it was locally made, in Prague.”

What is the appeal of the Biedermeier style today?

“The forms, the simplicity of forms mainly, and the beauty of the lines of this style are inspiring for modern design. For us from Prague Castle it’s interesting for example that Jože Plečnik, the great architect and designer of Prague Castle, took Biedermeier as one of his main inspirations.

“Upstairs in the gallery you would see the armchair designed by Plečnik, and it is clearly inspired by these lines and the very sort of perfect craftsmanship of Biedermeier.”

The exhibition runs at the Riding School at Prague Castle until 28 September. 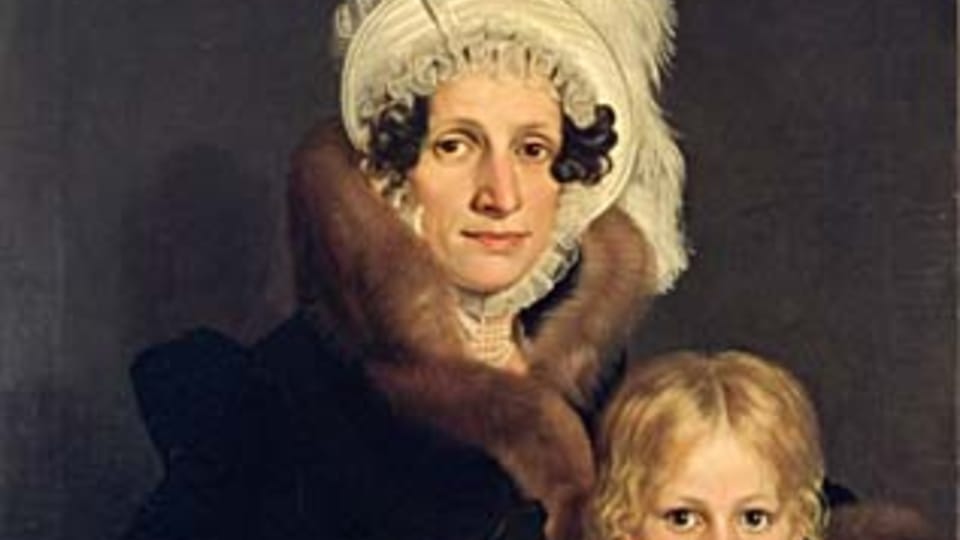