Is this Prague’s most well-hidden bistro?

Is this Prague’s most well-hidden bistro?

Prague has its fair share of “secret” cafes and restaurants – places that you can only find if you know where to look. But La Paisanita, an Argentinian empanada eatery, probably takes the crown for the capital’s most hard-to-find food establishment. And despite the couple who run it actually coming from Argentina, a famously carnivorous country, it offers a majority meatless menu.

There is probably no chance that you would stumble upon La Paisanita by accident, unless you happen to live in Prague 3 and need to go to the town hall. There, the unassuming premises of the district’s administrative building stand on the corner of the square Havlíčkovo náměstí, and only if you enter might you notice a small sign bearing the words "La Paisanita". If you follow the signs down to the basement, you will find yourself in the surprisingly spacious and unlikely location where the Argentinian bistro has its premises.

La Paisanita is a woman-owned business: Romina Del Pino is the powerhouse behind the enterprise who perfects the recipes for her empanadas, a typical Argentinian dish. Her husband Diego helps out, but quips that he is just her servant. Romina says it wasn’t until the pair moved to the Czech Republic that she was able to fulfil her dream of working with food.

But just over six years ago, they decided to move to Europe, and almost by chance, they ended up in Czechia. The couple intended to stay only one year and then move to another European country – but once they were here, they found they didn’t want to leave.

“It’s so difficult to leave the Czech Republic once you are here. When you compare the quality of life, the fresh air, the green spaces – you cannot move anywhere else. We’ve received many job offers for a lot of money in Malta, Germany, the Netherlands, Belgium – but once you start to compare how easy it is to start a small business, you find it’s so difficult to do it in other countries, sometimes it’s almost impossible. So in the end, when we make a thorough comparison, we always end up choosing the Czech Republic.”

At first the couple lived for a while in Brno, which is where the seeds for their business were sown.

“We started making empanadas because we missed certain flavours from Argentina, and so we started cooking for friends. And a lot of friends started telling us, “This food is amazing – why don’t you sell it?”

First they started out by trying to sell their speciality at a small local food festival, to see if there would be any demand. They expected that Czechs wouldn’t buy their product because empanadas are not familiar to most people in the country, so they invited some Argentinian people to the event. But, Romina says, they were taken by surprise.

When the Argentinians came – typically late, Romina quips – there were no empanadas left for them. Their new product was a surprise runaway hit. So they started taking their wares to food festivals all around the country.

That was five years ago. In October 2019 they moved to Prague to try to grow the business. Romina travelled back to South America in November 2019 and stayed there for a few months gathering recipes and ideas. She returned to Prague at the end of February 2020.

“When I arrived here and spent all my savings to buy all the machines, it was amazing and I was so happy. The machines arrived on a Tuesday – then that Friday the first Covid lockdown started.”

For less enterprising people this may have spelled the end of a burgeoning business that hadn’t even truly got started yet. But Romina and Diego found a way to make the best of a bad situation.

“We visited a food festival in Rakovník the first year of Covid, and three girls saw that I brought the empanadas to the festival in a cool box and cooked them in only 10 minutes. When they saw how easy the process was, they asked me if they could buy frozen empanadas from me. So they ordered some and picked them up from my house.”

Emboldened by this success, it also gave them a new idea for how to sell their empanadas and they started advertising on Facebook and Instagram. Diego says that they weren’t sure it would be successful but they thought it was worth a try.

“I put some messages in some Argentinian and Latin American Facebook groups, and suddenly we had like 50 orders.”

At the beginning, their operation was very basic – people placed their orders via WhatsApp, and they delivered the orders by hand themselves, using their own car. But Romina says it gave her a unique opportunity to meet customers and get direct feedback.

“I started to drive at 8am and finished at 9pm. But it was so amazing – because I visited every customer and could ask, ‘Do you like it? What would you change? What is your favourite flavour? What is the flavour of your dreams?’ And I started to work with the wishes of the clients, and that was amazing because now I have a perfect product. They were like my focus group.”

La Paisanita is unusual not only for its unlikely location, but also in that the majority of the items on its menu are vegetarian or vegan – despite Argentina being the land of beef and steaks, and despite neither Romina nor Diego being vegetarian or vegan themselves.

“I hate when vegans or vegetarians visit restaurants and are given only a salad, like ‘OK, you are vegan – eat that.’ And sometimes I don’t want to only eat meat – in Argentina, meat is served at breakfast, lunch and dinner – we eat it all day long. And when I arrived here I started to think, ‘OK, that was too much’.” 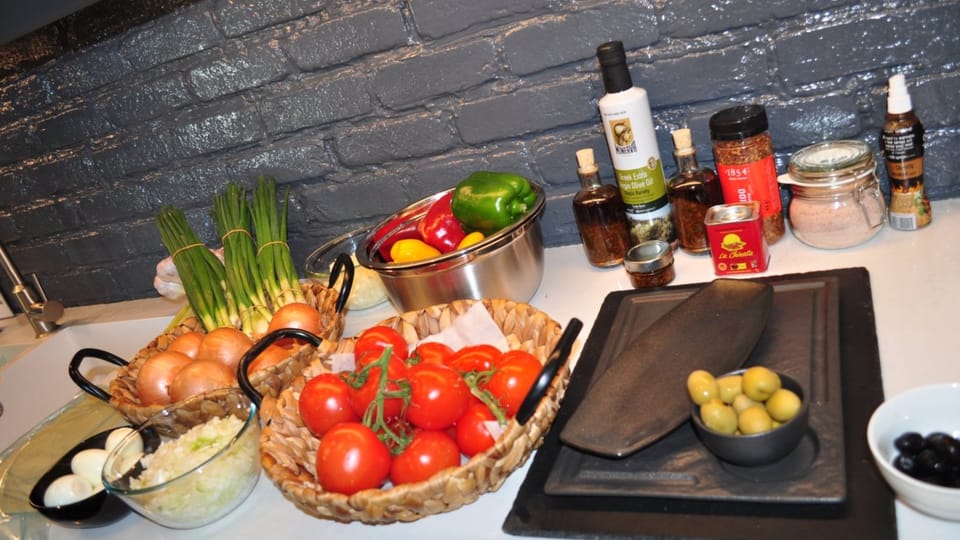 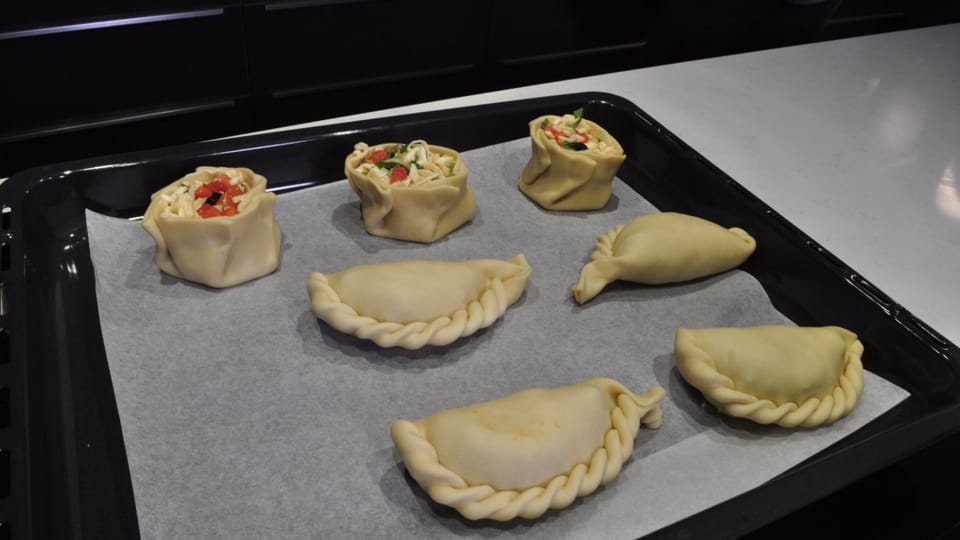 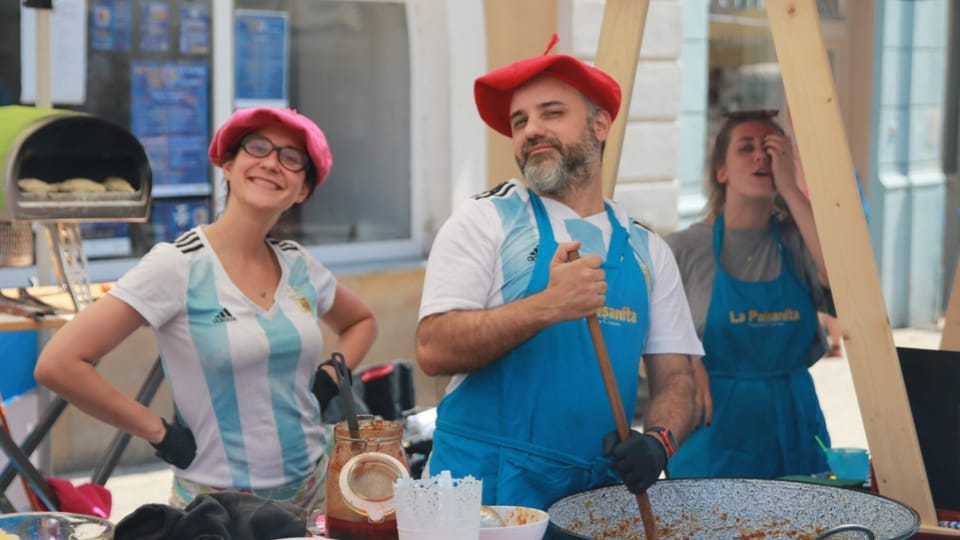 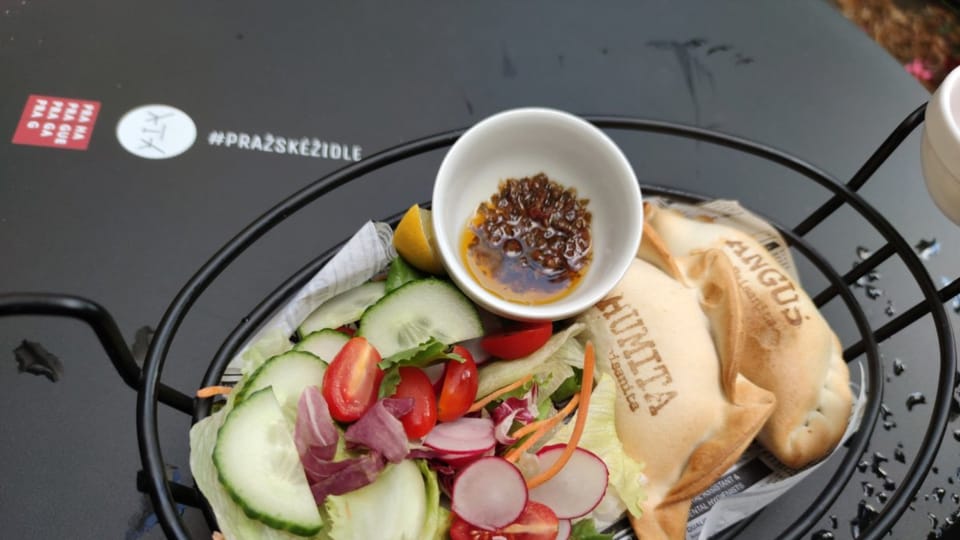 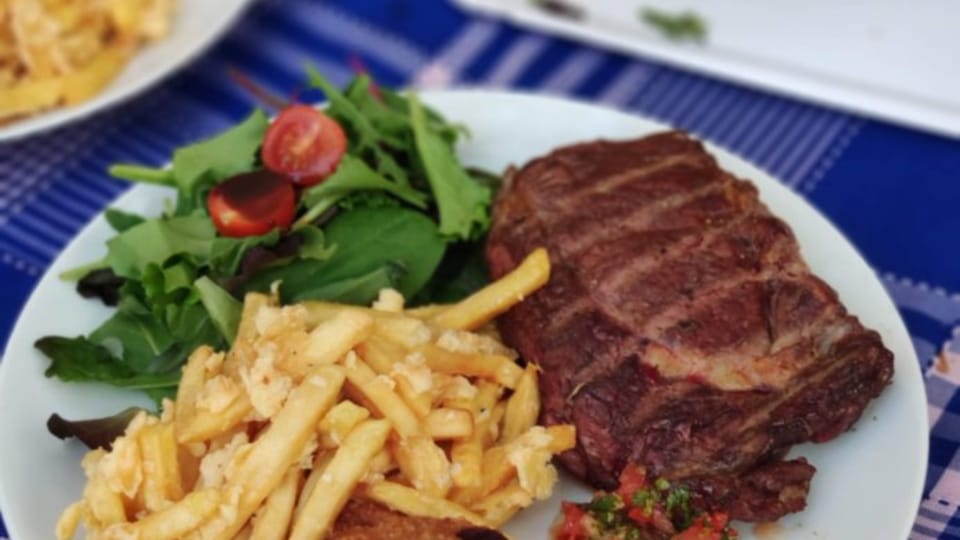 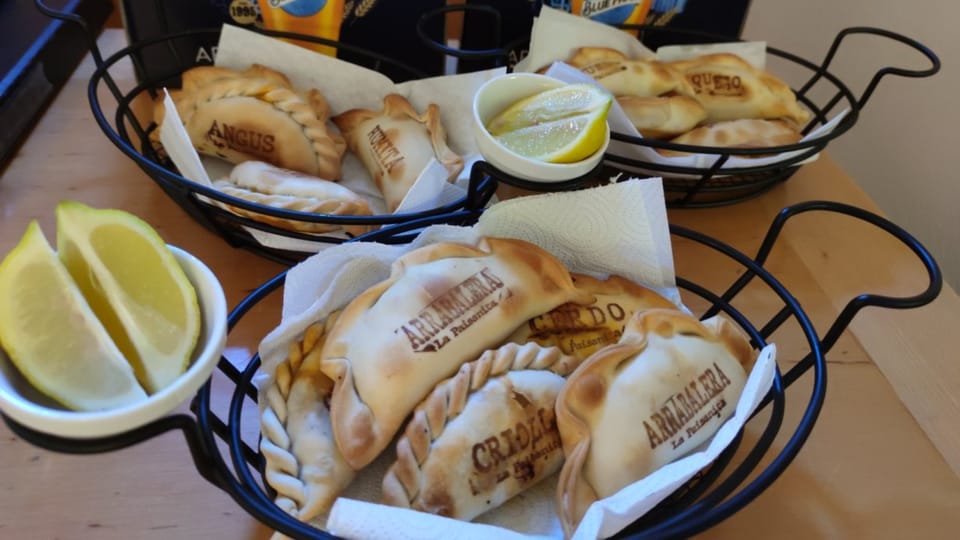 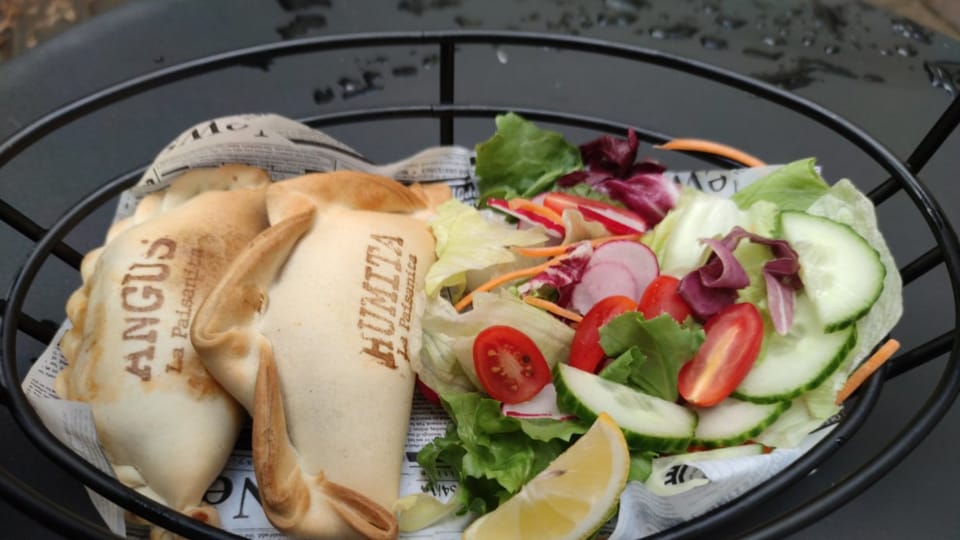 So they decided to focus on non-meat empanadas – pretty difficult for people from a country used to eating meat every day. Romina attended some vegan cooking masterclasses and experimented to try to create vegan versions of traditional Argentinian empanada fillings. When they tried them out on customers at an event in Prague for Argentinian Independence Day, they even had their compatriots fooled.

“Many people ate the vegan version of criolla, the most typical empanada with a lot of meat. And they didn’t realise that it was vegan – they asked us, ‘Hey, this empanada is really nice, but there is something different – what is it?’ And I said, ‘Well, there is no meat.’ And they were like, ‘What? That is impossible! Come on, I ate like three or four of them!’ It was really amazing that even for Argentinian people, they realized that the flavour was a little bit different but they liked it, and they never would have guessed that it was vegan.”

This majority-meatless menu helped give them another strategic advantage in a country where the gastronomy market still has relatively few meat-free products. Romina says that many small cafes and bistros around the Czech Republic order from them, and say they found them because they were specifically looking for vegan or vegetarian suppliers. Their products have even persuaded the sometimes vegan-sceptic Czech population to try something new when they have toured with their empanadas around the country.

“Sometimes people see the vegan options when they are going to order and they say ‘Oh it’s vegan, no, no, no.’ And I say ‘Just try it, why not? We’ll give it to you for free – if you like it, you pay. If not, it’s for free.’ And then they try it and say, ‘Oh wow, that was amazing! I didn’t know vegan things could be so tasty!’ And they start to order it.”

Although the couple were relieved that they hadn’t already started renting premises when the Covid pandemic broke out, their original plan when they moved to Prague had always been to open a bistro. Romina says they spent a long time searching for a suitable location and in the end they rented the unlikely spot in the basement of Prague 3 city hall simply because it was cheap.

Unfortunately, regulations dictate that they are not allowed to have a sign outside – which makes them very hard to find. But for many customers, this only adds to the bistro’s quirkiness and charm.

But there are some challenges to serving a food product like empanadas in a country like Czechia where it is relatively unknown. One problem is that since Czechs are not familiar with empanadas, they don’t tend to look for them or search them out on food delivery websites. Romina even has an amusing anecdote on this topic.

“The first time we had a delivery guy from [food delivery service] Dáme Jídlo, he told me, ‘No one knows your product here, but kebabs are really famous. If you made kebabs, you would sell a lot.’ And I said, ‘Yeah, but I don’t make kebabs, I make empanadas.’ And he said, ‘Just take off the dough, put a tortilla there instead, and call it an Argentinian kebab!’”

Another challenge is that people often don’t know how to eat them. Diego says this is something they usually try to explain to people if they say they haven’t ever tried an empanada before.

From talking to Romina and Diego, it is clear that the most important thing to them, above all, is the quality of the ingredients they use and the care they put into creating each and every empanada. They source their ingredients carefully and locally.

“This is not a product that comes from a machine – this is a product with human people behind it and a lot of work going into it. For example, the meat we use in our empanadas comes from a sustainable farm close to Brno that has the same breed of cow we have in Argentina, Aberdeen Angus, so the flavour is almost the same as in Argentina, but with Czech prices.”

As Romina talks about her goal and the drive behind it, you can hear how much she loves and cares about what she does.

“The most important thing you have is your body. Without your body, without your health, you can’t do anything. My goal is to make good quality food, to ensure the quality of each ingredient. Behind each empanada is a human being making it. Every empanada is closed one by one, by hand.”