The Czech Republic’s video games industry has become one of the country’s major exporters in recent years. At the same time, it is facing a shortage of experienced game designers. To improve the situation on the market and respond to a growing demand from students, Prague’s FAMU film school will open a new department specialising in video games design.

At the moment, there are over 110 game design studios in the Czech Republic and over 90 percent of their customers come from abroad, mainly the United States, Germany, Great Britain, Russia and China.

The Czech gaming industry currently employs close to 1800 programmers, graphic designers and other people who work on developing new games. However, it is still struggling with a shortage of skilled employees, says academic Jaroslav Švelch, one of the co-founders of the new video games design department at FAMU:

“At the moment, game designers are mostly recruited from other professions in game design firms. Usually, they are former computer programmers or graphic designers. There are very few people who specialised in game design from the very beginning. Most of them have to go through special training.”

One of the teachers at the soon-to-be-opened department is Michal Berlinger from the award-winning studio Amanita Design, who co-created such games as Machinarium or Pilgrims.

“Game design is a very wide discipline. It could be compared to film direction.  It includes coordination of the whole team and the design of the game concept.

“There are many gifted artists and people in technical professions in the Czech Republic, but to move the video games somewhere further, we also need skilled designers.” 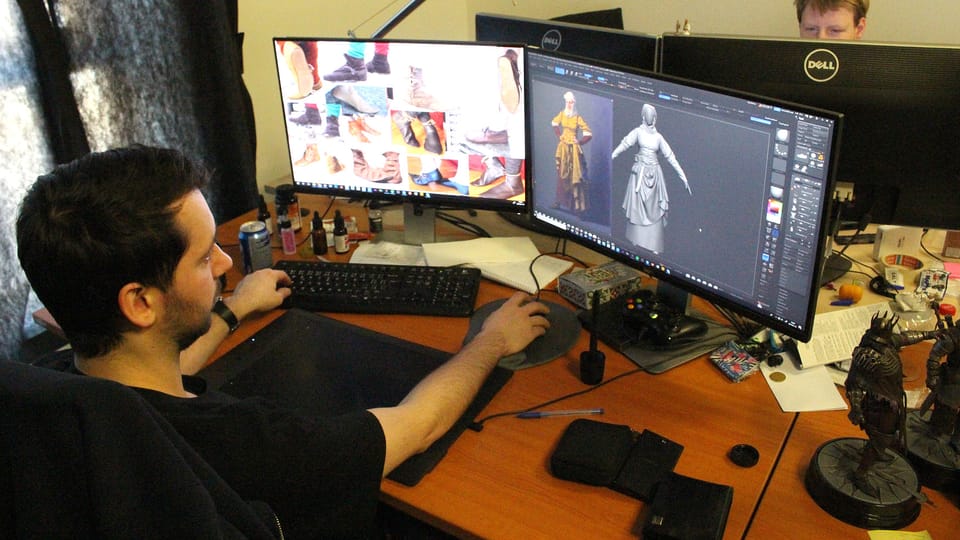 The two-year Master’s Degree, which is due to open in September next year, will accept a maximum of eight students, who will be learning how to create a game from the scratch.
The new department plans to cooperate with other departments at FAMU, mainly animation, sound and production and also with people, who work in game design.

“The larger teams have more designers and the team is overseen by a creative director. But it is the game designer who decides about the content of the game and about what the players are supposed to do. A game designer is not a programmer, who is in charge of the technical aspect, nor a graphic designer. It really is a very unique discipline.”

If the department proves to be successful, Jaroslav Švelch and his colleagues plan to open a Bachelor’s Degree in the future.

According to the latest data of the Czech Game Developers Association, the Czech video game industry grew by 20 percent in 2019, with a total turnover of CZK 4.54 billion.

Experts predict the industry will grow by another ten percent this year to reach a total turnover of five billion crowns.