Places of the Velvet Revolution 1: Národní

Places of the Velvet Revolution 1: Národní

As the anniversary of the Velvet Revolution draws near, we take you to places that played a significant role in the events leading to the collapse of the Communist regime 30 years ago. In the first episode of our mini-series, we visit Národní třída, the scene of a brutal police crackdown on an unarmed student demonstration on November 17. It was this event that marked the beginning of the revolution.

On November 17, 1989 around 15,000 students gathered at Prague’s Albertov to honour the memory of Jan Opletal, the Czech student killed by the Nazis in 1939. The procession, that was supposed to end at the national cemetery at Vyšehrad, was granted permission by the Communist authorities.

But despite instructions from the police, the procession did not end at Vyšehrad. Instead, the students continued to walk to the centre of Prague, towards Národní třída, voicing their dissatisfaction with the anti-reform policies of the Communist leadership and calling for democratic reform.

November 17 1989, Národní třída, photo: Memory of Nation
Monika MacDonagh-Pajerová, who was the only woman among the student leaders, explains how that decision came about:

“When we stood on the crossroad, we thought for a moment that we could go to Prague Castle, just like the students did in 1948. But since most of us wanted to reach Wenceslas Square, we turned the procession to the right, to Národní třída. We didn’t realize at that moment that it was a trap.”

As the students drew closer to Národní třída, which runs between the National Theatre and Wenceslas Square, more and more people joined the crowd. It was here that the unarmed protesters were hemmed in by riot police. MacDonagh-Pajerová says that as one of the organisers, she felt personally responsible for the people who took part in the protest, but there was no-one who she could talk to.

“For several hours, we stood there, begging them to let us pass. It was getting dark and it was cold and I lost contact with all of my colleagues. It was total chaos. There were thousands, or dozens of thousands of people jammed in the streets, all of them scared.

“By eight or nine p.m., it was clear to all of us we wouldn’t escape easily. We all had in mind what happened in June at the Tiananmen square in China, and we didn’t know if the army would start firing at us or not. It wasn’t clear at all.”

After a few hours, the riot police pushed the students towards Mikulandská Street, the only way out, and brutally attacked them, leaving dozens of people injured.

“When the beaten students finally reached their homes and started telling their parents and grandparents about what happened in Prague on November 17, the association immediately started to appear – and they were saying: It is just like in 1939. Our children are being beaten.” 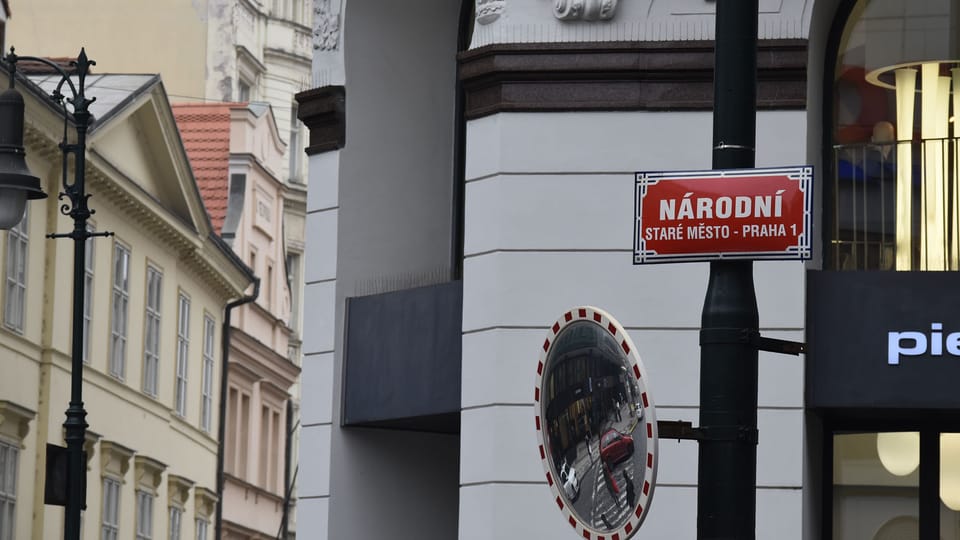 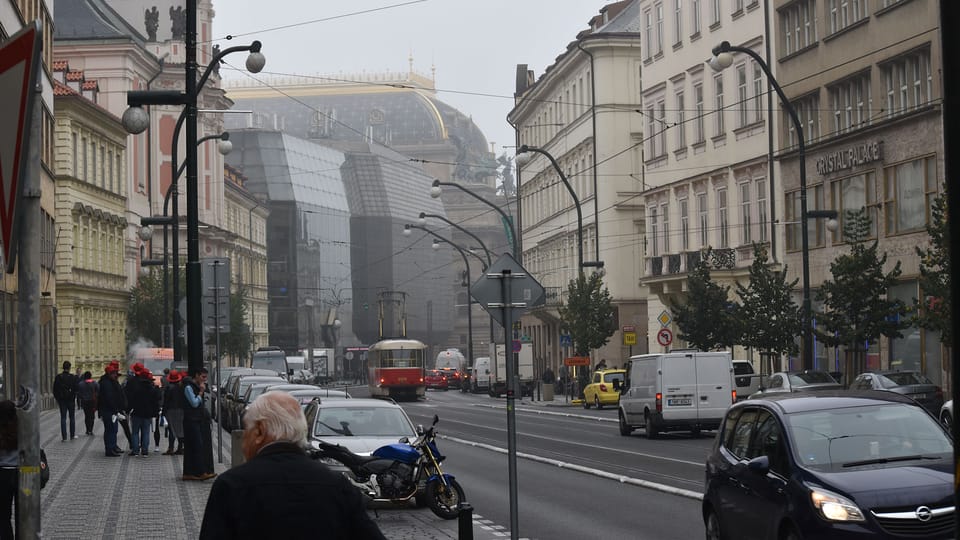 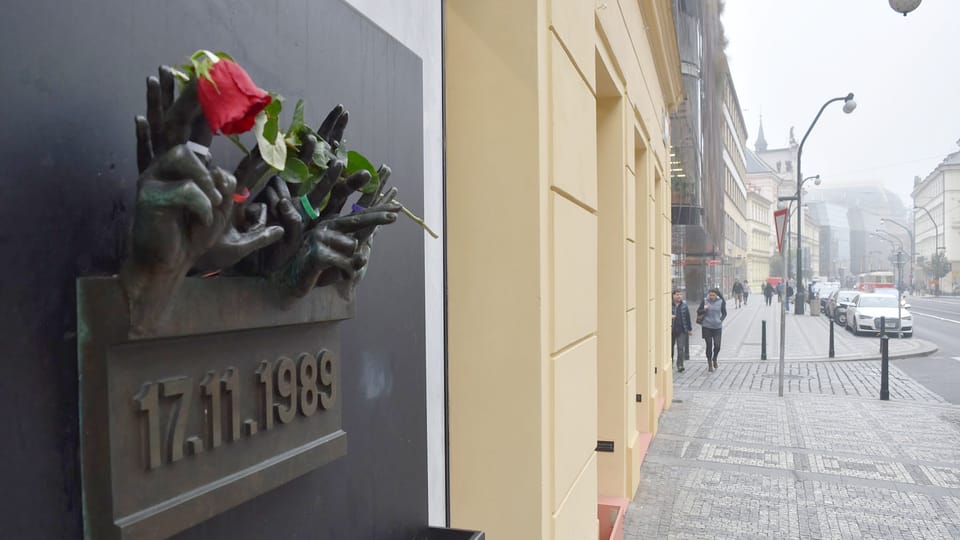 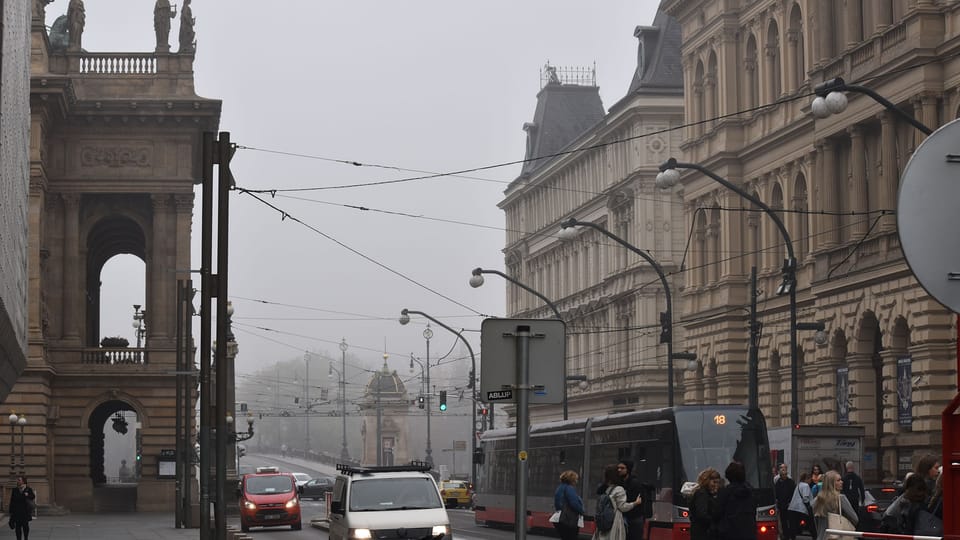 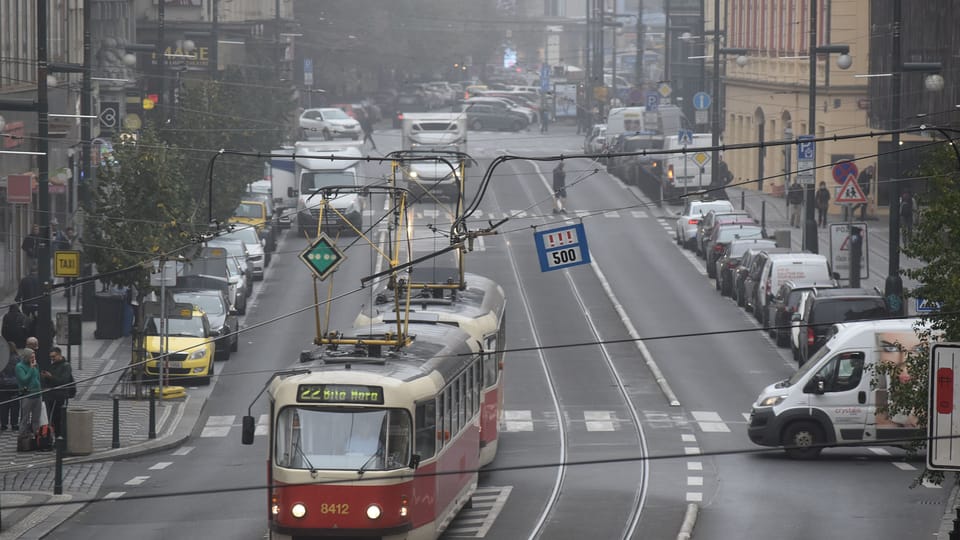 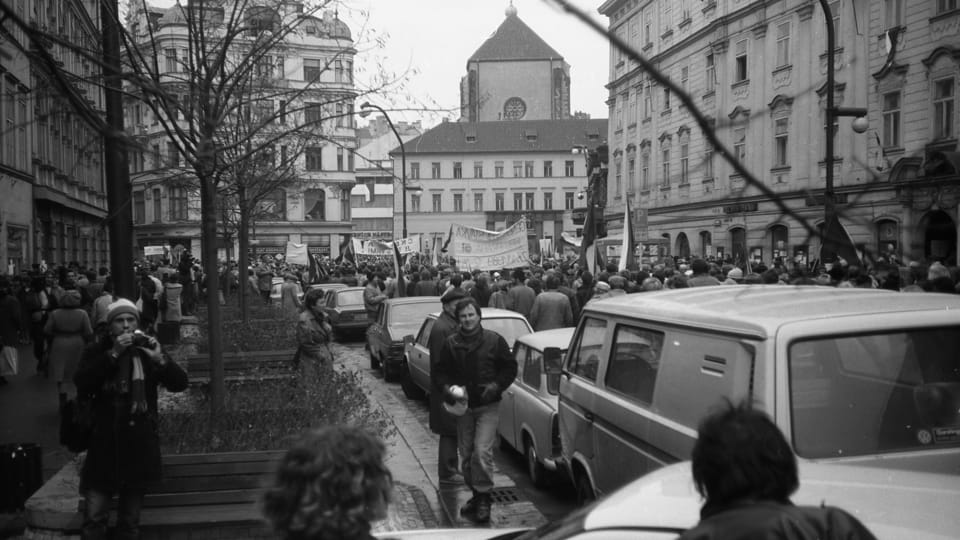 Two days after the demonstration on Národní třída, on November 19, the Civic Forum was established in Prague. It became the official voice of the protesters and a partner in dialogue with the Communist regime. The unformal head of the grouping was dissident and playwright Václav Havel.

MacDonagh-Pajerová says the involvement of the dissidents was crucial for the successful outcome of the events 30 years ago.

“This was a really important moment. If we, the university students, were the only ones to keep the fire that sparked the revolution on November 17, it would have soon burnt out.

“Our numbers were small and it would be too complicated to maintain the occupation strike in all of the University buildings.

“We didn’t have any resources, or weapons. We were not ready to face the regime in the case the army really attacked us and in case Prague was seized.

“Everyone told us that on Wednesday November 22nd, they would attack and seize Czechoslovak Television and Czechoslovak Radio, and in that case, we wouldn’t stand a chance.”