The Architect of the Year award has been bestowed upon a renowned educator and architect, Petr Hájek, who the judges said has responded with experimental flair on a wide range of challenging projects. A professor at the faculties of architecture at Czech Technical University in Prague and at the Academy of Fine Arts and Design in Bratislava, he was honoured on Tuesday evening for his exceptional contribution to the field over the past five years.

Petr Hájek, photo: ČTK/Michal Kamaryt
This is hardly the first time that Prof. Petr Hájek has been honoured for his work; the awards to his name are too numerous to mention here. One particularly worth noting – attesting to the measured innovation he has brought to the field – is the “best new building within a historical setting” award given by the Club for Old Prague, a prickly conservationist group that has been assessing the integration of new constructions into the fabric of the Czech capital now for over one hundred years.

Prof. Hájek, who in addition to teaching heads an architectural firm, says his philosophy has never been to experiment for the sake of experimentation.

“For us, experimentation is not the goal but rather the means for achieving a good result. Architecture must respond to certain limits, to the requirements of the client or the task at hand. Experimentation allows you to look at the matter from different angles and find the best solution. So, the aim is not to find an extravagant solution but rather the best answer to the questions or forces that will shape the result. Of course, in our ateliers we do experiment; we look for new paths. And I think that this is important in our field.”

From Prof. Hájek’s projects over the past five years, the Architect of the Year judges noted his renovations of the Archdiocesan Museum in Olomouc and a striking water tower in Prague’s Letná neighbourhood, extension of Prague’s DOX art centre, and experimental construction of the Centre for Environmental Education in Krkonoše National Park, to name a few. Sometimes, it is the setting that drives the project and presents the challenges that lead to innovation, he says. But not necessarily.

“It can definitely also be a certain intellectual construct. That was the case, for example, with the educational centre in Vrchlabi, in the Krkonoše Mountains. The building was made using standard methods, but its face, the principles behind it, were influenced by the topography of the mountains themselves. And that is also, in its way, definitely an experiment, which is projected in its face.” 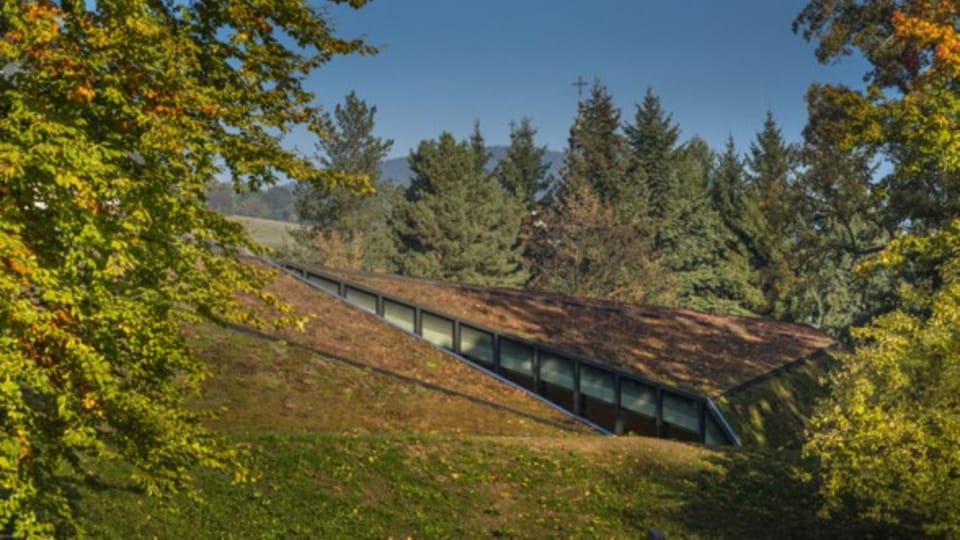