‘Perník’ – a Czech Christmas delicacy that goes back centuries

‘Perník’ – a Czech Christmas delicacy that goes back centuries

It is not just at local markets where gingerbread in all shapes and colours can be found. Baking the delicacy is a treasured tradition among most Czech families as well. On average each household bakes around eight types of gingerbreads, known as the perník, ahead of Christmas and children are often excited to partake in their preparation. To find out more about the way they are made, Radio Prague visited a museum that specialises in the baking of exquisite gingerbreads.

Gingerbread Museum, photo: Ondřej Tomšů
Photo: Ondřej Tomšů
Gingerbread first arrived in Bohemia via German cities during the Middle Ages, and the Czech name for them - “perník” - is a result of a type of a special pepper spiced gingerbread made to accompany the drinking of wine at medieval courts.

Their most marked footprint can perhaps be seen in northern Bohemia. The first written account mentioning the perník comes from the local town of Turnov in 1335 and possibly the first guild specialised in producing them was based in Chlumec nad Cidlinou, a town situated in the north east of the country.

The nearby city of Pardubice is known across the country for its popular Pardubický perník which can be bought in stores all around the Czech Republic and often replaces the chocolate bar as the child’s favoured snack.

But the Czech capital also holds some treasures for perník enthusiasts. Located in Prague’s old town on Nerudova ulice, is a special store called the “Gingerbread Museum”.

It is not just the wide and colourful array of gingerbread creations that betrays the museum’s purpose, but also the unforgettable aroma that fills its interior. Milan Gojda, who owns the museum, says that its location is no chance either.

Photo: Ondřej Tomšů
“One of the most famous Czech gingerbread bakers lived in this street. We wanted to follow up on this fact and create a place that would help Czechs and tourists alike get inspired by the Christmas atmosphere.”

The museum does not just house gingerbread, but makes it as well. A special gingerbread bakery is located here, producing unique types of perník.

Mr. Gojda says that coming up with the right product involves making compromises as well.

“For us the most important ingredient is honey and the spice combination. Based on this we decide what the intensity, taste and smell of the specific perník will be. Nowadays it is hard to come up with a taste that would satisfy all of our customers.

“The young like perníks that are similar to gingerbread biscuits, but the older generation prefers a the taste of a special mix of spices, were anise, cloves and similar aromas dominate. So we are forced to find a sort of middle way that satisfies representatives of both camps.” 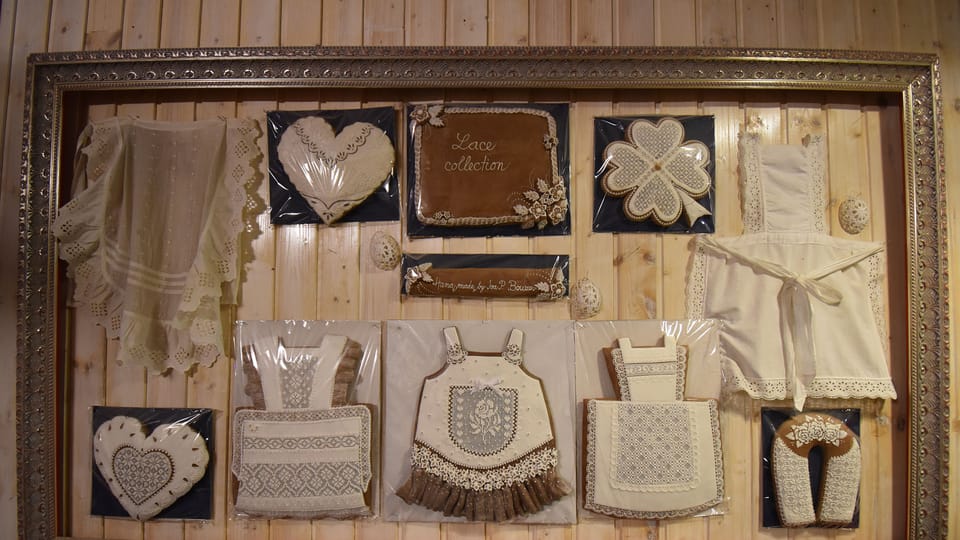 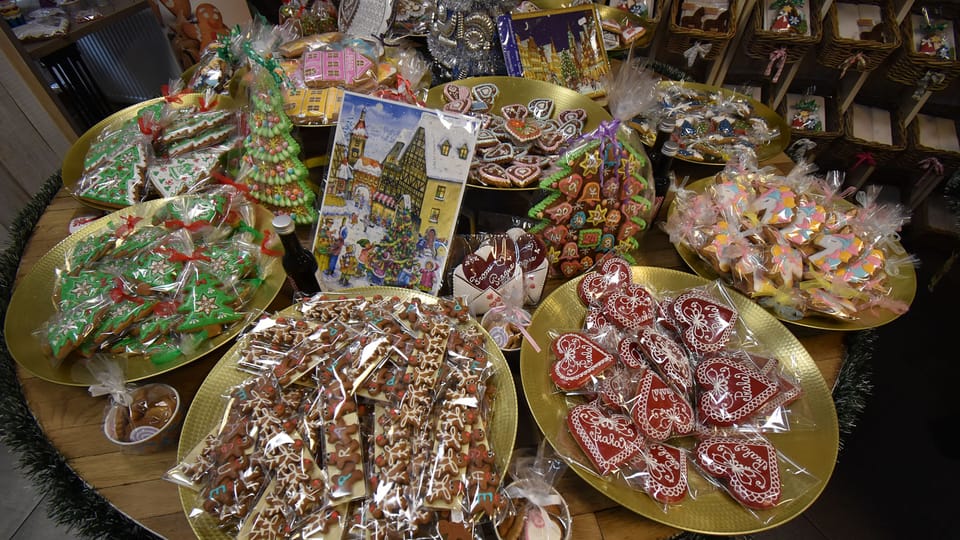 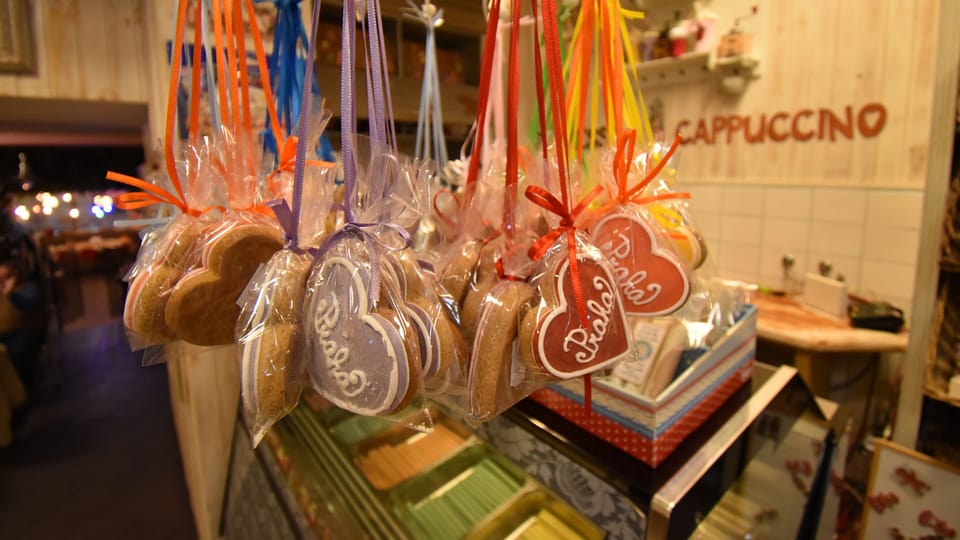 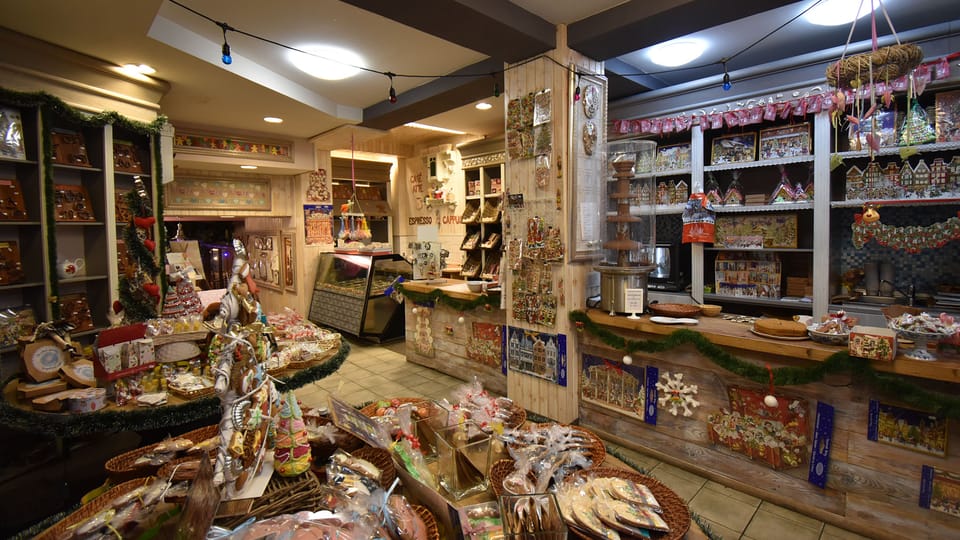 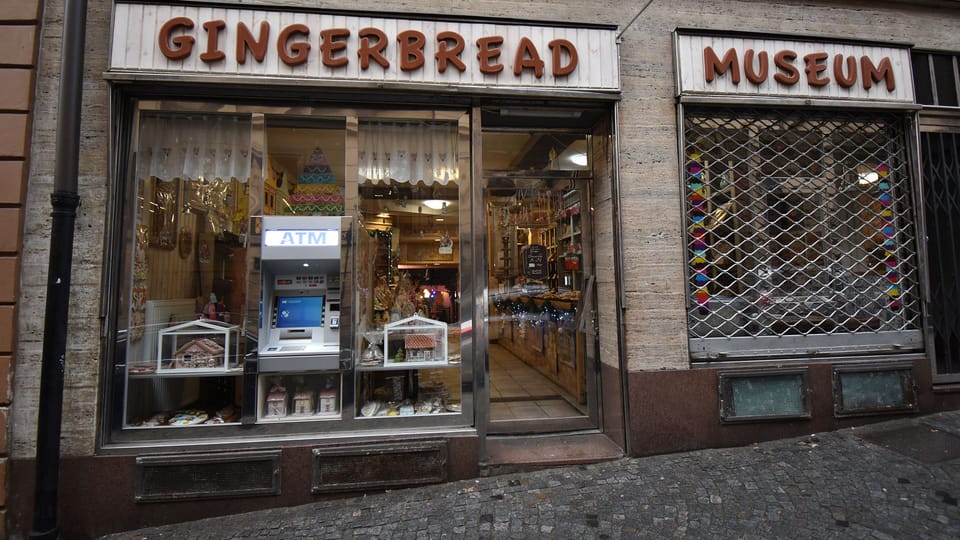 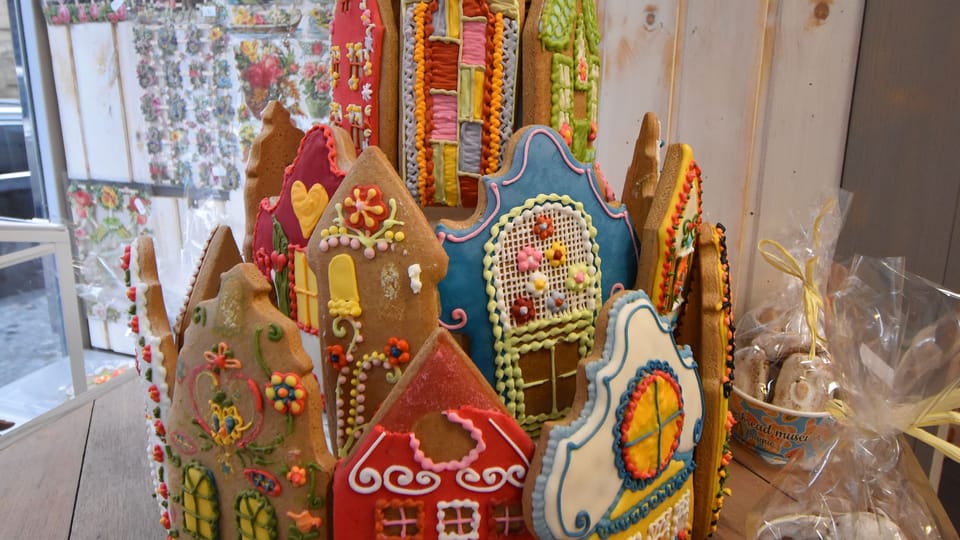 Jiri Lachout is one of the museum’s bakers. Standing by the dough roller, he starts cutting out shapes from the dough he had prepared some hours earlier.

“Ideally, the dough should lie in the cold for about twelve hours. Our recipe is slightly different from that used in the Middle Ages, but we use the same basic ingredients. We also have our own spice mixture, which is made up of nine different types of spice. Most detectable are the tastes of cardamom, anise, cinnamon, star anise.”

The space for experimentation with different types of spices is certainly wide. Czech retailers sell packages containing dozens of them around Christmas time. For those with little time for creativity, prepared mixtures are also on offer.

But it is not all about spices. The nature of gingerbread allows those preparing it to create anything from simple hearts, gingerbread men and angels -which Mr. Lachout says are most popular among visitors - to complex shapes such as gingerbread houses and trees.

Hana Jansíková, who specialises in sugar-coating the gingerbread pieces, says that from all of the museum’s exhibits, she admires the life sized gingerbread lace clothing, adorning one of the walls, the most.

Photo: Ondřej Tomšů
“I think such things are incredibly hard to make. Personally I do not trust myself to undertake such a project. I only know a few women in the country that make stuff like this. You need to be patient and have a lot of practice. A lot of perfectionism is involved in the lacing. You cannot make a single mistake, so I take my hat off to people who make such perník, because I’ve never seen anything like it.”

As Mr. Lachout pulls out the tree shaped pieces out of the oven, she starts getting to work.

“I tend to choose the decorations depending on the mood I am in. Because in 90 percent of cases I have a good one, they are always very colourful and happy looking. Due to the fact that we are usually short on time, we use a royal glaze. It is quite simple, smooth and perfect for decorating. You can also use a home glaze made out of bilberry topping, an egg white, icing sugar and a few drops of water.”

For those planning to make gingerbreads at home, Ms. Jansíková advises to place the pieces in a box along with a slice of apple. Visitors who feel they may need some practice before they start experimenting at home can also use the offer to bake some themselves in the museum, while parents who want to satisfy their children’s urge to make custom gingerbread drawings can use the offer of child specific gingerbread workshops.

For those too far away from the museum, there is always the option to get a Pardubický perník in the supermarket.