Czech farmers have produced white carrots! Kafkaesque administration: a non-existent bridge gets officially abolished. And whatever happened to the boy who played the young Amadeus in Milos Forman's famous film? Find out more in Magazine with Daniela Lazarova.

Photo: CTK
Wine-harvest festivities are now taking place around the Czech Republic including most parts of Prague. Although wine-growing was originally restricted to Moravia - the eastern part of the country - the warmer summers we've had in recent years have encouraged farmers and gardeners elsewhere to try their hand at winegrowing. And they have met with considerable success -even wine growers in Prague. Originally the Czech capital only had the royal vineyards that were planted by Emperor Charles IV but now almost every Prague district has its own vineyard and they vie whose wine is better on a given year. The annual wine harvesting celebrations are held on Prague's main squares and they involve theatre performances, live bands, dancing and of course wine-tasting. The merriest and most colorful take place in Prague's Vinohrady district - which literally means the Vineyard District in Czech - where the procession is led by none other than Emperor Charles IV. Prague Castle also has its vineyards and the wine from them is served exclusively at the president's table. So unless you are a VIP visitor at Prague Castle your chances of sampling it are slim.
Denmark's crown princess Mary, photo: CTK
And -on the subject of VIP visitors at Prague Castle - President Klaus and his wife Livia recently hosted Denmark's crown princess Mary. The Australian born Danish princess was here on a two day visit and caused a small uproar among Danish and Australian tourists when she visited Prague's main tourist attractions. "There's something about Mary" read the headlines in the next day's papers, reporting that the Danish crown princess was a charming young woman. And in case she should feel homesick, her hosts prepared two Danish treats for the royal visitor - a visit to a Danish pastry house on Old Town Square and an evening of Scandinavian music at the Prague Autumn Music Festival where the Danish Symphony Orchestra performed some of the best known works of Danish composer Carl Nielsen.

If you drive through the town of Brandys nad Labem and turn to the river bank you will come across a notice that reads "the bridge between Brandys nad Labem and the town of Zaryby on the opposite side of the river bank has been abolished". This sign raises a laugh from the locals who will tell you that no such bridge ever existed. Yet the notice is official and has been placed there by the local town hall. So is this yet another sign of the country's sometimes Kafkesque administration? In a way it is. The sign had to be placed there because the non-existent bridge appeared in one type of road atlas. As a result dozens of motorists - including many truck drivers - who want to shorten their way across the river end up on the river bank looking for a non-existent bridge. The locals say they were sick and tired of explaining that the bridge never existed. The fault lies with the company which produced the atlas using data from old German military maps where the bridge had been "projected". The planned bridge never materialized - but its existence was perpetrated on dozens of Czech maps - and it thus "lives" to this day. Now the local authorities have decided to do away with it. And because explaining the sorry tale would take too long they pretend to have abolished it. For a bridge that never existed - it has done pretty well, don't you think? 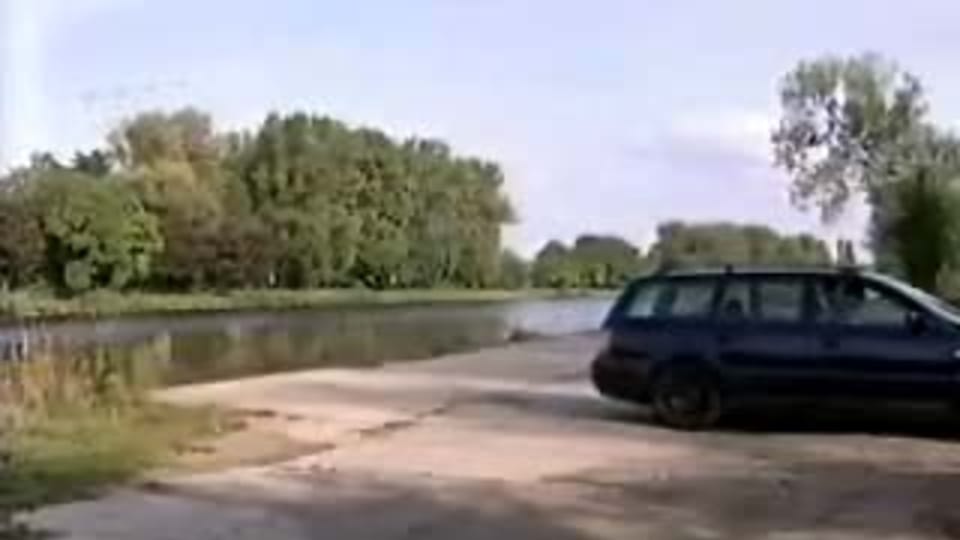 Shampoo, powder, skin lotion, hair-spray - getting pampered by a team of professionals is a wonderful experience even if you happen to be a cow. Of course not every cow has the privilege. Only record-breaking dairy cows get that kind of treatment in the Czech Republic. And for last week's cattle show in Mrakov cattle beauty specialists went all the way to show off the crème de la crème in the Czech cattle world to their colleagues from Holland. The local dairy farm reportedly has the fourth best dairy cow in the world - and she got VIP treatment for the occasion - a pedicure, a tail-trimming, a shaved and powdered udder and some hair-spray to make her coat gleam: and she was ready to face the jury with self-confidence. Amazing how far Czech cows have come since we joined the European Union!

Czech farmers have produced a new white breed of carrots which should appear on the market within the next six weeks. The white carrot is the latest fashion in the farming world and comes hot on the heels of the purple carrot. It took farmers from the town of Smrice, southern Bohemia, ten years to produce and they are hoping that white carrots will become a hit with Czech consumers. However, like the purple cauliflower or blue potatoes previously produced by Czech farmers -00 it will take time getting used to. Czechs are known to be fairly conservative in their habits and there are many who are simply not ready to order a side dish of blue potatoes. Farmers say that the white carrots are less shocking and taste every bit as good as the orange ones.

The Czech Republic's most adventurous old lady Olga Alexova made headlines last year when she celebrated her 80th birthday with a parachute jump. This year Olga was back in top form for her 81st birthday gift. Watched by TV crews and photographers she executed a neat bungee jump from Zvikov bridge. "It's better than an apron and box of sweets any day," Olga said about her birthday treat. Doing adrenalin sports is an expensive hobby so the old lady has asked her family to pool money for an adrenalin-packed birthday present every year. Pleasing a grandma like Olga is not easy. Next year she wants a ride in a Formula 1 racing car. When she turns 83 it will probably be a trip to the moon. Still at 81 - more power to her.

Have you ever wondered what became of the little boy who played the young Mozart in Milos Forman's famous film Amadeus? Miroslav Sekera from Prague is now 30 and an accomplished pianist. Twenty five years ago he got the role of the boy Amadeus because he'd played both the piano and violin since age three and was more than accomplished for his age. He says filming with Milos Forman was exciting because they sent a car for him every day and he felt very important. Moreover he only had to do what came naturally - play classical music. In time Miroslav had to choose which of those instruments he would devote himself to and he chose the piano. Last year he released his first CD in the United States - called "In the Shadow of Amadeus". 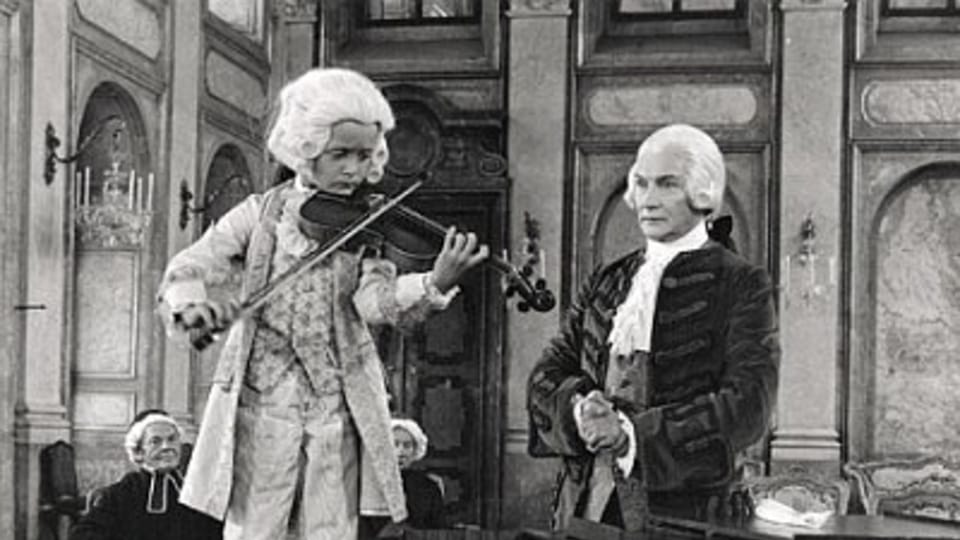 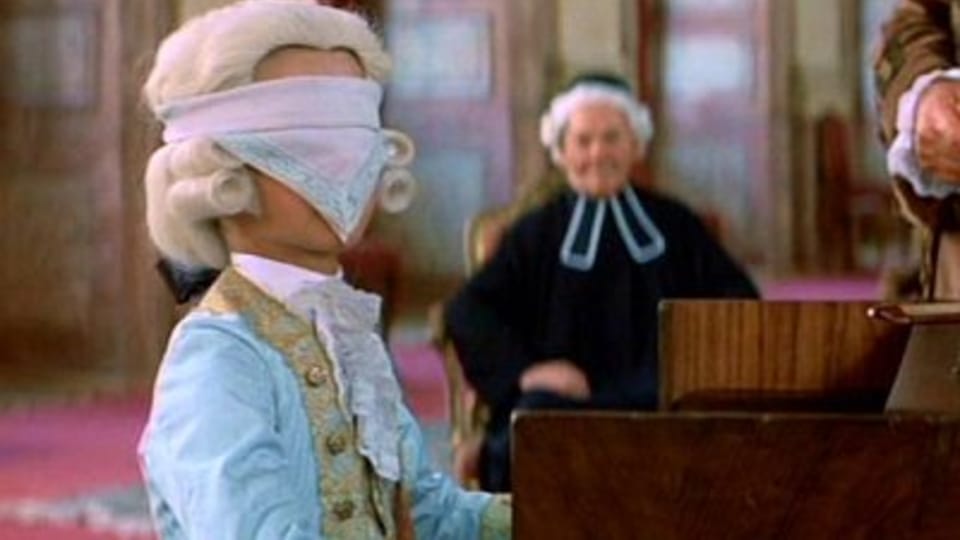