The very first pub on wheels in the Czech Republic! Czech hunters have held their annual "elk bugling" contest - and, who says fishing in Prague is no fun? An Australian angler lands the biggest fish ever to come out of the Vltava River. Find out more in Magazine with Daniela Lazarova.

Given the pub culture in the Czech Republic it was only a question of time before someone thought of it - running a pub on wheels. The very first mobile pub appeared in the town of Myslcovice near Zlin last week and proved to be a huge success. The pub on wheels was a temporary arrangement for a two day summer festival celebrating the town's anniversary. The occasion was marked by singing, dancing, outdoor games and theatre performances in different parts of town. And with temperatures climbing well over 30 degrees Celsius a constant supply of cold beer was an absolute necessity. "Originally we did it mainly for the musicians and dancers who were out in the heat all day but it was a huge hit with the locals and visitors," said the town's mayor. "It was good business for the pub owner as well and now everyone is saying we should arrange that sort of thing more often." There is no doubt at all that other Czech towns will follow their example.

It is now exactly one year since Parliament passed a law enabling gays and lesbians to enter into registered partnerships - so called "gay marriages". In the last twelve months 346 gay couples tied the knot. The youngest was 18 - the oldest was 81 -which shows that it is never too late for wedded bliss. But, the fact that it took seven long years of lobbying to pass a law legalizing gay marriage doesn't make it any easier to "live happily ever after". Two of those couples have already divorced. "We'll - now at least they know what we go through - fancy putting up such a fight for it" - a twice divorced Czech comic quipped on a TV show recently.

Come summer, Prague is full of practical jokers who have nothing to do with their time and plague the authorities with numerous pranks. One is filling Prague fountains with washing detergent - which crates a monumental bubble bath. Within minutes the fountain is full of young people up to their ears in foam. The town hall authorities have installed cameras but the prankster is just too clever - and gets away with it every time. Another -less amusing prank - is that someone keeps sticking over the metro guide-plans which help passengers to get their bearings on the three-line Prague metro. Although metro staff have been alerted to the problem and remove the stickers regularly - they keep coming back - giving tourists the impression that the "A" line will take them not just to Prague's Ruzyne Airport but also to Karlstejn Castle. Inevitably they all end up at Dejvicka station -totally confused. So if you are in Prague and don't know your way around take a closer look at the plan you are studying - the fake stickers are far from perfect. 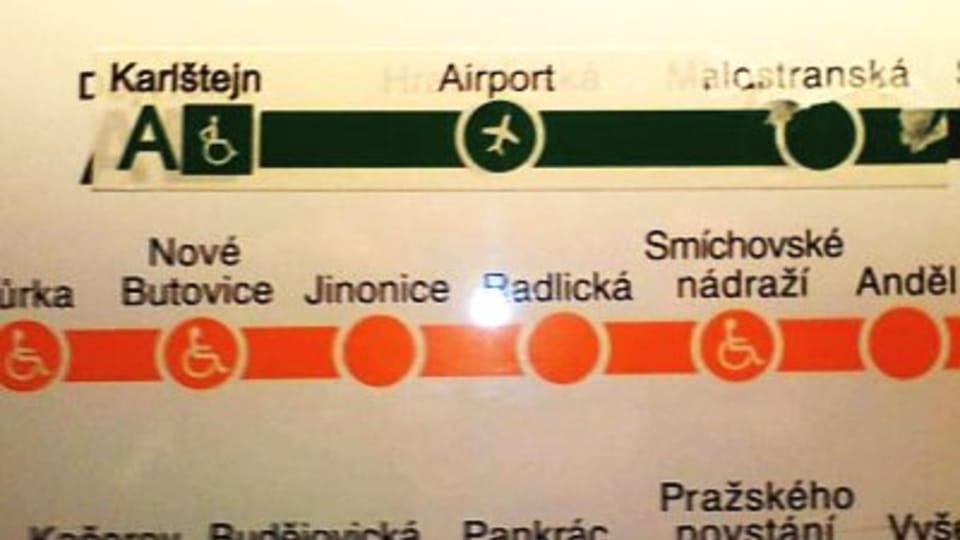 I wonder if you've ever heard elk "bugling" - the mating calls of elks in the wild that resound through the forests in August and September. You can usually hear them as dusk falls and the message is clear - the elks are out looking for a date. Their mating call is presumably sweet music to the ears of female elks but to most humans it is a decidedly un-sexy sound. Why men should want to imitate it is beyond me but many Czech hunters take great pride in perfecting the elk mating call - practicing the technique for long hours before their annual autumn competition. Men with deep resonant voices have an edge over their rivals - and the aim is to produce what some hunters jokingly describe as "an old man throwing up after a night out". Now you know what I mean when I say it is decidedly un-sexy. The elk mating call is best made with the help of a bugle or shell but getting it to sound right and echo over long distances requires years of practice. The Czech champion in this bizarre discipline is Josef Kapras, who also holds the European Elk Bugling title. When the first cat and dog "hotels" appeared in Prague after the revolution people smiled in disbelief. Now the trend has caught on and the demand for these services has soared. We are almost full up now and by mid-summer we'll be bursting at the seams, says Marta Hronikova who runs the Mikes cats' and dogs' hotel, named after a famous storybook cat created by Josef Lada.

While cats are very independent, she says dogs left there by their masters need a lot of "mothering" and are often very spoilt. I am often told that a dog is used to sleeping in his master's bed -so could I please take it to mine, Marta says, admitting that she recently spent a sleepless night comforting a Doberman who did not fit in her bed but howled all night right next to it. "There was one dog whom we read a bedtime story to every night, and of course some owners insist on regular reports on how their pet is coping. So we really have our hands full," Marta adds. What better proof that Czechs are a nation of dog-lovers?

Rex Hunt and akub Vagner, photo: CTK
Who says fishing in Prague is no fun? You just have to be good at it. One of the world's most famous anglers - Rex Hunt from Australia - recently showed Czechs how to go about it. He went fishing in the Vltava River - in the very centre of Prague and landed a whopping 70 kilo catfish! It's the biggest fish ever to have come from the Vltava river in Prague and it must have spent years in the murky waters waiting for the right man to come along. Apparently Rex Hunt was that man.
Author: Daniela Lazarová
tag:
run audio