Would you like bad breath, a dust mite or an ebola virus? Gone are the days of teddy bears - today's kids want stuffed microbes. The earth spins -but which way? Czech public television is clearly not sure. And, a top secret nuclear shelter should soon open up to the public. Find out more in Magazine with Daniela Lazarova.

Gone are days when children went to sleep clutching a soft teddy bear. Now they are clutching microbes in all shapes and sizes. They are imported from the United States where a firm makes stuffed animals that look like tiny microbes only a million times their actual size! Originally they were meant to be learning tools for parents and educators and colourful decor for pharmacies and doctors offices. But like the stink-bombs that were a hit a few years ago the collection has a special attraction for kids. The firm has responded to widespread demand and is producing a wide range of these little monsters: the Common Cold, Flu, Sore Throat, Stomach Ache, Cough, Ear Ache, Bad Breath, Athlete's Foot, Ulcer, Martian Life, Black Death, Ebola, Sleeping Sickness, Dust Mite, Bed Bug, and Bookworm to name just a few. Each of 5-to-7 inch cuddly toys is accompanied by an image of the real microbe it represents, as well as information about what it does. Jan Kovalcik, who is in charge of deliveries to the Czech Republic says that demand for them is growing. Every week the firm brings one or two new microbes on the market. Well -why one should want to cuddle up to an ebola virus beats me - but I must admit that the cuddly toys which come in all shapes and colours really do look very sweet.

Jaroslav Hasek's Good soldier Svejk is very much alive in the Czech Republic - the word sveikovat - means to make light of things and to poke fun of authority. There are Svejk pubs around the country where you will see the good soldier's image in neon lights and on beer mats and the movie based on Jaroslav Hasek's book is shown at least once a year on Czech television. To top it all the town of Ceske Budejovice now boasts the biggest ever pavement drawing of the good soldier Svejk on its main square. It is over thirty metres tall and twenty metres wide. The drawing was admired by Jaroslav Hasek's own grandson Richard who gave it top marks - saying his grandpa would have loved it.

It doesn't often happen that you see a stark naked young man riding on the Prague metro - but when it happened last Monday evening people pretended that nothing was amiss. "People were looking everywhere but at him" one of the passengers said later. After a while someone must have alerted the metro staff because the police arrived, covered him up and led him off for questioning. It emerged that the poor man had lost all his clothes in a bet and his friends had pushed him out of their car in the middle of Prague stark naked. "He was only trying to get home as fast as possible and he was dreadfully embarrassed - so we let him off the hook" a police spokeswoman said later.

Sometimes it is hard to get the whole family to assemble for a photograph - so just think about how hard it must be to assemble a whole village! The village of Mratin in central Bohemia attempted to set a Czech record by getting all of the village's 867 inhabitants into a group photo. In the end "only" 492 villagers turned up but they set a Czech record anyway for the biggest group photo ever taken. The photo was taken on the local football field and the photo session took an hour and a half. Getting close to 500 people to say cheese at a given moment is not easy!

The earth spins - but which way? From west to east of course, unless you happen to be watching the prime-time news on Czech public television. In the station's opening title sequence the earth spins the wrong way round - and attentive viewers are calling in to point out this minor detail. Even the Czech Geodetics Society has written a polite letter to the station's management suggesting that they get their facts right if they expect people to believe anything else they say or show on the evening news. The station is clearly somewhat taken aback at the turn of events. However, having paid a vast sum of money for the graphics - it is determined to make the best of it - whichever way the earth spins. The rotation of the earth in the opposite direction is permissible artistic license - the TV spokesman told viewers. Well, if he says so.

The Moravian Karst region in the eastern part of the Czech Republic is a natural reserve with more than a thousand caves, four of which are currently open to the public. What very few people know is that this underground world of breathtaking beauty also houses a unique nuclear shelter. The network of catacombs and caves first served as a storehouse for ammunition, during the years of the Second World War the Nazis turned it into an underground factory for plane engines and at the height of the Cold War the Czechoslovak military built an impressive nuclear bomb shelter from which the top brass could conduct military operations in safety. The shelter could withstand a nuclear bomb attack ten times bigger than that in Hiroshima. A underground world for the privileged - it had a vast supply of oxygen, a control room, common rooms, bedrooms and all other necessary facilities to allow 200 people to survive a nuclear war. In the past only a handful of people with access to classified information knew of its existence, now it is to be opened to the public. Although its official opening has been scheduled for March of 2008 a few exclusive tours for the media, military buffs and impatient members of the public will take place at the end of October. 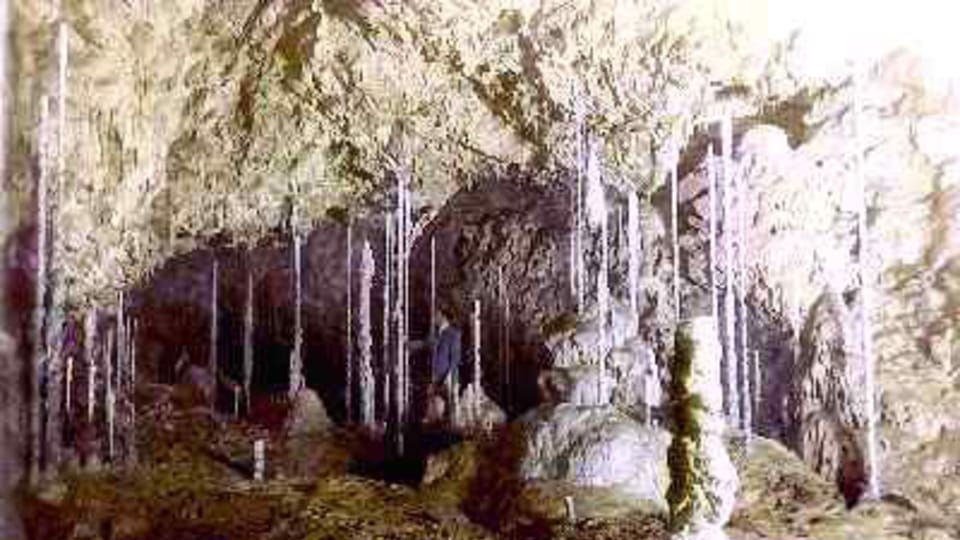 Many Czech towns are now looking for ways to improve their surroundings and attract visitors with something special. The North Bohemian town of Dolni Poustevna which has a lot of streets with funny names has asked a group of art students to depict the names of the streets by creating wooden sculptures for each one of them. And so on Honey Street you will find the sculpture of a bee, on Railway Street a wooden engine and on Graveyard Street a cross. Twelve statues in all.The idea has proved a huge success and has already drawn plenty of tourists who admire the statues as some kind of folk art. As for the locals they say that the statues have brought an unexpected bonus - strangers wondering around the town now never lose their way. 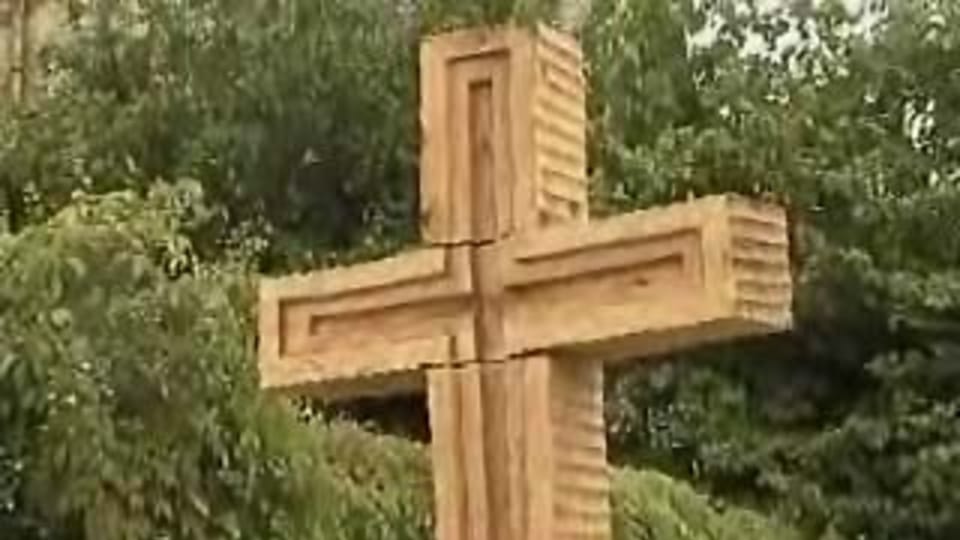