You'd be surprised what a good knock on the head can do. A Czech speedway rider who was knocked out cold in an accident woke up speaking perfect English - although he had never learnt the language. You can watch the reconstruction of Charles Bridge online. And, a Czech invents the curved toothpick! Find out more in Magazine with Daniela Lazarova.

Matej Kus
Getting knocked on the head may not always be a bad thing - especially if you want to uncover any dormant skills you may have. A Czech speedway rider who was knocked out cold in an accident during a race in Great Britain woke up speaking perfect English - although he had never learnt the language. Eighteen year old Matej Kus collided with another rider and was out cold for 45 minutes. When he came round he asked paramedics where he was in perfect English with what they described as "a posh accent". Team manager Peter Waite said Matej sounded like a newsreader and seemed to be under the impression that he was an accent coach at the BBC. Matej who had arrived in Britain only the day before - and never spoke any English - remained fluent in the language for 48 hours - while suffering from memory loss. As soon as his memory returned his English language skills disappeared. Speaking through an interpreter he told journalists "there must be some English buried deep in my consciousness - and a bang on the head just activated it. I shall now definitely try to pick up some English so I'll be able to speak it without someone having to hit me over the head." Doctors say he suffered from the extremely rare Susac Syndrome caused by a stroke or blow to the head which damages the parts of the brain that control speech. In 2004 a woman from Bristol woke up speaking fluent French and was under the impression that she lived in Paris. She too was diagnosed with Susac's Syndrome. She however was far from pleased when her dormant French surfaced. "It may sound funny to others, but suddenly thinking you are French is terrifying" she told journalists. For the first time ever people around the world will be able to watch the reconstruction of Prague's famous Charles Bridge online. The service is provided by the Prague Information Bureau which has a web camera positioned at Malostranska Tower - the end at which reconstruction work started a few weeks ago. The bridge will remain open to tourists throughout the entire reconstruction period which is expected to last for over a decade. If you are interested you can watch the work progress at www.pis.cz. To do so click on the web camera on the upper right hand corner of the page.

Although it is a landlocked country the Czech Republic has plenty of lakes and rivers and fishing is a popular hobby among Czech men. Fishing competitions abound but the one held in the town of Nedvedice near Perstejn Castle last weekend was special. The local fishermen organized a fishing contest for their wives - none of whom had ever done any fishing or considered it a particularly enjoyable pastime. But they entered the contest for the fun of it - and to give their husbands a treat. The entry fee was ten open-faced sandwiches or fifty appetizers for the all-day party at the riverside and the main prize was an all expenses paid fishing trip to Norway for the husband of the winner. The husbands or partners were present and were allowed to give moral support as well as hook a worm for contestants who found them too revolting to touch. The event was a huge success and it certainly refuted the saying that men only go fishing in order to get away from their wives.

People are flocking to Prague's Andel district to admire a veritable Jurasic Park on the main square. The dinosaurs are made of scrap materials - primarily old computer parts, telephones and TV sets. The "scrap monster road show" was organized by a non-profit company within a broader campaign to try to get more Czechs to sort waste. While many Czechs now help recycle paper and plastic bottles plenty of electric appliances still end up on communal waste dumps. The company is encouraging passers-by to bring their old electric appliances to Andel where they will scrapped for free and has already collected many tons of waste. Meanwhile the scrap monsters are well documented - thousands of people are taking pictures of them and when the scrap monsters leave Andel the road show is due to go to six other towns in the Czech Republic. 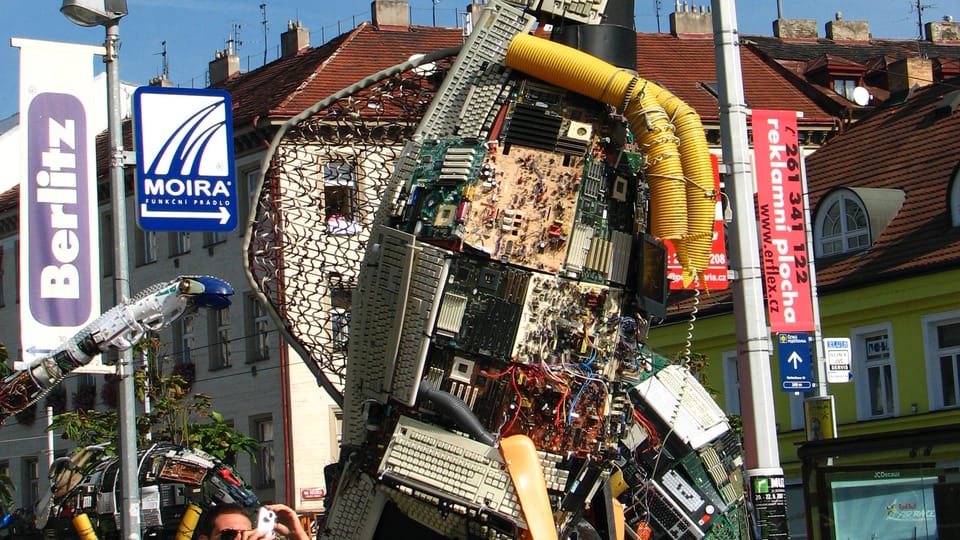 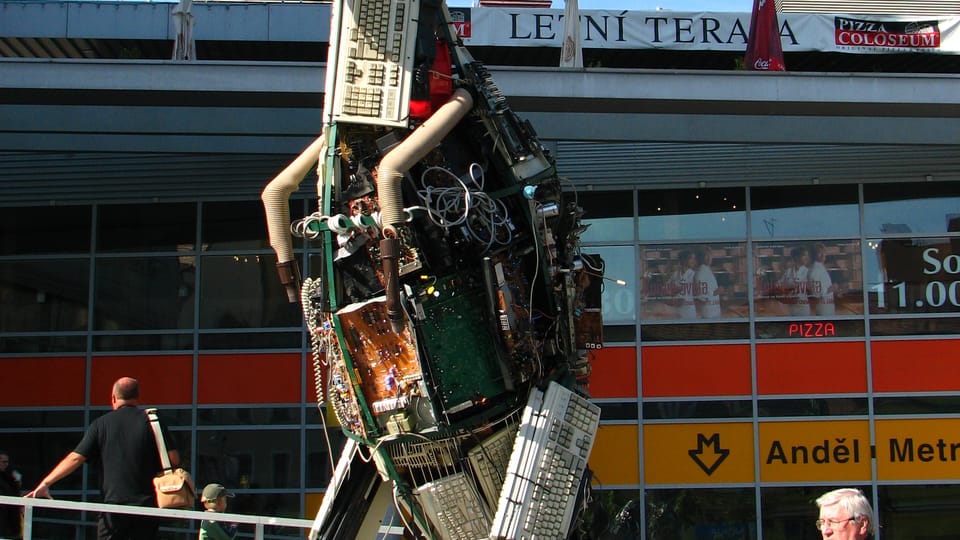 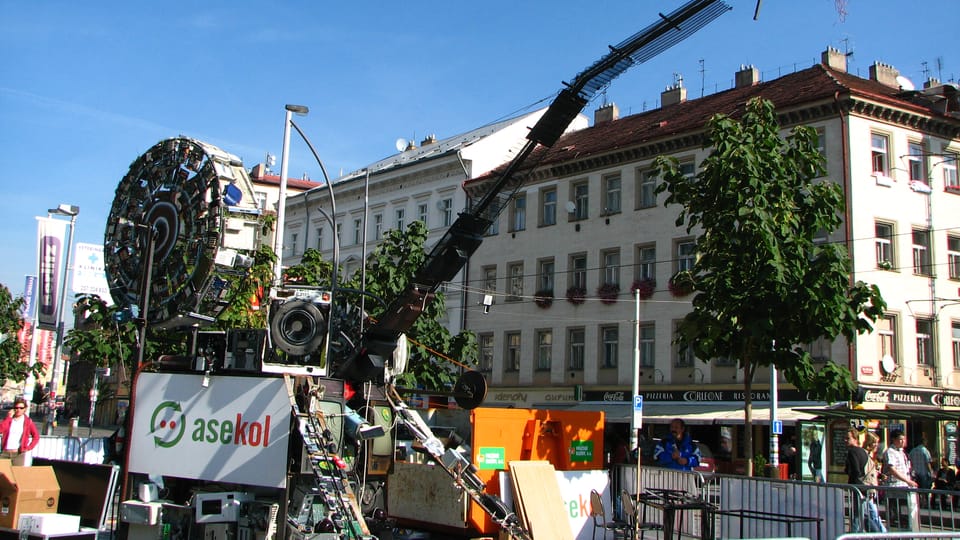 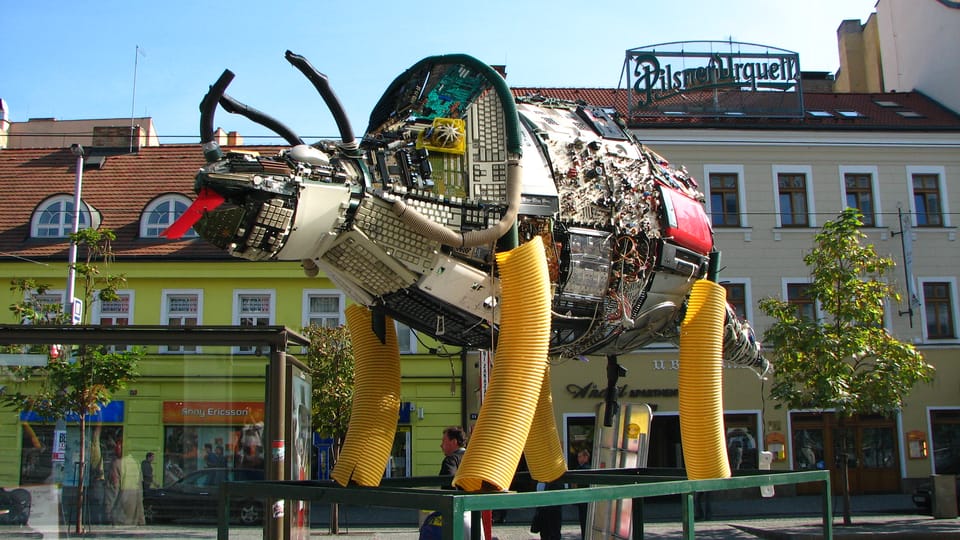 Finding a species thought to be extinct is a dream come true for any botanist. Two young Czechs -both botany students - were out trekking in southern Bohemia when they unexpectedly came across a sample of Pilularia globulifera - a plant thought to be extinct in the Czech Republic for over 70 years now. Commonly known as pillwort, this tiny plant is a creeping fern that grows in muddy ponds and requires an exceptionally clean environment. The little plant, which is at threat from water pollution and fertilizers - is declining across its whole European range. In the Czech Republic it was last seen in the 1930s and was thought to be extinct. Its unexpected discovery has excited Czech botanists who are now combing the area for other specimen and calling for protective measures. Ester Ekrtova who noticed the rare specimen in a clump of grass because "it had a slightly different colouring" said botanists were disbelieving when she called in to report the find. She and her fiancé - who found the little plant a few days before they were due to get married - say it is the best wedding gift they could have had. 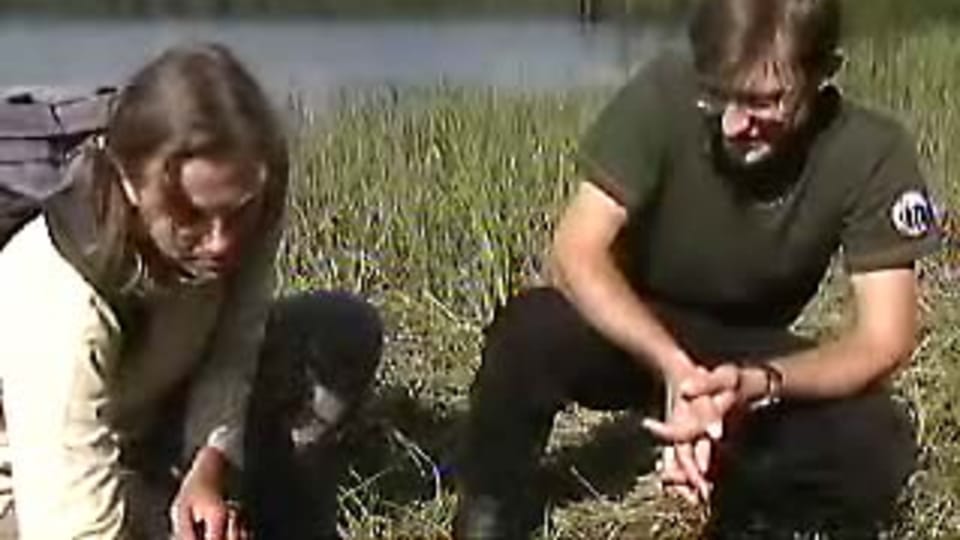 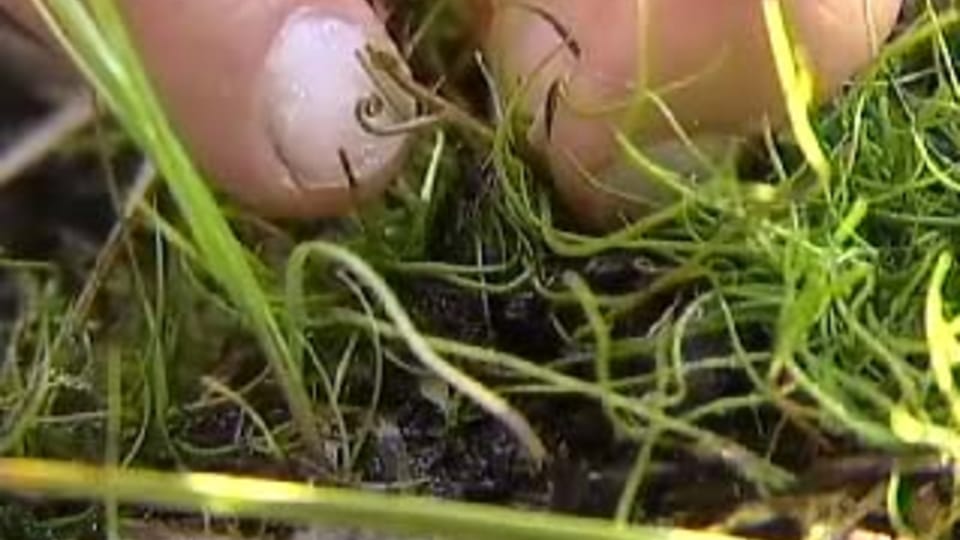 A Czech has given the world a brand new invention! Jaroslav Bejsovec from Most invented the curved toothpick and got a European patent for it. The toothpick is to be officially presented at the Prague Beauty Fair 2007 and the first 100.000 boxes of curved toothpicks are waiting for distribution. Jaroslav says he got the brainwave when he couldn't extract a bit of meat stuck between his teeth. "I broke several toothpicks and realized that what I needed was a curved one for the inner side of my teeth. When I fashioned one from a piece of wire it did the trick right away" Jaroslav told journalists. His Tico toothpicks should soon hit the market and their inventor claims that in a very short time we won't know how we ever managed to do without them.