Jablonex Group presents a new jewellery collection for cats and dogs. Walking sticks have become a fashion accessory, and is your meal taking too long to arrive? Try a brainteaser. Find out more in Magazine with Daniela Lazarova.

Photo: CTK
Last weekend the Apolinarska maternity hospital in Prague reported a record number of newborns. Doctors and nurses were kept on their toes as they delivered 62 babies within 48 hours. The maternity ward was bursting at the seams and soon mothers had to be moved to other wards where extra beds were set up to accommodate them. "We've never seen anything like it, on average a weekend will bring up to ten newborns at the most, and on some there are none at all," the head obstetrician told reporters. It is not clear what was behind the unexpected baby boom, but apparently most of the babies born that weekend were conceived on New Year's Day.

You know how tiresome it can be to wait for your meal to arrive when you are eating out. Some restaurants are better than others but a restaurant owner in Pilsen seems to have found the answer to keeping his customers happy while they wait. He has a collection of some 200 brainteasers and the minute you sit down and place your order the waiter brings round a brainteaser or two, selecting easier ones for kids and more sophisticated ones for adults. "Very few people resist," one of the waiters says. "After a minute or two they reach for them and start fiddling with the pieces. By the time their meal arrives some have a problem setting it aside. In fact some of them can't resist pinching the puzzle they were working on to finish it at home." The owner regularly stocks up on new brainteasers and he says that ever since he got the idea -watching his own kids play with them before dinner - he has not heard any complaints from his customers.

Spicing up your sex life in public places may sound like fun but it is not always advisable. A young couple who decided to act out a rape at 1.30 am on the deserted streets of Chomutov had no idea that they had an audience. The local town hall had recently had cameras installed to increase public safety and prevent pick-pocketing and so it happened that the couple's sex antics appeared on screen at the local police station. Thinking it a real rape the officers jumped into their car and sped to the main square but before they could arrest the perpetrator the young people had jumped into the car and sped off - doubtless in search of some other exotic location. 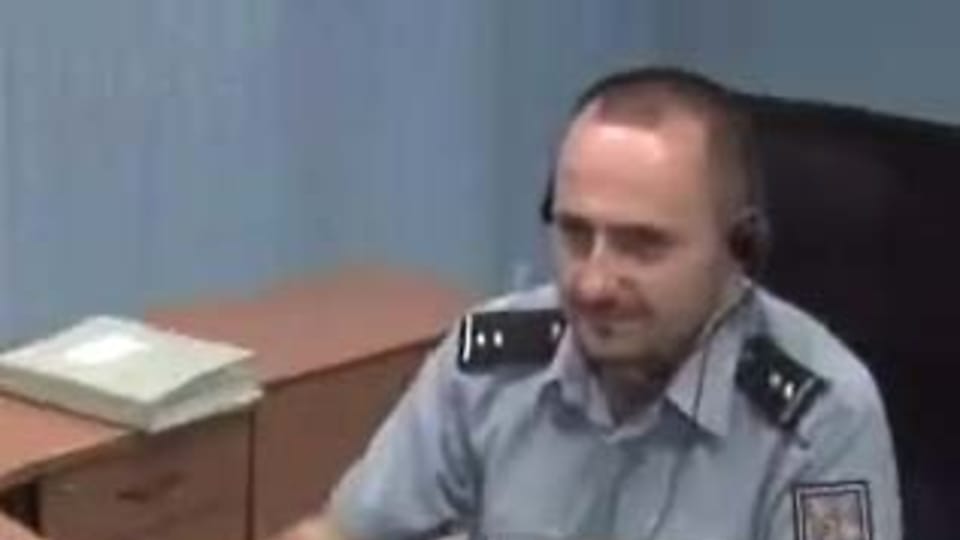 Photo: CTK
Jablonex Group, the biggest producer of crystal glass and jewellery in the country has launched a brand new jewellery collection for cats and dogs. Coral and pearl necklaces, chokers, leashes and jewelled hair-clips will be available at dog and cat salons just before Christmas so you can show your pet just how much you care. Just make sure your wife gets something better because one of these cat and dog necklaces costs one hundred thousand crowns and with all those sapphires and diamonds you don't want the dog to outshine her at social events. Two cats and two dogs have acted as models for the Jablonex catalogue and they all look stunning. The collection's designer says that all the jewellery is animal friendly - anything the cats and dogs tried to tear off was re-designed. So how many Czech pets are going to be flaunting precious stones next year? Jablonex says not that many. Eighty percent of its production is sold abroad and this animal collection was made in response to growing demand from clients in South America, Canada, Germany and France.

The town of Hoslovice in southern Bohemia boasts a rare sight in central Europe - a water mill dating back to the 16th century where time literally appears to have stood still. It has been preserved mainly thanks to its last owners who cut themselves off from civilization and refused to have any modern-day inventions in the place such as running water or electricity. The mill's latest innovation was a gin run by oxen. Although the couple lived there up until 2004 the mill looked like it had come straight out of the 19th century. When the south Bohemian regional authority acquired the property they found milling devices which historians only know from diagrams in old books. The mill is now being restored and will soon become the pride of south Bohemia. Experts say the oldest parts of the mill were made of wood chopped down in 1568. Its roof is made of straw and reeds. If all goes according to plan the mill should be open to visitors early next year. 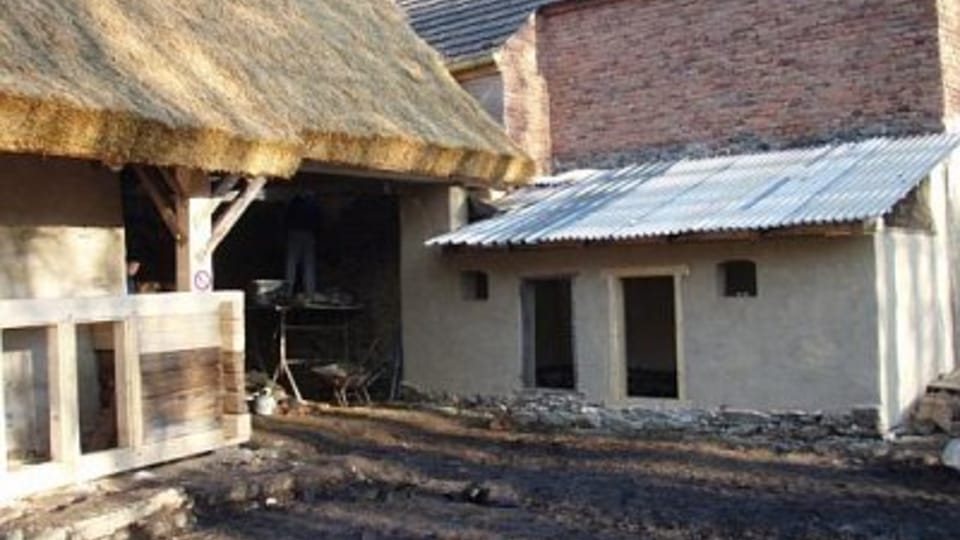 Photo: CTK
Walking sticks have become a fashion accessory. The days when the plain wooden walking stick consigned one to the ranks of the old and disabled are long gone. Today a custom-made walking stick is a matter of style and social standing as it was among the gentry in the years of the First Republic. Firms are once again getting orders for canes that cost tens of thousands of crowns. Made of polished wood, with inlays, gold and silver ornamentation and semi-precious or precious stones these canes are really collectors' items made for swaggering rather than leaning on. The handles are beautifully carved depicting the head of a dog, dragon, eagle or the contours of a woman's body. The Rolling Stones each got one of these exquisite canes when they played in Brno in July of this year. Pavel Tasovsky who designed the canes says he made five copies - four for the Rolling Stones and one for himself. He says people who see his Rolling Stones cane always ask for one for themselves but so far he has refused wanting to keep the Rolling Stones line exclusive. One of his canes cost between 5,000 and 30,000 crowns and often the handles have secret compartments in which one can hide a knife, a scroll of paper or a small bottle. At the height of their popularity in the seventeenth and eighteenth centuries canes contained a vast variety of objects - a dagger, a compass, a watch, a pair of binoculars or a small bottle of whisky. The tradition of walking sticks or canes goes back to the days of the Egyptian pharaoh Tutankhamen. He was buried with 300 walking sticks to use in the after-life. Much later the walking stick was made popular in Europe by French kings. It went out of fashion in the 1930s, some say because getting into a car with a walking stick was no longer practical or elegant.
Photo: CTK
Kamila and Bretislav Holaskovy from the town of Olomouc have managed to assemble the biggest private collection of baby carriages in the country. It all began when they opened a small shop in town. They thought a shop selling baby clothes needed a special touch - an old baby carriage preferably. So they advertised and soon people were offering carriages that had stood in their attics for close to a century. "They were in terrible shape - one even had a nest of mice in it - but they were gorgeous," Kamila told reporters. The first two went into the shop window and then she always promised herself to buy "just this one more", until they had ten, then twenty and eventually 130 baby carriages. The most precious of them date back to the Art Nouveau period but the oldest dates back to 1860. Over the years baby carriages have become their passion. They have learnt to restore them and have now written a book about the history of baby carriages - the result of ten years of study. She is a teacher and her husband is a business consultant - and neither had ever thought they would collect anything in their lives. Just goes to show that you never know what surprises life has in store. Thirty of the best carriages are on show at the Avion Shopping mall in Ostrava up until November 4th.
Author: Daniela Lazarová
tag:
run audio