The garage looks great, but where’s the door? A Czech mountaineer climbs Mount. Kilimanjaro wearing replicas of the shoes used by Otzi the Iceman, and a five year old crashes the family car on an early morning joyride. Find out more in Magazine with Daniela Lazarova.

Václav Klaus and Vlastislav Bříza, photo: CTK
President Klaus was sworn in on Friday and he signed his presidential oath with a real gem – a fountain pen worth one million crowns. The so-called “Presidential line” was produced by the world-famous Kohinoor company which specializes in pens and pencils. The pens are superior in design, made of top quality materials and a nib of solid 18-carat gold. The firm’s representative Martin Doležal said Kohinoor decided to produce a presidential line after the public gaffe at President Klaus’ first swearing-in ceremony five years ago when the pen placed before him at the signing ceremony wouldn’t write and the president had to search his own pockets for a pen. In the days of the Austro-Hungarian Empire Kohinoor used to supply the royal palace in Vienna with pencils and fountain pens, and it later delivered them to the presidential office in the years of the First Republic. “We thought it would be a good idea to return to that tradition,” Kohinoor representative Martin Doležal told journalists. Kohinoor has now produced a presidential line of ten exclusive fountain pens which are reserved for Czech presidents and which they will receive as gifts.

Everyone makes mistakes but sometimes a goof is really hard to cover up or to correct without too many people noticing. The latest joke being bandied around town concerns an expansive underground garage in the city centre which cost 10 million crowns. When it was finally completed a few months ago – someone noticed a minor flaw: what should have been the entry and exit door was walled in. Moreover due to bad planning the garage was at a lower level which meant that if the wall was not there cars would still have to drop one metre twenty to get into the garage. The owner is livid – and several people who can ultimately be held responsible are shaking in their boots.

In the past few weeks the inhabitants of Chropyně were treated to the sight of a rare black swan, when it suddenly appeared among the local population of snow-white birds. The black newcomer appeared happy in his new environment and soon became the village pet with local kids feeding him several times a day. Given the fact that black swans are only found in the Southern Hemisphere, ornithologists expressed doubt that the swan could have got here under his own steam. The mystery was explained two months after the swan’s unexpected arrival. It had escaped from a private owner who brought back a pair of black swans from Indonesia last year. It showed no desire whatsoever to return to life in captivity – but was eventually captured and taken back to his enclosure, to the great disappointment of the locals for whom he’d become something of a mascot. 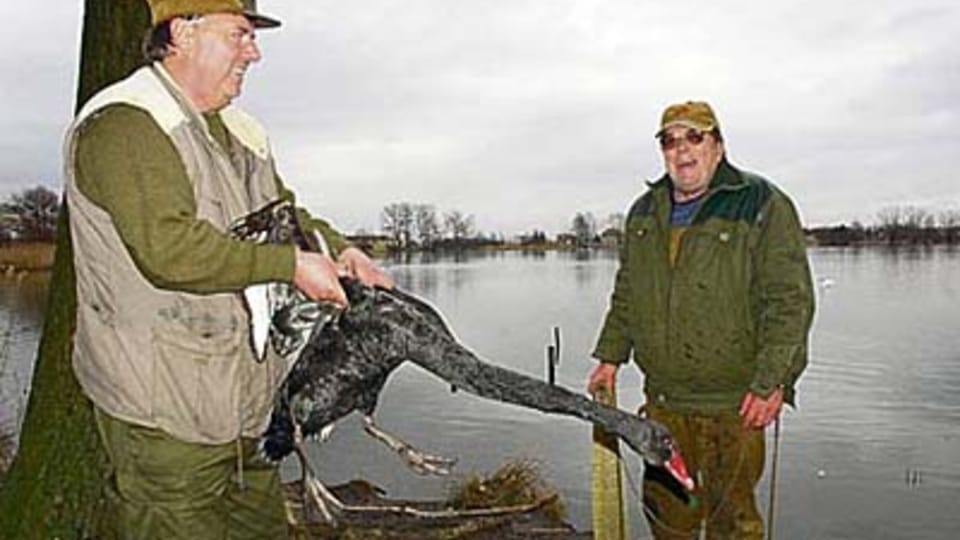 Illustration photo: CTK
The parents of a five-year old boy from the town of Mimoň were shocked to be woken up by an officer at half past one in the morning and told that their son had had an accident with the family car. The parents insisted that their little boy was fast asleep in bed but an ensuing search reveal that both the child and the car were missing. The five-year old woke up in the middle of the night and feeling bored got the spare keys to the car, climbed in and started up the engine. He drove the car for several hundred metres damaging a parked vehicle in the process and eventually crashing into a family house. The owner says she couldn’t believe her eyes when she ran to the window to see what was happening. She saw a little boy in pyjamas climb out from the driver’s seat and watched him physically trying to push the car back from the house which he managed to do since it was on an incline. He then jumped back in and tried to re-start the engine and drive off again, but when that failed, he jumped out and ran off to a nearby park where officers later found him hiding behind a tree. The joyride will cost his parents 100,000 crowns in damages. The town of Mimoň has some of the youngest drivers in the country. Last year an 18-month baby crashed the family car into a house on the main square while his horrified mother watched from the back seat.
Osmany Lafitta (in the middle), photo: CTK
The Cuban-born, Prague-based fashion designer Osman Lafitta likes to show off his collections at unexpected locations – like the main railway station in Prague. But his latest fashion show last week surpassed all expectations – he showed off his new line of slinky evening dresses in a snowstorm the middle of a frozen lake in Štrbské Pleso - a lake settlement in Slovakia’s High Tatras. Members of the audience were bundled up like Eskimos standing throughout the fashion show with an icy wind blowing snow in their faces, but the models strutted out on high heels sporting bare legs and shoulders in the windstorm. People joked about how much weight the ice could take and the models complained that the catwalk was like an ice rink –but all went off without a hitch and the fashion show was hailed a huge success by fashion critics. Lafitta says he had it all under control – although the lake was approximately twenty metres deep where the fashion show took place experts assured him the ice was thick enough to carry ten tanks without a problem. He said the only thing that went awry was the snow storm. “The day before I prayed to God to send me a little snow for effect, but I guess he must have misunderstood me” Lafitta told journalists.

Václav Pátek, photo: CTK
A Czech mountaineer has climbed Mount. Kilimanjaro wearing replicas of the shoes used by Otzi the Iceman – the mummy of a Neolithic man from about 3,300 BC discovered in 1991 in the Austrian Alps. The well-preserved state of the mummy and the tools and objects found in his possession have enabled scientists to piece together a picture of his existence. For example, the style of the copper axe and the copper in Otzi's hair suggest that he smelted copper himself using surprisingly advanced techniques. His shoes were found to have the very qualities shoe-makers strive for today – they were comfortable, well-insulated and allowed the feet to breathe. They had bear-skin soles sown to deer-skin uppers and sides with thin, leather thongs and were stuffed with grass for insulation. Petr Hlaváček, the dean of the Shoe Academy in Zlín was intrigued – and made a perfect replica, taking years to find the same kind of grass used in the original pair. Mountaineer Václav Pátek put them to the test on Kilimanjaro last week and said later it was like climbing the mountain in warm comfy slippers – the dried grass did not prick his soles and when he took the shoes off at the top he did not have a single blister. In some ways at least Otzi’s life was good. 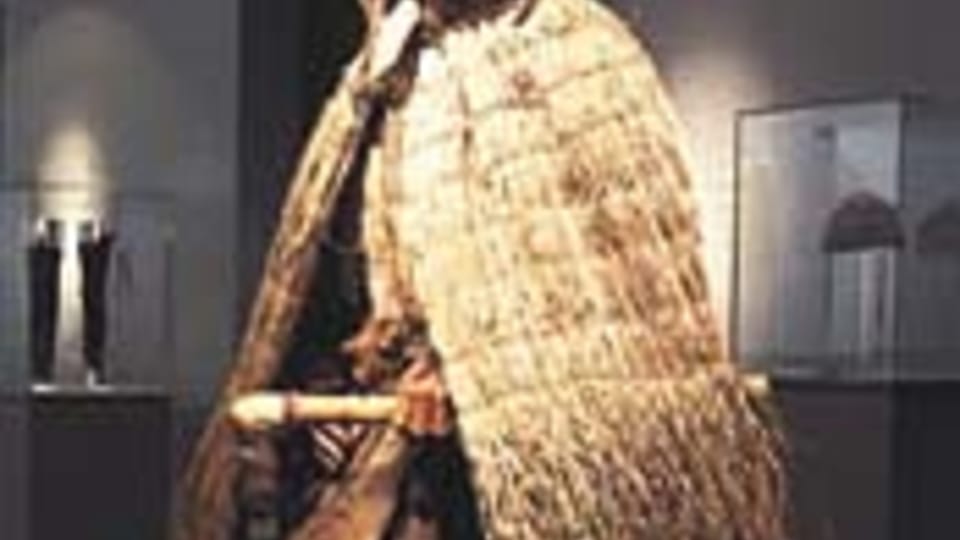