Banished by the communist regime as a bourgeois vegetable, asparagus makes a come-back in the Czech Republic. Fakir Petr Fiedor spends ten days lying on a bed of broken glass and, why is a planned overpass for bears creating animosity in the town of Jablůnkov? Find out more in Magazine with Daniela Lazarova.

Asparagus lovers met on Prague’s Žofín Island on Friday for the 2008 Asparagus Festivities. The fun-event was intended to increase the popularity of asparagus in the Czech Republic and remind Czechs that asparagus has a history in this part of the world. Before it was banished by the communist regime as a bourgeois vegetable it was grown in many Czech gardens and in the 18th and 19th centuries the town of Ivančice near Brno was renowned for its delicious asparagus. The town delivered it to the emperor's table in Vienna and was awarded the title of "chief court supplier of asparagus". Today few Czechs know how to eat it and many have only tasted tinned asparagus. The asparagus festivities on Žofín Island included an asparagus banquet, a fashion show, competitions and even a seminar. Prague’s chefs wowed visitors with their creations producing such unexpected oddities as asparagus cake, asparagus cappuccino and asparagus ragout.

Fakir Petr Fiedor, photo: CTK
Fakir Petr Fiedor has just spent ten days lying on a bed of broken glass, setting a new record in this bizarre discipline. He stopped eating four days before the experiment started and had a minimal fluid intake, loosing 12 kilos in the course of a fortnight. Although a heavy smoker, he managed without a single cigarette, saying he wanted to show people the power of meditation. There is no-one in the Czech Republic who can challenge him in this respect although there are plenty of strongmen who wow the crowd by towing a car or even a train engine by their little finger or even the skin on their back. Fiedor says he will participate in this year’s summer festival of records and curiosities with a spectacular piece of his own – he wants to tow a car by a rope which is tied to barbed wire wound around his neck.

Although the Czech Republic’s smoking legislation is still considered one of the most benevolent in Europe some heavy smokers have turned to electronic cigarettes to use in places where smoking is strictly banned, such as offices and on long plane flights. Originally made to help smokers kick the habit, the battery-powered cigarette has a replaceable cartridge containing water, nicotine and scent that emulates a tobacco flavor. When “lit” it releases simulated smoke that is actually a vapor mist that harmlessly evaporates into the air within a few seconds. Although many smokers scoff at this electronic gadget saying that it takes all the pleasure out of smoking – the sale of electronic cigarettes is on the rise in the Czech Republic. Not only are they cheaper than regular cigarettes but in some circumstances they are the only way to have a smoke here-and-now.

Czech scientists have invented an “age” suit that is capable of turning a vital 19 year old into an unsteady, hard-of-hearing, elderly person, who finds the fast pace of life around them scary and confusing. Why would anyone want to undergo such a change prematurely? The answer is simple – in order to get a taste of what infirmity in old age is like and be able to care for the elderly in a sympathetic and helpful manner. Secondary schools for nurses are now using these suits with precisely that in mind. The suit does not require super-modern technology – merely a clever set of weights and restrictions which change your posture, decrease your sense of balance and restrict your movement. Ear plugs and special glasses reduce your hearing and worsen your eyesight. Teachers at medical schools say that a few minutes spent in the suit gives students a better idea of what the elderly need and how they must feel than any number of lectures. Though, of course, everyone is extremely glad to get out of it when their turn is over. Pity one can’t do the same in old age.

European brown bear
The Czech Environment Ministry has raised the ire of people from a town near the Czech-Slovak border by announcing that it had secured half a billion crowns to build an overpass for bears over the motorway leading to Slovakia, because Slovak bears are allegedly crossing over to the Czech Republic and have no place to cross the road. The inhabitants of Jablunkov say that no bears have been sighted in the region for thirty years and the idea of spending such a staggering sum on a bridge for bears was crazy when people had no place to cross the road either. Their arguments might sound petty were it not for the fact that in the past year 14 people have been hit crossing the road, three of them killed on the spot. Since the municipality lacks the funds for an overpass for people – and there are no bears in the vicinity – maybe the people of Jablunkov could use the overpass for bears when no-one is looking. I am sure the bears would have no objections. 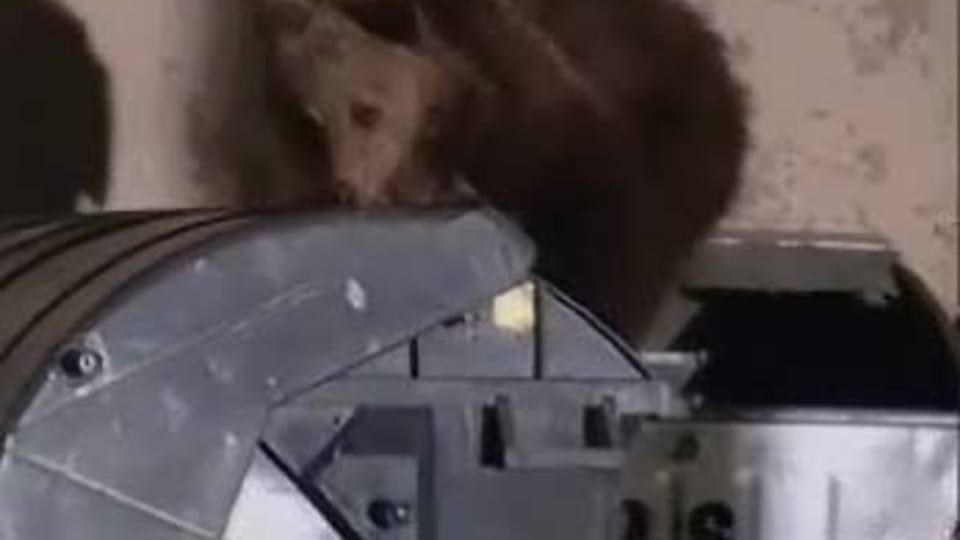