Two Czech woodcarvers are making a nativity scene for the Pope. Hate waiting at airports? Prague’s Ruzyne Airport offers passengers an exhibition of modern art on the premises! And, a small village in north Bohemia gets its own astronomical clock. Find out more in Magazine with Daniela Lazarova

Many grown men have a passion for toy trains. Bernard Mišun from Leskovec has more than a passion. He is utterly obsessed with trains and has just fulfilled his childhood dream of one day building a small, fully functional train engine. The engine is a perfect copy of a locomotive used by Czechoslovak Railways in the 1960s – only somewhat smaller – having been built on a 1:6 ratio. The engine is 1 meter 60 centimeters high, weighs a surprising 200 kilos and runs on a diesel motor taken from a lawnmower. Bernard, who spent three years building it in his backyard, wowed the local kids with it on the town’s main square last weekend. Although the engine is now perfect, his work is far from over. He plans to build a model railway station in the garden of his house. No prizes for guessing that he is – indeed – single. 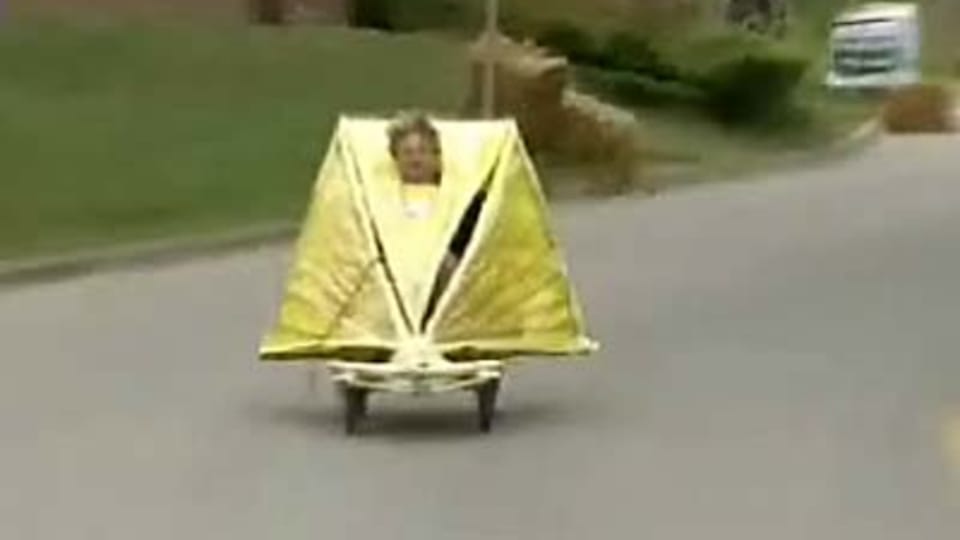 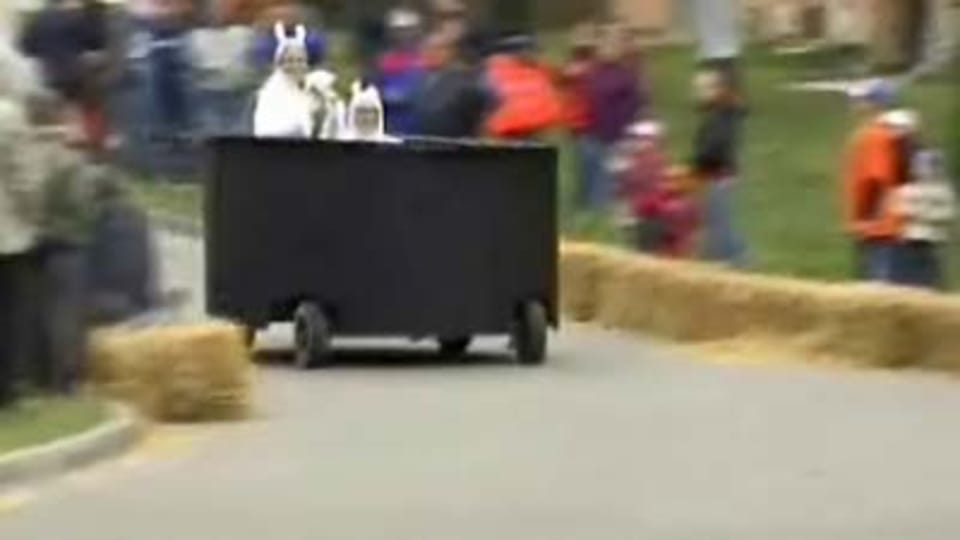 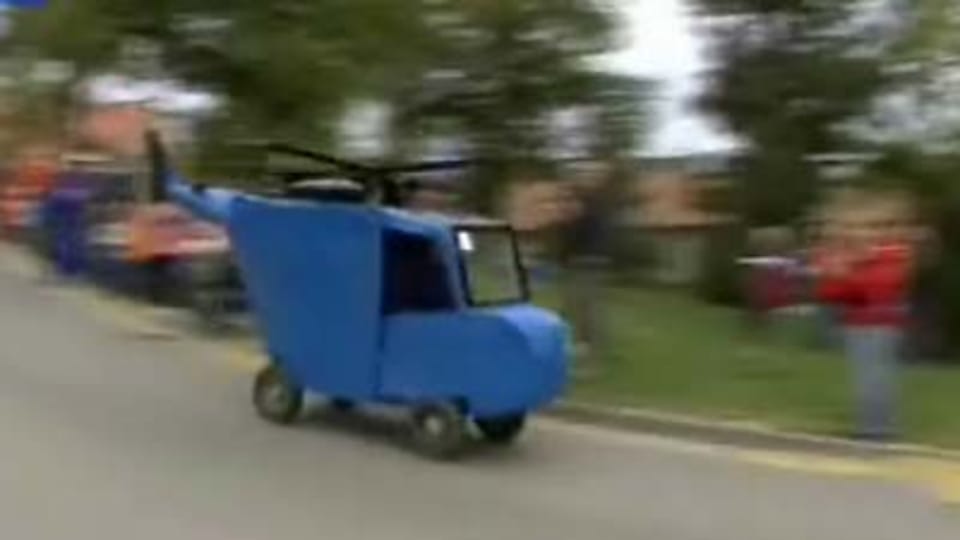 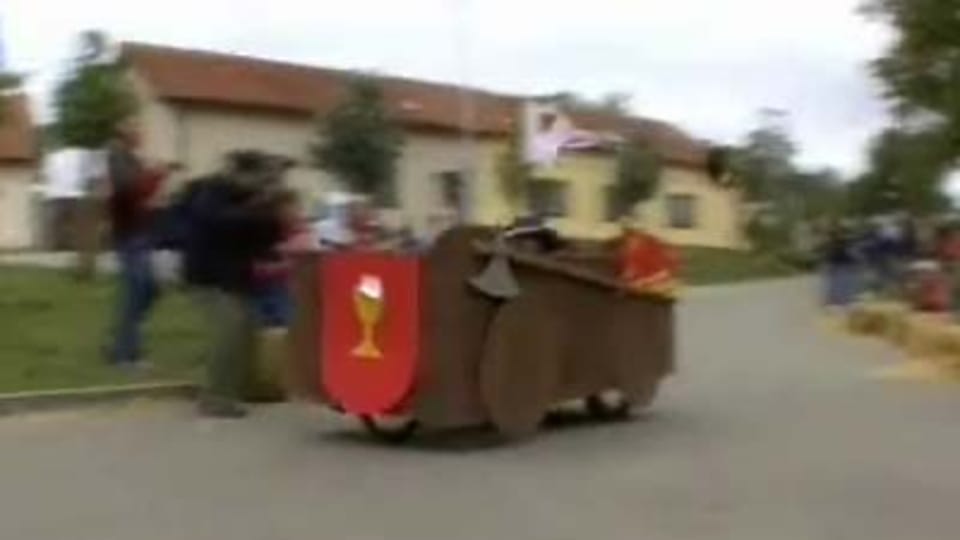 The town of Šlapanice near Brno annually organizes a rally of home-made-vehicles – a road show of mobile helicopters, ships, beds and top-hats as well as other crazy looking contraptions that come in all shapes and sizes. The event has become exceedingly popular and each year young people from near and far spend hours putting together “something on wheels”, using anything suitable they come across in the cellar or attic. The three or four wheelers, made from old tricycles or baby carriages race down-hill, often coming apart before they reach the finish line. No prizes of any significance - the important thing is to have fun and get noticed. The best vehicles always make the prime time evening news. 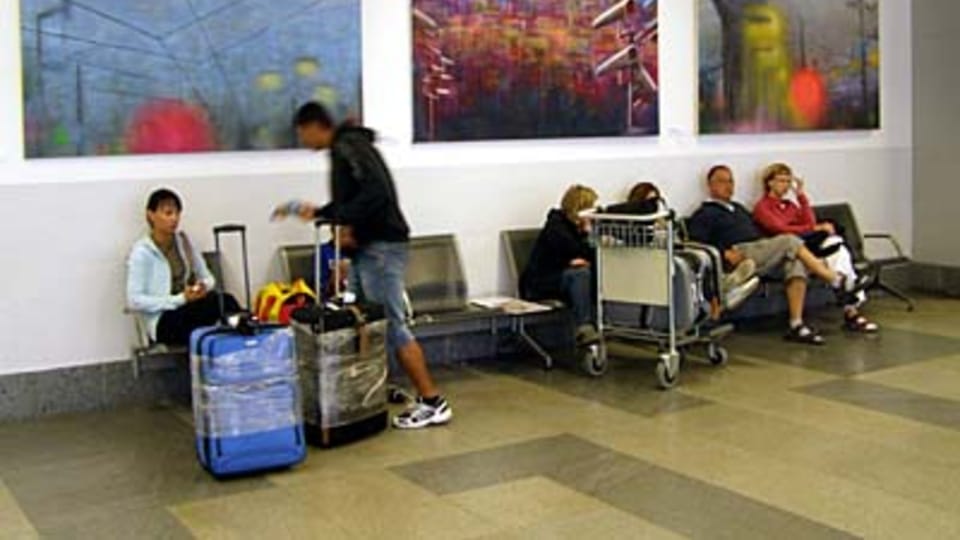 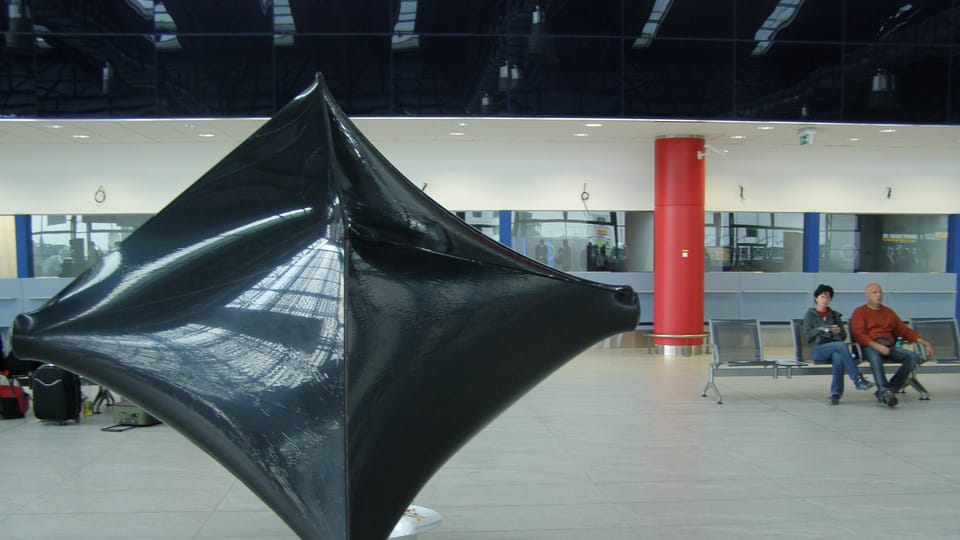 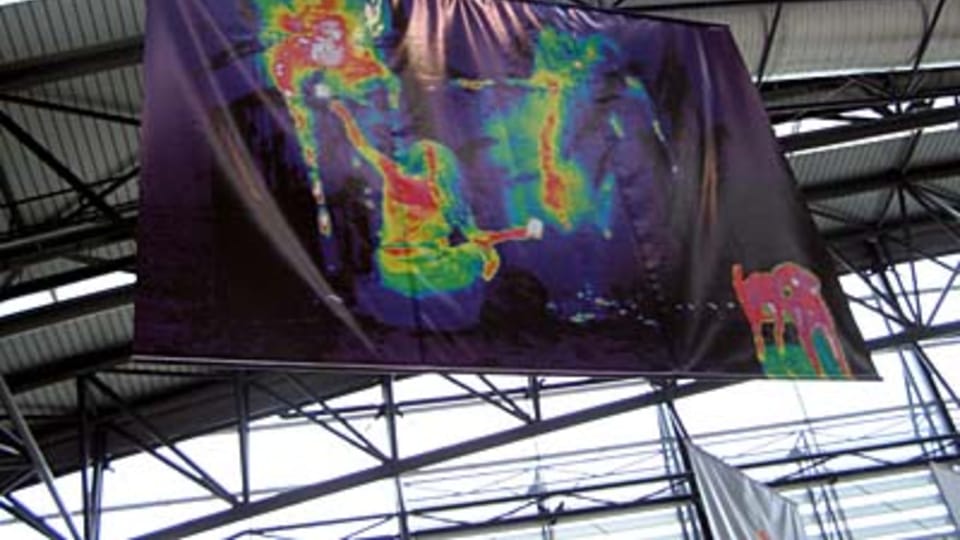 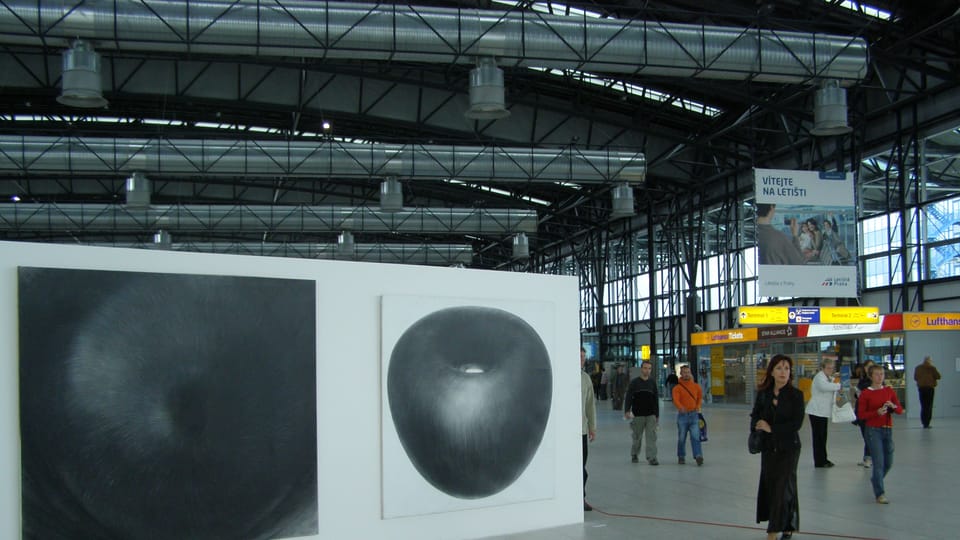 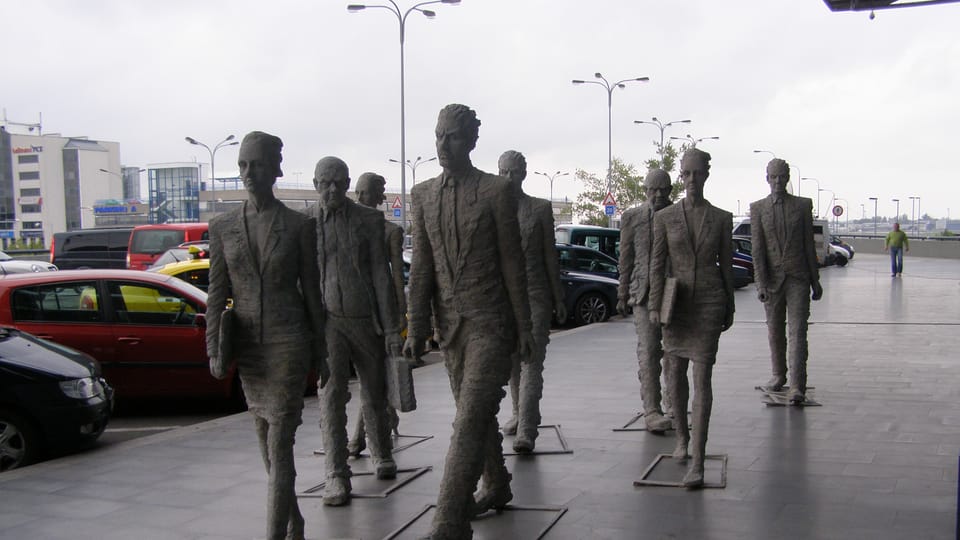 Waiting for your plane can be a tedious business – but not at Prague’s main international airport. At least, not right now. In cooperation with the airport’s management a group of twenty-five young artists have organized an exhibition of modern art on the airport’s premises. So whether you are standing in Arrivals or Departures there is always something to look at – or to pose next to for a holiday snapshot. There are statues, paintings and photographs wherever you turn and with 500,000 people passing through the airport each day it is definitely the most visited gallery in Prague. (If that has piqued your curiosity then I should add that the exhibition of modern art will be there until the end of this year.)

Nativity scenes are extremely popular in the Czech Republic and are considered an essential part of the Christmas festivities. There are dozens to choose from on the market – made of paper, glass, wood, clay or straw. Almost all of them are hand made and each piece is original. However the most prized are those handed down from one generation to the next or those made over many years by local artists and exhibited at the village or town museum. In some cases these local artists carve real life figures from the village - the schoolteacher, postmistress, butcher and so on. Clearly the fame of Czech nativity scenes has traveled far and wide because two woodcarvers from the Šumava mountain region have been commissioned to make a nativity scene for the Pope. Pavel Svoboda and Karel Tittl, who have made dozens of nativity scenes, among them a big one for the Šusice museum, consider it a huge honour – especially since they will be able to hand over the finished nativity scene to the Pope in person on December 17 of this year. The nativity scene is being made of linden wood, painted with special home-made paints and should have 30 figures in all. Anyone who wishes to view this special gift to the Pope in person will be able to admire it at the Šusice museum in the second half of October.

The astronomical clock in Kryštofovo Udolí, photo: Hadonos, CC BY-SA 3.0 Unported
And, speaking of woodcarving, the Czech Republic is clearly full of wood carvers, because last week Kryštofovo Udolí - a sleepy, picturesque village in north Bohemia got its own astronomical clock – the third in the Czech Republic after Prague and Olomouc. The one in Kryštofovo Udolí is naturally a more modest undertaking, but no less charming for that. The astronomical clock is actually installed in what used to be an old disused substation and it took 40 people two years to turn it into a charming clock-tower. On the hour a wood-carved figure of a night watchman blows his trumpet and a procession of twelve apostles appears in two windows – the entire show taking two and a half minutes. Seven hundred people, including Senate Chairman Přemysl Sobotka, attended the clock’s official launch this week and it is already drawing many tourists to the once sleepy, out-of-the-way village. It’s an age old story – men grumble about how much their wives spend. But many Czech men shivered with horror this week when commercial TV Nova reported on a recent case from the police files. The body parts of a young man were found in several plastic bags in a forest. Police thought it might have been the work of the mafia with several men involved in the gruesome murder. In reality, things were very different. The man had been killed in his sleep by his young wife who first hit him over the head with a rolling pin before repeatedly stabbing him in the back with a knife and eventually cutting up the body into smaller pieces to better dispose of it. And the motive? He had spent the evening complaining bitterly about how much money she spent on clothes….
Author: Daniela Lazarová
tag:
run audio