Petr Vidner has a life-long fascination with steam locomotives. While most of his childhood friends packed up their miniature trains sets years ago, Petr transformed his hobby into bigger and better things -he built the second largest mini-train railway in the country. Ten years on, his home in Skalsko attracts visitors from far and wide.

Petr Vidner, photo: Eva Turečková
“I was fascinated with the idea of building a mini-train railway since I first saw one in England some twenty years ago. I couldn’t tear myself away from it and I thought this is something I would really love to build. But it was a pipe dream until I bought a house with a big garden.”

This was fifteen years ago and Petr Vidner spent the next five years transforming the grounds into a landscape which would serve as a perfect setting for his steam railway. The 100-year-old oak tree on the grounds was a perfect landmark, and Petr went about creating a copy of a miniature landscape: a cluster of fir trees, shrubs, a small lake with a rail bridge. Although he is a dentist by profession he refused to leave the joy of creating his wonderland to a garden architect carefully planning every detail himself with ample help from friends and neighbours. He is particularly proud of the rail bridge.

“That was my idea. The railway must sit naturally in the surrounding environment, not dominate it. I did not want to just have a railway in the garden, but for it to be placed in a real-life setting. And with a railway you immediately think of a bridge and a tunnel. I knew that a tunnel was out of the question, because it would have completely ruined the garden, but I thought I had a good chance with a miniature lake and railway bridge – and I was right. So there’s the lake and five-metre long bridge leading over it.” 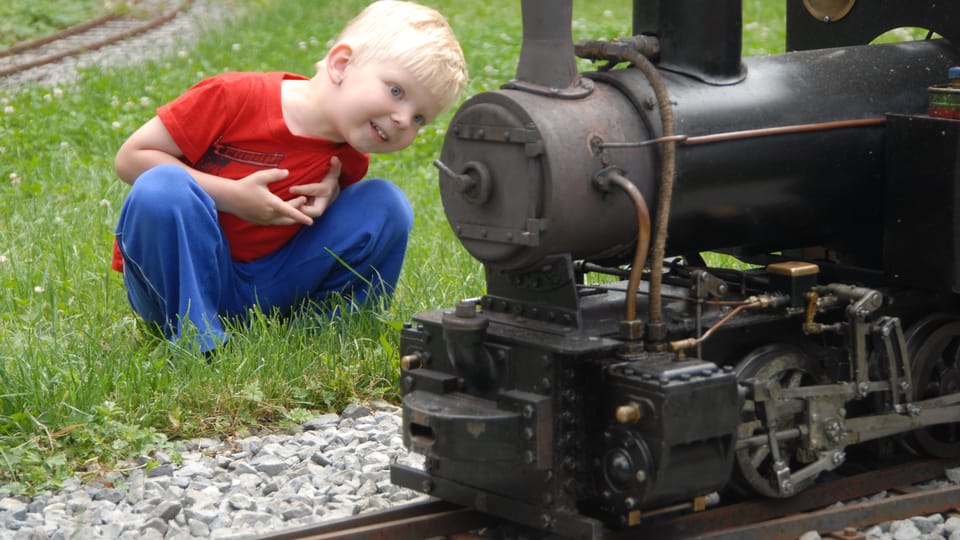 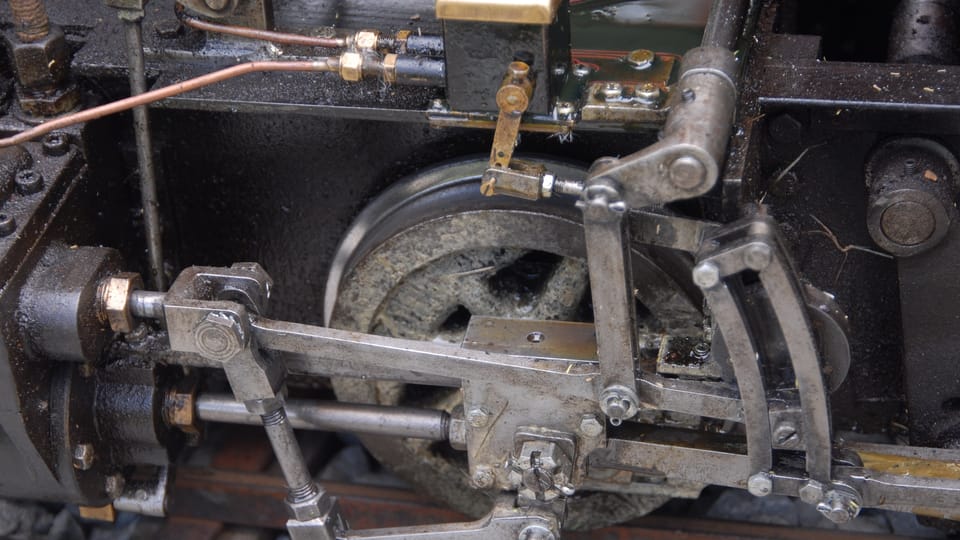 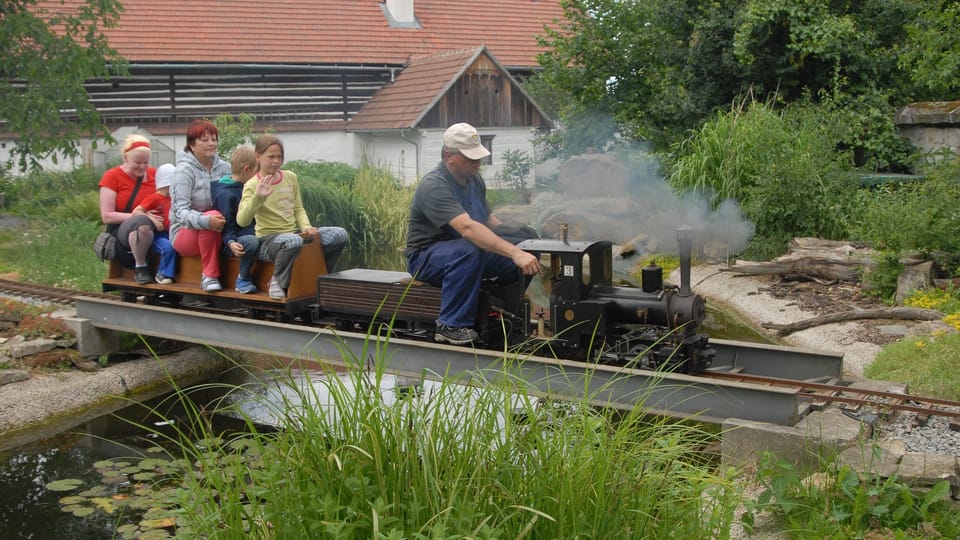 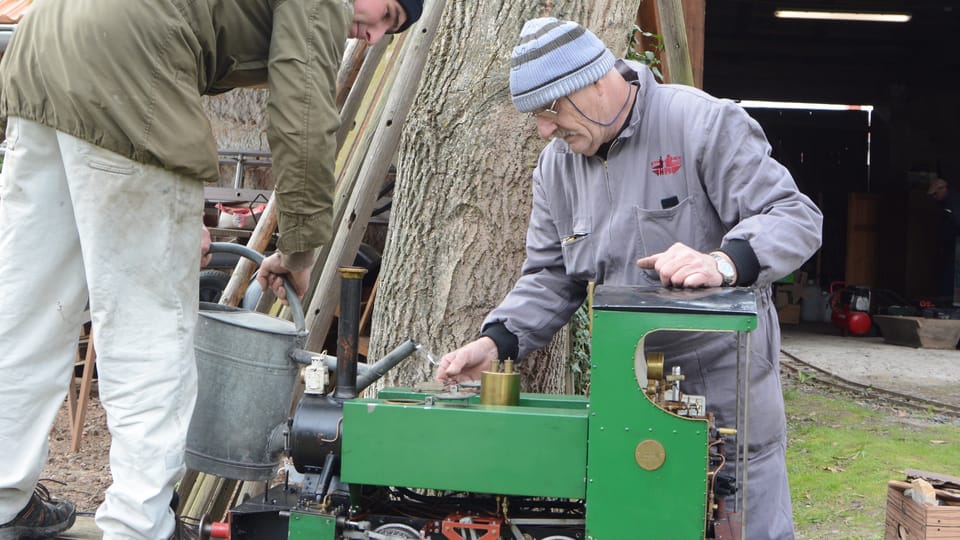 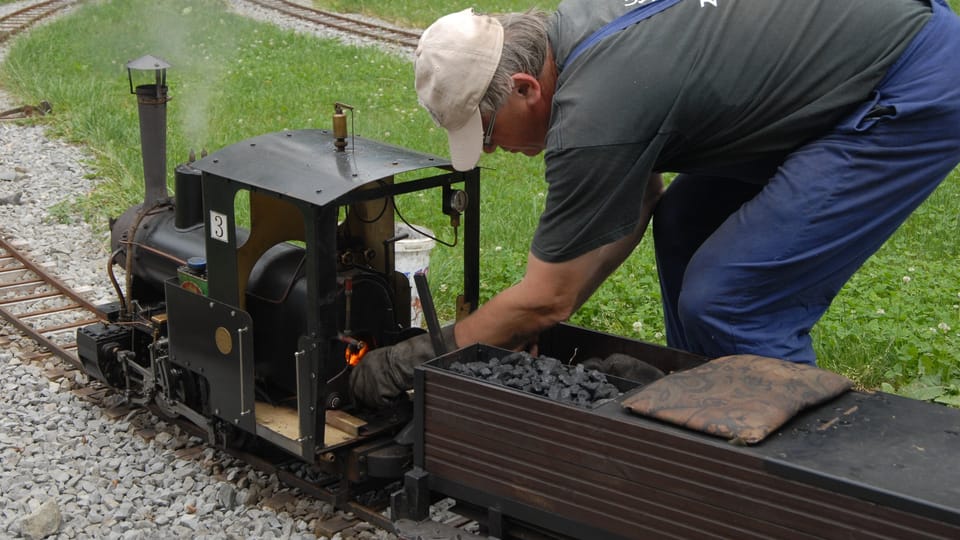 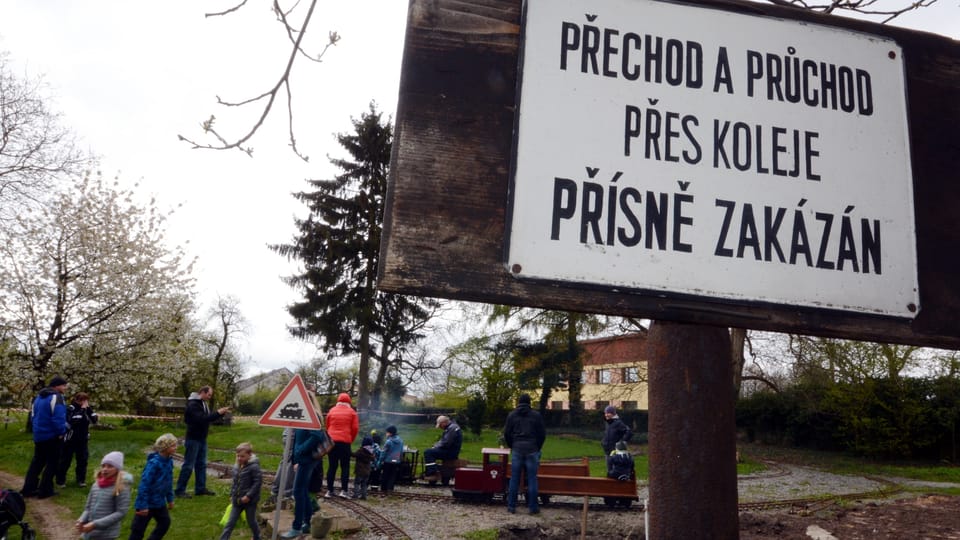 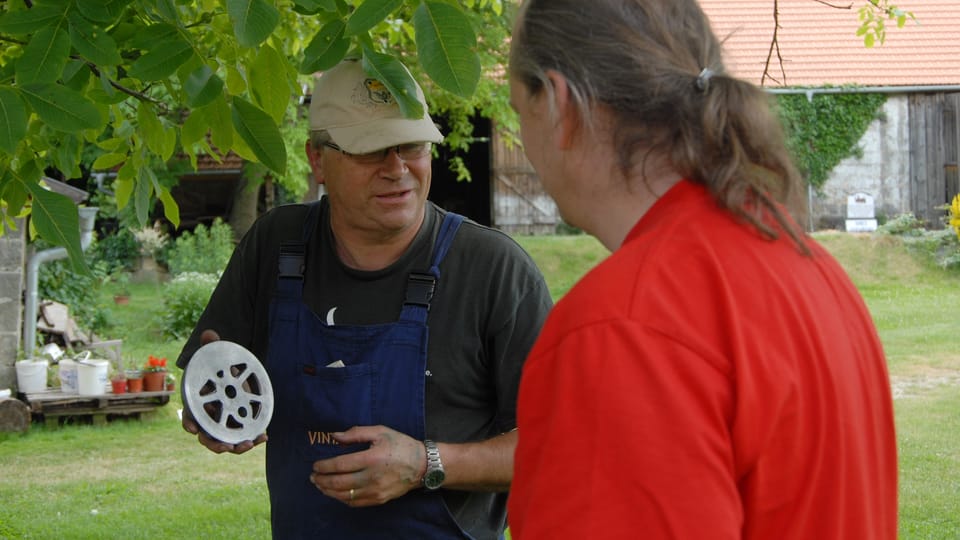 Today the rail track is 500 meters long – and a mini-train ride takes two circles around the premises. After years of work and huge expenditures that he doesn’t even want to think about Petr Vidner boasts two miniature steam powered locomotives, an electric powered one and three wagons that can carry three adults and four children.

“I am a steam power enthusiast at heart and the goal was to build steam engine locomotives, but for practical reasons, so that we could start offering train rides, I and a few friends and neighbors built an electric powered locomotive in our free time. It took us a month to build one. My first mini steam engine I bought second hand in Austria and the second steam powered locomotive I constructed and built myself with the help of friends.”

“A steam powered locomotive feels like a living thing – you watch it huff and puff and come alive.”

Although the electric powered locomotive, which is 1.5 meters long and weighs over 100 kilos, is still in excellent shape and running well, it is the steam powered train that children love to ride. Powering it up takes half an hour but Petr says that watching him feed it with firewood and seeing smoke belching from the chimney is all part of the magic of steam power.

“The steam engine is mechanism where you can see with your own eyes how the power is created -from fire and water. A steam powered locomotive feels like a living thing – you watch it huff and puff and come alive.”

Petr Vidner’s steam train rides have become a major attraction and the family is never short of visitors. Petr says that his wife is extremely supportive of his hobby, although he jokes that initially there was a big dispute over a vegetable patch and rail-track which was successfully resolved. Mrs. Vidnerová says that, even ten years on, steam power is not her cup of tea.

“Well, I can’t say that this is a shared hobby. I am not a technical buff. But I try to support my husband by letting him do what makes him happy and I cook for the crowd and take care of logistics. Look at it this way –he has no vices – he doesn’t drink, he doesn’t smoke, he is simply passionate about steam trains. Moreover it is an unusual hobby and in a way I am proud of him.“

Photo: Eva Turečková
An unusual hobby it may be, but there are other steam train enthusiasts around the country and many throughout Europe. Petr Vidner says that all the enthusiasts who construct and run mini steam engines observe European norms, which has the advantage that they can take part in domestic and international shows and events or buy spare parts or locomotives second-hand for their home railway.

“Once a year there is an international event in Karlsruhe, and I attend that regularly. Not with my trains, not yet, but I go for inspiration and buy some parts for the railway that it would be difficult for me to produce. There are firms specializing in these mini train and track components in Switzerland, Great Britain, Germany, and now France as well. So going there is always great.”

The Skalsko garden railway, located not far from the town of Mladá Boleslav, north of Prague, is not open to the public permanently. However visits can be arranged with the owner via email or phone and weather allowing he spends most weekends sharing his passion for the steam age with the public.