Czech dogs discover tail-wagging beer! Who makes the best dumplings in the country? And, "Goebbels' snout" is on display in Prague – within an exhibition of vintage radios, phonographs and telephones. Find out more in Magazine with Daniela Lazarova.

Czech dogs have gone up in life. After years of watching their masters enjoying a pint – they are finally able to join them. A brew called Kvispelbier or “tail-wagging beer” from Holland recently appeared on the Czech market and it is selling like hot cakes. The first pet shops to order it said it was gone within twenty-four hours and the interest is so big that it is now available in most stores around the country. Man has found a new drinking buddy – and man’s best friend is only too happy to oblige. Kvispelbier is made according to the traditional brewing process and contains malt barley extract although the main flavour is a meaty one, so there is little chance of dog and master getting their bottles mixed up while watching a football game on television. Czechs top the world ladder of beer drinkers and it will be interesting to see if Czech dogs drink their way to world primacy as well.
Photo: CTK
Very few visitors to the Czech Republic leave without tasting “knedlíky” or dumplings – a cornerstone of Czech cuisine. Although dumplings are popular elsewhere in Europe – for instance in Austria and Germany – they taste slightly different everywhere, and even in the Czech Republic there are regional specifics. There are potato dumplings and flour dumplings made with bits of white bread roll, there are sweet dumplings made with cottage cheese and there are so called “hairy” dumplings filled with pork dripping. Whether they are a side-dish or a main course, making them is an art and the very best dumplings are either home-made or you can get them at the most expensive restaurants. Last week 14 Czech chefs from around the country competed in the art of making dumplings and the jury was made up of high-profile politicians, scientists and journalists, including Czech Foreign Minister Karel Schwarzenberg and senator Jiří Dienstbier – a line–up that shows just how important dumplings are to us Czechs. According to chef Martin Křesina a proper dumpling must be “fluffy and soft, ready to soak up gravy and melt in the mouth” – a far cry from what you get served in many Czech pubs which order factory-made dumplings that they warm up in a microwave. The 20 members of the jury were given a sample from each chef – and asked to taste it dry ( ie-without any gravy ) so that they could better assess its smell, taste and texture and they did so with a flourish that many a wine-taster might envy. And, in case you want to know who makes the best dumplings in the country – it’s one Jakub Chýna from Prague’s Intercontinental Hotel.

And staying on the subject of Czech culinary tradition – the legendary Prague coffee shop Myšák in Vodičková street opened with great fanfare recently. The coffee shop was originally set up by a well-known Czech pastry chef by the name of Frantisek Myšak, who bought the neo-Renaissance building in Vodicková and commissioned Josef Čapek – an internationally renowned architect – to re-design the interior in art deco and rococo style. The coffee shop housed on three floors of the building guaranteed top quality coffee and desserts and its air of affluence soon brought in the crème de la crème of Czech society. It was frequented by well-known film actors such as Oldřich Nový, opera diva Ema Destin and even president Tomas G. Masaryk. Although the communists, who came to power in 1948, publicly railed against private businesses, affluence and exclusivity, the country’s first communist president Klement Gottwald is said to have secretly ordered pastries and desserts for Prague Castle from the Myšák coffee shop. Clearly he’d developed a taste for the good things in life. Now the coffee shop promises to bring back all that – offering top-quality food in elegant surroundings – with impeccable service, not something you can take for granted even in Prague’s better restaurants. The menu offers many of the popular delicacies made here in the years of the First Republic – heavy cream and chocolate desserts, lighter fruit-based deserts and twenty brands of mouth-watering ice-cream made according to recipes specially developed for the coffee shop in the 1930s. Definitely a place to visit for anyone with a sweet tooth. 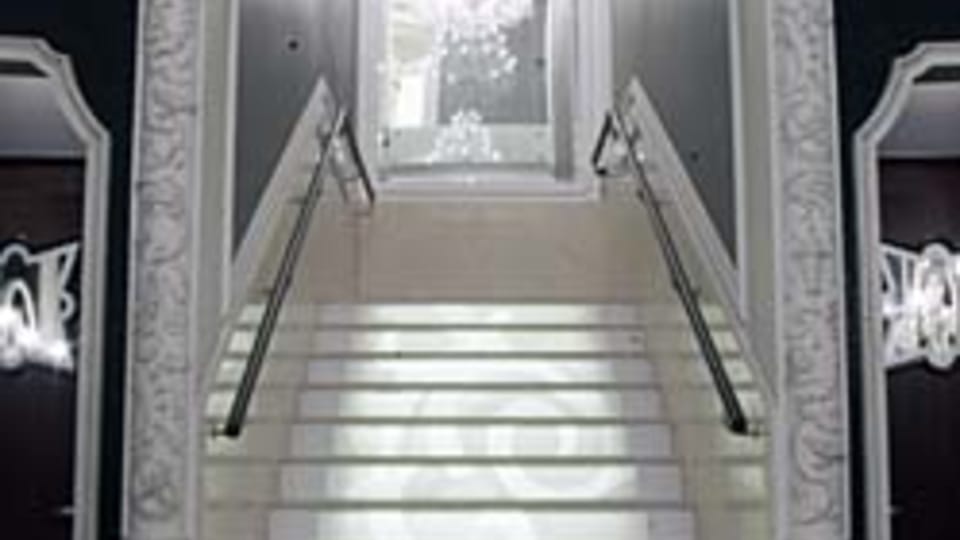 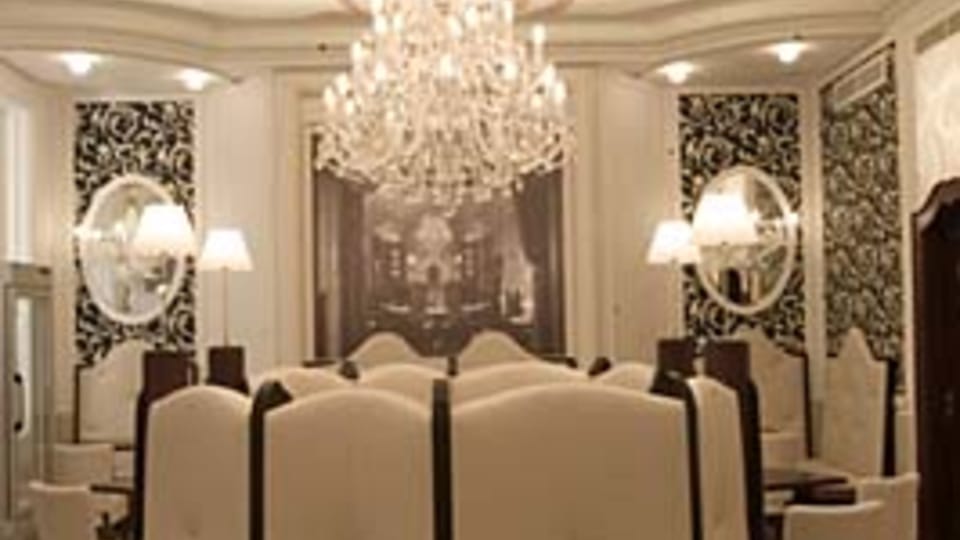 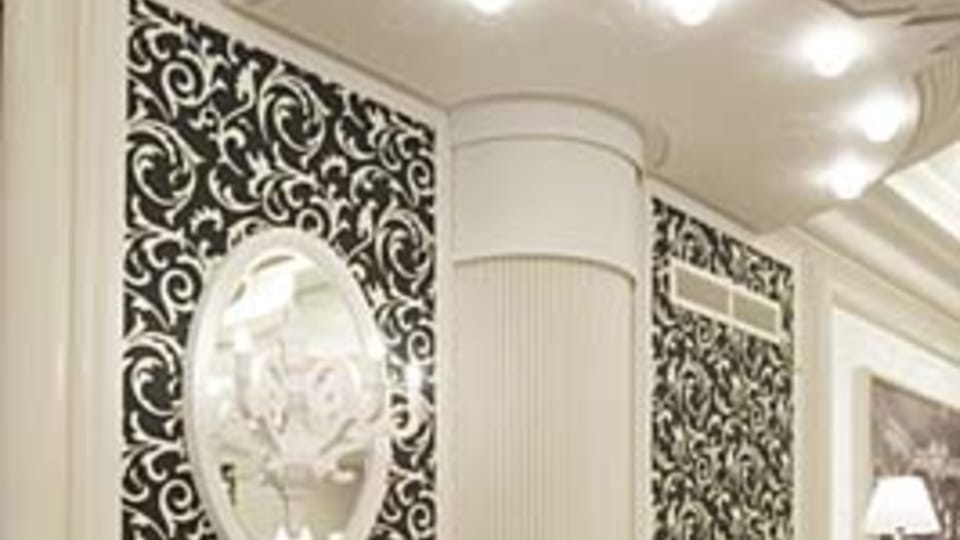 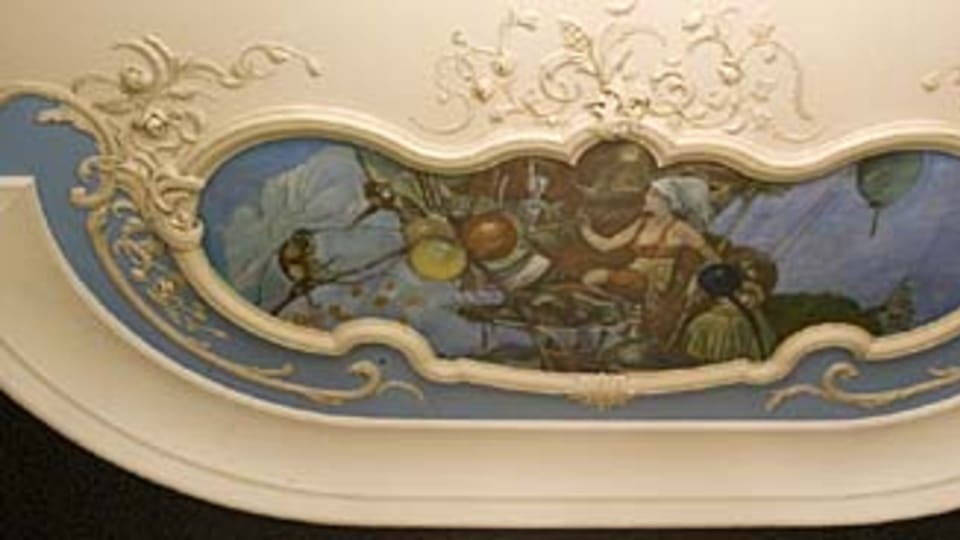 Photo: CTK
Anyone interested in vintage radios, old gramophone players and telephones should not miss an exhibition that has just opened in the Atrium Gallery on Karlovo náměstí in Prague. Called “Tune in to the Old Waves”, it offers visitors a priceless collection of vintage radios from the very first serially-made American radio receiver Atwater Kent 10C dating back to 1924. It was sold in pieces and had to be assembled at home – a process that took approximately four hours if you knew how to go about it. There are crystal sets, table top wood radios and wooden consoles, plastic radios and the first transistors. There is a fine example of the The Volksempfänger (German for "People's receiver") range of radio receivers developed at the request of Nazi propaganda chief Joseph Goebbels. The purpose of the Volksempfänger range was to make radio reception technology affordable to the general public since Goebbels realized the great propaganda potential of radio and considered widespread availability of receivers highly important. The piece on display is the DKE38 model dubbed Goebbels-Schnauze - "Goebbels' snout" - by the general public. There are also vintage telephones – from Edison’s phonograph, through the vintage telephones with separate ear and mouth pieces and wooden box telephones that had to be mounted on a wall. There are gramophones and phonographs and the old vinyl records that some of us remember. The 300 items on display come from private collections and are beautifully maintained, many of them fully functional. They have never before been shown to the public. If that sounds tempting – the exhibition is on at the Atrium Gallery until the end of January 2009.