As temperatures drop even Prague’s statues are bundling up, former US secretary of state Madeleine Albright was in Prague this week for the launch of her book Read My Pins: Stories from a Diplomat's Jewel Box and, a man wins three quarters of a million on the outcome of the senate elections. Find out more in Magazine with Daniela Lazarová.

Photo: www.prevleknise.cz
With the weather taking a turn for the worse, it seemed understandable that a dozen or so Prague statues were seen to be wearing shirts and T-shirts last week. David Černý’s crawling babies, the poet Karel Hynek Mácha on Petřín Hill and the girl with the dove on Naměstí Míru were among those sporting shirts made to measure. The group of young designers who dressed them up said it was just another form of street art intended to liven up Prague’s streets, but later it came out that the idea to dress the city’s statues had come from an unnamed clothes company out to get some free publicity - and the statues had to take it all off. 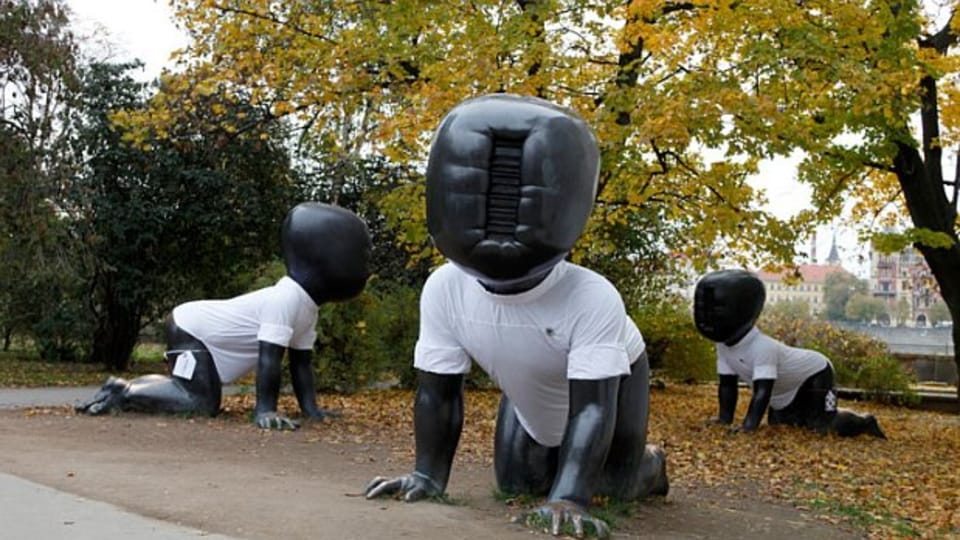 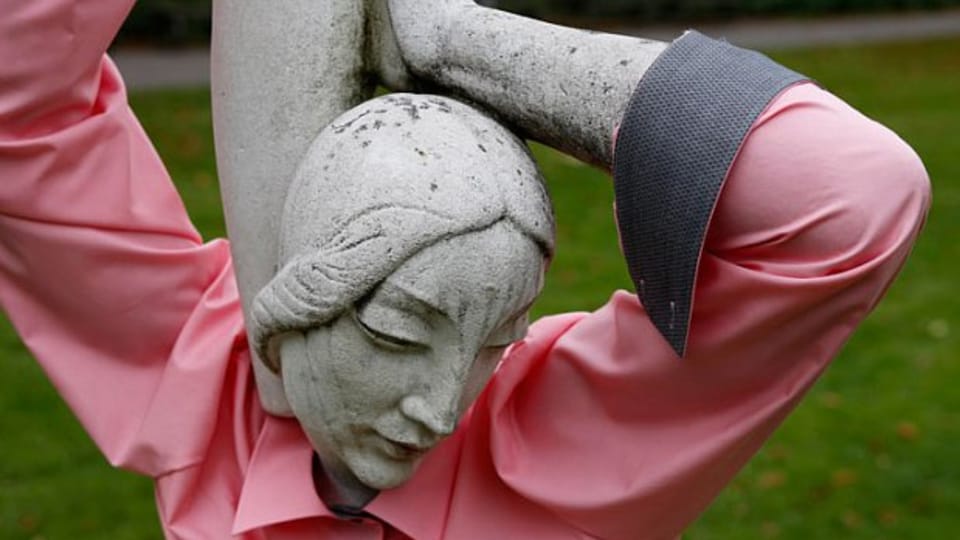 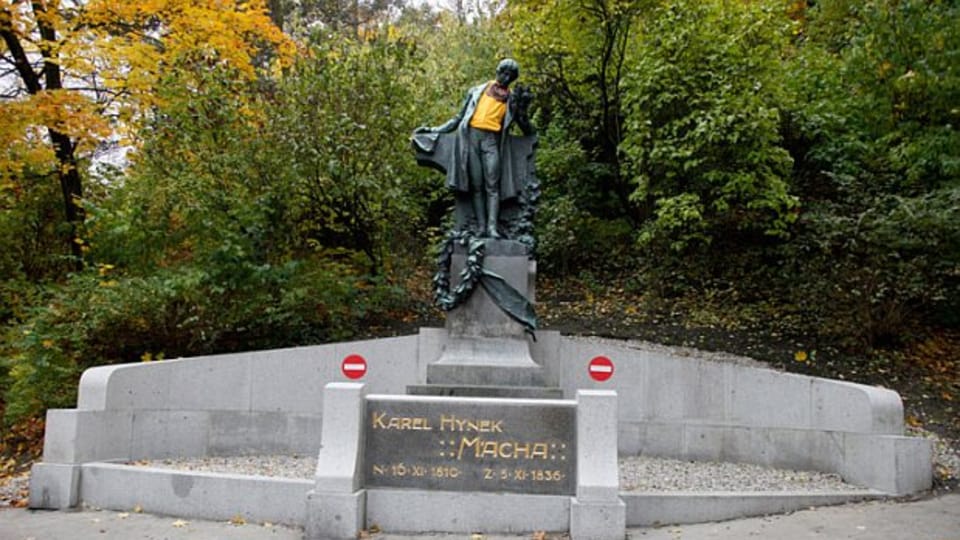 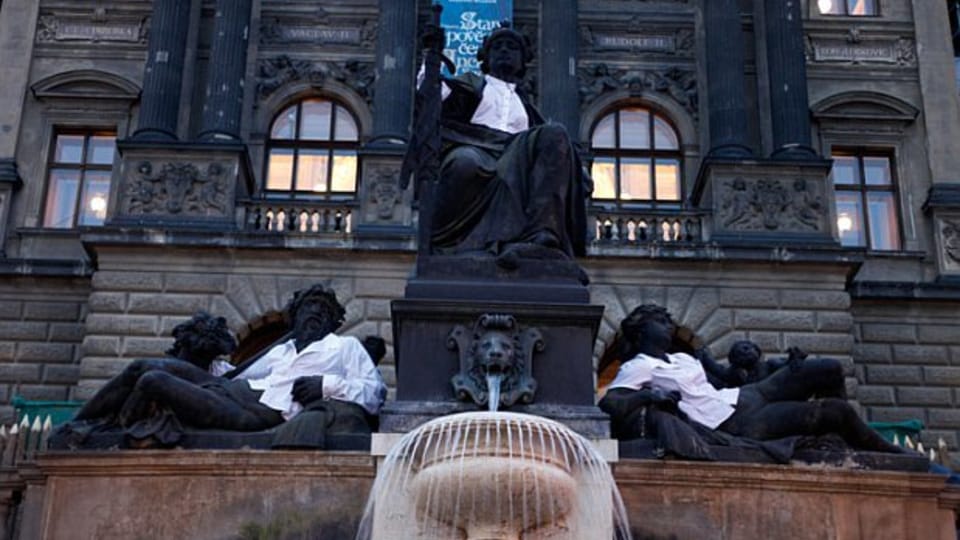 Photo: CTK
Meanwhile, the Czech hat producer Tonak has been turning heads elsewhere –at the Millionaire Fair in Moscow. Tonak was the only Czech firm represented at the fair for Russia’s nouveau riche and did its best to convince potential clients that a hat from Nový Jičín maketh the man –and lady – along with fast cars, diamonds and fur coats, of course. The price of one of these exclusive hand-made creations starts at around 1,000 euros –and of course a real lady needs at least a dozen for different social occasions.

Illustrative photo: CTK
Social Democrat faces but no one smiled more broadly than the man who placed a bet on the outcome and won three quarters of a million crowns. The man says that he long ago stopped getting het up about politics and instead goes for clinical observation and analysis – making sure that no matter’s whose at the helm his interest in politics pays off. Like a trouper he predicted the outcome of 27 contests correctly – and smiled all the way to the bank in spite of the government’s austerity plans.

The Czech master of ceremony and etiquette Ladislav Špaček, who has

Ladislav Špaček, photo: CTK
spent years drilling Czechs in proper decorum, has created a new table game based on etiquette. In it players gradually climb the social ladder starting out as absolute bumpkins and moving on to assistant, head of office, manager and eventually –ambassador whose trial by fire is being received by the Queen of England. Ladislav Špaček, originally a TV broadcaster, went on to become president Havel’s spokesman serving in the post between 1992 and 2003. He travelled with the former president and was able to test his knowledge of protocol and etiquette in countries the world over.

Former US secretary of state Madelaine Albright was in Prague this week for the launch of her book Read My Pins: Stories from a Diplomat's Jewel

Madelaine Albright, photo: CTK
Box, whose Czech translation has just hit bookshelves. In the book the Czech-born former politician says she would never have thought to use her pins and brooches as a way of diplomatic communication had it not been for the fact that the former Iraqi dictator Saddam Hussein once called her a snake. After that I would wear a snake-shaped brooch when talking about Iraq, and starting using this form of communication more widely, Albright says in the book. She recalls then-Russian president Vladimir Putin’s anger when she met with him wearing a brooch of the three wise monkeys who “see no evil, hear no evil, speak no evil” - in reference to Chechnya. Albright autographed the book for Czech readers sporting a brooch of Prague Castle.
Photo: CTK
A palm tree has sprung up in Prague’s Old Town despite the cold weather. Eleven metres tall and made exclusively of soft-drink cans the palm tree is the work of artist Krištof Kintera – first exhibited in Paris in 2006. It was unveiled in Prague only last week and should remain there for a month courtesy of the Dvorac Sec Contemporary art gallery which wants to follow it up with the work of three other modern artists – Lubomír Týplt with Chain Reaction, Lenka Klodová with Love Bins and Jakub Nepras with an audiovisual art piece.

Photo: CTK
world over. The golden teardrop – along with the sophisticated installation that creates a perfume made to measure for the person looking at it on the basis of their emotions – now exists in two copies. One was sold to a Chinese state company which wants to keep a copy of the whole Czech pavilion as a permanent exhibition, the other will tour the world and eventually come back to Prague. A copy of the Czech pavilion was sold for the equivalent of 33 million crowns, but the teardrop was sold separately and neither buyer nor the artist and his sponsors are willing to reveal for what price. In any case the golden teardrop attracted more than 8 million visitors to the Czech pavilion and made 9 Chinese people –who came closest to guessing its weight - very happy. They each won 50 thousand yen – and if they shed any tears at all they were tears of joy.
Author: Daniela Lazarová
tag:
run audio