"Shipwrecked" Czech foreign minister rolls up his trouser legs and wades to a fishing boat! A town invites professional sniffers to analyze its air. And Czech palaeontologists are excited over a rare find - a fossilized fish that's 90 million years old. Find out more in Magazine with Daniela Lazarova.

It is not often that a Cabinet minister is "shipwrecked" at sea but it happened last week to the Czech Foreign Minister Cyril Svoboda who was on a working visit to the tsunami devastated region of south east Asia. The minister was visiting several Thai islands to get acquainted with the work of Czech NGOs when the boat hit the rocks, leaving the minister and the Czech ambassador to Thailand stranded in shallow waters. The two promptly rolled up their trouser-legs and waded to a fishing boat which took them to their destination. Newspaper readers in Prague were treated to this very unusual picture of the minister on a foreign visit - and from the look on his face Mr. Svoboda was clearly enjoying the lack of protocol!

Fatties from around the Czech Republic met for an evening of fun and games in Prague last weekend. The XXXL club holds such meetings regularly saying it is important for obese people to maintain a social life and not feel left out or friendless. The club has over 350 members, and the criteria for admission is 120 kilos for men and 90 for women. They play darts, have singing contests or go swimming together. "When there are two hundred of us there you can get into a swimsuit and not worry about people staring at you" one of them explained. Last weekend - they met for a dance. Not just a great social occasion and opportunity to meet people in the same weight category but a chance to lose some weight while having fun - but not too much mind or you could get expelled from the club!

A fourth of all Czechs say they are not allowed to use their private mobile at work. A survey showed that some employers have introduced sanctions for breaking this rule, ranging from confiscation of the mobile until the end of the working day to a monetary fine for every transgression. This is true of people working in banking, schools, hospitals, hairdressers, cosmetic studios and supermarket chains. Others say their employers allow them to use private mobiles or even encourage them to do so for work purposes on the understanding that they will be reimbursed at the end of each month for any business calls made.

The town of Krasno has for years fought a battle against the local iron foundry which they say pollutes the environment, especially the air. The town's inhabitants say they are constantly bothered by a bad smell in the air, like sulphur or something burning. Now the town hall has decided to put the matter to the test and conduct a proper survey, employing a number of "professional sniffers" to do the job. Sniffers, who are used in the perfume industry, will visit the town on certain days, sniff around and write down their impressions. The monitoring will allegedly take place in the spring once the heating season is over so as to ensure better work conditions for them. The project is shrouded in secrecy and it is not clear what measures the town hall intends to take if the sniffers give the local air the thumbs down.

Photo: CTK
The fossilized body of a fish which lived 90 million years ago has just been uncovered in the walls of an old monastery garden in the town of Litomysl. The fossil -which is extremely well preserved for its age - was actually placed into the wall 5 years ago in a block of stone when large parts of the wall had to be repaired. In time, amateur geologist uncovered the rare find and alerted palaeontologists from the Czech National Museum. They are now studying the find and preparing to exhibit is to the public.

Labour offices in the Ostrava region, which has one of the highest unemployment rates in the country, are advising some women to become miners. None have so far taken up this offer. The law enabling Czech women to become miners was passed just two years ago after a group of feminists protested that women were discriminated against by being banned from this profession. The only time when Czech women worked down in the mines was in the hard-line communist 50s. Today they only take jobs above ground, both administrative and manual labour. The local mines management says it is happy no women have volunteered to join the ranks of miners because it would be very hard for them to be given a job that was not in violation of the labour code, which does not allow women to carry excessively heavy burdens.

Czechs are spending more and more money on cut flowers. Fifteen years ago flower shops and stalls had little to offer in terms of variety, now they are bursting with both home grown and imported blooms. But, above all, they are offering creative flower arrangements. While in 1994 Czechs spent 3 billion crowns on flowers in 2004 the overall sales figure reached 8 billion crowns. Flower shop assistants say the biggest sales take place on Valentines Day and Mothering Sunday, but that many Czechs have now got into the habit of buying fresh flowers regularly to brighten up their homes or simply say "I love you".

If you admire exotic butterflies, then be sure to visit the Fata Morgana botanical gardens in Prague' Troja district. The gardens have imported thousands of rare species from Africa, the Canary Islands, Thailand, Malaysia and south America. The butterfly expo will be open until the end of March. 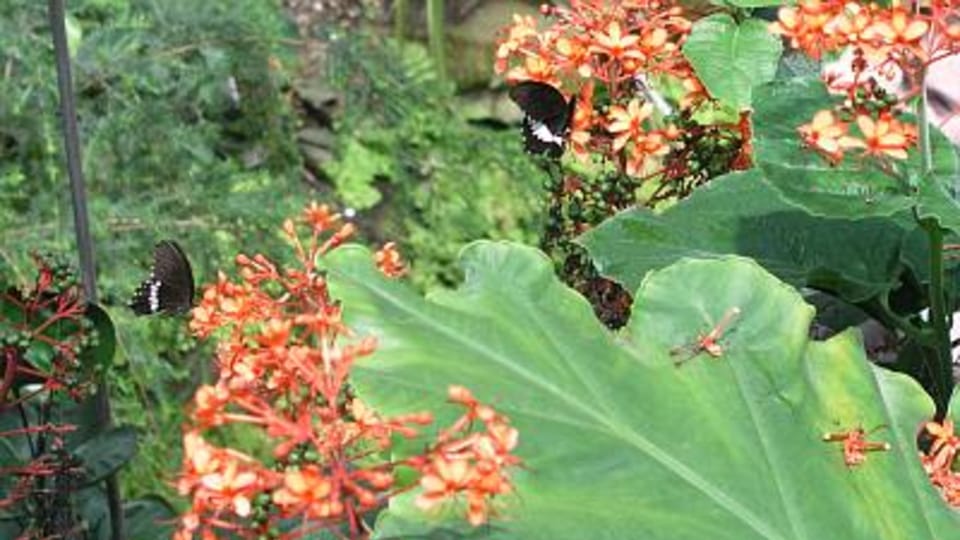 Na zdraví!
Czech breweries last year exported a record 2,6 million hectolitres of beer. Over the past five years Czech beer exports have risen by two thirds and interest in it rose further after the country's accession to the EU and the removal of trade barriers. The most popular brands are Pilsner Urquell and Budwar and the three countries importing the most Czech beer are Germany, Britain and Slovakia.
Author: Daniela Lazarová
tag:
run audio