A recent survey on love affairs at the workplace has produced some surprising results. Two passenger boats collide on the Vltava river. And, cooks prepare for the annual apple pie contest. Find out more in Magazine with Daniela Lazarova

Rene "Golem" Richter from the town of Opava has the strongest set of dentures in the Czech Republic. This winner of strongman's contests wowed the crowd over the weekend with an exhibition on the town's main square where he showed off a few of his feats: he lifted a stone weighing 281 kilograms with his teeth, bent a steel bar as if it were a bamboo stick, rotated a full beer barrel above his head and had an assistant break a huge slab of stone on his chest with a giant hammer. Rene keeps himself in shape with daily exercise, using 250 kilogram weights and he aims to lift 300 kilograms with his teeth one day. Well, it takes all kinds - this is one guy who probably doesn't spend much time at the dentist.

If you think you make a great apple pie - you should take it to the town of Kakosice this weekend and get that officially confirmed. Every year at apple harvesting time the town holds an apple pie contest. Any kind of apple pie is allowed as long as it contains three basic ingredients: apples, nuts and raisins. Cooks travel from near and far, bringing their masterpieces for the public to admire and for the jury to sample. You are not likely to get any recipes though - those are jealously guarded and are handed down from generation to generation. What you will get is a lot of fun, a lot of music, some great apple cider and of course a taste of apple pie. Basically it's an apple harvesting celebration... 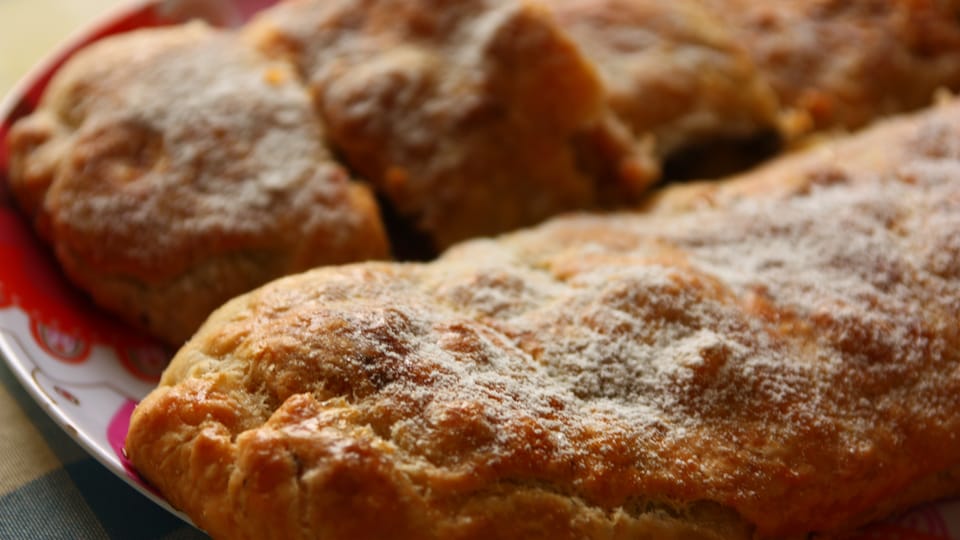 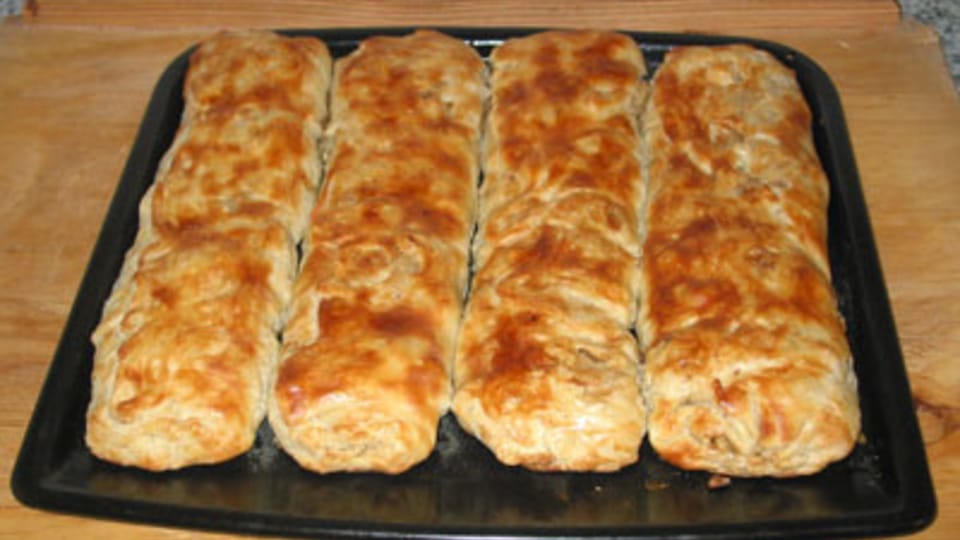 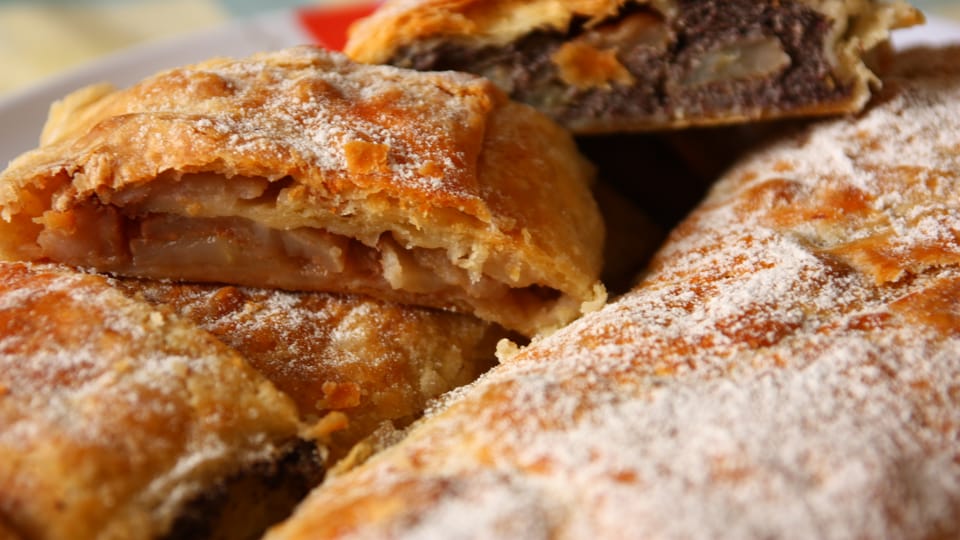 Fun loving Czechs and flying enthusiasts will gather in Sudomerice in a fortnight's time for the annual autumn contest of unusual flying objects. Objects of any shape and size that manage to stay in the air for 60 seconds will be entered. There are no restrictions on size, shape, material, weight or colour - the idea is to celebrate ingenuity and get as colourful a show as possible. Visitors will also get to see the best of previous contests on film.

A recent survey on relationships in the workplace has produced some surprising results. Although love affairs at the work place are a popular theme in soap operas and novels - a high number of Czechs apparently don't approve - and seek partners elsewhere. In the survey 75 percent of respondents said they had not had an affair with someone at work and did not fancy the idea. 13 percent said love affairs at work gave their day added spice. However only 5 out of 100 Czechs claim that an affair at work makes one more productive and twenty eight percent said that it complicated relations at the workplace. So do Czechs really spend all of the working day just working or is it possible that they are not telling the whole truth?
Statue of St. Wenceslas
Conservationists who are currently repairing the equestrian statue of St. Wenceslas at the top end of Wenceslas Square say that both the horse and rider carry marks of strife. The horse was hit by bullets in several places and we actually found a bullet in the cavity under Wenceslas' left hand, a conservationist reported. It is almost certain that these marks are from the 1968 Russian led invasion of Czechoslovakia. There is no mention of these marks in the reports on the last maintenance work carried out on the statue - but that is not surprising - the communist authorities wanted no mention of them.

It is not often that two boats sailing down the Vltava river collide, but last week people on the embankment watched in disbelief as the Andante and the Czechie - both full of tourists - collided close to the Manes bridge. The steamer Andante was carrying 85 people, one of whom was slightly hurt in the accident. Czechie was carrying 30 sightseers, no injuries were reported. Neither of the boats sank and the damage is estimated at around 10 million crowns. Alcohol tests showed that both captains were sober - one of them had merely made an ill-timed turning. The incident is being investigated.

Czech doctors are pushing for the age of consent in the Czech Republic to be lowered to the age of fourteen years. Their main argument is that in the present day children mature earlier and start having sex earlier no matter what the law says. However because the law puts the age of consent at 15, 14 year old girls who have sex are not able to get contraceptives from their doctor without parental consent and so there is a high risk of teenage pregnancies.

The man-made Lipno lake on the upper stream of the Vltava river is a popular summer holiday resort -with a chain of hotels, chalets, camps, boating and water sports facilities available. 40 km long, 16 km wide, facing the ridges of the Sumava mountains, the lake attracts plenty of holiday makers -among them very many tourists from the Netherlands. Now it seems that they could be back in the winter months as well. Since 1909 Holland has organized its famous Elfstedentocht ice skating marathon - a 200 km marathon traditionally held on the channels connecting seven towns in the Friesland province. I say traditionally because in recent years the effects of global warming have thwarted the organizers' plans and they have had to take their marathon abroad. In the present day the channels in Friesland rarely freeze over -once in every four years at best. On several occasions in the recent past the marathon was held at the Austrian lake Weissensee - now its organizers are looking around for possible alternatives - and their sights have settled on Lipno. Lipno is certainly big enough to accommodate such an event. The tourist facilities are there and the Dutch seem to love the place. Also, Lipno still freezes over every year. Last February it had an ice-surface 20cm thick for a period of over three weeks - that's 5 cm more than the organizers require.

So what chances does Lipno have of hosting this prestigious sports event? According to those in the know - considerable. In recent years the organizers in Holland have asked for regular reports about weather conditions and the state of the ice and are showing a serious interest. Local businesses are rubbing their hands in anticipation. Such a sports event would attract some 30 thousand people to the area at a time when business is traditionally low. And they are gearing up to provide winter tourist services - suddenly aware of the fact that even if the marathon plans fail to come through - then a lot of Dutch skating enthusiasts will still be looking for a place to skate in the winter.