Saint Wenceslas is the only Czech saint included in the calendar of the Roman Catholic Church. The nation’s patron saint is revered in many paintings and sculptures. Not surprisingly it is the city of Prague which boasts the largest number of statues depicting the Czech prince.

The exact number of Prague monuments to the nation’s patron saint is unknown. Estimates suggest that there are roughly 30 different monuments, statues, busts or sculptures in public spaces. Most often these are works made of sandstone, marble or puce.

We can only guess what the famous Czech prince looked like. His remains were found in five places in Prague’s St Vitus Cathedral. They were first studied in 1911 and a second time in the early 1970s. According to experts, St. Wenceslas was a slim, tall man with a long face, blond hair and possibly blue eyes.

The sculptors who made the statues of him relied mainly on their imagination. The saint is most typically portrayed standing; a bearded man with a princely crown on his head. He is often dressed in armour, with a long cloak and a sword strapped to his belt. Usually in his right hand he holds a lance with a banner, and in his left a shield with the Saint Wenceslas eagle. More rarely, he is also shown sitting on a horse, pressing wine or praying.

Famous and lesser-known statues of Saint Wenceslas in Prague can be seen in our photo gallery. 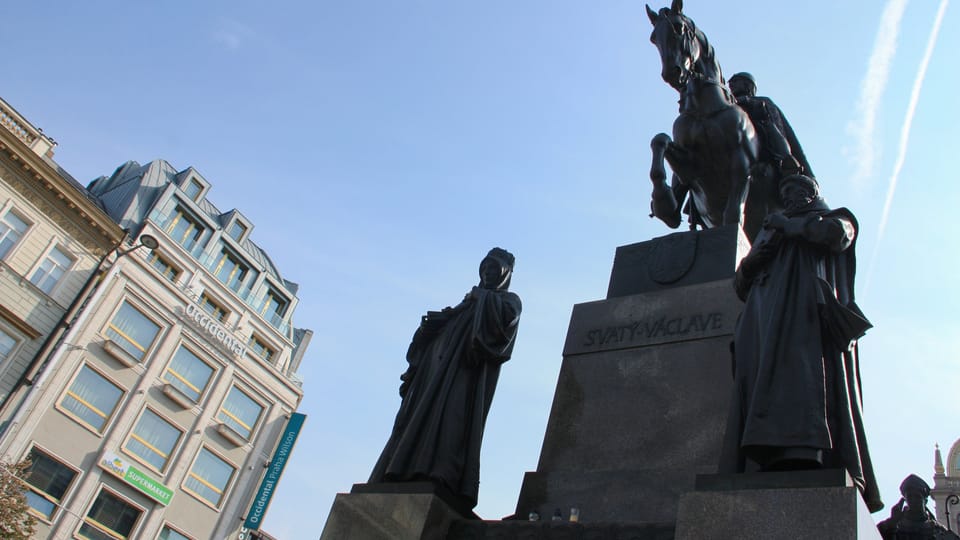 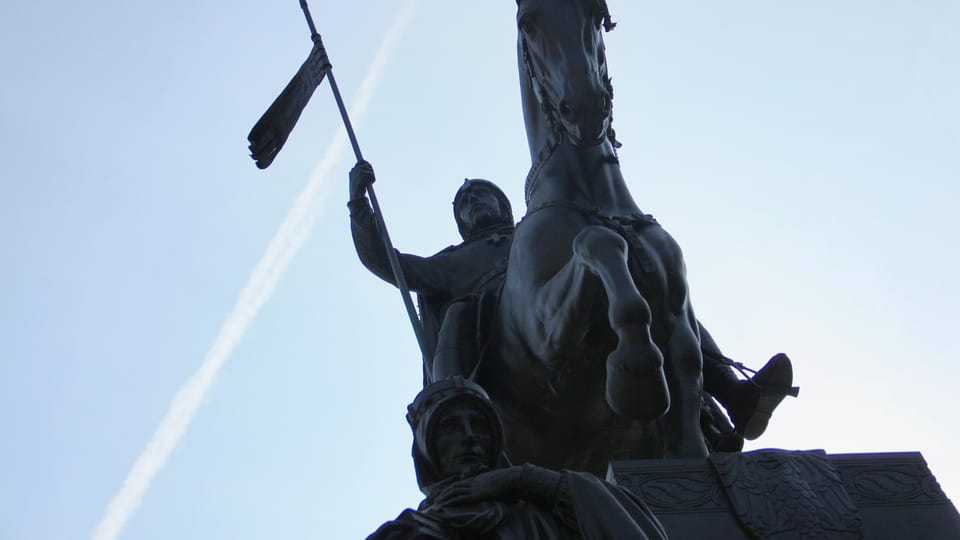 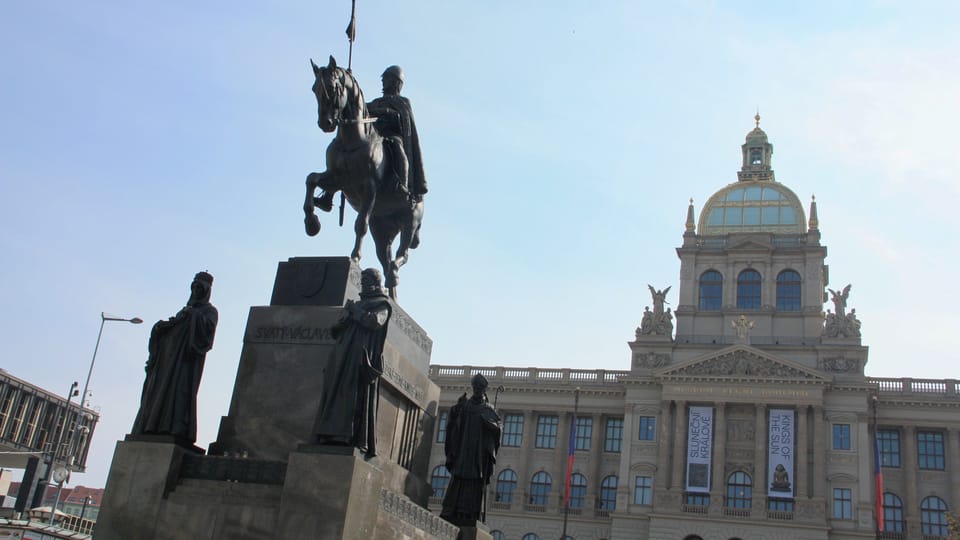 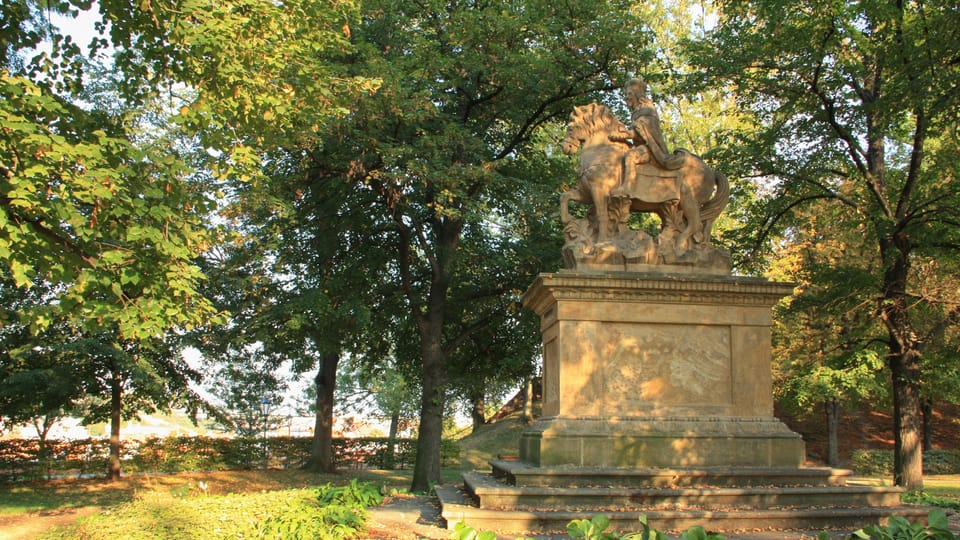 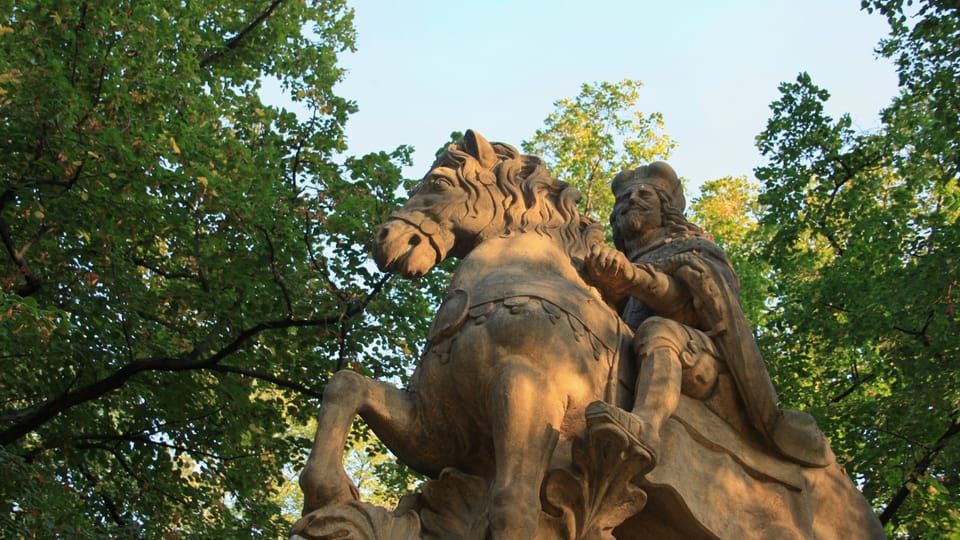 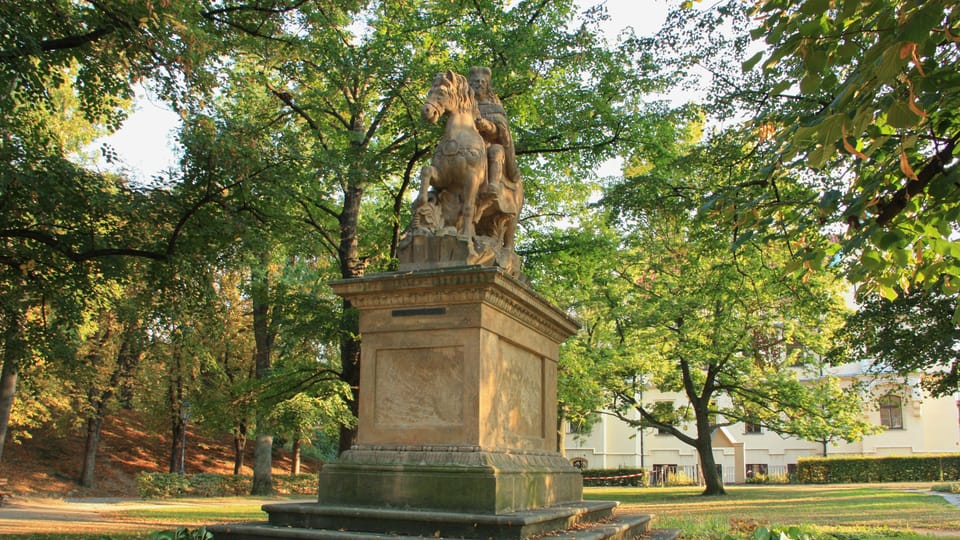 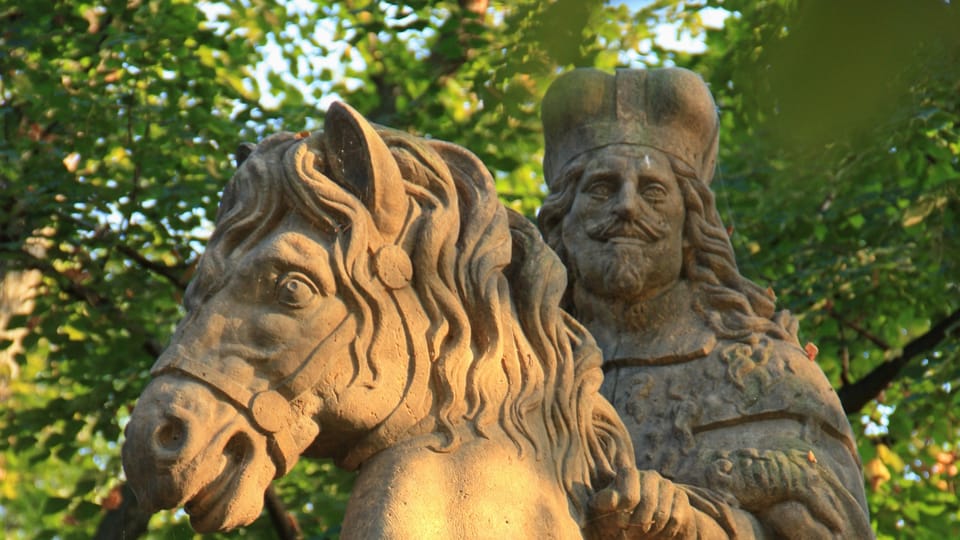