A seventy three year old granny from south Bohemia has won 20 million crowns in the lottery, a Czech town has introduced three dimensional zebra crossings to get drivers to slow down and, the National Theatre in Prague has asked for public donations to help finance the repair of statues gracing the building. Find out more in Magazine with Daniela Lazarova.

The town of Teplice has introduced a new "three-dimensional" zebra crossing. The trick of it is that by a certain use of geometric design and colour an approaching driver has the impression that there is a hurdle on the road. As you come close the picture falls into place - but not until after a driver has slowed down to see that the object is. The new zebra crossing has been painted in several locations where children frequently cross the road on their way to school -and where cars often break the speed limit. People who live here have got used to it - it only works on newcomers, but the locals take extra care around schools here anyway so that's OK, one of the town hall officials explained. If the three dimensional zebra crossings prove effective they could be installed in other towns as well. The problem is of course that once they become widespread - no will take any notice.

Public swimming pool owners around the country are suffering losses because of the relatively cool and rainy summer weather we're having this year. Pools which on a warm summer's day attract around 2,000 people are now empty, with 50 to 200 sunbathers on a good day. So far this is the worst year in ten years, says one of the owners, who claims to have lost around 300. 000 crowns since the start of the season. Day temperatures have averaged around 20 degrees and there have been plenty of rain showers.

Although poolside facility owners are unhappy - farmers say that this is just what they need - and that for plum trees in particular this will be an exceptionally good year. Since plums go into the making of the popular slivovice - a local plum brandy - many farmers are rubbing their hands in glee and ordering more barrels. And with so much rain, Czechs are able to engage in one of their favourite summer activities -mushroom picking in the country's pine forests. Already there are reports of some record finds! Roman Zavrel from the village of Horni Ves was reported to have found the largest mushroom this season - with cap measuring over 1 metre in diameter. 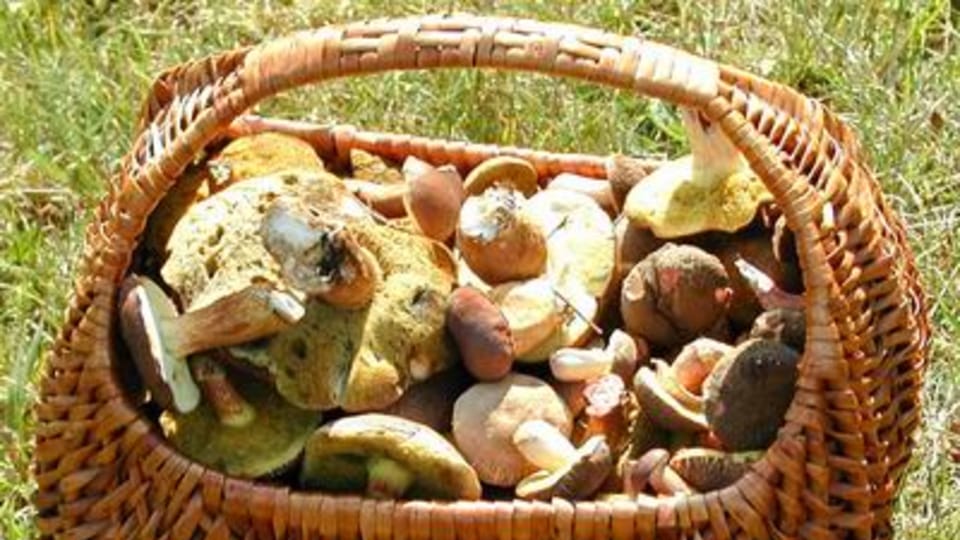 The Czech nation has once again been called upon to save its treasured legacy - the National theatre in Prague. The theatre house which is considered to be a jewel of late 19th century architecture was built from public donations in 1881 and rebuilt shortly after when it was damaged by fire. Now the National Theatre is once again in trouble - the statues gracing the old building are in a sorry state of disrepair. Acid rain and the persistent tremors caused by traffic on one of Prague's busiest streets are taking their toll. Close up the gods and goddesses look pitiful - a blackened exterior and even a missing hand here and there. A generous gift from a sponsor enabled ten of the statues to be repaired. But those representing Music, Dance, History, Poetry, Drama and Opera are still waiting in line for much needed care. Since the theatre is ever short of money it has called on the public to help out. While in the 19th century people went around with money boxes and hats collecting donations for the National Theatre - today the process of donating money is much simpler - all one needs to do is send an SMS to the National Theatre helpline -and thus donate 30 crowns. In the past Czechs have always been generous patrons of the arts and it will be interesting to see if that still holds true in the present day and age.

A seventy three year old Czech granny has just had an incredible stroke of luck - she's won 20 million crowns in the lottery -the Eurojackpot. The old lady says she nearly got a heart attack when she heard the news, and then again when she couldn't remember where she'd put her lottery ticket. Grandad helped her turn the house upside down and when they found it they could finally sit down and plan how to spend this immense fortune. With four kids, eight grandchildren and four great grand children to help it shouldn't take much of an effort.

Sumava
The most popular holiday destination among Czechs this year - is the Czech Republic, followed closely by Croatia. More than half of all Czechs are expected to spend their summer holidays right at home, at their country cottages, in the mountains or at a lakeside resort. The most popular destinations are the Sumava mountains in the southern part of the country, the Orlik dam, the Trebon lake district and Moravia's wine cellars.

Cycling, golf and horse riding have become this years summer hits and the cost of such holidays here in the Czech Republic is much lower than the price of foreign holidays - so people get more value for their money. As one respondent said - in Italy or Spain I would spend the time in a camp -and have to save on food. Here I can afford a three or four star hotel, eat out and give the kids riding lessons. So could Czechs have had their fill of travelling -14 years after the fall of the Iron Curtain - which started off a huge rush to see the world? Analysts say that it is only a temporary lull in demand, predicting that after one or two summers spent at home Czechs will be ready to explore the world again.