At first sight Lucie Schwarzova looks like a normal young woman. But as she admits herself, her hobby - historical fencing - makes her a kind of schizophrenic. A female in everyday matters becomes a male, a fighting nobleman to be precise, in her free time.

"I am the only fighting woman in the Czech Republic nowadays in full blade armour. I am Jesek Zelvar of Pelnikov most of the time but in my free time I am a female, of course. It took me a quite long time to get used to it and it took a long time before men started to respect me and take me the way I am."

Lucie is one of seven members of a semi- professional group of historical fencers. The group has what must be the longest name in the Czech Republic - "Druzina Habarta Maresika z Hradku a Lopaty, Katolickeho Rytire a Zemskeho Skudce", which in English roughly translates as "The Band of Black Hearted Catholic Knight from Hradek and Lopata". They usually prepare programmes around 20 minutes long showing spectators how knights fought in the past. The group is quite often invited to perform at parties or asked to create team building activities for big companies. It seems everyone wants to have a go with a bow or just play with a sword for a while. Parties are the group's bread and butter while the open air battles they organize are more of a hobby. Lucie really enjoys entertaining spectators and much prefers fighting other groups to taking on managers. 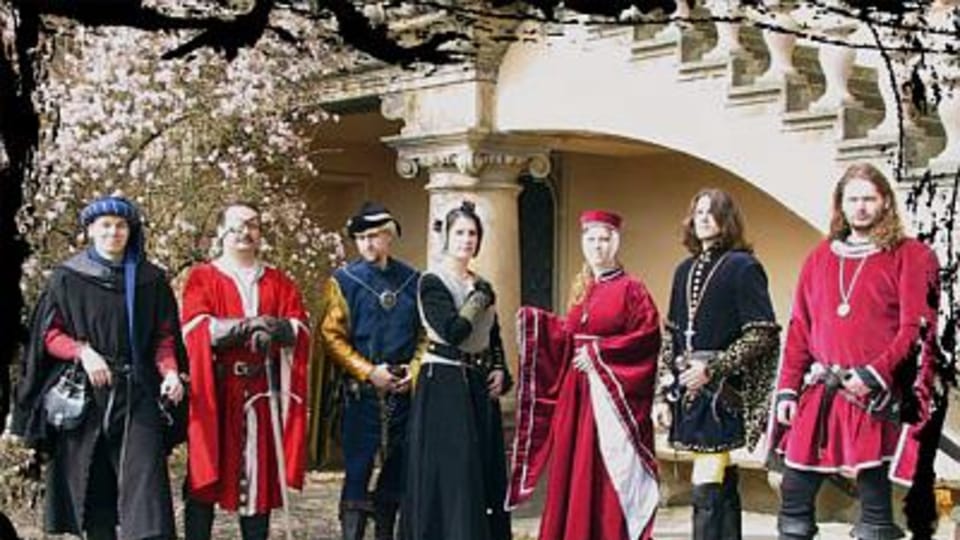 "Nowadays it is not a problem to have your own historical tent and full suit amour weighing 45 kilos, and trying to fight in a huge battle where 1000 - 2000 people meet each other and - so to speak - try to kill each other!"

Battles take place on a meadow or a suitable hill. Beside a permit from the local authority, organizers have to take care of toilets, water and barrels of beer before the real fight starts. Each battle is based on a historical event and put together in line with historical sources:

"It is a style of life, I would say. Most of your money goes into that, most of your free time. All your friends should do it because otherwise they won't understand you. It is not only about sport, it is about reading books. It is a way of life because you have to have clothes, pottery, spoons, forks specially made for this sport, beds and everything. It is very expensive to get it, it is very difficult to maintain it and find some new things. When I go for a battle, my flat is totally empty at the end and my neighbours think I am moving house. It looks strange. You usually fill one car for one person - full of clothes, weapons and amour, and tools you need."

Historical fencing has a tradition over the last 25 years in this country but only recently has become very popular. The number of fans has multiplied especially since the Lord of the Rings film trilogy.

"After the Lord of the Rings and Knight Tales and many other films it became very popular among young people because they all want to look like Legolas and Aragorn. Then they realize that it is not only fighting but you have to train very hard usually twice or three times a week and it takes a quite a lot of effort so most of them stop after half a year or one year."

Lucie has been involved in historical fencing far too long to be influenced by the fame of the Tolkien's characters. I couldn't help asking her why she spends her time fencing in amour instead of dancing or cooking.

"We want to try how far we can go really. The adrenalin is the biggest motivation for this sport. If you face somebody in a battle you can really imagine how it could have been. An amour is so heavy and the weather is usually very hot. You can't hurt anyone but on the other hand you mustn't be afraid of contact and of being beaten often. I have had broken fingers and all of us have had a lot of bruises. That is why it is not very usual when women do this because they are afraid to hit and to get into close contact with someone."

Adrenalin, heavy armour, swords, battles make Lucie happy. She has never thought of giving up and would like to continue fighting for many years. As long as her future partner and children won't mind their mum wearing armour and fighting.