Some 400 Czech volunteers enlisted in the German, Soviet and Czechoslovak armies on Saturday ahead of the battle for control of the Mosnov airfield. There were no reported causalities, or even wounded, thankfully, as this was merely a re-enactment of the bloodiest battle to take place on Czech soil during World War II: the liberation of Ostrava from Nazi German control.

Tens of thousands of Czechs braved record high temperatures on Saturday to witness the mock battle. Traffic was backed up several kilometres on the main road through Mosnov, a small Moravian town on the outskirts of Ostrava, which is the third-largest city in the Czech Republic.

The Czech Army Chief of Staff, General Pavel Stefka, was on hand to honour those who served in the real battle, and remind observers that, behind the entertainment of the day, was an important message: "No one should forget that, through their sacrifice, they gave future generations; that they died so that we and our children can live in freedom. Let us honour their memory."

For his part, Ostrava Mayor Ales Zednik said the memorial was "necessary, to [help] return the prestige of our army... to set the historical record straight and know that here we had soldiers who fought and died for their country...We do this by celebrating their history".

Sixty years ago, the coal mines and steel industries of the Ostrava region were providing crucial raw materials to support Adolf Hitler's war machine, and an estimated 35 percent of Germany's economic potential.

A Czech documentary played to the crowds on Saturday quotes Hitler as saying: "If we give them Ostrava, then we give them Germany - it is necessary to hold Ostrava whatever the cost."

The battle to take back the industrial centre of Ostrava drew to a bloody close on April 30, 1945 - the same day that newlyweds Adolf Hitler and Eva Braun committed suicide, knowing the advancing Red Army was only a few hundred metres away from their bunker in Berlin.

Photo: CTK
Hundreds of members of military history clubs and other enthusiasts from across the Czech Republic and abroad participated in the mock battle. They were dressed in authentic uniforms of the German Wehrmacht and SS, the Soviet Army, including the celebrated "home team"—the 1st Independent Czechoslovak Brigade tank brigade, which was nearly obliterated in the liberation of northern Moravia.

Some 30,000 rounds of blank ammunition were fired off during this battle reconstruction, during which pyrotechnic crews set off over a hundred explosions - simulating mortar fire, grenades, and different calibres of artillery shells. A lone biplane bearing the German iron cross circled the skies and occasionally buzzed the field.

President Vaclav Klaus and the veterans, photo: CTK
As this mock battle on the Mosnov airfield got underway, the President of the Czech Republic, Vaclav Klaus, was addressing veterans of the real campaign ahead of a wreath laying ceremony in the Ostrava city centre.

President Klaus: "It is 60 years since the liberation of Ostrava, since the peak of the biggest and bloodiest World War II battle fought on our land. After 57 days of hard fighting—during which the Czechoslovak brigade fought alongside the 4th Ukrainian front of the Red Army—the many years of occupation, not just of Ostrava, but of the whole of northern Moravia, came to an end".

The April 30th re-enactment of the battle for Ostrava drew an estimated 60,000 people. It was the first of some 250 scheduled events through May 15 to commemorate the final days of the Second World War and the first days of freedom from Nazi tyranny sixty years ago. It was an impressive show, and is said to have been the largest re-enactment in Czech history.

Photo: CTK
But it would have taken 100 times the number of volunteers, to even begin to portray the true scale of the battle.

"Let us remember that without such victories—and without the inevitable cost in human lives—we would not enjoy freedom today, nor, in all probability, would we have a nation of our own", said the Czech president.

Over 20,000 Soviet soldiers, and 1,000 Czechs and Slovaks serving alongside them in the Red Army lost their lives in the fight for Ostrava's liberation. Some ten days prior, in a town to the north called Hrabyne, the 1st Independent Czechoslovak Brigade had been nearly decimated.

In early 1945, the 1st Independent Czechoslovak Brigade, which was operationally subordinate to the Soviet 38th Army, had been outfitted by the Soviet Army with over fifty T-34-85s and a dozen T-34s, by conservative estimates, though some sources say it had nearly twice as many tanks. By the end of the fighting in Ostrava, the Czechoslovak brigade was, at most, one-tenth of its original size.

"When the brigade moved to Poland it was equipped with 65 new tanks. By the end of the battle for Ostrava, only around 7 or 8 of them remained. And then only 3 of them rolled into Prague on the 10th May 1945".

The roots of the Czechoslovak army corps lie in Buzuluk, Russia, where in 1942 an array of Czech and Slovak prisoners and expatriates gathered to form a brigade. Many came from Sub-Carpathian Ruthenia, the easternmost region of pre-World War II Czechoslovakia, which is now part of the Ukraine. Others had fled the Protectorate of Bohemia and Moravia and the newly "independent" puppet state of Slovakia to the Soviet Union. But few had the chance to fight the Germans until years after fleeing their homelands: the Soviets labelled them illegal immigrants and sent them forced labour camps in the Arctic Circle.

After the war, the Soviet Union glossed over the embarrassing early history of the 1st Independent Czechoslovak Brigade, and glorified their members as the heroic vanguard of Czechoslovak communism. The Red Army, initially cheered as liberators, came to be seen as an occupying force, and the Czechs and Slovaks who served with the Soviets tainted by association, in some people's eyes.

President Vaclav Klaus sought to remind the nation that these soldiers were fighting the Nazis, not to build Socialism, and should be seen as heroes.

"Allied soldiers—the Americans and British, and many other nations—as well as the Soviets, fought heroically against an inhuman foe. But they didn't risk their lives to fulfil the dreams of a post-war Soviet communist dictatorship. They fought against a clearly defined enemy, which represented a huge threat to the continued existence of European nations, including our own", said the Czech president. 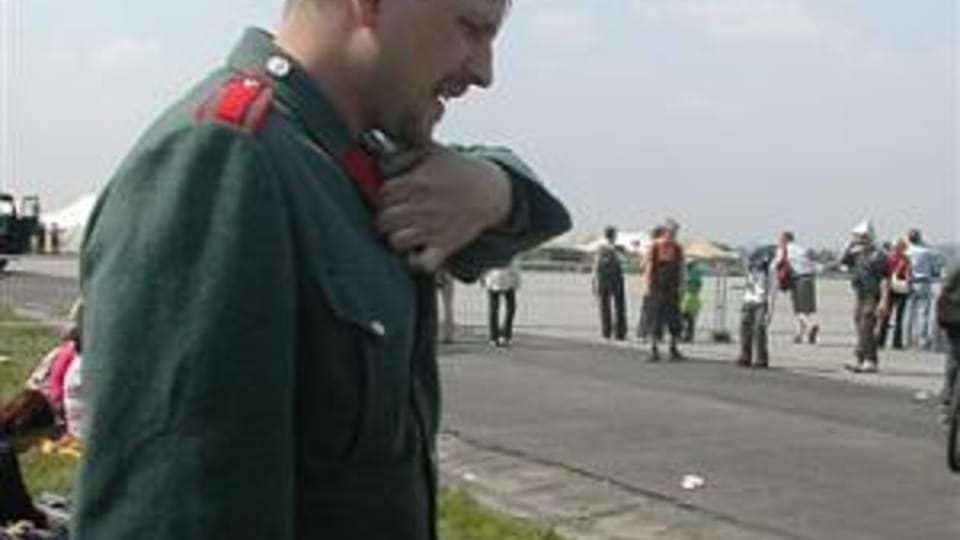 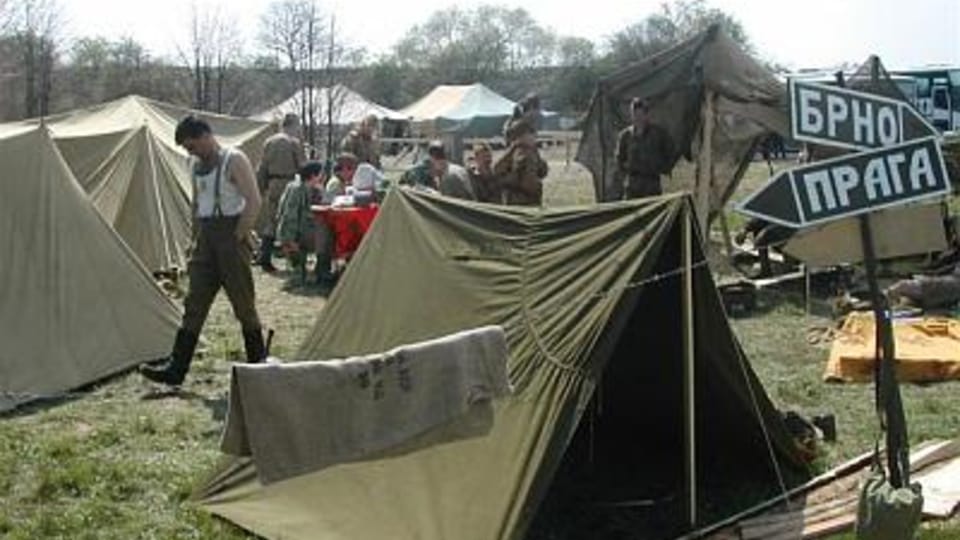 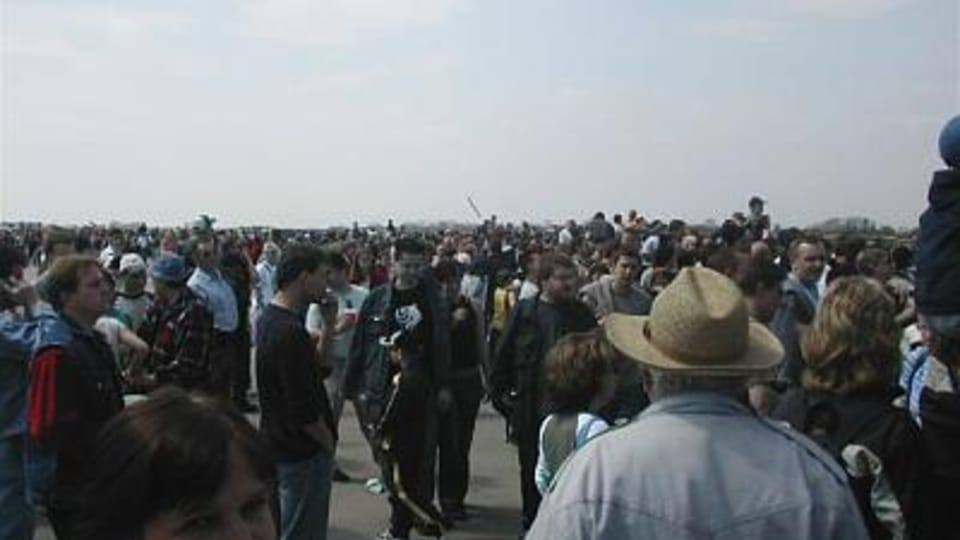