The town of Kutná Hora lies just 50 kilometres east of Prague, and is a popular destination for tourists venturing outside the capital in search of more of the Czech Republic’s historical treasures.

Kutná Hora, photo: Dominik Jůn
Kutná hora is a strange island of regal history that finds itself situated in the decidedly un-regal agricultural and industrial plains of eastern Bohemia. The town is famous for its historical centre, which is akin to Prague’s Malá strana, meaning a mix of Renaissance, Baroque and Gothic architecture. Indeed, walking around Kutná hora, one gets the sense of old Prague as it looked perhaps twenty years ago. There is far less renovation, restoration and tourist-oriented shops and stalls here. Far more crumbling facades and drab beige colouring evident. It’s something of a retro experience in itself to find ordinary old-fashioned supermarkets and stores among all the historical sites.

The topography of Kutná Hora can be downright dizzying for a first-time visitor. The town is spread over a number of gentle hills. It’s easy to become disoriented while walking around. Prague is a piece of cake by comparison, with distinctive landmarks such as Prague Castle to direct oneself around. This town is a veritable maze. For example, the main train station is a good three kilometres from the centre. But from here, tourist friendly maps and signs plot a trek into the old town via a number of notable peripheral sites, such as the Sedlec Ossuary (or Kostnice v Sedlci), a World Heritage Site Roman Catholic chapel which famously features an interior filled with human bones.

Jesuit College, photo: Dominik Jůn
There’s also an option of switching trains and then traveling to the Kutná Hora město station which is right in the centre of the town. The best thing to do to find one’s bearings in Kutná Hora is to head to the area which features St. Barbara's Church and the Jesuit College. The former is a large Gothic Church, and also a UNESCO World Heritage Site. It is notable for its large external arches and was built between the 14th and 19th centuries – a long process. Next to that is the 17th century Jesuit College, a vast building which also comprises the GASK – the Gallery of the Central Bohemian Region, which is a huge museum of modern art. The entire area here somewhat resembles Prague Castle and offers a great lookout point over Kutná Hora’s unusual terrain. On one side is a vineyard. Viticulture here stretches back to the start of the 12th century. But the vines here today were only restored a few years ago after years of neglect. (And continued renovation work is evident across all of Kutná Hora). Behind the vineyard is a small park – a welcome sight as this entire area of eastern Bohemia is largely devoid of green spaces. Leading out from the church is a kind of bridge-like terrace lined with statues, similar to Charles Bridge in Prague. The statues are of famous saints, including St. John of Nepomuk and St. Václav. Indeed, statues like these can be found all over the town.
Inside the Stone Fountain, photo: Dominik Jůn
Heading back into town one finds the Czech Museum of Silver. Mining for silver began in Kutná Hora as far back as the 13th century and provided the town with considerable wealth and power until around the mid-16th century. Kutná Hora is certainly a history buff’s dream. There are a huge number of relics to be found here while walking through the winding streets. One such place is the Stone Fountain. A small circular structure likely built in 1495 in the Late Gothic style. The inside is off limits, but one can peek in through a small gap and see some mysterious statues inside, each perched atop a concrete slab.

Not far from there is the late 13th century Italian Court, a palace which today houses the municipal offices of Kutná Hora. An art gallery is also to be found here, as well as a coin minting museum, reflecting the fact that silver coins of the old Prague groschen used to be minted here. In front of the courtyard is a statue of the first president of Czechoslovakia, Tomáš Garrigue Masaryk. Unveiled in 1938, the Nazis then removed and destroyed this statue during the 1940s. It was then remade in 1948, only to be removed under the communist regime in the late 1950s. Only in 1991 was it remade and once again placed here.

There’s so much to see in Kutná Hora visitors would be lucky to cram it onto one day. The town makes up for the occasional scruffiness and unfortunate air quality by its considerable tourist-friendly signage. You’ll get disoriented, but never lost. And there are plenty of bars shops and restaurants to duck into as well. It isn’t Prague, but that’s part of the charm. 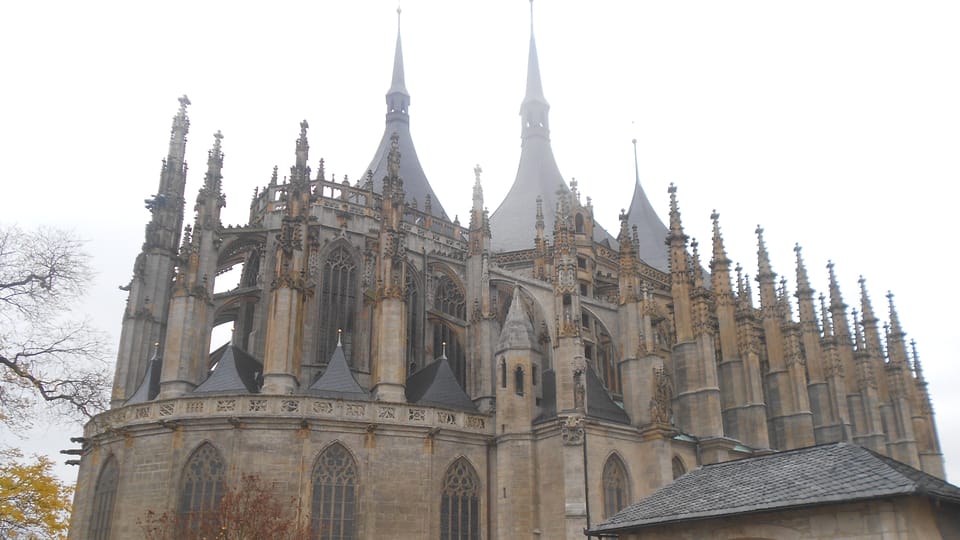 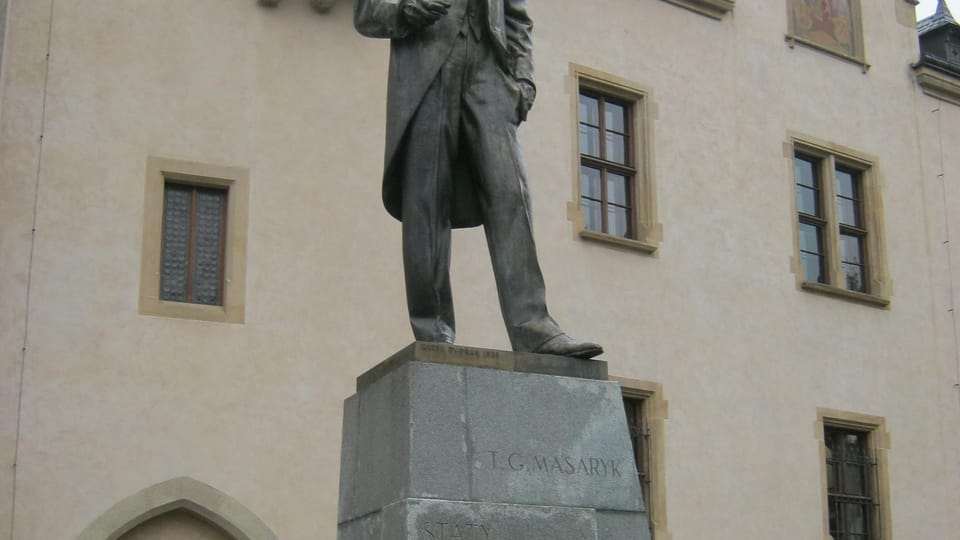 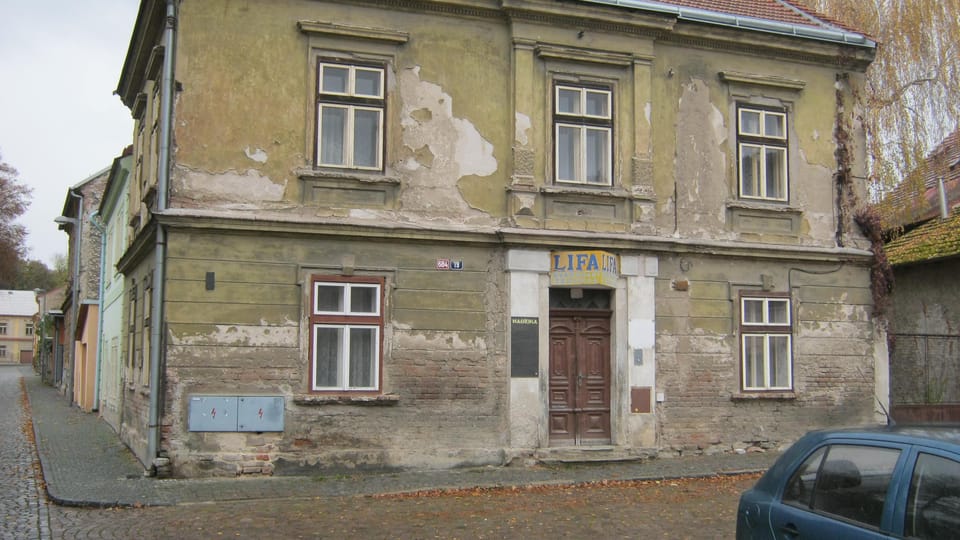 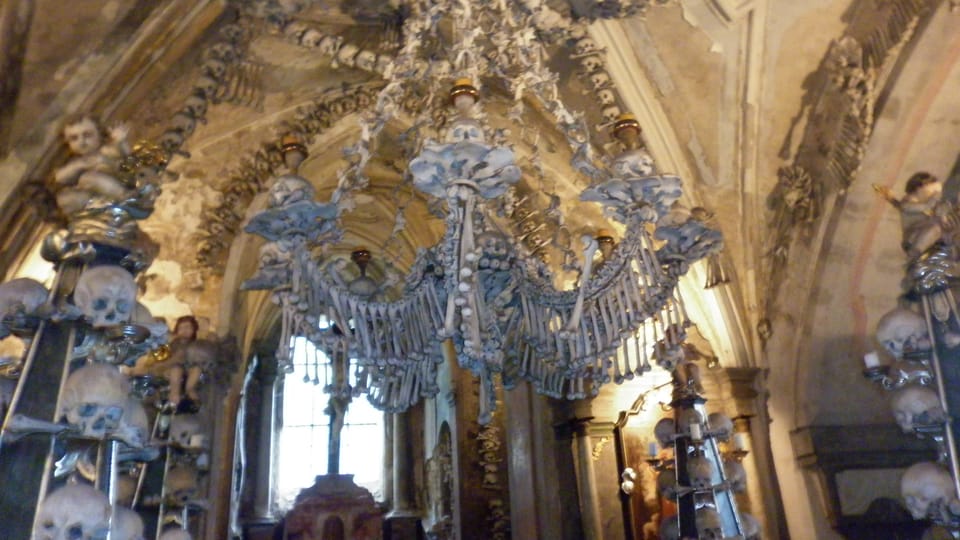 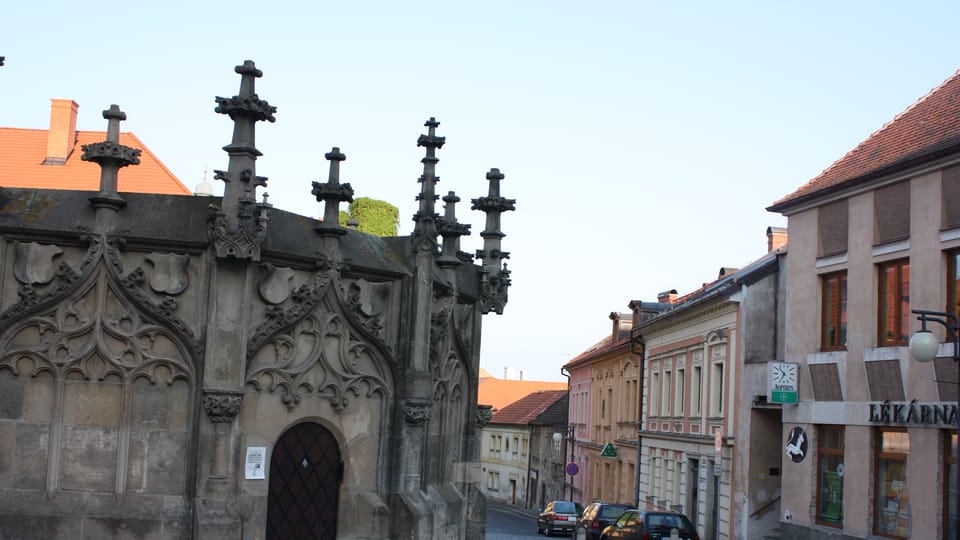