A rose-coloured porcelain cup and saucer made 225 years ago has pride of place at the Museum of Porcelain in Klášterec nad Ohří. It is the oldest preserved item which was made within a series of experiments in porcelain production in 1794. The other pieces fell apart, but the rose-coloured cup and saucer heralded hope for the future. Today the famous Thun brand of porcelain is exported to countries the world over.

Photo: Klára Stejskalová
Klášterec nad Ohří chateau, photo: Klára Stejskalová
The art of making porcelain evolved in China in the 7th century AD, but China managed to keep the secret of its production for at least a thousand years. The very finest pieces were reserved for the Emperor’s household or for redistribution to worthy subjects and important visitors, but “china”” quickly became an important trade article. During the Middle Ages it was shipped to Japan, India, Arabia, and Africa.

The Portuguese were the first to bring Chinese porcelain to Europe, sometime in the early 16th century where it was sold to royal households and the upper classes, starting a craze for the translucent, delicate and lavishly-decorated eating sets and decorative objects. The growing demand for porcelain on the Old Continent spawned a desire for Europeans to produce their own china.

As a result of industrial espionage inside the Chinese porcelain factories and a great deal of experimenting, Europe started producing its own porcelain. A large source of kaolin was found near Meissen in Saxony and the famous brand established its first production in 1710.

Photo: Klára Stejskalová
The first porcelain manufactory in Bohemia were created illegally, under the guise of pottery production. Porcelain production required a licence and any applications from the Czech lands were usually rejected by Vienna.

However, there were exceptionally favourable conditions for the development of porcelain production in the Czech lands and so gradually these hurdles were overcome. Between 1792 and 1815 eight porcelain manufactories were established in western and northern Bohemia – their location determined by the occurrence of quality raw materials needed for production, wood and coal for kiln heating, along with quality water. The owners of these manufactories and their staff were predominantly of German nationality.

The oldest porcelain manufactory in Bohemia was the established near Horní Slavkov in 1789. However, its results were poor, both because of a lack of funds and untrained workers. It closed down after about four years.

The second manufactory, founded in 1794 in Klášterec nad Ohří, had a very different fate, giving birth to the Thun porcelain brand which is now world famous. Today almost three quarters of its production is exported to countries such as Great Britain, Germany, Italy, Russia, Spain or Sweden.

“The founder of the Klášterec porcelain factory was Jan Mikoláš Weber, who worked for Count Franz Josef Thun as a forester. In his retirement years he began to experiment with porcelain production. This was at the turn of 1793 and 1794. The count supported his efforts and had furnaces placed here at his disposal. That was where the first test products were fired. Among them was this precious cup and saucer called Vivat Böhmen, or Long Live Bohemia. It is the oldest product we have, made in 1794, and miraculously preserved to this day. You can see it in our collection.”

The manufactory opened that same year, but the first firing was not very successful. In the local chronicle, the parish priest Franz Petranc wrote: “Today was the first firing of porcelain produced by Weber. The molds are partially melted and spoiled, but as they say “shards bring good luck”. So we still have great hope for the future.” It took a while for this prophesy to come about, but some years later the manufactory began to flourish. Weber did not live to see it. The Thuns oversaw production until 1945 giving the porcelain its famous name. It is still produced under the Thun brand today. Thun porcelain is made in three factories in Bohemia by 660 employees. Kristýna Sudomelová again:

Photo: Klára Stejskalová
“Today the production revolves around modern shapes and modern decor, but here you can also see some classical pieces that were popular years ago. This year the company is celebrating its 225th birthday so we have an exhibition that takes visitors back in time - you can see what is still produced today, what you can buy, and compare it with what was made in the past. Moreover, the exhibition is complemented by contemporary glass from the Moser Karlovy Vary glassworks.”

The porcelain collection –old and new- is housed in 21 rooms. Krystina leads us into the Empire Room, pointing out some of the rare items on display.

“Lion's paws were extremely popular at the time and we can see them not only on furniture but also on porcelain. For example, on this cup, where you can see, among other things, the oldest depiction of Prague on porcelain. You can see Prague’s Týn Church, the Lesser Town and Charles Bridge This cup was made in Horní Slavkov.”

In the first half of the nineteenth century the manufactory in Březová was one of the most successful porcelain factories in the country. So it is not surprising that it won a contract to equip the Titanic with porcelain sets. You can actually see an authentic coffee set made for the Titanic, in the Karlovy Vary Museum. If you look at the bottom you will see the brand of the porcelain factory in Březová with the word Titanic added.

Photo: Klára Stejskalová
Perhaps the most beautiful porcelain set on display at the Klášterec nad Ohří Museum is the so-called Thun Set, displayed on a long table in one of the main rooms. Kristýna Sudomelová again:

“This set was made for Josef Osvald Thun on his fortieth birthday and it was made to serve 40 diners. What you see here is only part of it, the rest is in the Museum of Decorative Arts in Prague. Two and a half kilograms of gold were used to make this set. Each original piece is marked with the Thun-Salm symbol, because Josef Oswald's wife came from the Salm family. This set closely resembles the porcelain wedding set made for Franz Joseph and Sisi, with just a few slight changes. The Thuns set great store by this set. During the fire that broke out in the chateau in 1856, the servants were ordered to bring the porcelain out into the garden and that is how it survived to this day.”

The museum also offers a demonstration of Cubism, the style of the 1950s and at the end of the tour visitors can compare Czech porcelain with pieces from China and Japan. Paradoxically, Chinese porcelain was so expensive in its heyday that it was European factories which produced cheaper copies of the work of Chinese masters. Today, the exact opposite is true. 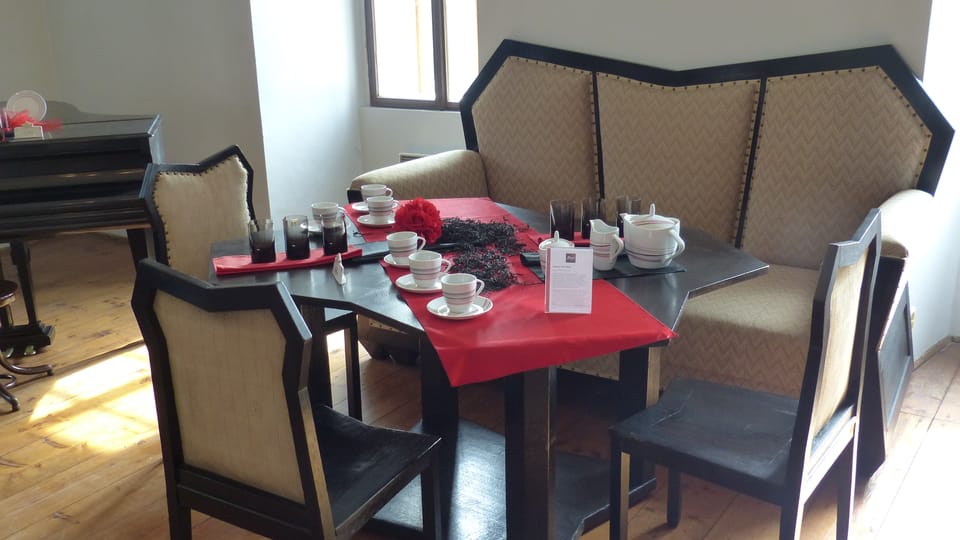 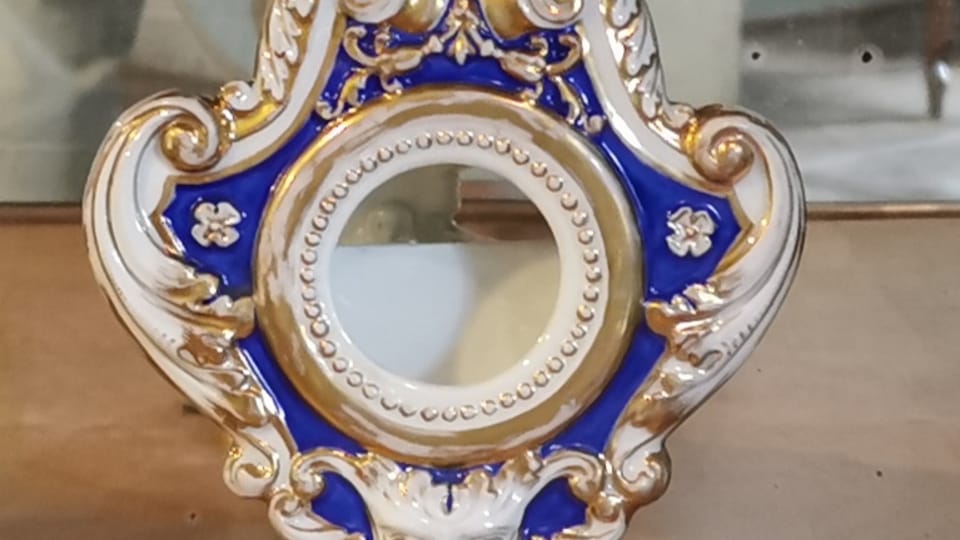 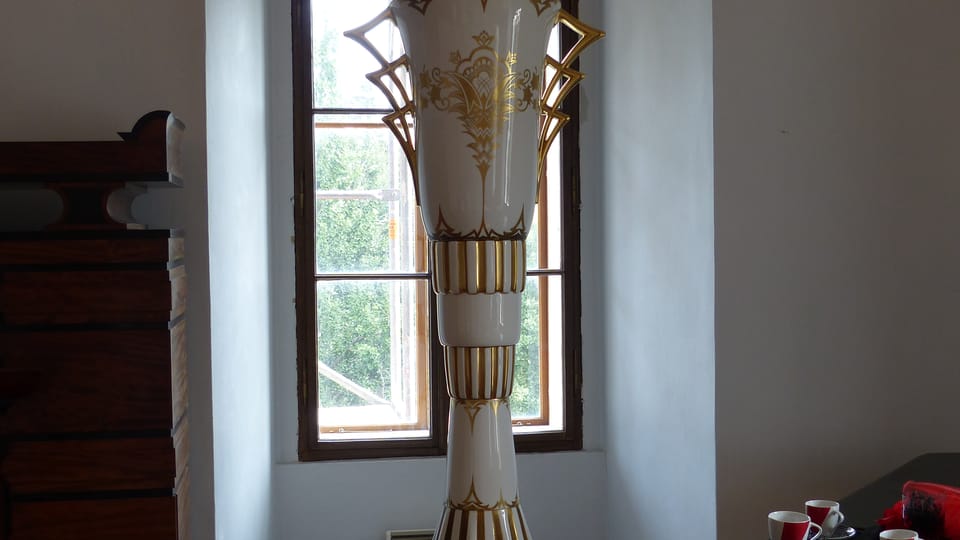 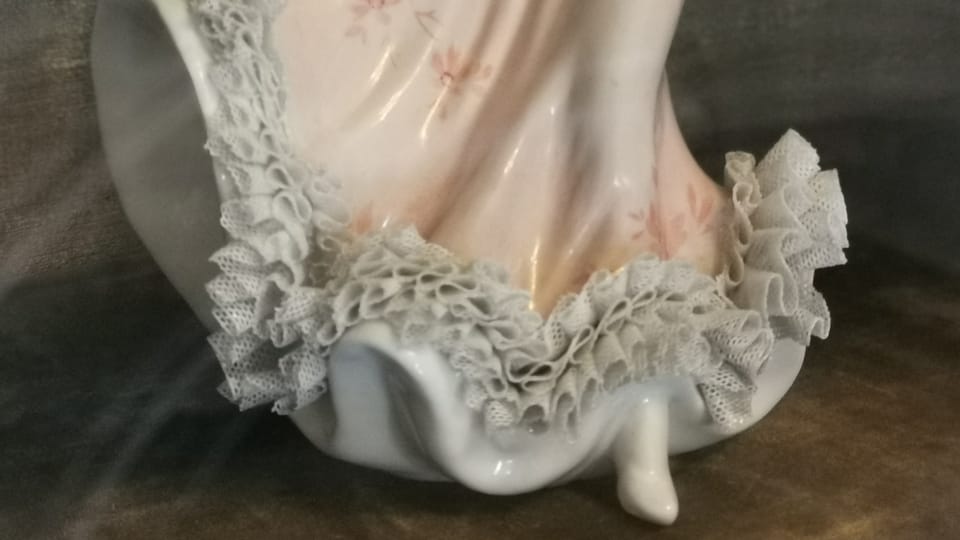 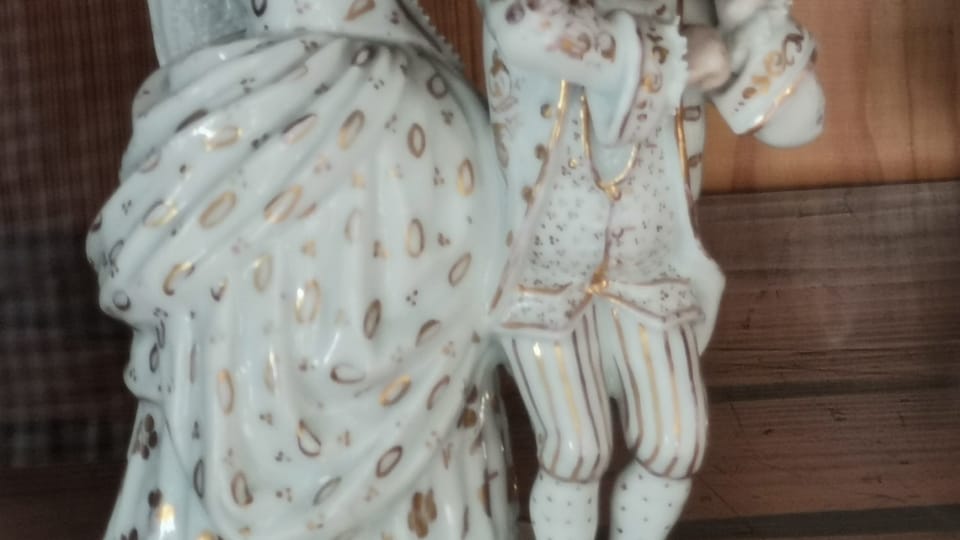 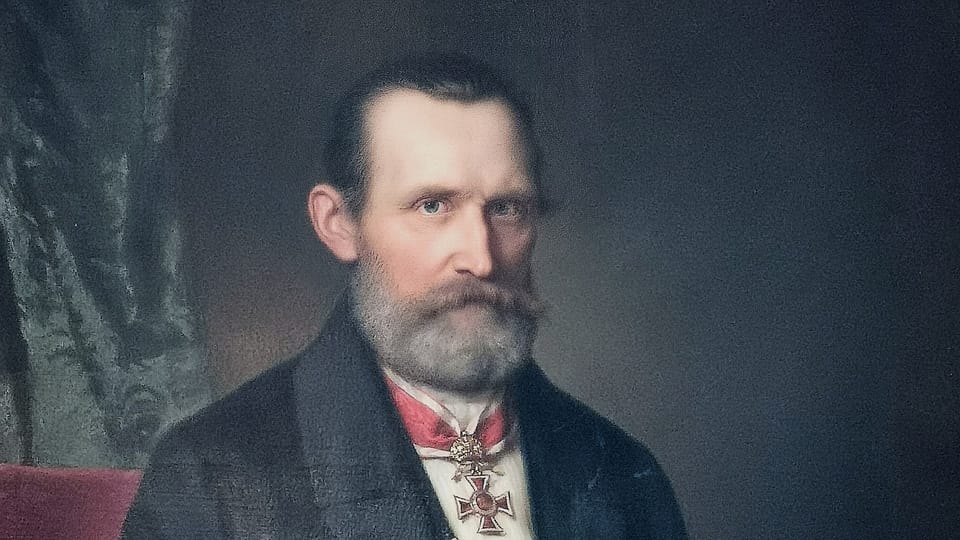 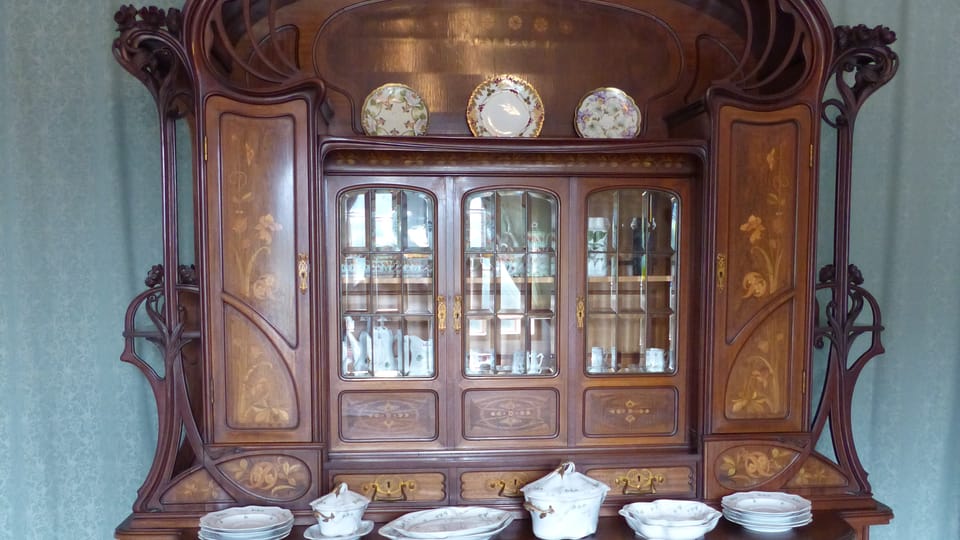 The chateau in Klášterec nad Ohří was built at the close of the 16th century by the Saxon family Fictum as a Renaissance building. In 1621, however, the property was confiscated from them for their participation n the Estates Uprising, and in 1623 it was sold to the Thun family. The Thun family owned it until 1945, when their property was, in turn, confiscated under the Beneš Decrees. The castle was rebuilt several times, also due to the fires that ravaged it. After the third fire in 1856, the chateau was rebuilt in neo-Gothic style, which is still visible today.