It’s a car, it’s a plane… no, it’s an autogyro in the middle of Prague!

It’s a car, it’s a plane… no, it’s an autogyro in the middle of Prague!

Nirvana Systems is a company based in Přerov, the Czech Republic, which for years has been building paramotors and kits and other gear for the sport of PPG – powered paragliding. The company was founded by successful pilot Pavel Březina and recently was involved in a major project which brought it national attention. For two years, the firm developed a new engine and other systems for an autogyro (or gyroplane) that became the first to receive official certification to drive on Czech roads.

Pavel Březina drives autogyro in Prague, photo: archive of Nirvana Systems
Founder Pavel Březina flew the craft from Přerov to Prague and then drove smack into the city centre, a jaw-dropping moment. Before we get to that – and it’s worth it - a bit about the company.

I spoke to the company’s head of sales development, Petr Ondruch:

“The history of the company goes back to 1995 and it all started in Pavel’s garage at his home: a very simple start!”

Still, that’s a great way to start: a lot of great companies began in a garage!

“Yes, it was an enthusiastic start.”

What was the idea behind the firm, the philosophy?

“Well it basically was built on Pavel Březina’s wide experience in the racing field; Pavel was a pilot with a lot of international awards and he basically began producing gear for himself. He developed new gear also for fellow pilots in the environment of PPG, powered paragliding, and grouped together people around him to form a racing team of about 20 pilots from four continents.

“These pilots needed more and more products which were reliable and of course safety is a major cornerstone of our philosophy. Simply put, without perfect services you would not be able to proceed, services based on maintenance courses which we are running for our partners abroad. And of course our products have to meet all kinds of certifications, not only Czech but German and so on.”

“In the beginning it was only for amateur pilots. Everyone did their own rig in their garage. It went from that to professional firms providing products and support.”

The motto is “Your Way to Freedom”…

(laughs) “Yes, it certainly is!

“Correct. People don’t only work for us, they live it.”

How much has the sport changed over the last 10 or 15 years? I imagine that the technology is evolving: you have many branches around the Czech Republic and not just – how has it grown in popularity?

“In the beginning it was only for amateur pilots. Everyone did their own rig. The equipment was made in the garage and it was over the last 15 years that it moved from the amateur field to around 50 or 60 professional international companies which are meeting in international exhibitions. So it is now a professional sports sector which is similar to other branches of amateur flying.”

I read that the sport in the United States, for example, was basically self-regulated, not requiring the participant to be a certified pilot; is that also the case in the Czech Republic or in Europe?

“Not really. We have very strict rules in the Czech Republic and we have to meet requirements like a health check, pilot’s license, complete technical inspection of your paramotor and paraglider and also you can’t fly without third-party insurance. But different countries have different conditions. There are some countries which are somewhere in between and some that are even stricter.”

Photo: archive of Nirvana Systems
For someone who is interested in getting into the sport in the Czech Republic, what are some of the details of a typical training course? How many hours would you have before you were ‘on your own’?

“The simple answer is between 10 -14 days depending on the weather conditions and on the flying school, as well as your physical ability. Simply said, this is a sport which can be done by anyone, anyone who is healthy and can run or walk with the paramotor on his shoulders.”

What’s the feeling like when you are up in the air with everything below?

“I would describe it using the name of our company: it is nirvana! It’s excitement, you know? You can completely forget about your troubles down below and watch everything from above and see things from a different perspective. And you meet people who feel the same because you never fly alone. We never fly just on our own but with friends, clubs, visiting each other, landing near our friends, meeting at the border, because the country is small and you get to the border very fast, especially if you’re downwind.”

So there’s a shared spirit there similar to people who rock climb, most people don’t climb alone…

And does experience count for a lot? I am thinking in terms of safety and, for example, properly reading weather conditions…

“That is a very good point, a good educational point. When you fly with friends you pass on information or knowledge of others, you pay attention to those who know more than you and who have experience with this or that. Safety is number one, that is what everyone knows and a good school should never underestimate this point.” 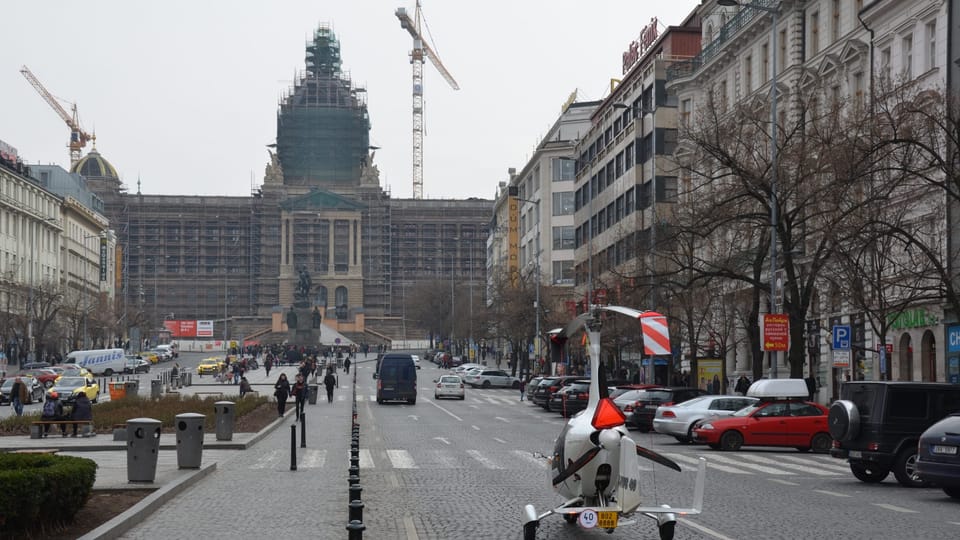 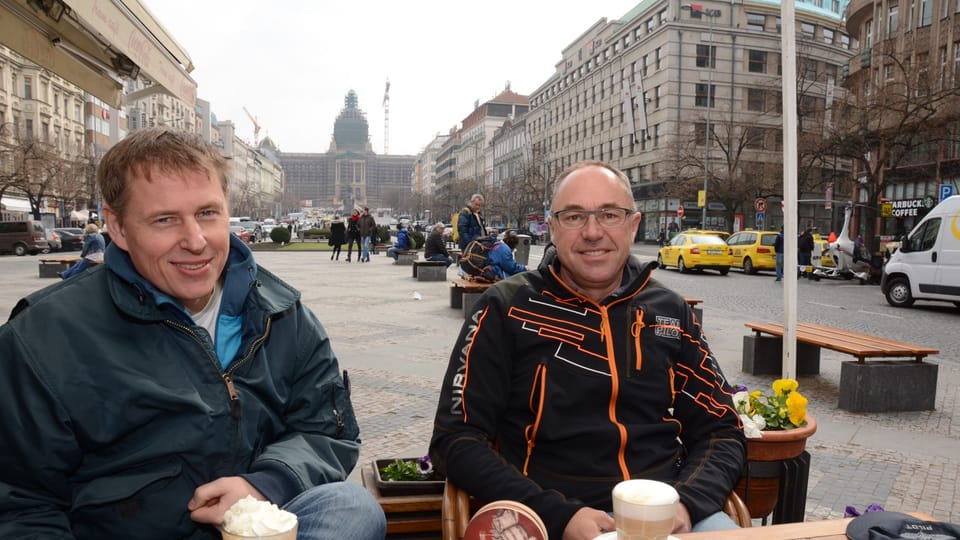 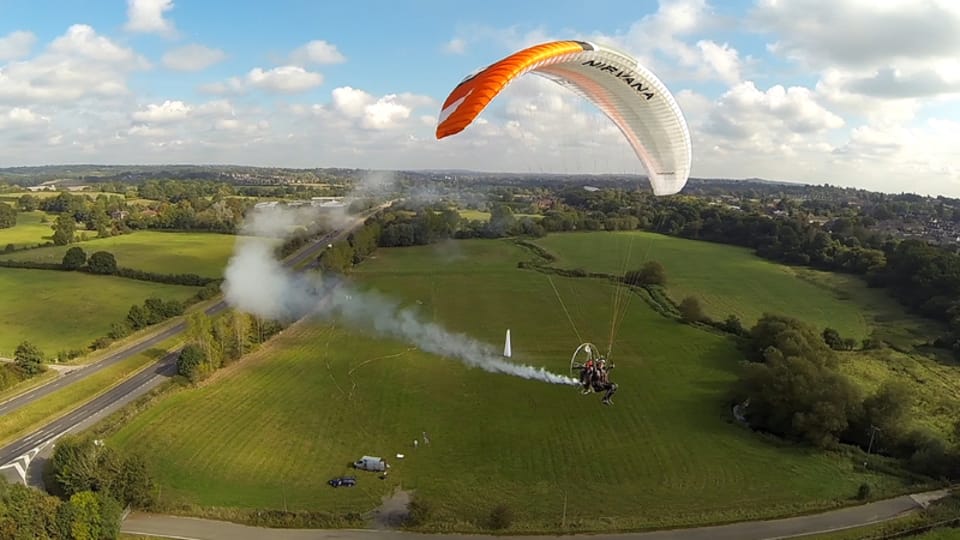 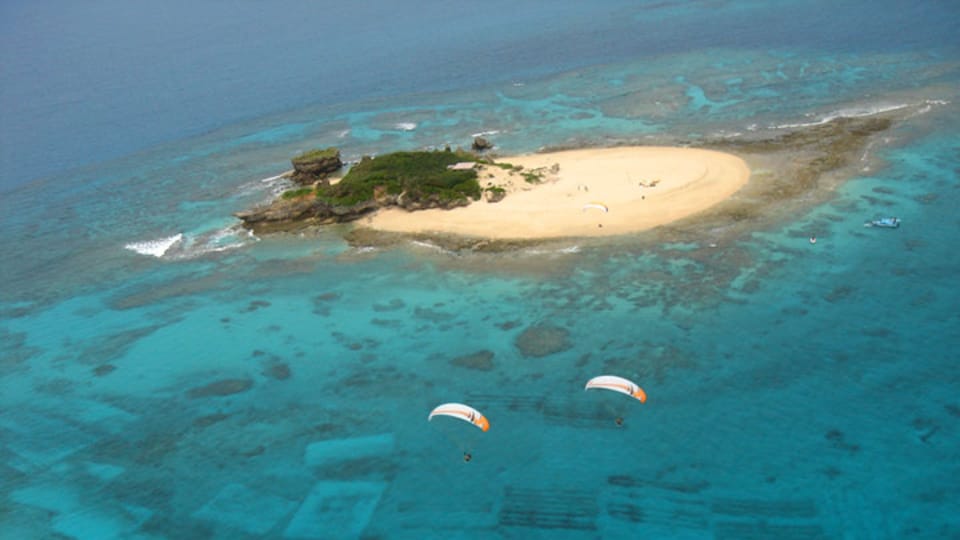 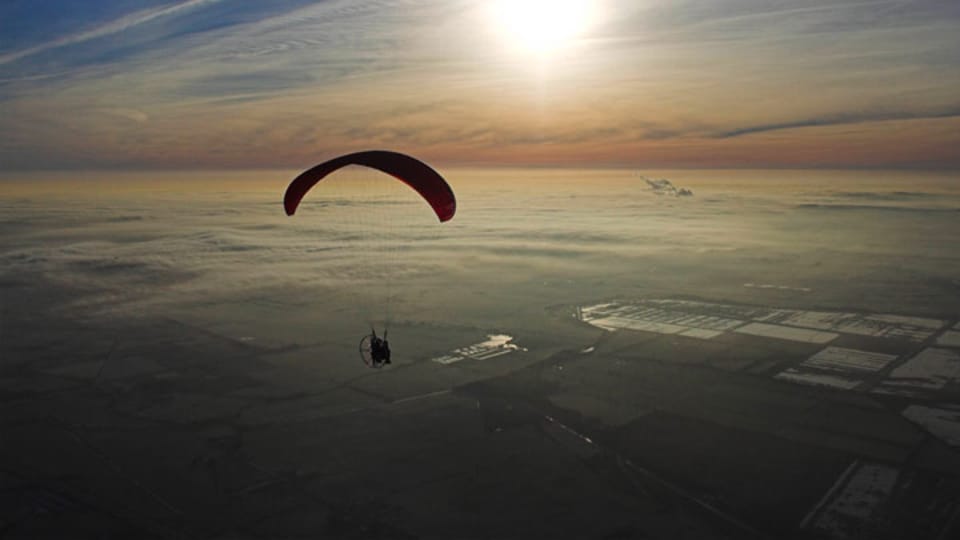 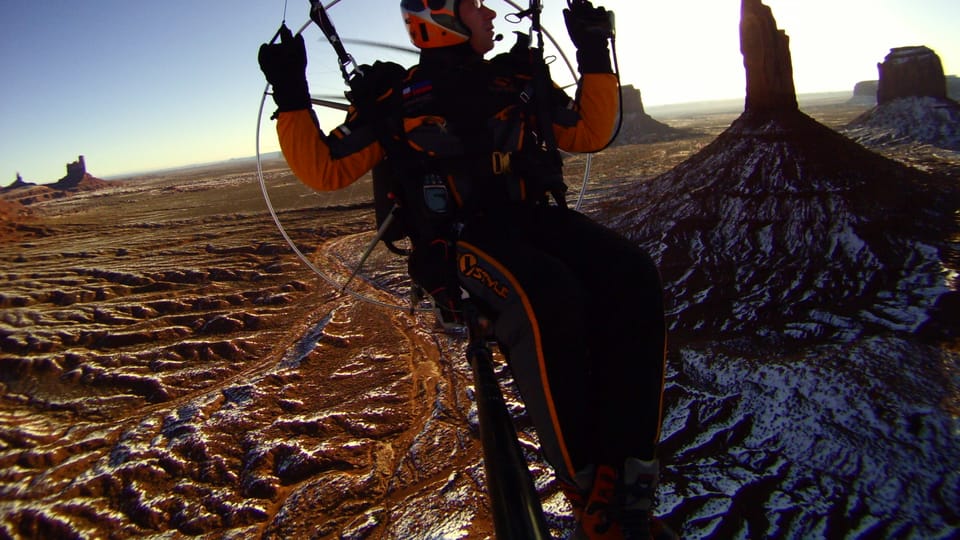 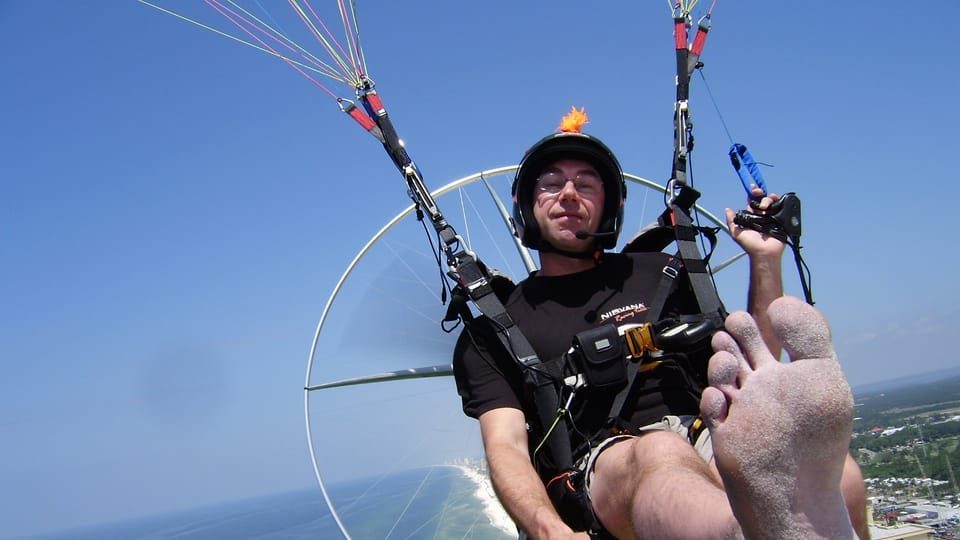 One of the reasons that Nirvana Systems has been in the news lately is because of the “flying car” – the gyroplane – that was specially built at your hangar in Přerov and supplied with systems by your firm. In what ways is this kind of vehicle different to other aircraft?

“Well, it looks like a little helicopter but it is not. It has a rotor but it is pushed by the propeller. That’s the difference.”

I read that this one was the first that got registration to be able to go out onto Czech roads that was the aim. You can take this onto the road any time?

“Being up in the air is the same as our company name: nirvana. You leave any troubles on the ground and gain a new perspective.”

“Yes we can. The aim here compared to others working on ‘flying cars’ was that we did not want to teach a car how to fly but to teach a gyro how to drive. That was our strategy and it took two years to develop the electric engine system and for the vehicle to meet all traffic regulations, meaning brakes, lights, indicators. We passed many tests an met all the requirements.”

“Of course! It was champagne all around at the company: many people worked very hard for two years to achieve this.”

Pavel Březina flew from Přerov to outside Prague and then drove right into the city centre: that must have turned a lot of heads.

“It was amazing. So many friendly faces, people looking out of shops, lots of cameras, people taking pictures, lots of positive reactions.”

Pavel Březina, photo: archive of Nirvana Systems
Is it true that the Czech police also had their moment?

“Yes they did! They were surprised and you could even say they were shocked! They have to do their controls, of course. They checked that all the documents were in order, the registration, with the authorities, they did a breathalyser. And then they released us with big, big smiles.”

That’s wonderful. And a big thumbs up I am sure. What did Mr Březina do on Wenceslas Square?

“That was the icing on the cake. He just wanted to top everything by having a coffee and to relax.”

If you are someone who needs to get somewhere quickly – why the Gyromotion – why not a helicopter or small plane?

“The biggest difference is in expenditures. A helicopter is a big difference in price and also the usage expenses. If you are comparing planes, with the Gyromotion you can drive home. You can park by the side of your house, in your garden, you don’t need to rent a hangar or anything like that.”

I read that the production of some 40 units is now planned?

“We worked on the engine and other systems for two years to make the Gyro meet all the requirements to be registered for on-road use.”

“We are preparing ourselves for greater cooperation with the company Autogyro Germany and that is all under discussion at this point.”

Who, ultimately, is the ideal customer?

“I think that is someone who is primarily looking for the best quality and best services. Many of our customers grow from free paragliding to powered paragliding to trikes and they know us over the course of many years and we continue to develop new products. Those who like this, will find us.”