Twin sisters Jitka and Květa Válová, named “Dames of Czech Culture” in memorandum this week, were once described by a Communist zealot as an “ulcer on the red face of Kladno”, the industrial Bohemian city of their birth. They rejected the dominant Socialist Realism aesthetic of the 1950s, preferring more abstract and expressive work, long sealing their pariah status. They responded by turning their shared home and atelier into a salon for free thinkers.

During the war, Jitka and Květa Válová, just out of high school, toiled in the Poldi steelworks and took part in forced labour campaigns – and so would find the later ubiquitous images of happy socialist workers rather absurd, hardly a case of art imitating life which they found worth imitating.

Yet the steelworks did prove an inspiration of sorts for the twin artists. For Jitka, in the clash of energy and movement; for Květa, in her embrace of colour in a grey world, full of “grey zones” in which artists could freely express themselves.

Sculptor and curator Dagmar Šubrtová, an expert on their work, led Czech Radio on a tour of their atelier, open to the public since last spring by appointment.

“We’re now in the ground floor atelier of Jitka and, actually, for a time also of Květa. They were painting here side by side, or rather back to back. When their first floor tenant left, Květa moved there, and each had their own studio. Still, it’s remarkable each made such big paintings in such small spaces.”

The sisters’ long-time friend and housemate, Marie Vydrová, says their ateliers have been faithfully preserved but the salon spirit cannot be replicated.

“The space looks as it did before, except that the walls have been repainted. What’s missing is Jitka and Květa – and bottles of wine, ashtrays full of cigarette butts, and lots and lots of friends. All the banned artists from Prague were coming here! Vladimír Preclík, Olbram Zoubek, Adriena Šimotová, Eva Kmentová ... It was very cheerful here.” 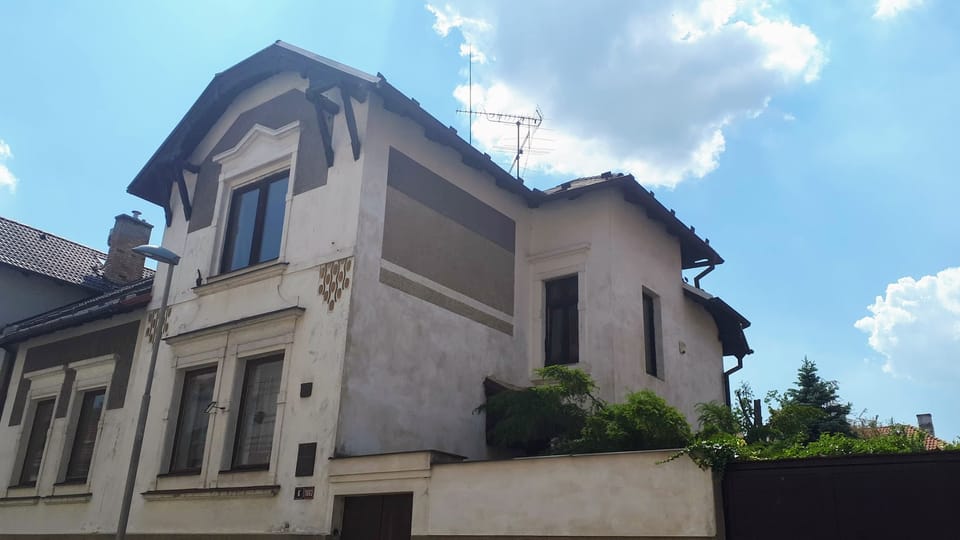 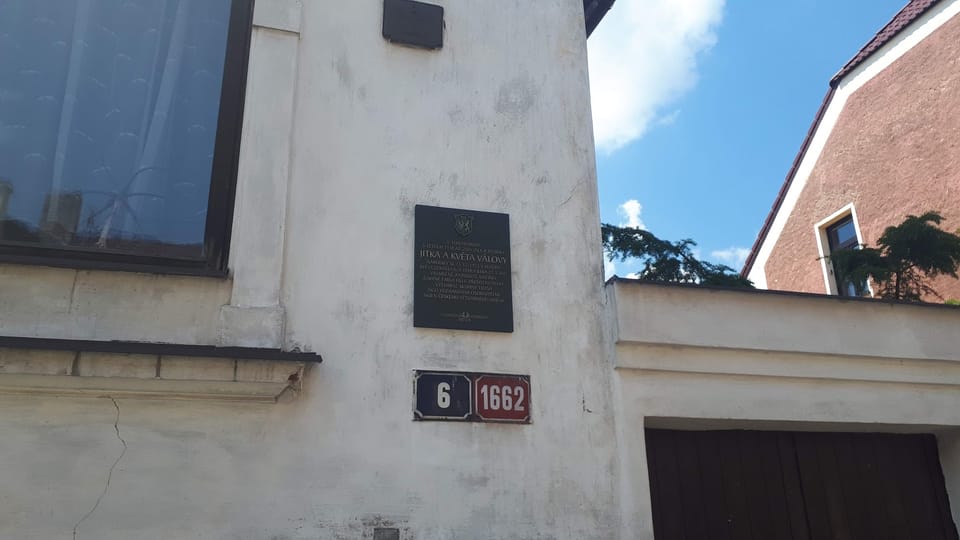 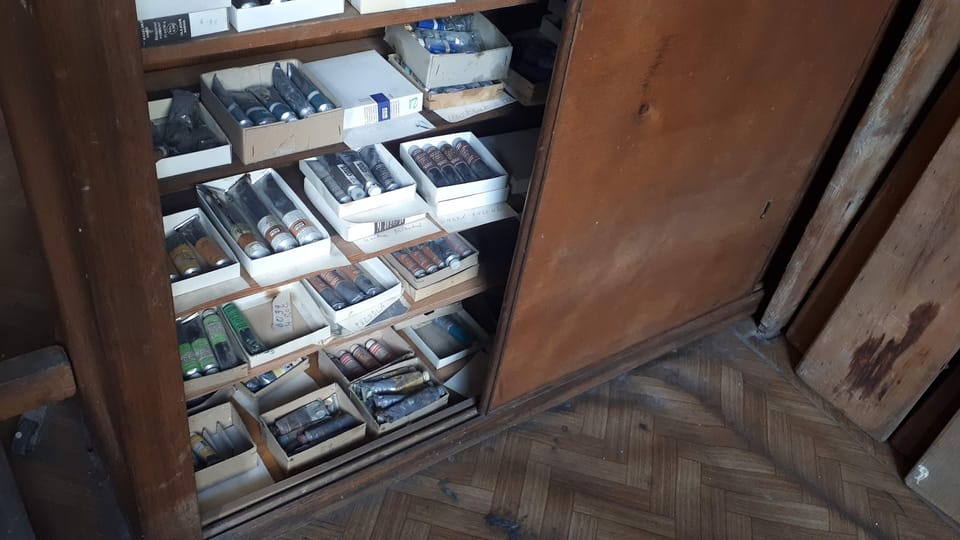 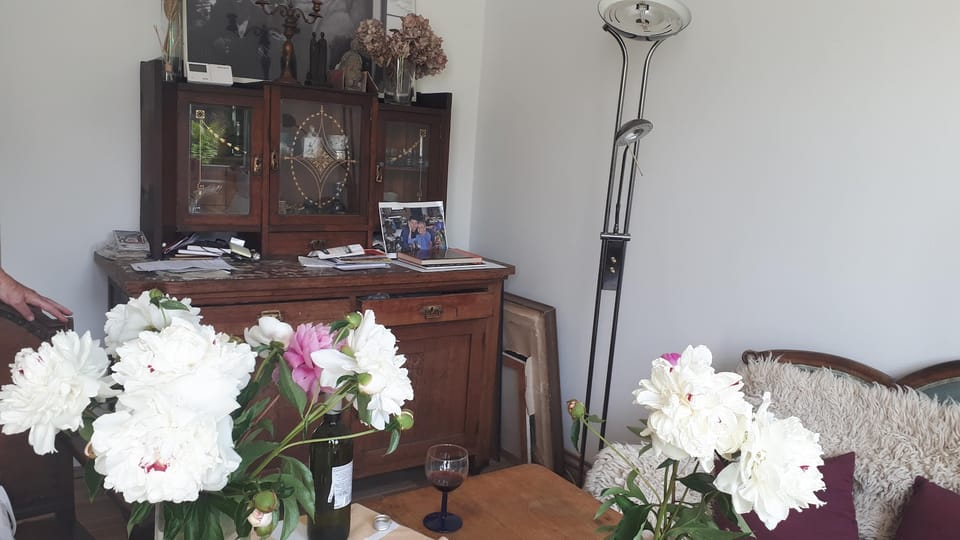 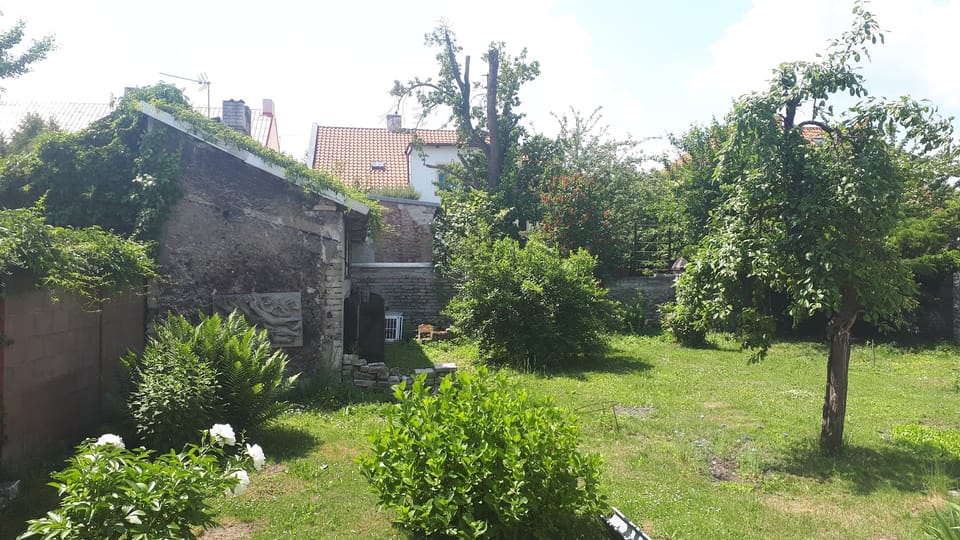 When universities reopened after the war, Jitka studied at the Academy of Arts, Architecture and Design in Prague, while Květa enrolled in a private arts school. But after a year, both transferred to the studio of painter Emil Filla, a leader of the avant-garde and champion of Czech Cubism, beginning a lifetime of close collaboration, says curator Dagmar Šubrtová.

“They were extraordinary also because they were twins and supplemented or complemented each other’s talents. They also had each other’s backs, though the sisters often argued and cursed at each other. They didn’t have it easy. They only became well known in their fifties, so they had to find inner strength to carry on.”

Jitka Válová, photo: Tomáš Vodňanský / Czech Radio
In 1954, along with other students of Filla – who, like Stalin, had died the year before – the sisters formed a group called “Trasa”, or “The Route”. Uniting them was a distaste for Socialist Realism and love of experimentation. Together, members tried to resist the artistic pressures of totalitarianism, and often staged exhibitions, ironically, in factory halls.

Jitka and Květa had their first joint exhibition in 1958, in Kladno’s House of Education. But the sisters were not “discovered” until a 1983 retrospective in Cheb, well into the normalisation period. Now widely fêted, for their art and civic courage this week the sisters received the posthumous titles of “Dames of Czech Culture” awarded by the Ministry of Culture and Mene Tekel festival against totalitarianism.

Today, paintings by the Válová sisters feature in significant collections across the nation. But countless more could be in private homes, says Šubrtová.

“A lot were given away. They didn’t have much money, so, for example, when someone came to fix the water faucet, they might him a picture as payment. I think many families in Kladno have their paintings in their homes, maybe stashed behind a wardrobe, and have no idea what they have! The Válová sisters’ paintings were very expressive. People must be in the mood for that and not everyone displays them.”

The Válová sisters were born in December 1922. Květa died in September 1998, and Jitka in March 2011. In 2002, they received an award from the Ministry of Culture for their work in the field of fine art and architecture. In 2007, Jitka received the medal Artis Bohemiae Amicis from the Ministry of Culture, and in 2009, an honorary doctorate from the Academy of Arts, Architecture and Design. Together with Dagmar Šubrtová, Jitka compiled a book of her late sister’s drawings entitled Velký svět v malých linkách (A Big World of Small Lines).